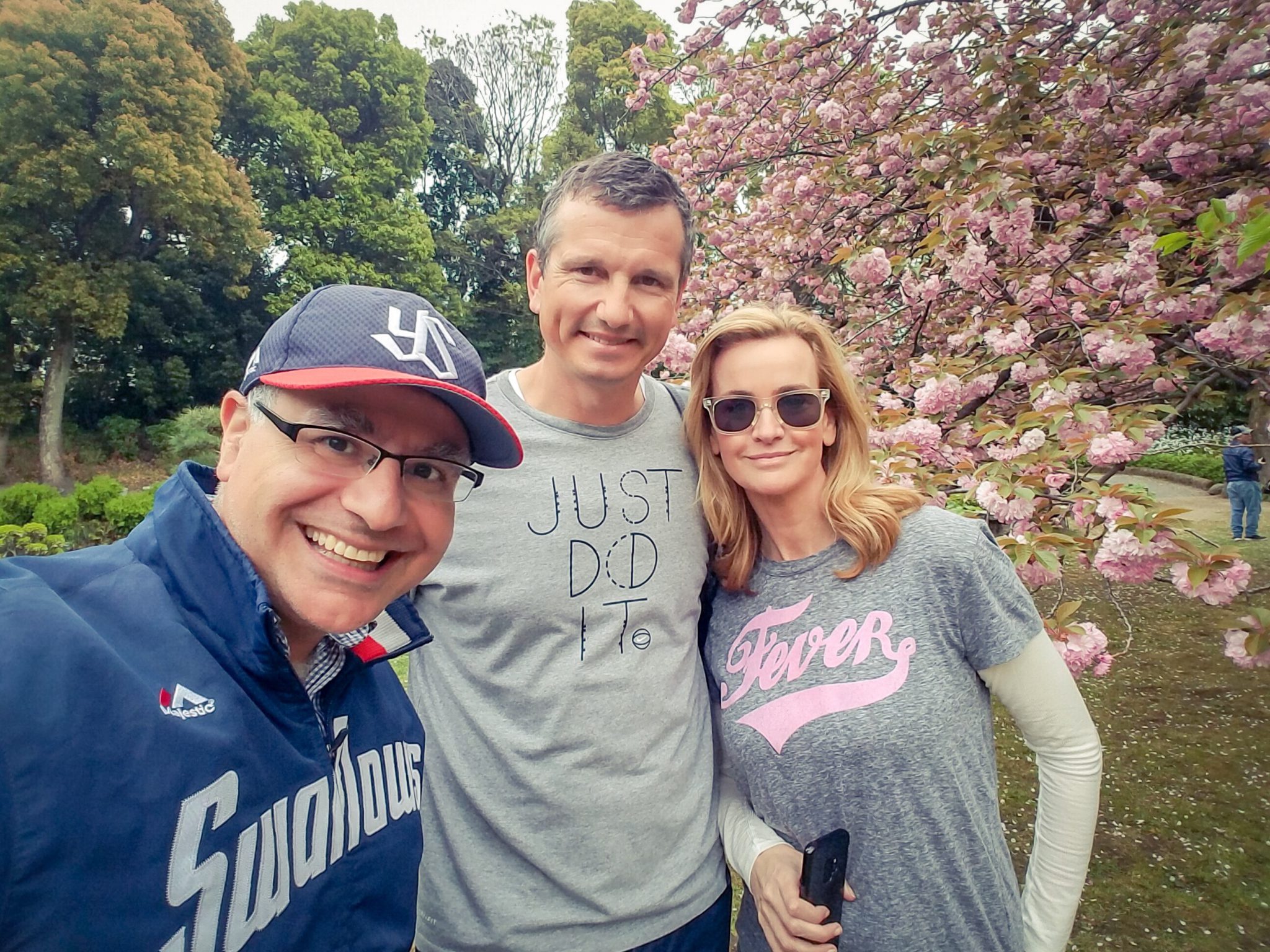 The latest edition of This Week in Tokyo – a review of the Maction Planet week that was and a look ahead to what’s coming up in and beyond the city. Check out photos from our tours and read insights into our explorations as we get under the skin of the World’s Greatest Metropolis, and beyond. This week’s edition, showcasing another fully-booked week for Maction Planet, is hosted by Mac, our Founder and Lead Guide. This week: Daphne Deckers, Richard Krajicek and Mac; We Didn’t Start the Fire; Meiji Jingu Pomp and Circumstance; Trouble on the Tozai and Pig in the City!

Featured image – Daphne Deckers, Richard Krajicek  and Mac: It was an honour to host writer, model and TV presenter Daphne Deckers and 1996 Wimbledon Champion Richard Krajicek for a day of exploration and adventures in the World’s Greatest Metropolis. We had lots of fun exploring the backstreets of Tokyo and its ramen, shops, shrines, temples and more. I was honoured to be given a shout-out on Daphne’s social media, where she has almost 100,000 followers! To see more of what they have been up to in Japan, follow Daphne on Instagram. 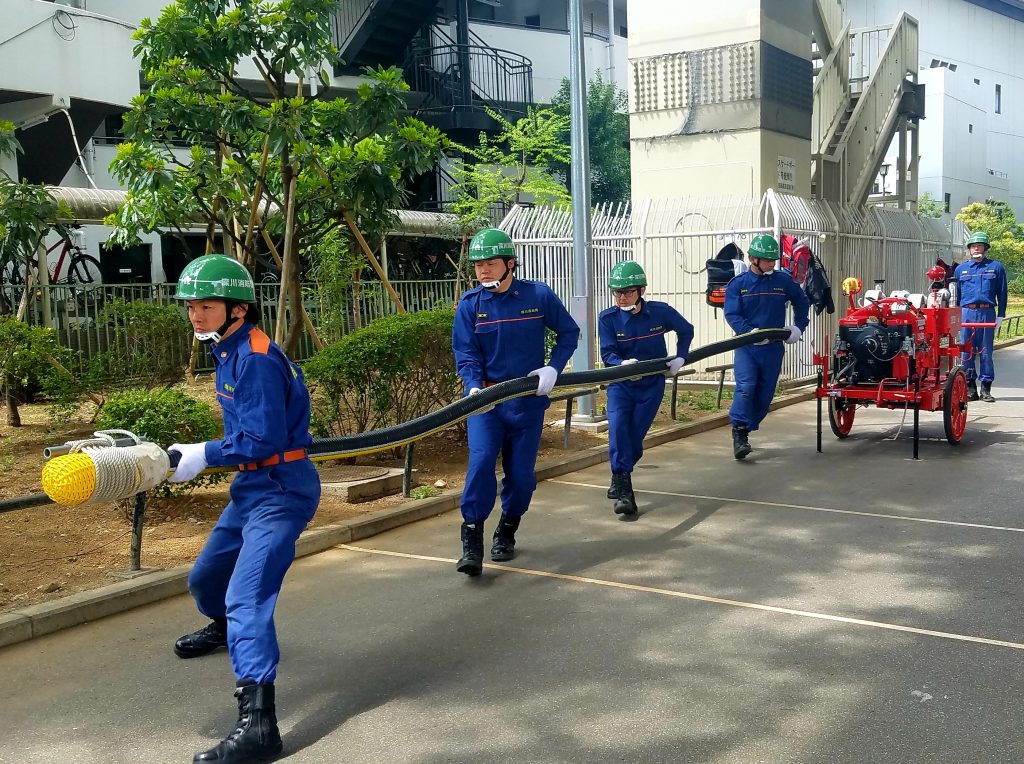 We Didn’t Start the Fire: While guiding Julia and Steve on Sunday 21 April we were lucky enough to stumble across this fantastic display of firefighting skills (simulation, not reality) by the brave firefighters of Koto-ku. 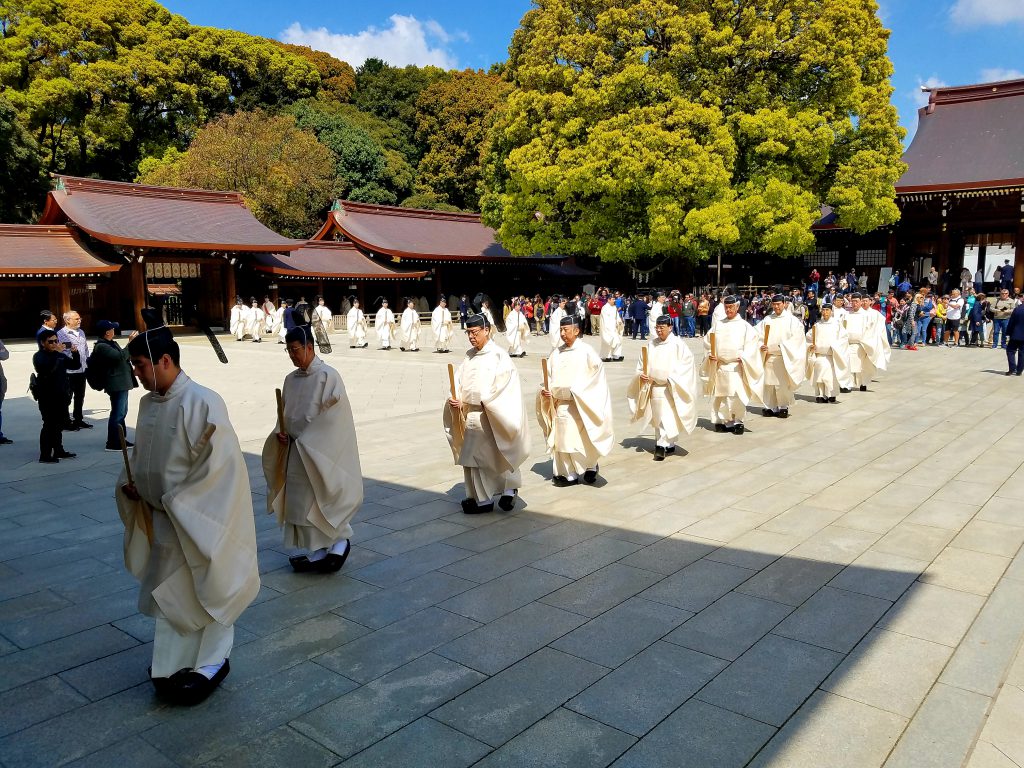 Meiji Jingu Pomp and Circumstance: It is very important for me to show my guests that Tokyo, even its most traditional places, are alive… which is why Tessa and her family ‘stumbled’ on this ceremony on 18 April at Meiji Jingu. There was zero English language information about this priest parade, but going the extra mile for my guests is something that I love to do to enhance their experience with Maction Planet in the World’s Greatest Metropolis. Judging by Tessa’s TripAdvisor review, the efforts were worth it! 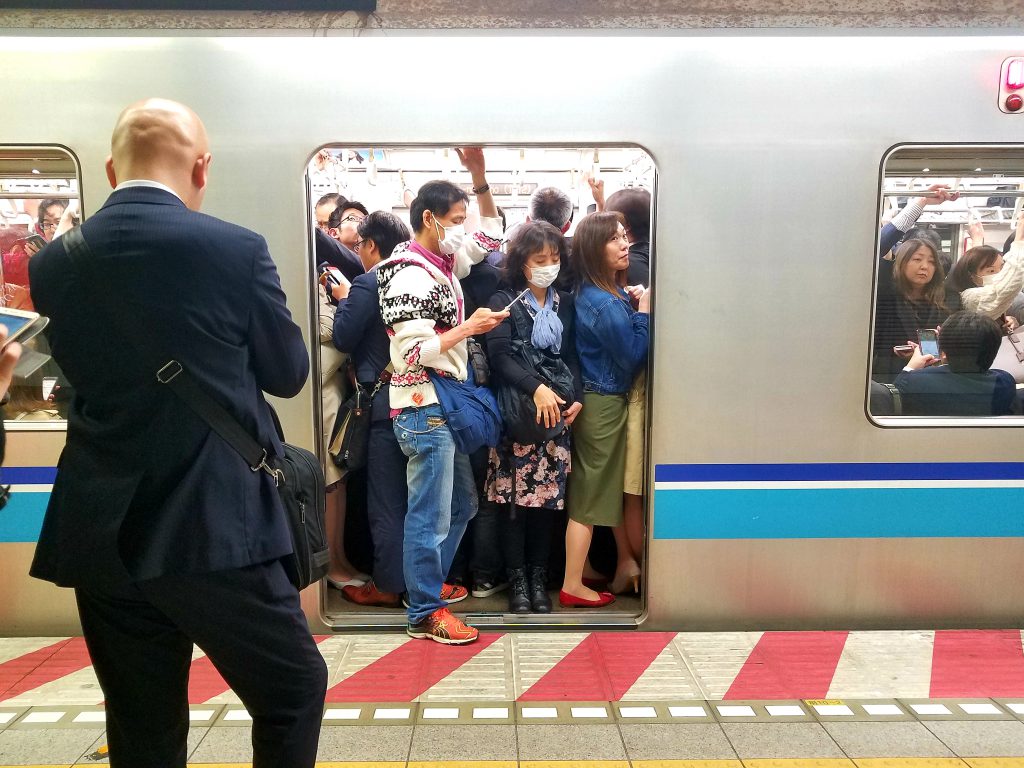 Trouble on the Tozai: When there is a delay on the trains in Tokyo it really makes you appreciate the sheer volumes of people which are being shifted each minute through the city. This photo, taken at 18:45 at Monzen-Nakacho on  Friday 19 April 2019, shows exactly what I mean! 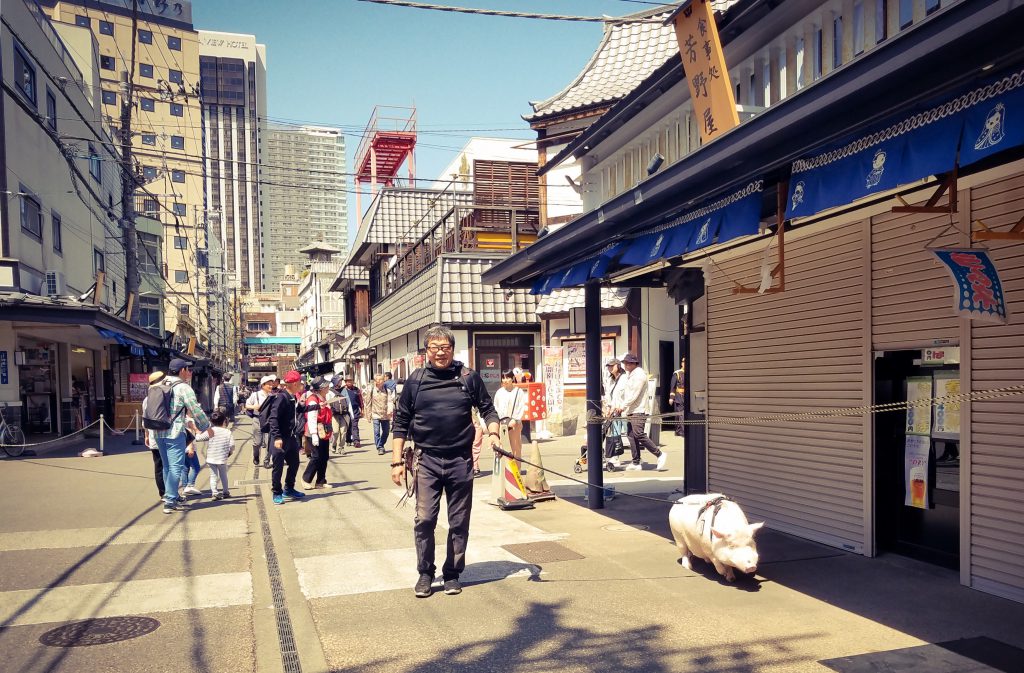 And finally – Pig in the City: I spotted this pig being walked by its master (or is that the other way round) while guiding Ch’un Lin and her amazing family around Asakusa on 20 April 2019 at the start of two 12-hour days filled with temples, shrines, knives, origami, washi, digital art, owls, tonkatsu, ramen, desserts aplenty and much much more. Another memorable moment in the World’s Greatest Metropolis.