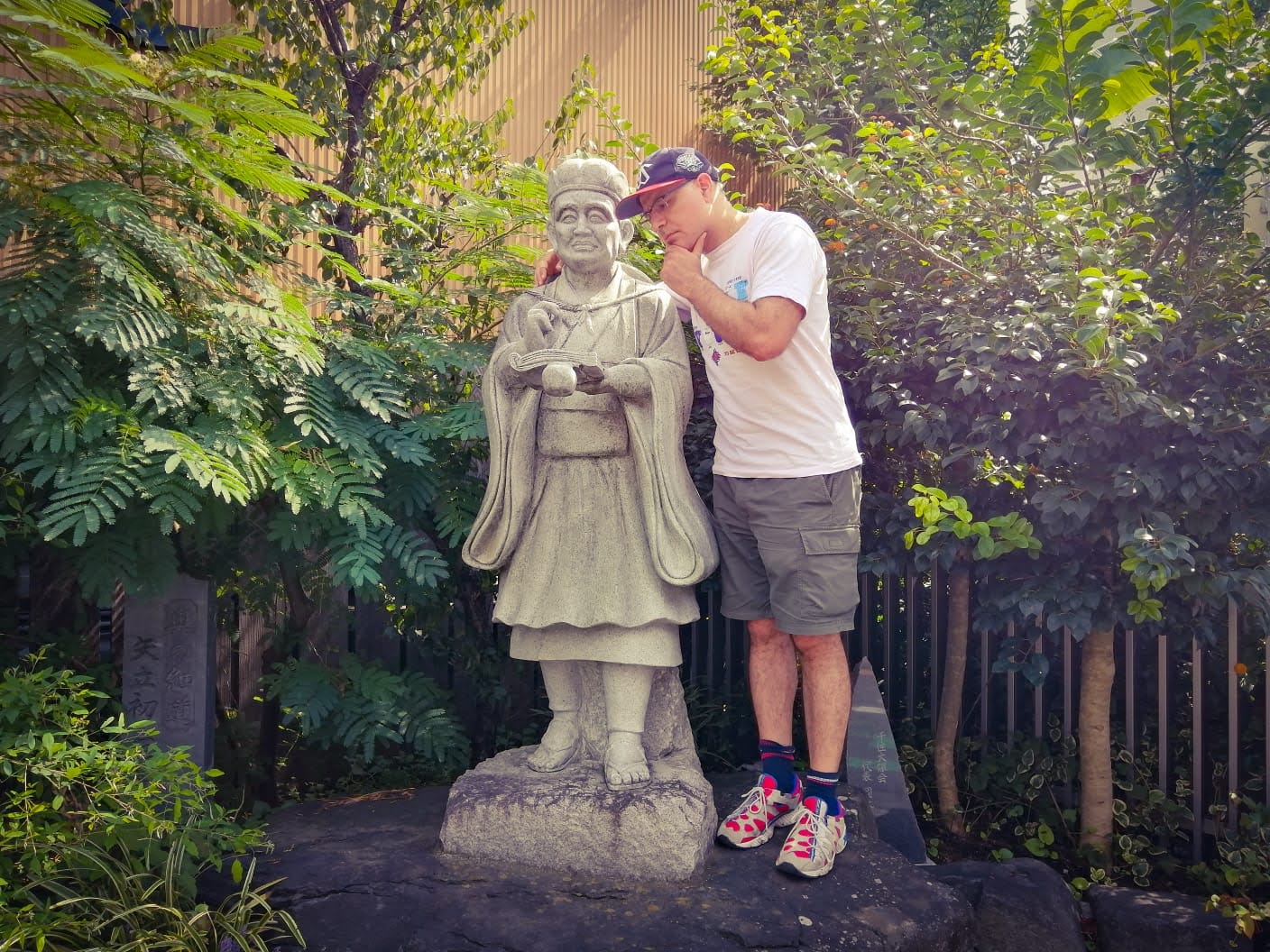 Welcome to another edition of ‘This Week in Tokyo’! ‘This Week in Tokyo’ is a review of the Maction Planet week that was and a look ahead to what’s coming up in the city. Check out photos from our adventures and read insights into our explorations as we get under the skin of the World’s Greatest Metropolis, and beyond. This week’s edition is hosted by Mac, our Founder and Lead Guide. This week: Mac and Matsuo; Time Flows: Reflections by 5 Artists; Pizza Ramen or Ramen Pizza?; Peko-chan’s mask game on point and Final call for Chef Koji’s Masterclass.

Featured image – Mac and Matsuo: Basho that is. This statue stands close to the Senju-Ohashi, the first bridge over the Sumida river, completed in 1594, and marks the beginnings of the Basho’s journey to Tohoku as described in his masterwork Oku no Hosomichi, or The Narrow Road to the Deep North. He began on May 16, 1689, leaving Edo with his student and apprentice Kawai Sora on a journey to the Northern Provinces of Honshu. They reached as far as Hiraizumi, which they reached on June 29, before walking to the western side of the island and hiking back at a leisurely pace along the coastline. During this 150-day journey Bashō travelled a total 2,400 km. Fast forward to today and he is synonymous with haiku both in Japan and overseas. Looking over his shoulder was an honour. 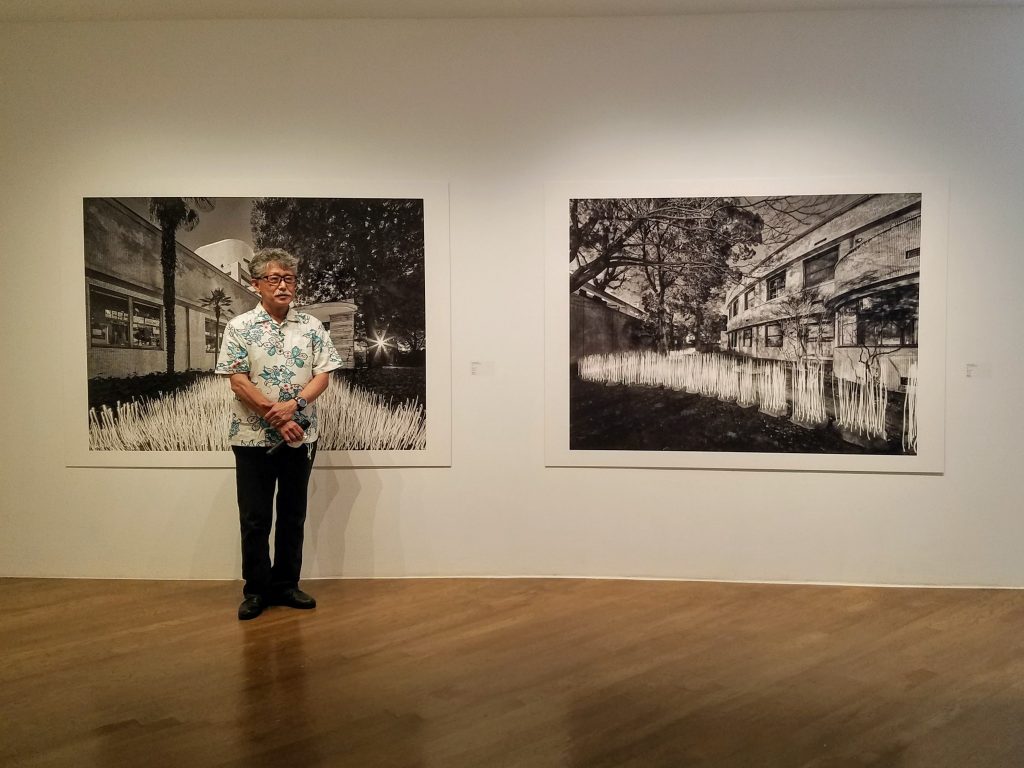 Time Flows: Reflections by 5 Artists: I was invited to the press day for the exhibition ‘Time Flows: Reflections by 5 Artists’ which is running at the Hara Museum of Contemporary Art from 19 September 2020 – 11 January 2021. Amidst the turbulence of 2020, this exhibition asks the question “Is it possible for us to perceive, much less remember the everyday phenomena and emotions that arise only to disappear on the outer edges of our consciousness?” The five artists featured in this exhibition – photographers Tomoki Imai, Tamotsu Kido and Tokihiro Sato; video animator Masaharu Sato; and the video installations of Lee Kit –  all see to capture the ever-changing flow of the world that surrounds them. At the press day the three photographers all gave talks introducing their works. Pictured is Tokihiro Sato. His contribution to this exhibition consists of new images in his Photo-Respiration series that that were taken at the Hara Museum in Tokyo and the annex Hara Museum ARC in Gunma. The exhibition is fantastic and the fact that Sato’s images feature the museum itself is a lovely epithet to the Hara, which is closing next year (sob, sob). 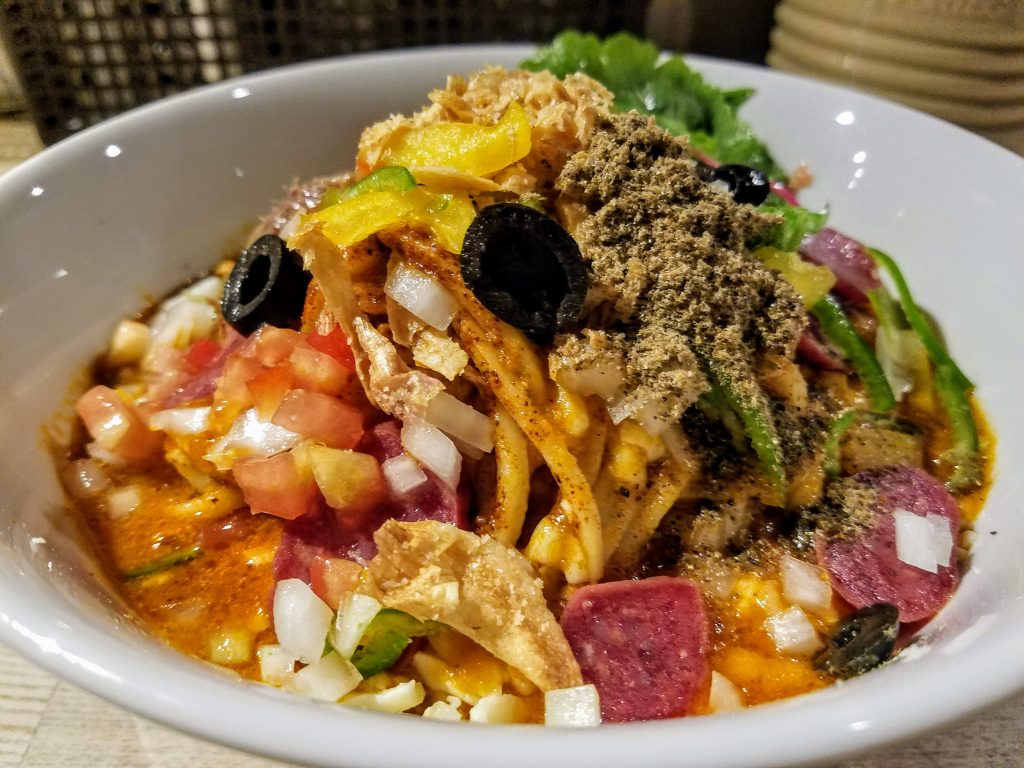 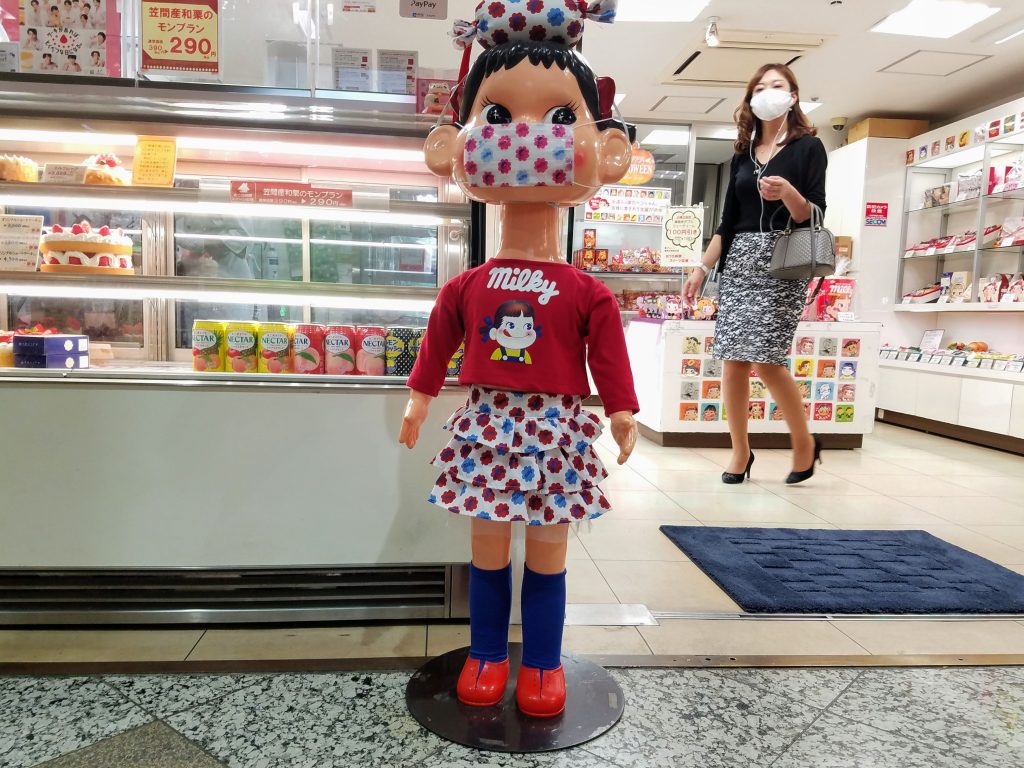 Peko-chan’s mask game on point: Peko-chan has been featured on the Maction Planet blog multiple times in various costumes. The perennial 6 year old continuous to be fashion conscious and aware of the zeitgeist. Here she is sporting a mask and a sweater of herself, spotted in Nakano Broadway on Thursday 17 September 2020. 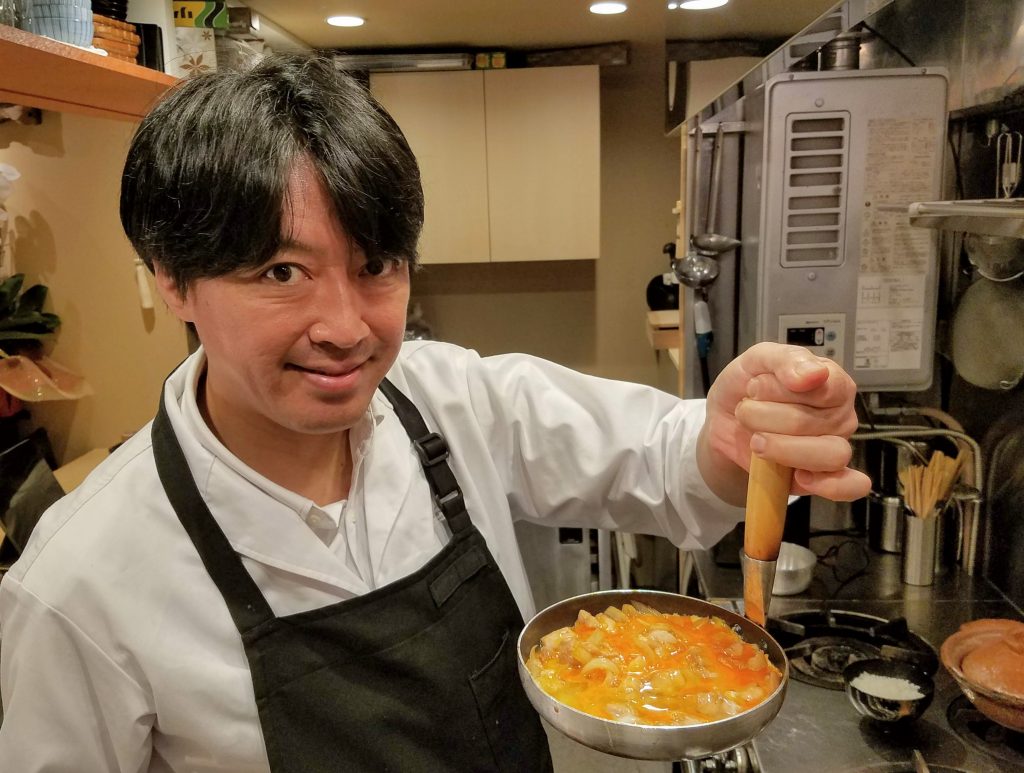 Final call for Chef Koji’s Masterclass: We still have some spots left for our Japanese Cuisine Masterclass with Michelin-honoured Chef Koji Kawaguchi on 27 September. We are running three sessions: 0:800 JST, 11:00 JST and 18:00 JST.

In his first-ever online class, you will get the opportunity to watch, learn, and connect with Chef Koji as he takes you on an unconventional culinary journey to the heart of Japanese cuisine! You will immerse yourself in the evolution of Chef Koji’s professional career and the techniques behind his remarkable recipes. You will not only get to discover the inspirations behind some of his signature appetisers and his takes on traditional dishes (see header image of this post), but you will learn how to recreate these original recipes in the comfort of your home.
More details here: https://www.mactionplanet.com/blog/japanese-cooking-masterclass-koji-kawaguchi/

Coming up we also have our online interactive Katsu Curry cooking class on 11 October. Spots are filling up fast for that one!

Email info@mactionplanet.com to sign up for any of our online experiences!