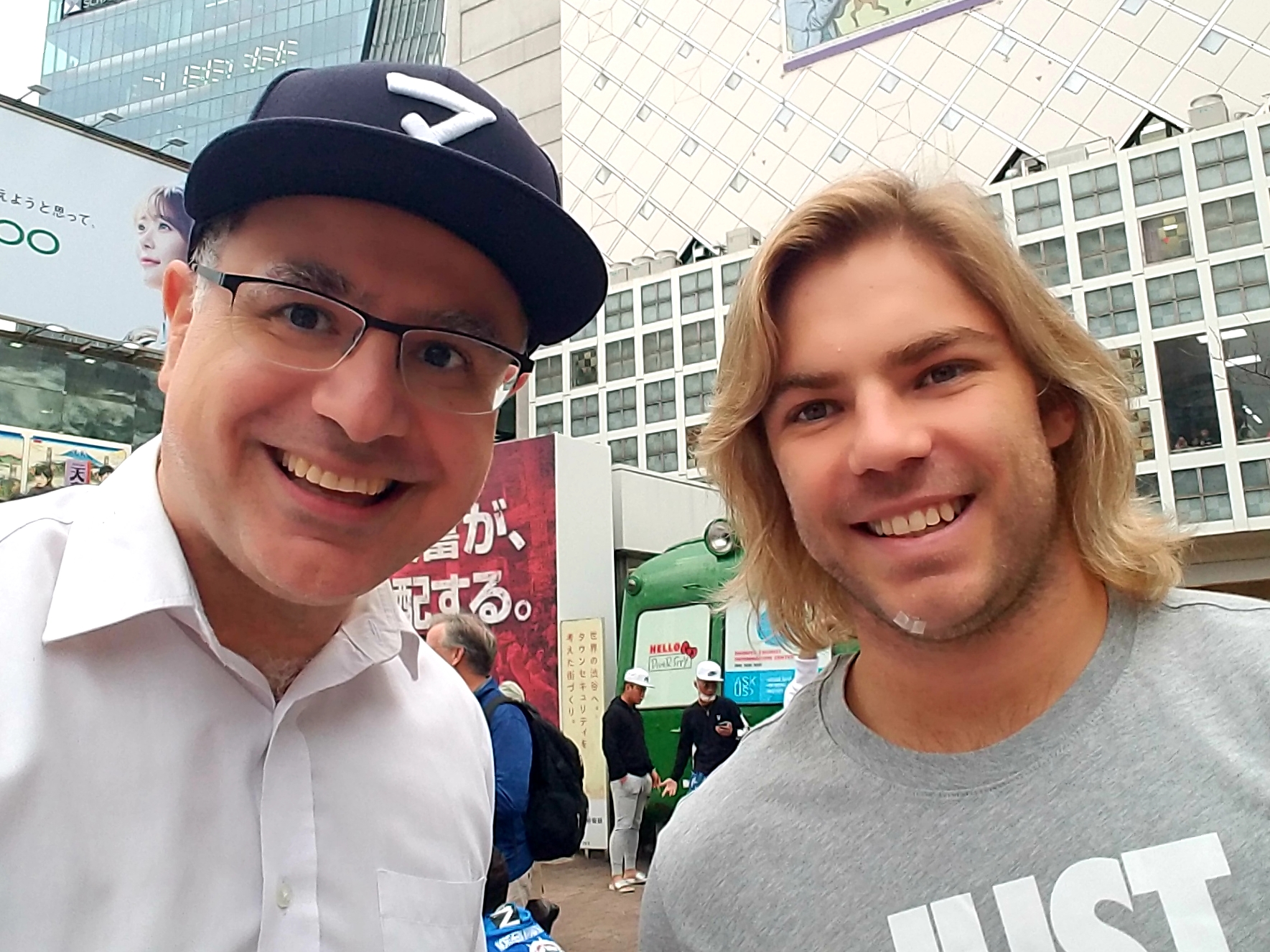 We once again begin the latest edition of This Week in Tokyo with a message of support, love and respect to the victims and those who continue to be seriously affected by the impact of Typhoon #19 AKA Typhoon Hagibis.

Mac, our Founder and Lead Guide, was there to witness the end of the Japan Rugby Team’s World Cup 2019 journey as they were defeated by South Africa in the Quarter Finals on Sunday. Head held high with pride at the team’s incredible performances, he is back with his perspective on this week: Meeting Faf de Klerk in Shibuya; Ren-G; Japan vs South Africa; Amazing guests and VIP Karaoke!

Ren-G: It took a while, but I finally got to meet Rugby World Cup 2019 mascots Ren-G on Saturday at New Zealand vs Ireland! 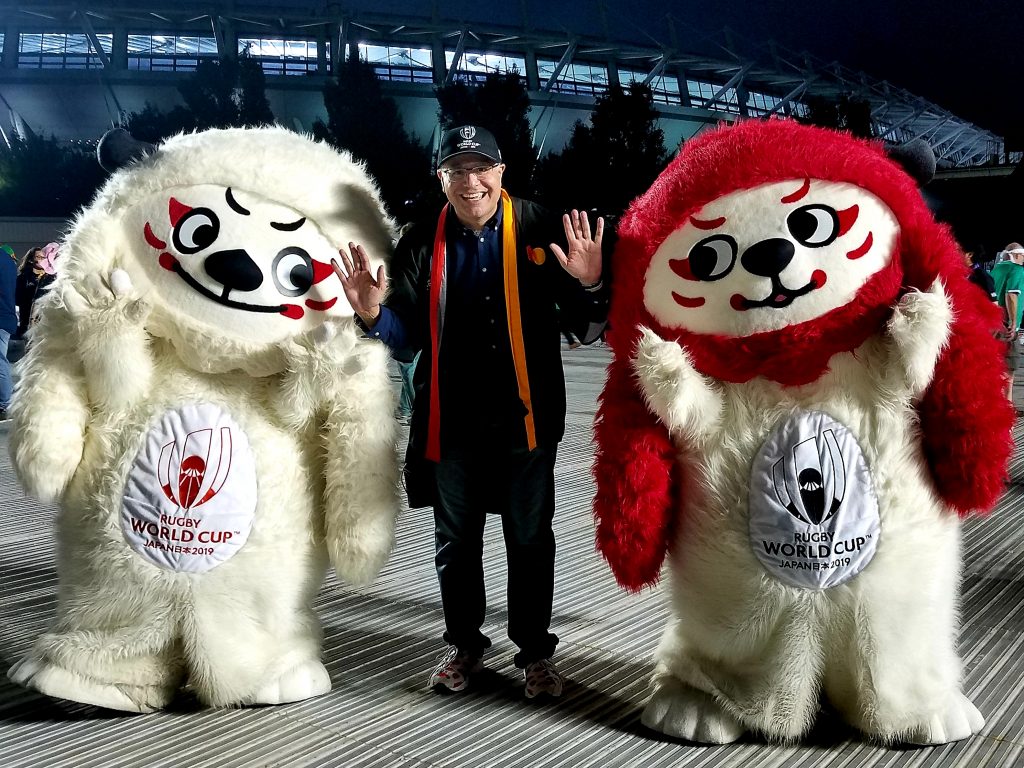 Japan vs South Africa: I don’t think many imagined that Japan would reach the Quarter Finals of Rugby World Cup 2019 before the tournament began, let alone in such spectacular fashion: winning all four of their pool matches including victories against Tier 1 nations Ireland and Scotland. They are the first Asian nation to reach the Quarter-Finals. Despite losing to South Africa on Sunday, the team can hold their heads up high as they inspired a nation during a period of serious impact from natural disasters. Although the team are out, the tournament goes on for the nation as we look forward to the two semi-finals, England vs New Zealand and Wales vs South Africa, next week in Yokohama! 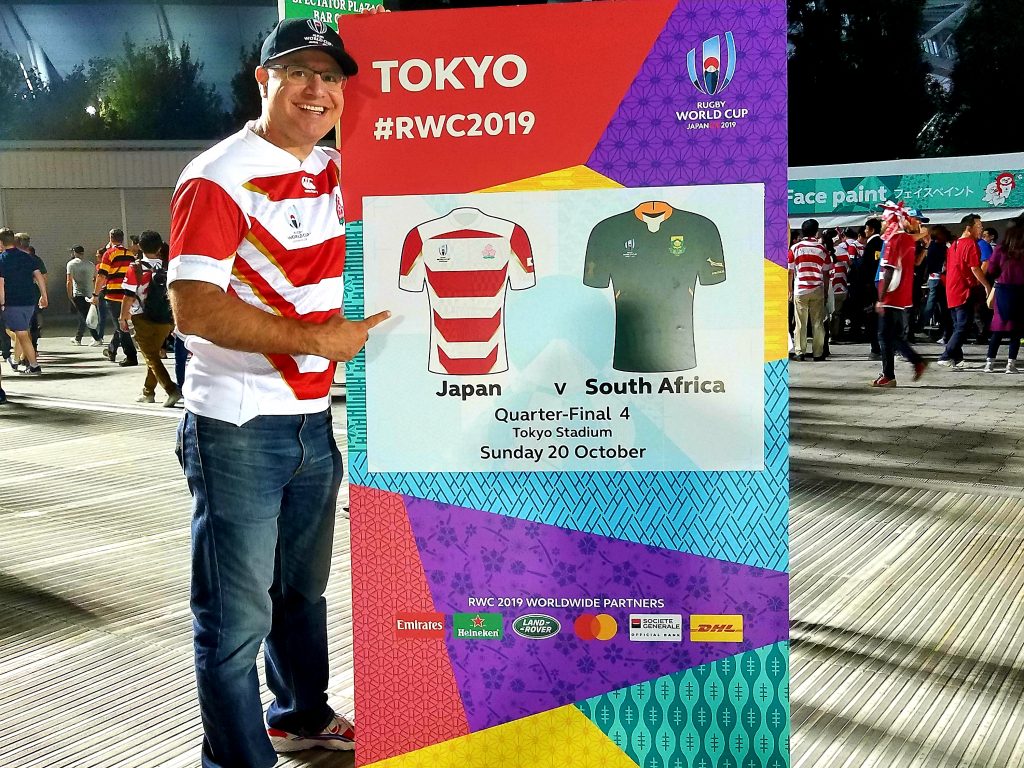 Amazing guests: Lex and her sister Ashlee toured with me along with the rest of the Bradford family in June 2019 on a Maction Planet Pan-Japan tour. James and his brother Paul did the same in April 2018. Seeing them independently connect on Instagram made me very happy, especially when they were saying such nice things! We love our guests! 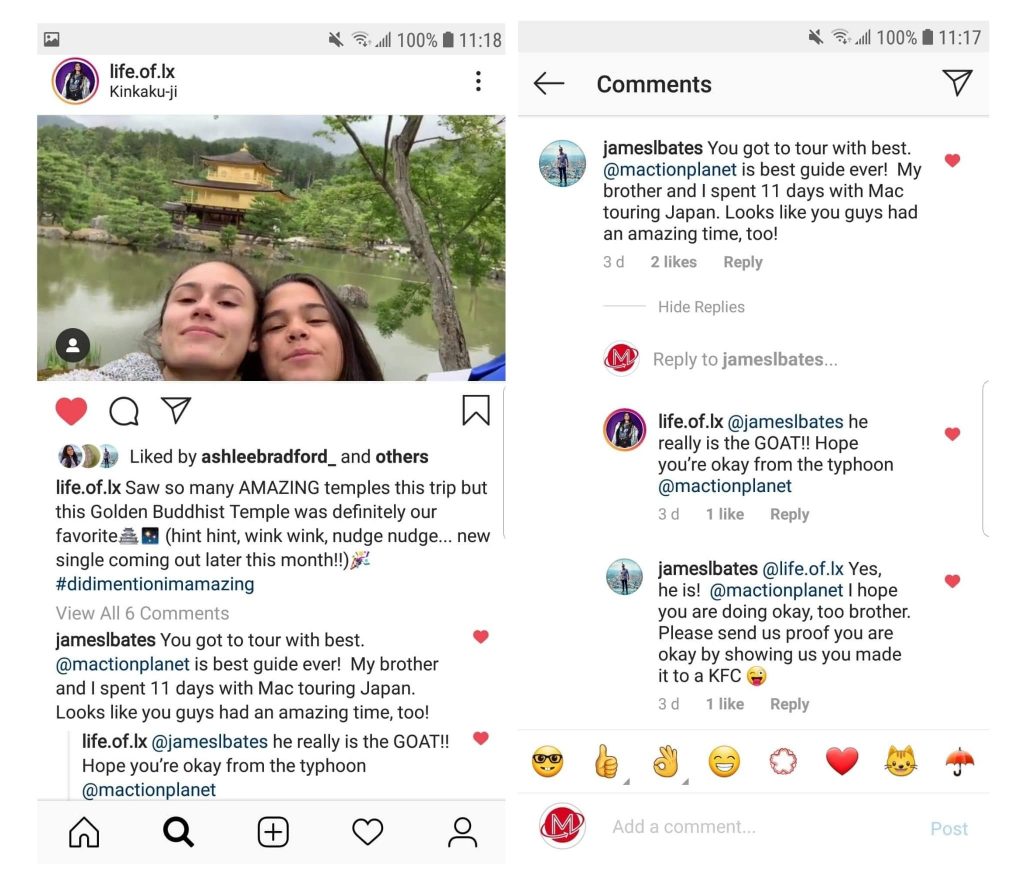 VIP Karaoke: If you are going to karaoke, do it in style. We know where all the best rooms are. 4 minutes after leaving an incredible dinner in Roppongi, my guests were in this gold-wallpapered room singing their hearts out. We had to sing Country Road, which the Japanese Rugby Fans have adopted as their anthem for RWC2019, albeit with the words changed to Victory Road! 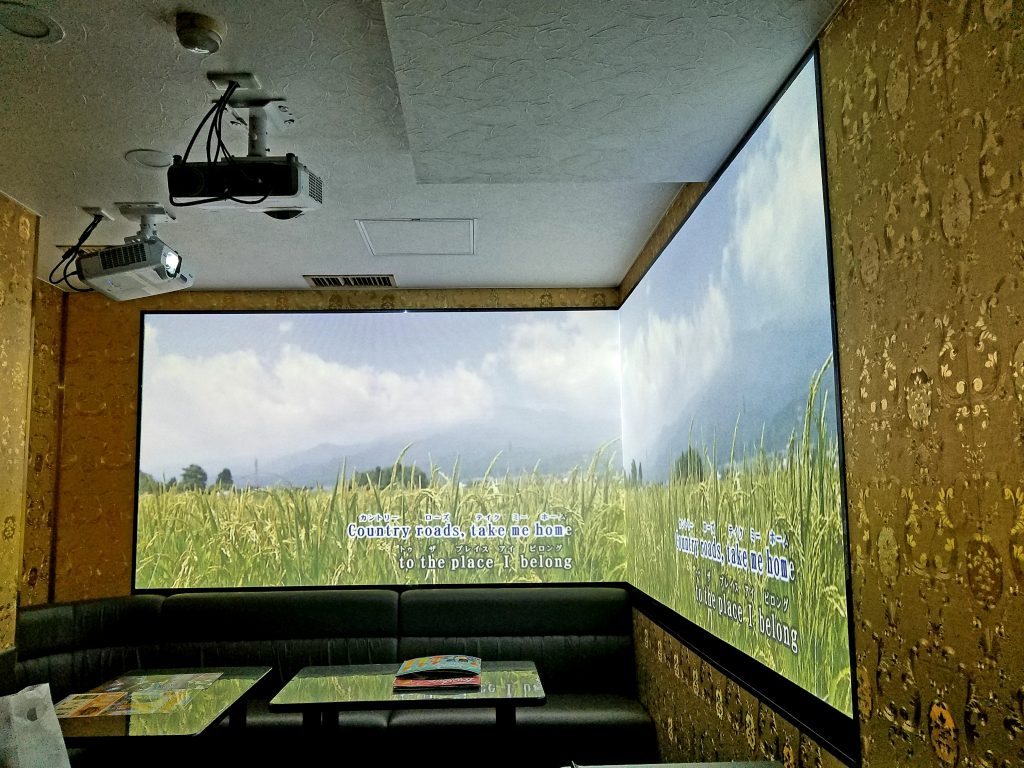