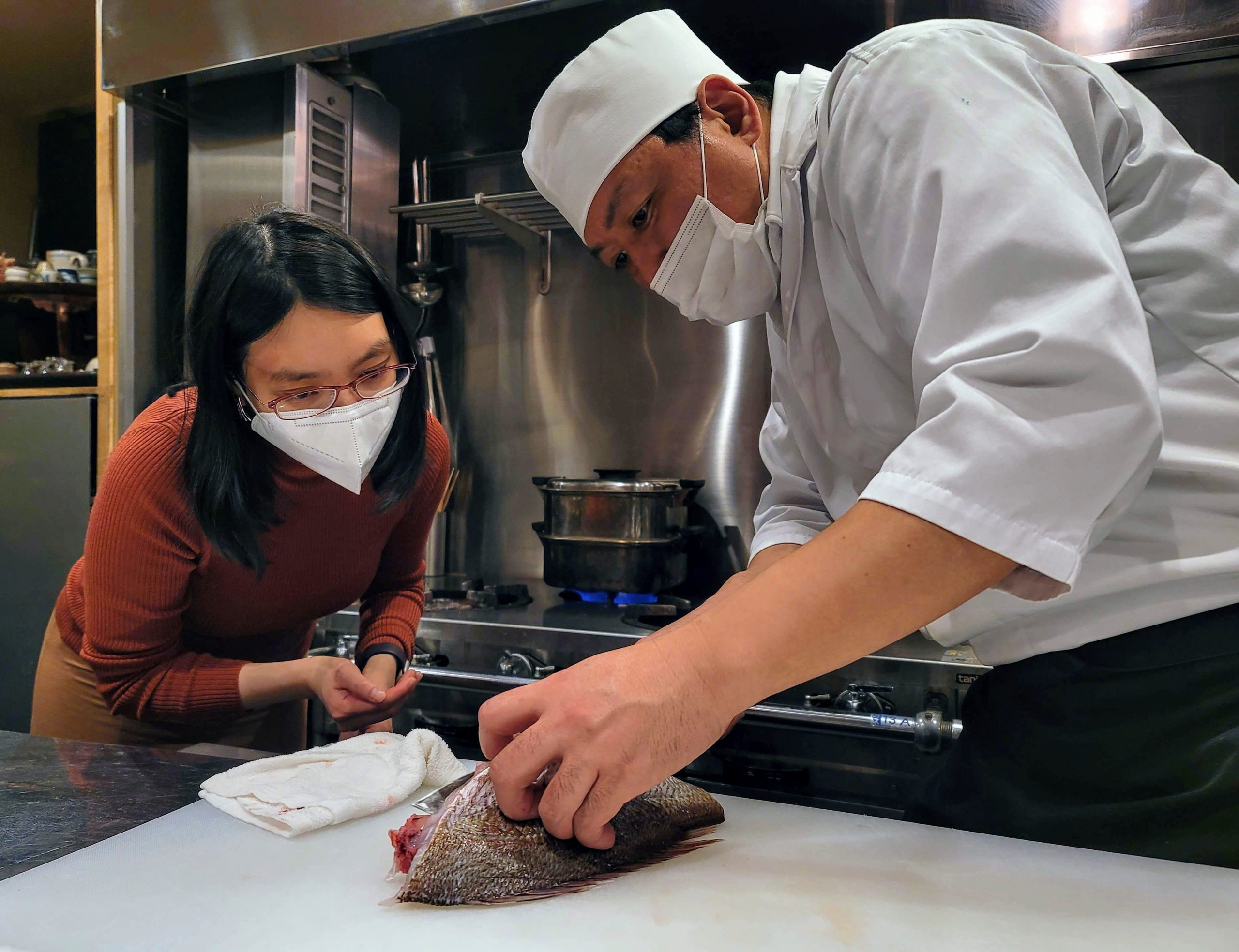 Welcome to ‘This Week in Tokyo’, a review of the Maction Planet week that was and a look ahead to what’s coming up in the city. Hosted by Mac, our Founder and Lead Guide, you can check out photos from our tours and read insights into our explorations as we get under the skin of the World’s Greatest Metropolis, and beyond! This week: Chef Koji at work; Maction Planet is 5; Sakura Doughnut; NICE Skating and Takamine Whisky.

Featured image – Chef Koji at work: When Larissa asked us to arrange a special day for her birthday that revolved around food, she never guessed what we had in store for her. A series of unique, bespoke experiences with some ‘braggings rights’ level access which was kept a total surprise until the final reveal. All I will say, given the photo somewhat gives it away, is that part of it involved Michelin-honoured Chef Koji Kawaguchi sharing his expertise.

We pride ourselves on delivering personalised experiences like these in the World’s Greatest Metropolis, and beyond. To book yours, contact info@mactionplanet.com today!

There has been no international tourism for 40% of that time, but that hasn’t stopped us!

To find out more about the 12 months on Maction Planet, check out this press release!

I would like to thank everyone who has been part of the success of Maction Planet. Kanpai, and we continue…

Sakura Dougnut: This week, Starbucks Japan dropped their 2022 sakura-themed limited-edition merchandise, along with this year’s cherry blossom beverages include a Sakura Strawberry Shiratama Frappuccino and a Sakura Blooming Milk Latte. I went straight for the sakura doughnut, pictured here at the Tsukiji Ekimae branch.

NICE Skating: Ice skating is popular here, and you’ll find rinks across Japan. While most are indoors, there are a few outdoor ice rinks open exclusively in winter. Some of these are very special – for example, the natural ice rink at Ice Land Akan in Kushiro, Hokkaido.

The rink at the foot of Tokyo Skytree opened up at the start of December 2021. Until early March you can show off your skating skills in the shadow of the second tallest man-made structure on Earth – all 634 metres of it. After dark, the illuminations make the experience especially enticing. As the advertisement says, “Have a NICE Ice Skating!”

Takamine Whiskey: What connects, the isolator of adrenalin, Washington DC’s Cherry Blossoms and the bottle of whiskey I’m reviewing in the video above? Find out as I put Takamine Koji Whiskey 8-year to the test on Kanpai Planet.

I don’t want to give too much away, but I can guarantee that the story which unfolds in this video is beyond belief and needs to be better know. Watch it, and I’m sure you’ll agree. Kanpai!