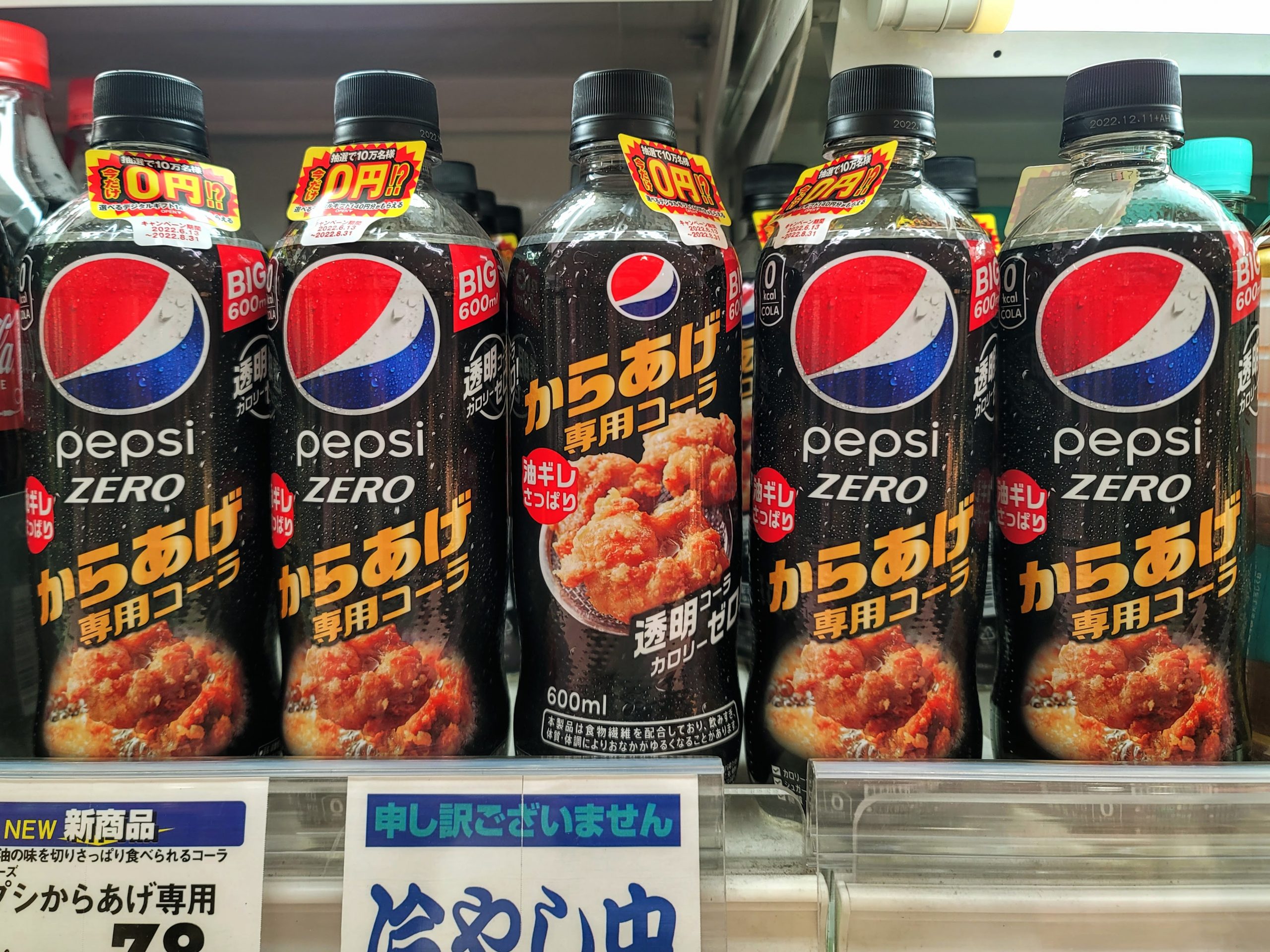 Welcome to ‘This Week in Tokyo’, a review of the Maction Planet week that was and a look ahead to what’s coming up in the city. Hosted by Mac, our Founder and Lead Guide, you can check out photos from our tours and read insights into our explorations as we get under the skin of the World’s Greatest Metropolis, and beyond! This week: Fried Chicken Pepsi; Hita City; Shin-Ultraman; Polish Festival 2022 and Pot Still K from the Shizuoka Distillery!

Fried Chicken Pepsi: Japan is a country blessed with many limited-edition drinks. The latest from Pepsi, which dropped on 14 June 2022, is designed to pair with karaage, Japanese fried chicken. Called ‘Pepsi Karaage Senyo Cola’ (Pepsi Exclusively for Fried Chicken), the colourless beverage dials down the sweetness of regular Pepsi to enhance the flavour of fried chicken, and adds dietary fibre to cut through the oiliness of the chicken. It’s zero calories too, pretty handy given the fried chicken you’d be eating with it. Win-win?

Hita City: I was honoured to be invited by Tokyo Weekender to their Feel Japan Expo this weekend and to learn more about Hita City in Kyushu. During the Edo Period, Hita was home to an office of the Tokugawa Shogunate. Trust the top dog in Japan to choose an area resplendent with nature, culture and great food and drink.

I got to enjoy some of that liquid refreshment in some beautiful cups traditional to the area. From left to right we have Yuijikomi Junmai Daiginjo sake from Inoue brewery, Yumehibiki Umeshu from Umeshugura Oyama and Pear Liqueur Rien from the Oimatsu Brewery.

I also got a chance to create my own fragrance pouch using wood shavings from Hita – fir, camphor, cypress and cedar. I look forward to enjoying the beautiful aroma of the area’s abundant forests for a long time to come. It’s made me even more excited to visit!

Shin-Ultraman: I finally got round to seeing Shin-Ultraman, which was released on 13 May 2022 in Japan. A reimagining of the franchise, it’s the 37th Ultraman film. Hideaki Anno and Shinji Higuchi continue their work in the Shin Japan Heroes Universe after Shin-Godzilla and the upcoming Shin-Kamen Rider.

It’s a must-watch for tokusatsu fans, and lots of fun for the general moviegoer. It could easily have been a four-part self-contained Ultraman miniseries and lacks the subtext and social commentary of Shin-Godzilla. However, Ultraman and the kaiju on the big screen are fantastic. Shuwatch!

Polish Festival 2022: The Polish Festival in Tokyo is the largest annual event promoting Poland and Polish culture in Japan and takes place as part of the Polish Heritage Days. 18 June saw the 14th running of the event, which featured exhibitions, workshops, Polish goods, souvenirs, food and drink in Shibuya Stream Hall and Inaribashi Square. Liquid refreshment was provided by Żubrówka Vodka, Dictador rum and Hino Brewing – the latter two are co-owned by Poles, hence the connection. Maction Planet has welcomed many guests from Poland in the past, and I look forward to doing the same once Japan fully reopens its borders.

The new wave of Japan’s craft distillers are bringing transparency and terroir to the country’s whisky scene. The Shizuoka Distillery is leading the way with this release that uses 100% JAPANESE BARLEY! How does it measure up? Watch the video to find out. Kanpai!