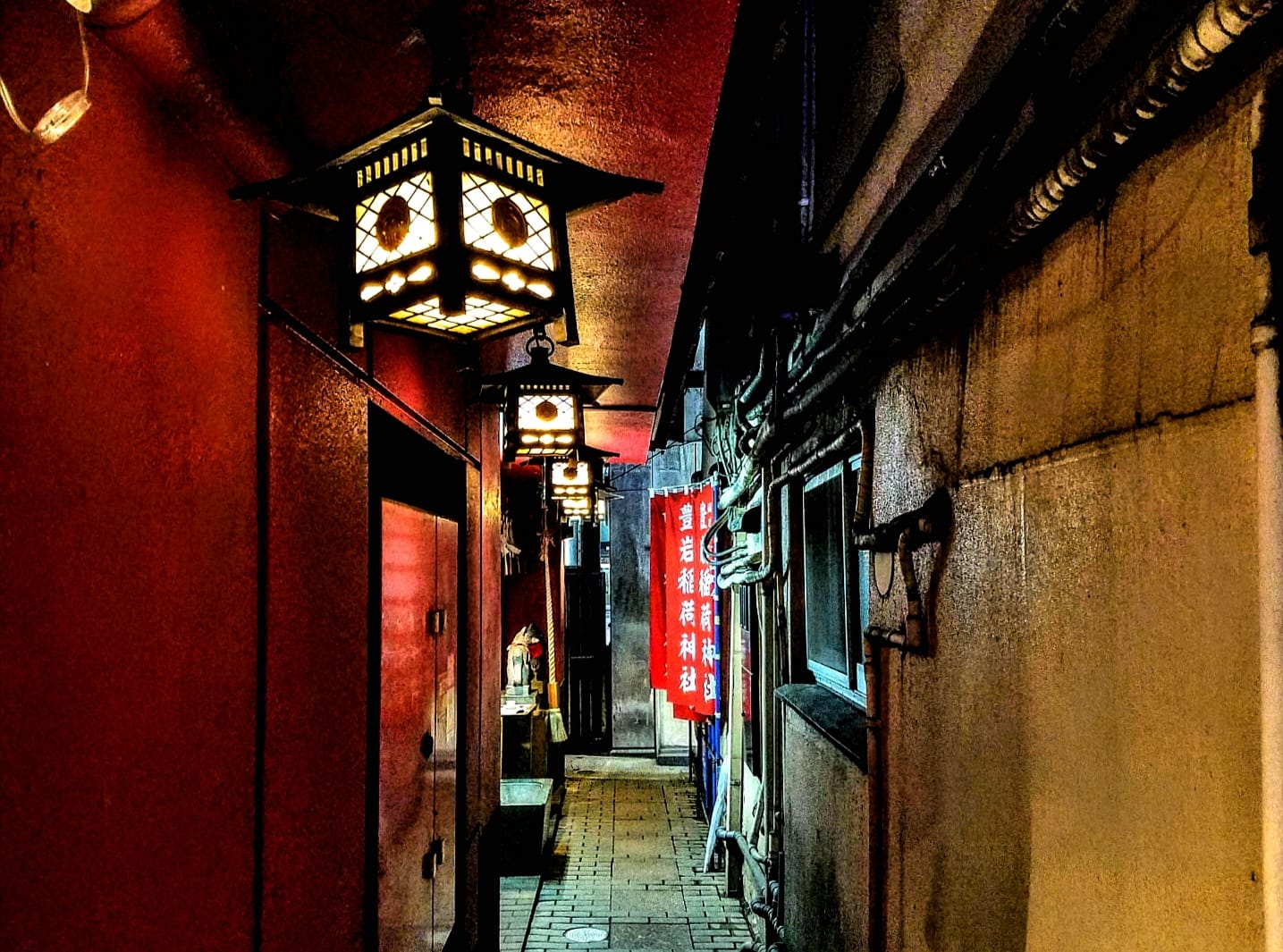 Welcome to the another multi-venue ‘This Week in Tokyo’! ‘This Week in Tokyo’ is a review of the Maction Planet week that was and a look ahead to what’s coming up in the city. Check out photos from our adventures and read insights into our explorations as we get under the skin of the World’s Greatest Metropolis, and beyond. This week’s edition is hosted by Mac, our Founder and Lead Guide. This week: Toyoiwa Inari Shrine; Kotobukidou Koori Yokan; Miffy at Matsuya; Pokesnacks and Chibi Godzilla shills Credit Cards!

During May and June ‘This Week in Tokyo’ featured a single neighbourhood, for example, Todoroki, Sangejaya or Nakameguro, or a specific location, such as Suitengu or Toyokawa Inari Tokyo Betsuin. Two weeks ago, with Tokyo continuing to open up, I expanded my wanderings and adventures while of course wearing a mask and maintaining social distancing.

Featured image – Toyoiwa Inari Shrine: A stone pillar with 豊岩稲荷神社 (Toyoiwa Inari Jinja) carved into it is your only marker that this shrine exists, hidden in the heart of Ginza. Two stone fox (kitsune) statues, a shimenawa rope and a saisenbako (offerings box) await at the end of this narrowest of alleys.

Toyoiwa Inari Shrine has mysterious origins. Oral traditions tell us that it existed at least as far back as the Tokugawa period. Another story suggests Yasuda Sakubei, a retainer of the thirteen-day shogun Akechi Mitsuhide (1528 – 1582), had this shrine built to sanctify the land before building here.

The god Ukemochi-no-mikoto is enshrined at Toyoiwa Inari Shrine, and his association with human connections means the shrine is visited by those seeking luck in love or marriage. The shrine also offers protection against fires. In the late 1800s kabuki actor Ichimura Uzaemon XV prayed for the success of his stage performances here, leading to its association with entertainers.

Kotobukidou Koori Yokan: This is a rare treat – Koori Yokan from Kotobukidou in Ningyocho, Tokyo. Yokan (羊羹) is a jellied dessert made from red bean paste, agar, and sugar. It is usually sold in a block form, and eaten in slices. There are two main types: neri yokan and mizu yokan. Mizu means water and is a traditional summer snack as it is often chilled and eaten to cool down from the heat. Kotobukidou has been around since 1894, and one of their specialities is to freeze the yokan, making it even more refreshing on a summer’s day.

Miffy at Matsuya: The 65th anniversary of Miffy, Dick Bruna’s cute rabbit creation, is being celebrated at Matsuya Ginza in a special exhibition from 23 July – 10 August, 2020. Over 250 pieces – valuable original drawings, sketches, and memos – are on display including 250 making their first appearance in Japan. To make sure you attend, Miffy is currently giving you a death stare at Hibiya Line Ebisu Station. 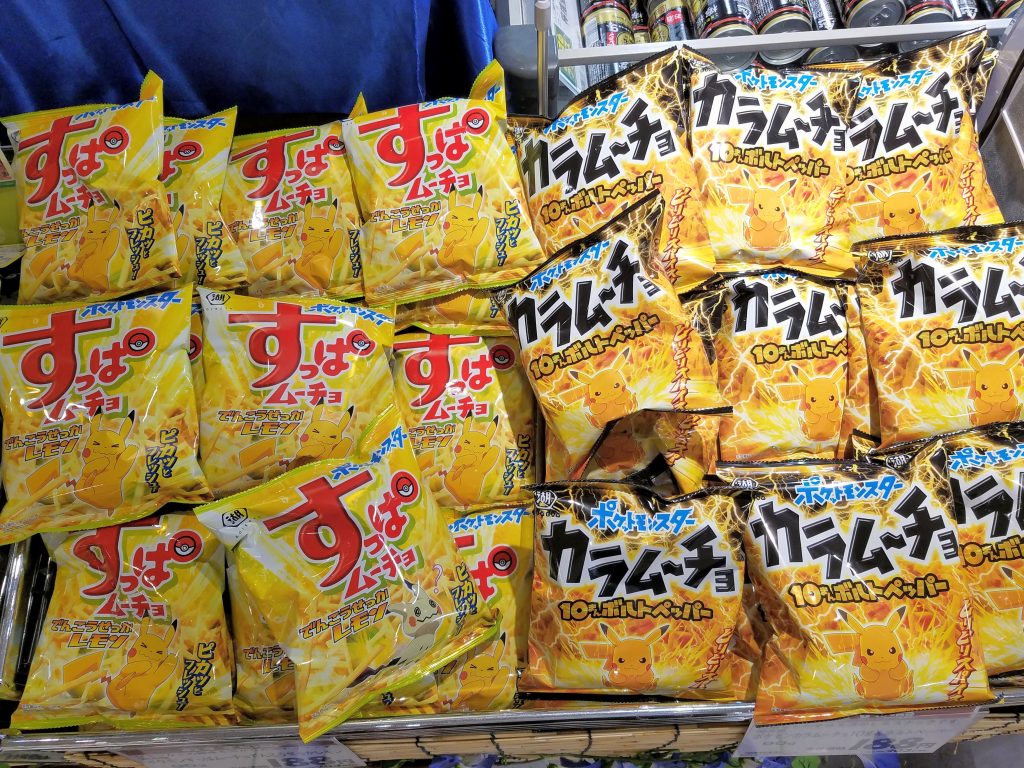 Pokesnacks: These crisps have hard to get in Tokyo, with reports that they have been selling out fast across the World’s Greatest Metropolis. Nothing to do with the Pokemon branding of course. Lemon flavour on the left, Spicy on the right with 3 kinds of pepper taste. Pikachu is the frontman for this promotion, although a limited number of packs have been hijacked by Mimikyu (you can see one of these rarities at the bottom of the lemon packs). Enjoy, while stocks last!

Chibi Godzilla shills Credit Cards: Our love for Chibi Godzilla is well known. Just check out these past editions of This Week in Tokyo for proof. Chibi Godzilla was created especially for the 65th anniversary of the King of the Monsters’ first appearance (in 1954) by Chiharu Sakazaki, who is most famous for designing the Suica Penguin mascot JR East’s Suica IC Card. Here he is shilling View Credit Cards with Suica functionality at JR Ebisu Station. Despite his cuteness, Chibi Godzilla knows a lucrative licensing tie-up when he sees one.