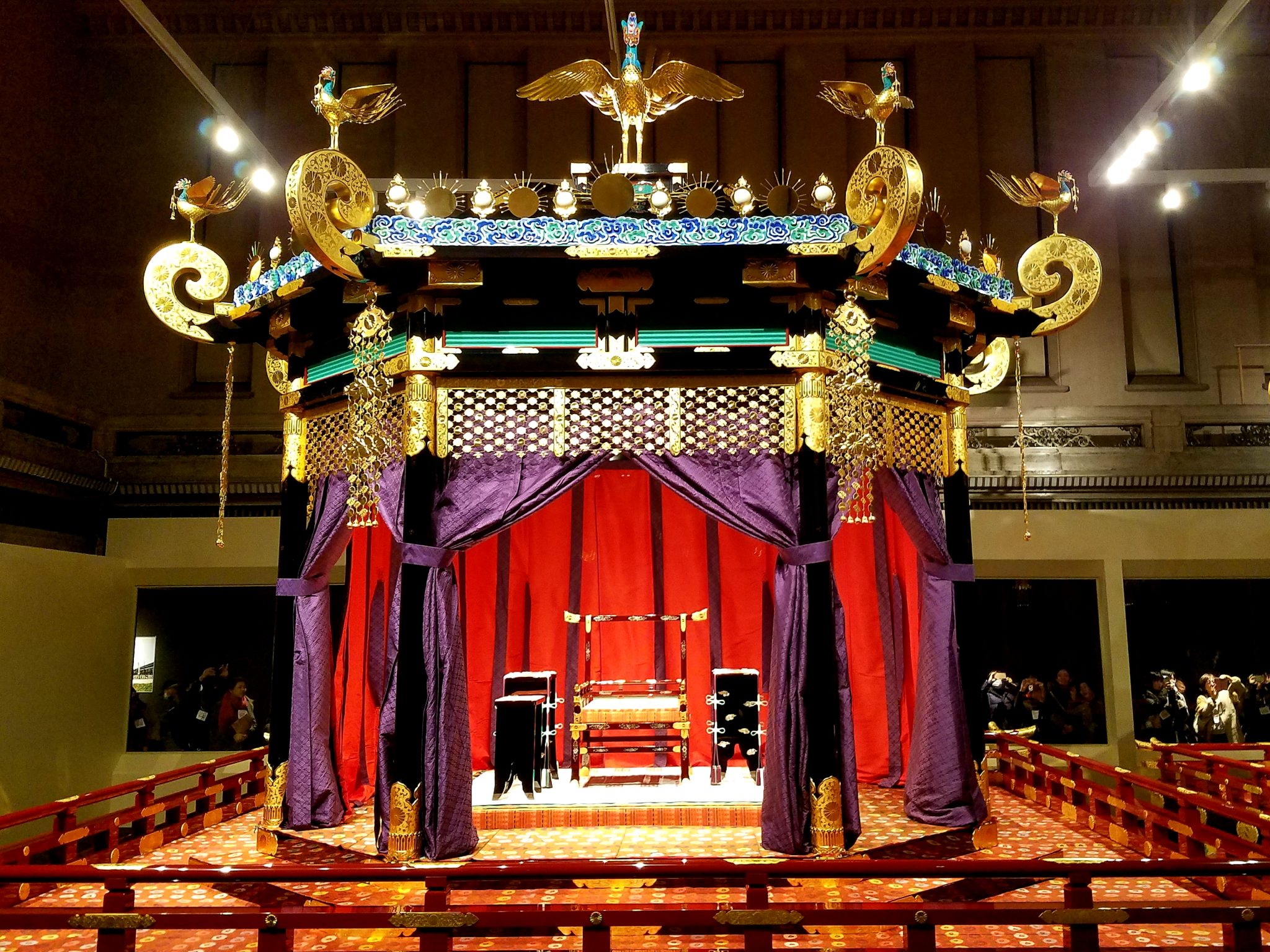 Welcome to the third ‘This Week in Tokyo’ of the decade! ‘This Week in Tokyo’ is a review of the Maction Planet week that was and a look ahead to what’s coming up in the city. Check out photos from our tours and read insights into our explorations as we get under the skin of the World’s Greatest Metropolis, and beyond. This week’s edition is hosted by Mac, our Founder and Lead Guide. This week: Takamikura; Setagaya Boroichi January 2020; Growing Kokubunji Tourism; Akita Kanto Festival at the Furusato Matsuri 2020 and Tokyo Taste Tests (featuring Vanilla Float Coke and Coca-Cola Strawberry)!

Featured image – Takamikura: In the Sokuirei-Seiden-no-gi (Ceremony of the Enthronement of His Majesty the Emperor at the Seiden), which took place at the Imperial Palace on 22 October 2019, His Imperial Highness ascended to the Takamikura (Imperial Throne) in the Seiden-Matsu-no-Ma, followed by Her Imperial Highness the Empress, who ascended to the Michodai. Both thrones where on display for a limited time at the Tokyo National Museum and many of our guests enjoyed seeing this unique aspect of living Japanese history! If you want to see more of the public’s interaction with the ceremonies that accompanied the enthronement of the Emperor, watch this video of my visit to the Daijokyu! 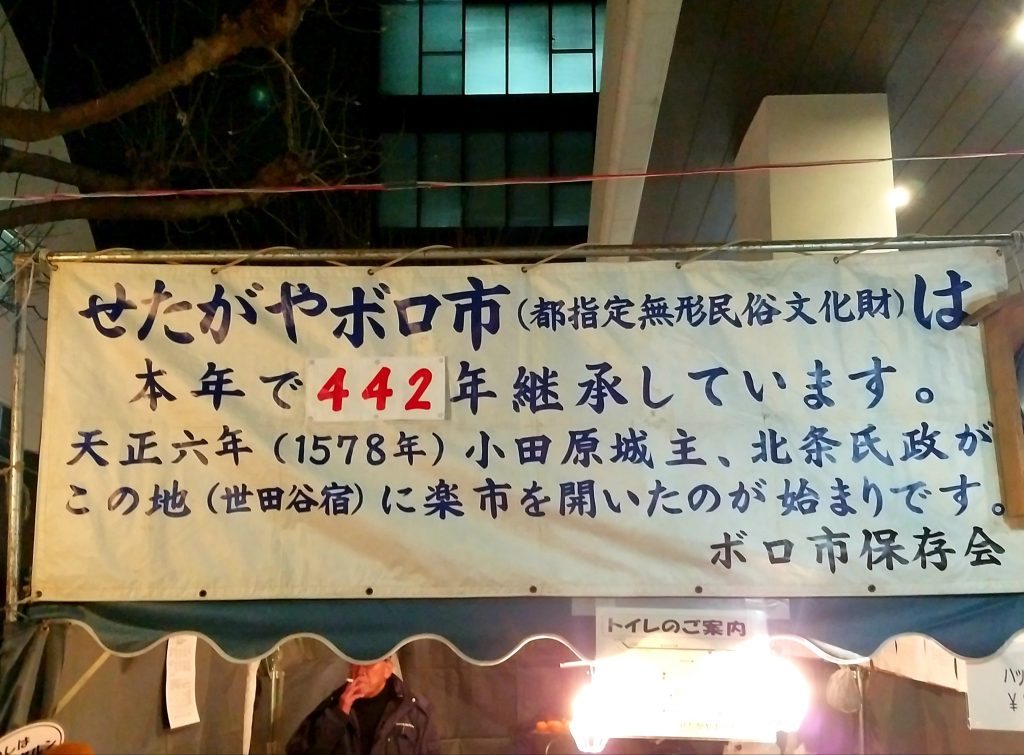 Setagaya Boroichi January 2020: On 16 January 2020 I headed to the Setagaya Boroichi, a flea market which has been running for 442 years. It was truly incredible to experience this living history with my guests. In the days of its founding the market, which sold scraps of fabric (boro, hence the name), was held on 6 days every month. Now, it takes place in Setagaya on 15 and 16 January and again on 15 and 16 December. More than 700 vendors sell a variety of knick-knacks, antiques, ceramics and other handicrafts, clothing and food to over 200,000 visitors. I like to think that the red numbers on this sign have been replaced each year, from ‘1’ to ‘442’! 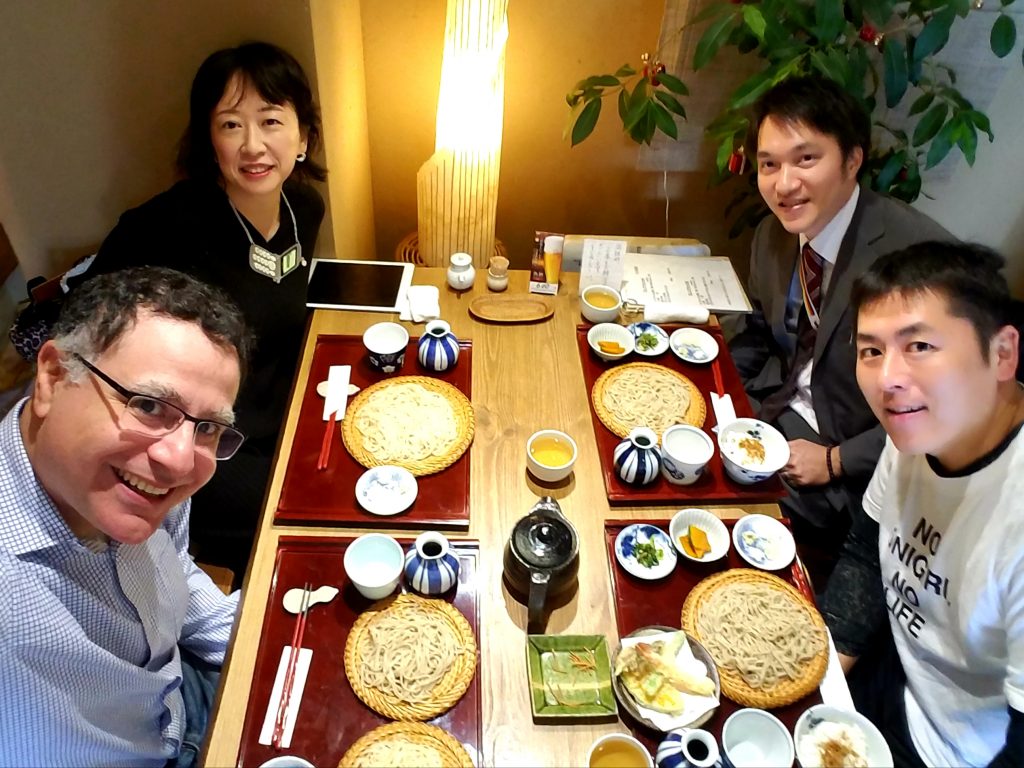 Growing Kokubunji Tourism: It was an honour to spend a day with the Kokubuji Tourism Association on Friday, discussing ways we can grow visitor numbers to the area. Maction Planet is a huge supporter of initiatives to expand tourism away from the so-called ‘Golden Route’ of Tokyo, Hakone, Kyoto and Hiroshima into less-explored areas of Japan. The vast majority of these efforts take place in an effort to direct tourism traffic to Japan’s more rural prefectures. However, even within the Tokyo Metropolis there are so many under-explored areas. Thank you very much to Maction Planet Japanese Cooking Class partner Nahoko for her kind arrangement. 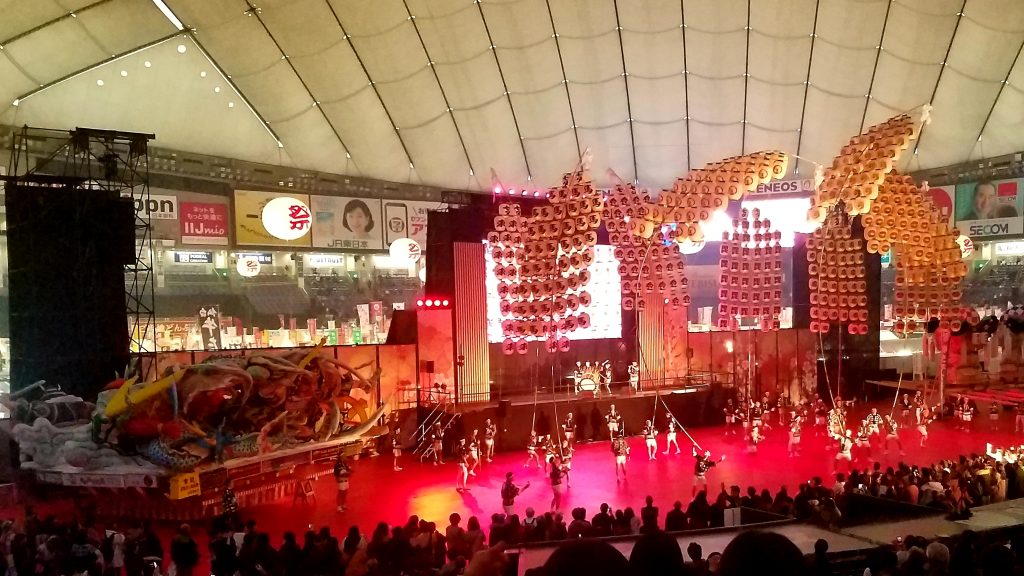 Akita Kanto Festival at the Furusato Matsuri 2020: I spent a lot of time this week at the Furusato Matsuri in the Tokyo Dome meeting Maction Planet’s regional partners from all over the country, enjoying some great food and drink and watching some spectacular local festival snippets… my favourite being the Akita Kanto Festival. These bamboo poles are five to twelve metres long and each  bearing twenty-four or forty-six lanterns. They weigh up to 50kg and are carried on the palms, foreheads, shoulders, or lower backs of the performers. An incredible feat of skills which I have been privileged to witness in Akita and Tokyo.

Tokyo Taste Tests: This week, we launched a new series on Maction Planet YouTube: Tokyo Taste Test! The first episode (above) featured Vanilla Float Coca-Cola, and the second (below) was the first English language review on YouTube of Coca-Cola Strawberry, which was released on 20 January 2020 as a world-first flavour of Coca-Cola! Both are (at least currently) Japan exclusives. Diet Coke Twisted Strawberry exists in the UK, but this is the first “full fat” Coca-Cola Strawberry ever. Kanpai, and let us know what you think in the comments. We continue…

Maction Planet runs bespoke Private Tours and Experiences in Tokyo and beyond. To book yours, contact us at info@mactionplanet.com