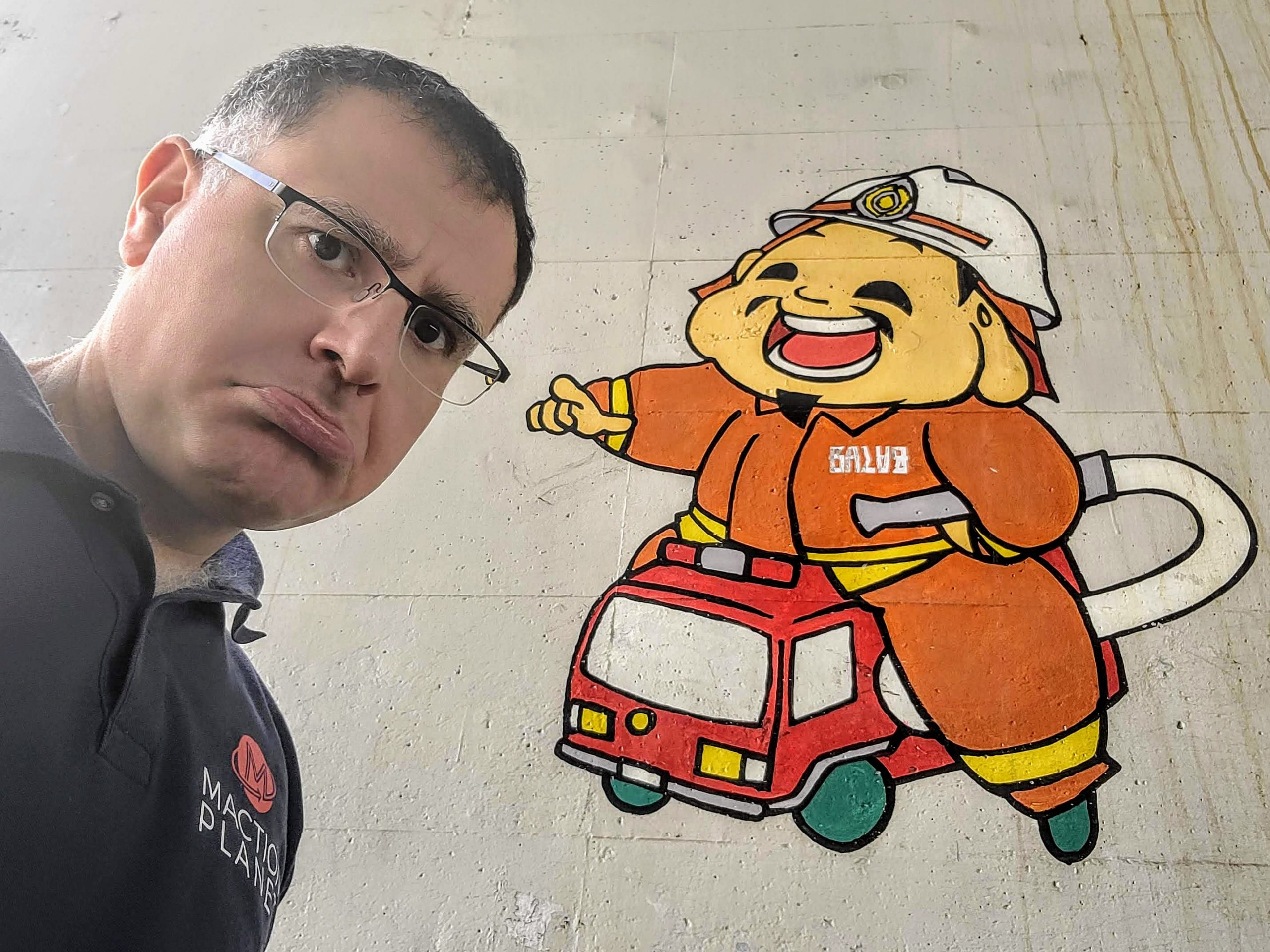 Welcome to ‘This Week in Tokyo’, a review of the Maction Planet week that was and a look ahead to what’s coming up in the city. Hosted by Mac, our Founder and Lead Guide, you can check out photos from our tours and read insights into our explorations as we get under the skin of the World’s Greatest Metropolis, and beyond! This week: Ha ha!; Yoshitoku Olympics; Ginza 2027; Omurice Cooking Class Success and Dorayaki Up Next.

Yoshitoku Olympics: Yoshitoku was established in 1711 and have operated uninterrupted in Asakusabashi on the east side of Tokyo. They are considered to be the oldest doll merchant in continuous operation in Tokyo. The current owner, Tokubei Yamada, is the 12th generation head of the firm, which takes its name of from the first syllables of the founder’s family and given name, Yoshinoya Tokubei.

The beautiful pictured doll is wearing a kimono woven with some iconography from the Tokyo 2020 (cough) Olympics and Paralympics, and is currently on display at the Tokyo American Club. It’s a truly exquisite piece from one of Tokyo’s most iconic companies.

Ginza 2027: Tokyo is constantly evolving. The world’s greatest metropolis has some major building projects going on, such as the incredible 20-year transformation going on. There are always constant upgrades to infrastructure, such as the renovation of Ginza Station, which began in November 2017 and cost about ¥22bn ($200mn). Ginza Station is at the heart of Ginza Line, Tokyo’s oldest underground railway, running since the end of 1927.

Part of the transformation has been the appearance of a number of different art installations in the station lobbies, concourse and on the platform walls themselves, such as this, charting the history of Ginza until 2027, 100 years after the Ginza Line first opened. Changing trains in Ginza has never been more edutaining!

This is my favourite photo from the day: The finished products from the evening class, worthy of Tokyo’s finest family restaurants and maid cafes. Thank you to all our participants for joining our classes!

Dorayaki Up Next: Next up for Maction Planet Online Interactive Cooking Classes is Dorayaki on 23 May 2021 (JST)!

Dorayaki (どら焼き) is a famous Japanese sweet, made from two pancake-like patties, traditionally with a filling of sweet azuki bean paste.

Dorayaki has a long history in Japan. During the Edo Period (1603-1867) a dorayaki was a folded-up cake rather than a round sandwich, and the dough was much thinner. Its modern iteration was invented in 1914 by a shop called Usagiya in Ueno, Tokyo, inspired by the Japanese version of the castella cake!

Dorayaki is trending, part of an overall wave of nostalgia for foods from the Showa Era (1926-1989). Manga and anime fans may know it as the favourite snack of Doraemon, the robot cat from the future!

Check out more details about the class then email info@mactionplanet.com to sign up!