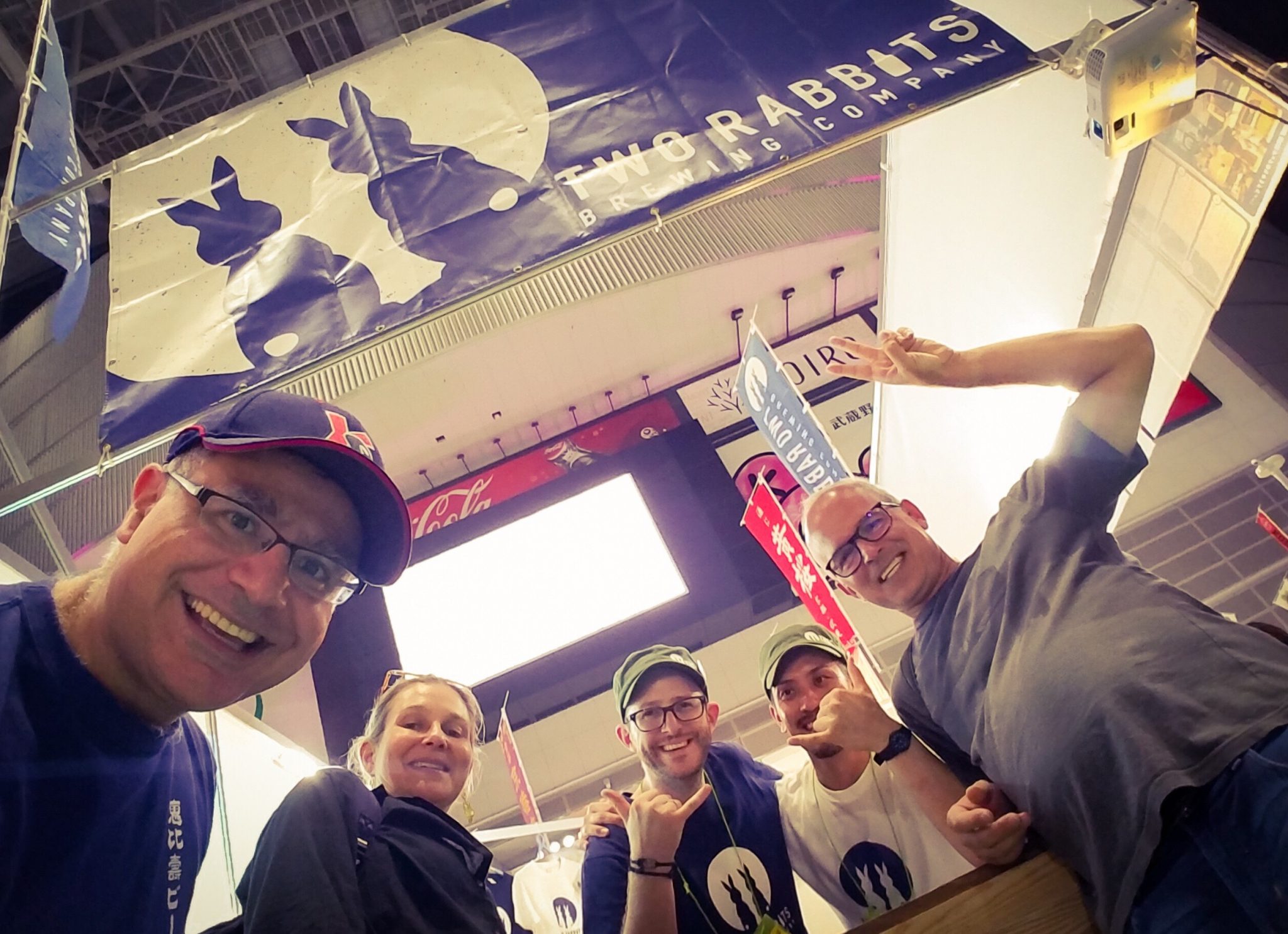 The latest edition of This Week in Tokyo – a review of the Maction Planet week that was and a look ahead to what’s coming up in and beyond the city. Check out photos from our tours and read insights into our explorations as we get under the skin of the World’s Greatest Metropolis, and beyond. This week’s edition is hosted by Mac, our Founder and Lead Guide and he promises a (fairly) Rugby-free edition before things go insane in Japan for the Rugby World Cup 2019! This week: Two Rabbits and Maction; Aminishiki and Makkumaru; Fighters vs Eagles; Tsukemen for three and The Not-S0-Final Countdown!

Featured image – Two Rabbits and Maction: It has been my pleasure to host Dudley and Morgan for their 8 day trip to Tokyo. They have both been before. In fact, Dudley was a guest of Maction Planet in March and wrote this review of his time in the World’s Greatest Metropolis on TripAdvisor. We still managed to enjoy 8 days of completely new experiences culminating in a final evening at the 2019 Autumn Keyaki Beer Festival in the Saitama Super Arena, where we made friends with the team from Two Rabbits Brewing Company from Shiga-ken. We sample several of their beers including Moon Rabbit (White) and SMaSH IPA Dr. Rudy (their typography) and were first in line for the 5pm unveiling of ‘Nelson’s Naughty Secret’, a collaboration with Kyoto Beer Lab described as a ‘Double Dry Hopped Imperial Oats Cream (Lazy) IPA’ packing a whopping 10% ABV. Dudley described the festival it as an “amazing capstone event” for their trip. It was an honour to be much a big part of their trip and I was overjoyed to hear that they are planning their return in late Spring 2020! Both Morgan and Dudley have already written TripAdvisor reviews which you can read here and here!

It has been a big beer weekend here with four festivals running in the Greater Tokyo Area. Check out my video of BeerFes Yokohama 2019! 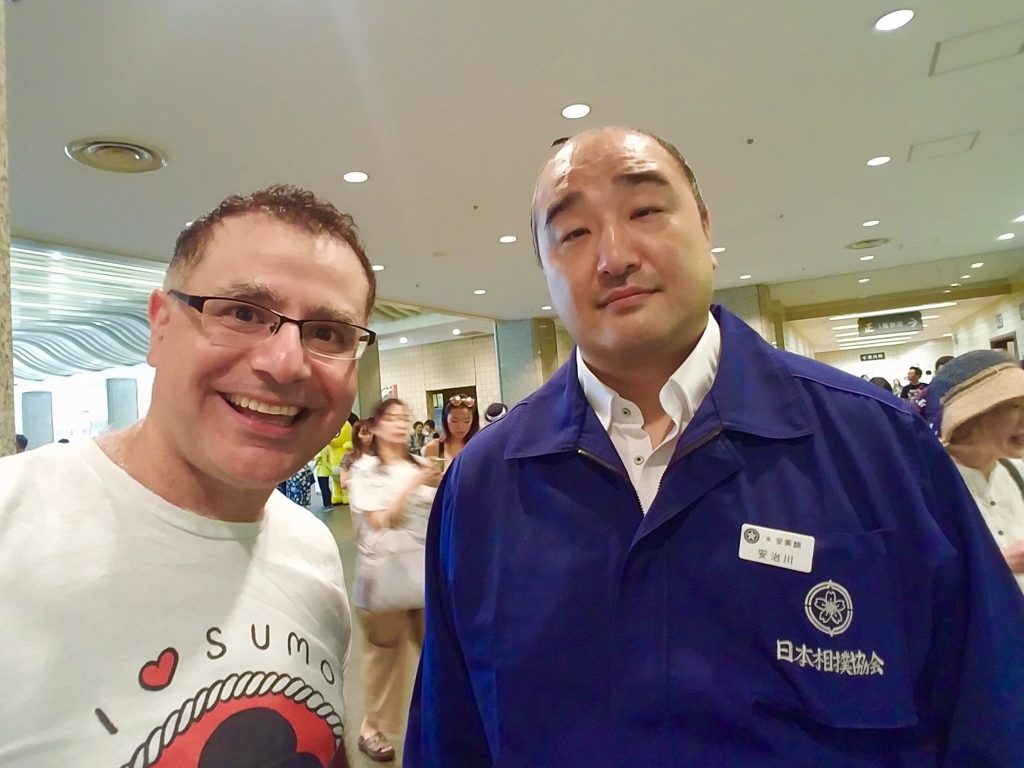 Aminishiki and Makkumaru: It was an honour meeting legendary Sumo Aminishiki Ryuji on Wednesday in Ryogoku during Day 4 of the September 2019 Basho in Tokyo. Aminishiki retired in July 2019 after over 22 years as an active wrestler. He is in the all-time top 10 for career wins, most top division appearances and most tournaments ranked in the top division. A true legend of the sport who used a lot of winning techniques not common in the current era of Sumo, making him a great wrestler to watch. Makkumaru is my Sumo name (given to me by Hiyonoyama’s assistant during this year’s January tournament, although long-time readers know I tend not to fight in the Makuuchi division!) 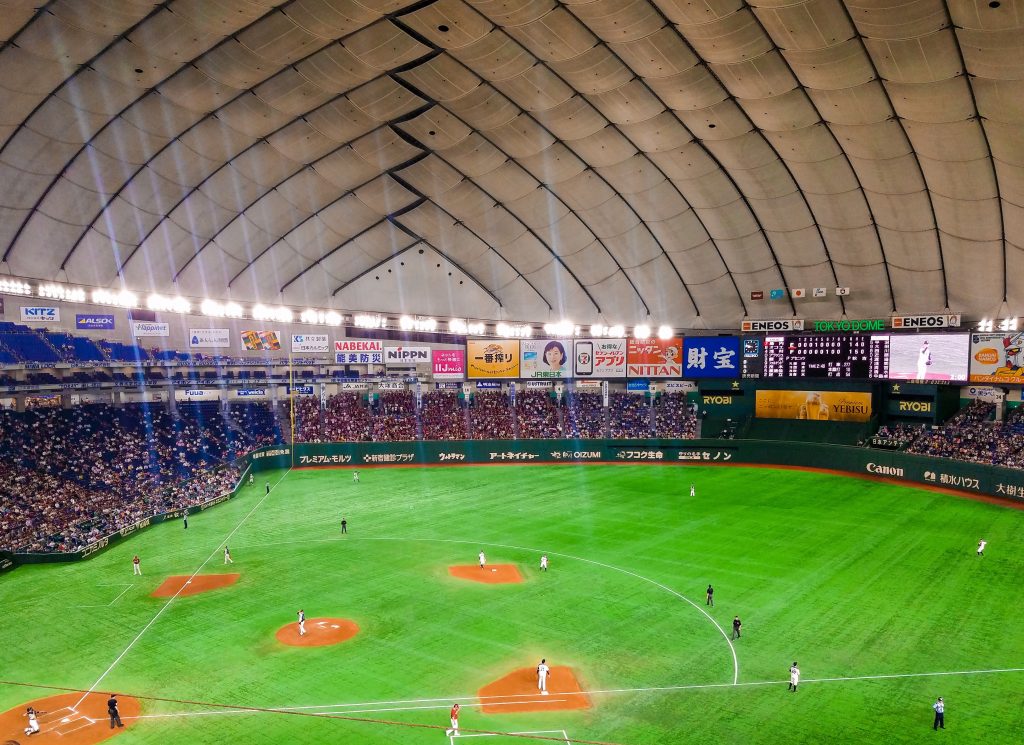 Fighters vs Eagles: Dudley, Morgan and I headed straight from Sumo to the Tokyo Dome to watch the Hokkaido Nippon-ham Fighters face the Tohoku Rakuten Eagles. This was the last series the Fighters were playing in Tokyo this year. They lost this game 3-1 but at least we got souvenir towels in honour of Kensuke Tanaka’s retirement at the end of his 20th season. Tanaka, now 37, joined the Fighters out of high school in 2000 and won five consecutive Golden Gloves at second base from 2006-10! 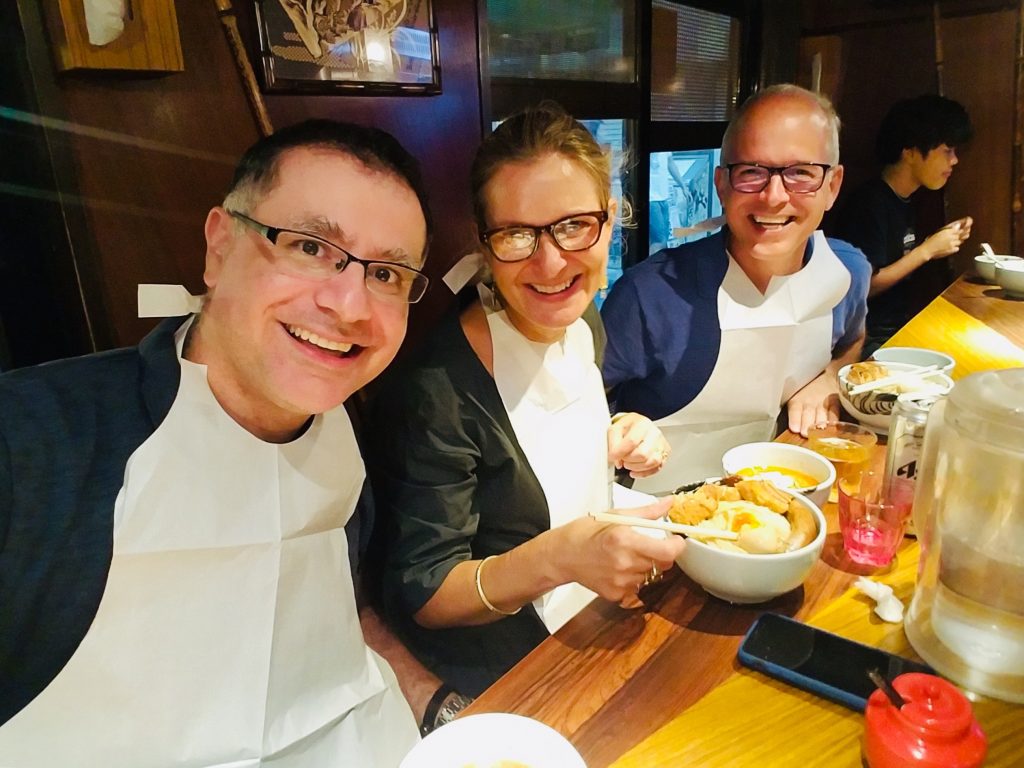 Tsukemen for three: After a tough day of sake drinking in some the most beautiful and historic environments in the World’s Greatest Metropolis it was time for some ramen. We hit up Menya Musashi in Kichijoji, famous for their tsukemen. Menya Musashi were set up in Shinjuku in 1996. They now have 15 shops in the Tokyo area. 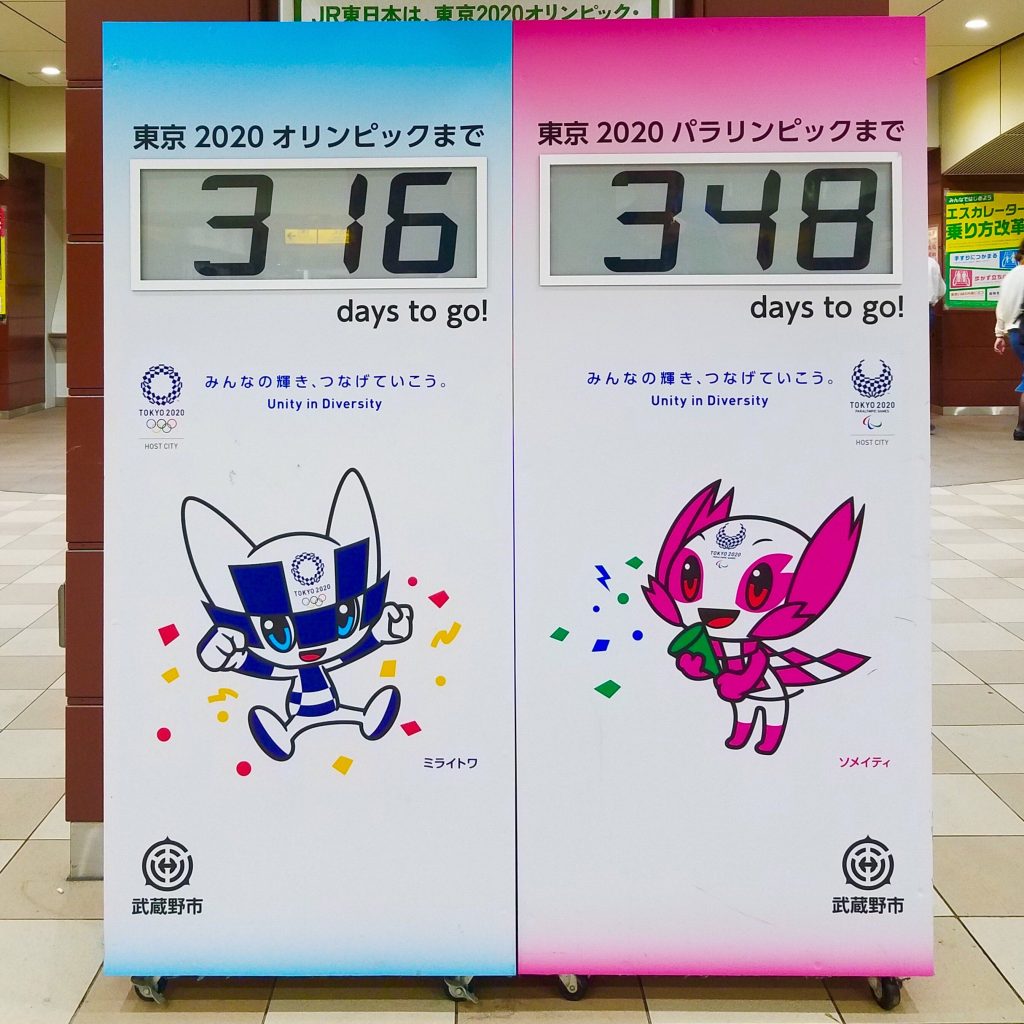 The Not-So-Final Countdown: We should be highlighting the Rugby World Cup which begins in 3 days at Ajinomoto Stadium in Tokyo where the opening game, Japan vs Russia, will kick off at 19:45 on Friday. However, as I am attending every game in Tokyo and Yokohama including the knockout stages, as well as Japan vs Ireland in Shizuoka, expect to see a lot of photos from that over the next 6 weeks! However, we should not forget the other major sporting event we have coming up next year – the Olympics and Paralympics. Musashino-shi has set up this countdown clock in Kichijoji Station. The Musashino Forest Sport Plaza will host badminton and fencing in modern pentathlon at the Olympic Games, and wheelchair basketball during the Paralympic Games!