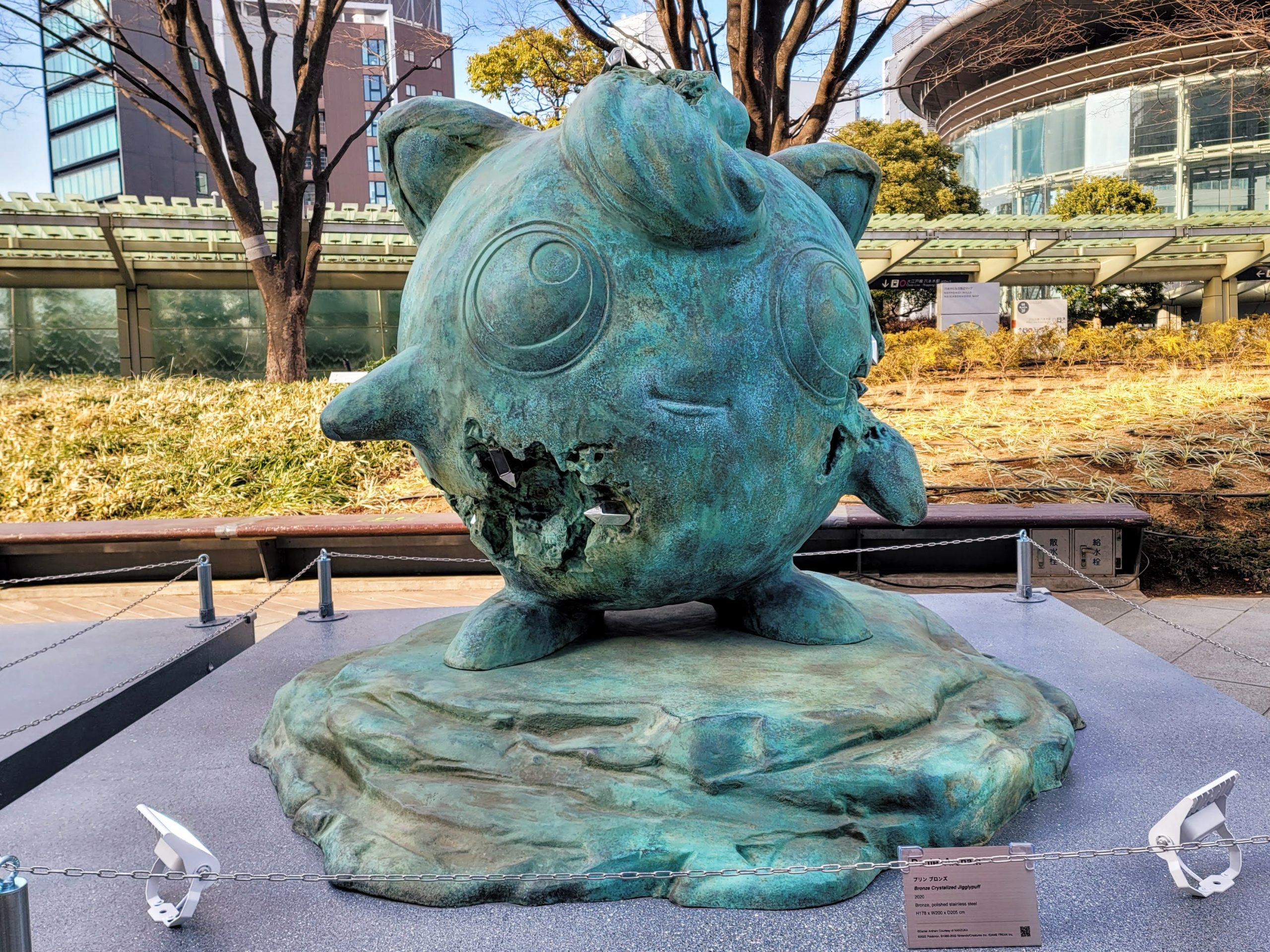 Welcome to ‘This Week in Tokyo’, a review of the Maction Planet week that was and a look ahead to what’s coming up in the city. Hosted by Mac, our Founder and Lead Guide, you can check out photos from our tours and read insights into our explorations as we get under the skin of the World’s Greatest Metropolis, and beyond! This week: Bronze Crystallised Jigglypuff; Wonderful Tedious Hours at the Yamatane; Ume and Amazake – Together at last; Don’t cross LEGS and Kanpai Planet is 1.

Wonderful Tedious Hours at the Yamatane: I was honoured to be invited to the press preview of ‘Uemura Shōen and Shōkō: The World of of Bijinga and Kachōga, Paintings of Beautiful Women and Birds and Flowers’ at The Yamatane Museum of Art. The museum, which opened in 1966 as Japan’s first to specialise in nihonga, celebrated its fifty-fifth anniversary in 2021. To celebrate, they’ve been holding special exhibitions throughout the year. The finale is an exhibition of the work of Uemura Shōen (1875-1949), a nihonga artist who had close ties with the museum, and her eldest son, Uemura Shōkō (1902-2001). Uemura Shōen is famed for her bijinga (paintings of beautiful women). In 1948 she became the first woman to be awarded the Order of Culture. The Yamatane’ founder and first director, Yamazaki Taneji, was friends with Shōen and collected her works. The museum owns eighteen of her paintings all on display in this exhibition, along with nine bird-and-flower paintings by Shōkō in their collection.

The featured piece, Tedious Hours, greets you as you enter the main exhibition. Painted in 1941, it is emblematic of Shōen’s delicate linework and deceptively express style. The exhibition runs until 17 April 2022. Highly recommended.

Ume and Amazake – Together at last: We’ve been watching the Plum Blossoms closely this year on Maction Planet, often accompanied by a warming cup of Amazake (甘酒), a traditional no or low-alcohol drink made from fermented rice. It’s served by many shrines during new year and at festivals held in the colder months… which is why I’m holding a cup here at Yushima Tenjin!

Don’t cross LEGS: We’re big fans of the art of Jun Oson on Maction Planet. His latest series of posters for Tokyo Metro advise on proper train etiquette. I expect this one will resonate with anyone who has ridden the subway anywhere on Earth!

Kanpai Planet is 1: 9 February marked the one year anniversary of the release of the first video on Kanpai Planet. It seems like only yesterday. Editing will do that to you.

The goal was, and still is, to demystify, democratise and help you discover the world of Japan’s drinks, direct from the heart of Tokyo, in a manner never-before-seen.

The first video released, a review of the Foo Fighters’ Japanese Sake (yes, you read that right), was a statement of intent. An introduction to the style, depth and rigour of content viewers could expect on Kanpai Planet. It took me four days to make. I wish I could say things have gotten faster since then.

33 videos later, the bar has gotten higher, and I am very proud of what has been covered and achieved, and the reaction to it. Kanpai Planet wouldn’t be where it is without YOU, the viewers, and your incredible support. That bar is going to get higher still in 2022. So much I want to reveal, but I’ve said too much already! Stay tuned, because we’re just getting started. We continue… and Kanpai!