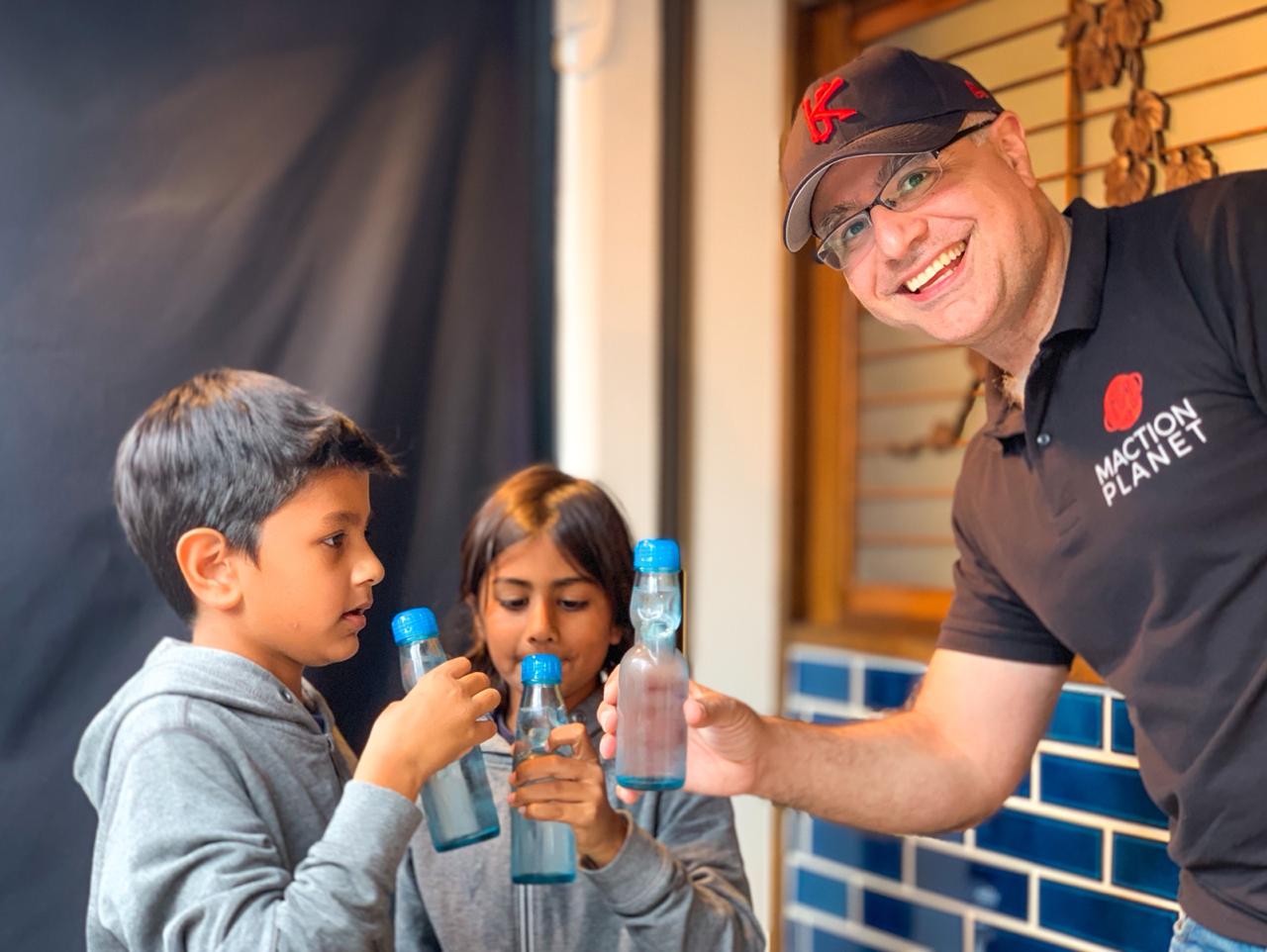 The latest edition of This Week in Tokyo – a review of the Maction Planet week that was and a look ahead to what’s coming up in and beyond the city. Check out photos from our tours and read insights into our explorations as we get under the skin of the World’s Greatest Metropolis, and beyond. This week’s edition, showcasing another fully-booked week for Maction Planet, is hosted by Mac, our Founder and Lead Guide. This week: Three Brothers Ramune; The Disney Unicorn hits Tokyo; Hanasaka Jiisan at the Kanda Matsuri; Candle Scape Kawasaki 2019 and Kenji Yanobe’s Flora!

Three Brothers Ramune: The Sensoji Temple was founded by two biological brothers and one bro. Almost 1400 years later, the same combination of gents – Sanel and Neylan Shah and me – got of hang out in Tokyo for 5 days experiencing everything the city has to offer. The simple pleasures are often the most memorable though. Here we are enjoying a delicious, traditional Ramune in the backstreets of Taito-ku. 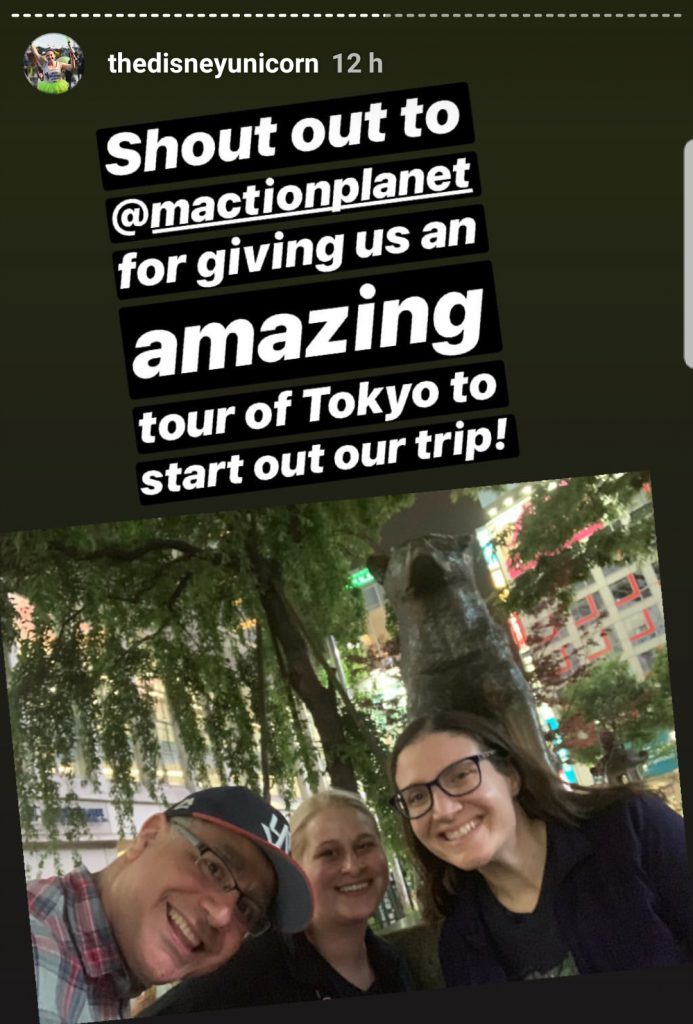 The Disney Unicorn hits Tokyo: I had one evening in which to show Kathleen and Mallory as much of the World’s Greatest Metropolis as I could, starting and ending at Tokyo Disneyland. 6 hours and 5 neighbourhoods later even I was proud of how much we covered. Ramen, desserts, crazy fashion, a cornucopia of Pritzker-prize winning architecture, KitKats, shrines, temples, neon and nightlife. Thank you for the shout out on Instagram Kathleen – head over there and follow all of thedisneyunciorn’s adventures! 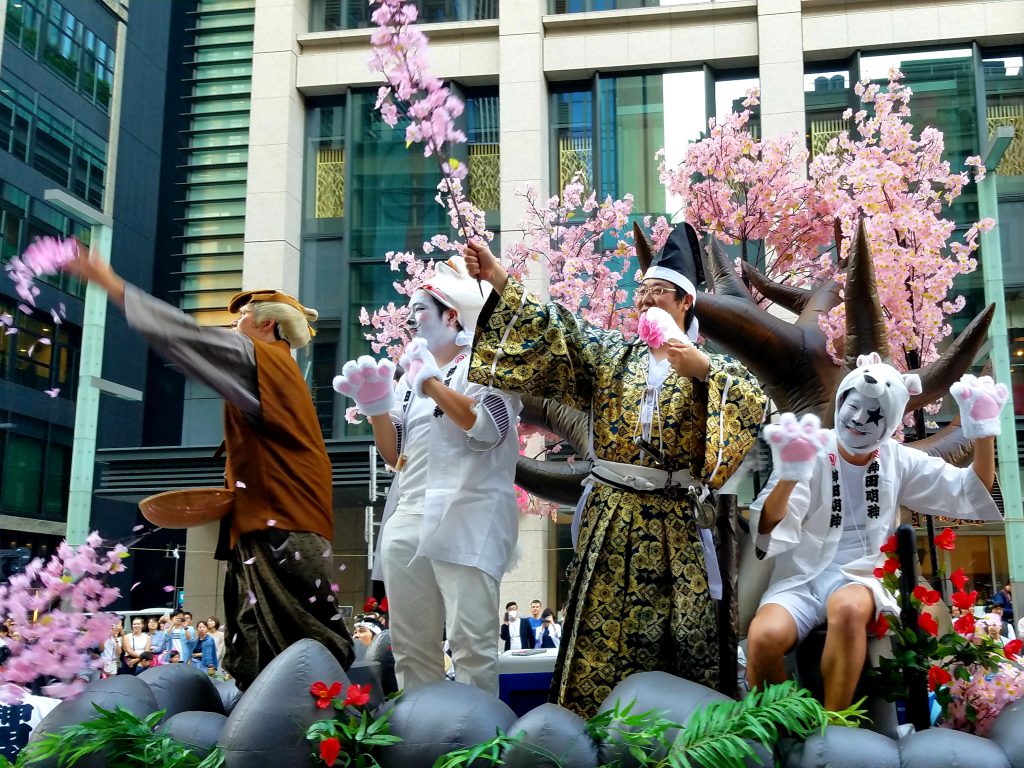 Hanasaka Jiisan at the Kanda Matsuri: The traditional folk tale (花咲か爺さん) is brought to life during the 2019 Kanda Matsuri. The matsuri is one of the Three Great Festivals of Tokyo and is held every odd-numbered year. Originally began in the early 1600s by Tokugawa Ieyasu to commemorate his victory at the Battle of Sekigahara, the tradition continues to this day. There was no better place to be in Tokyo on Saturday than watching the parade through the streets of the World’s Greatest Metropolis and our guests the Shahs had a prime viewing spot. They even got to take part in it thanks to our connections! 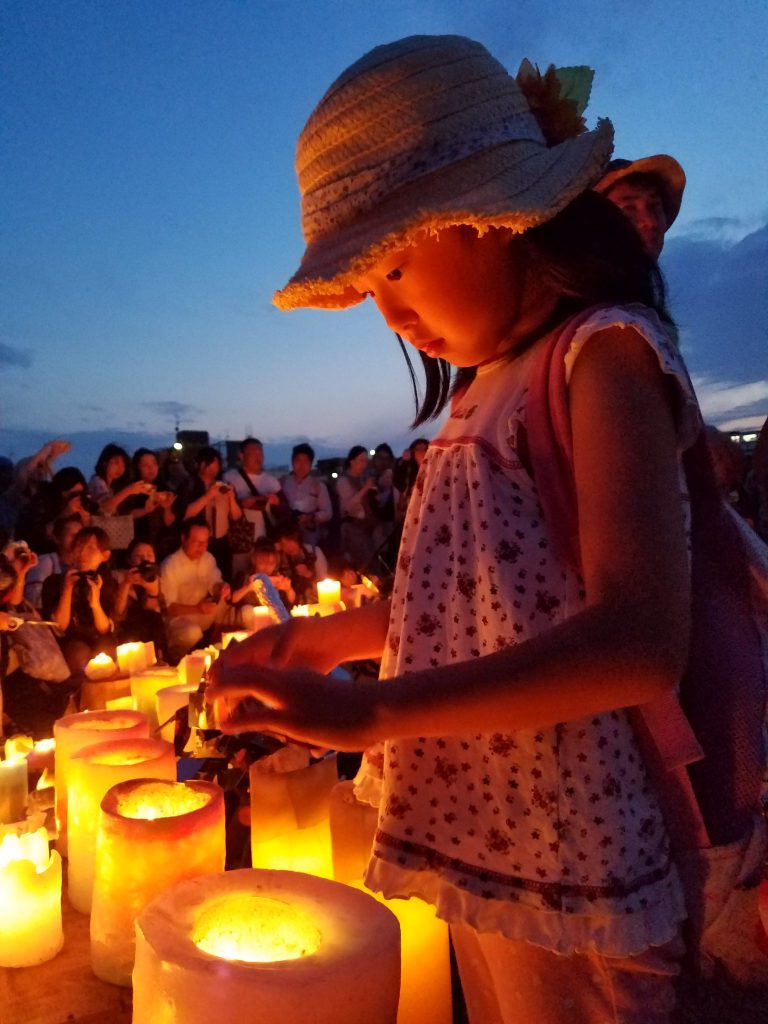 Candle Scape Kawasaki 2019: Mesmorised by the light during this local festival in Tamagawa. 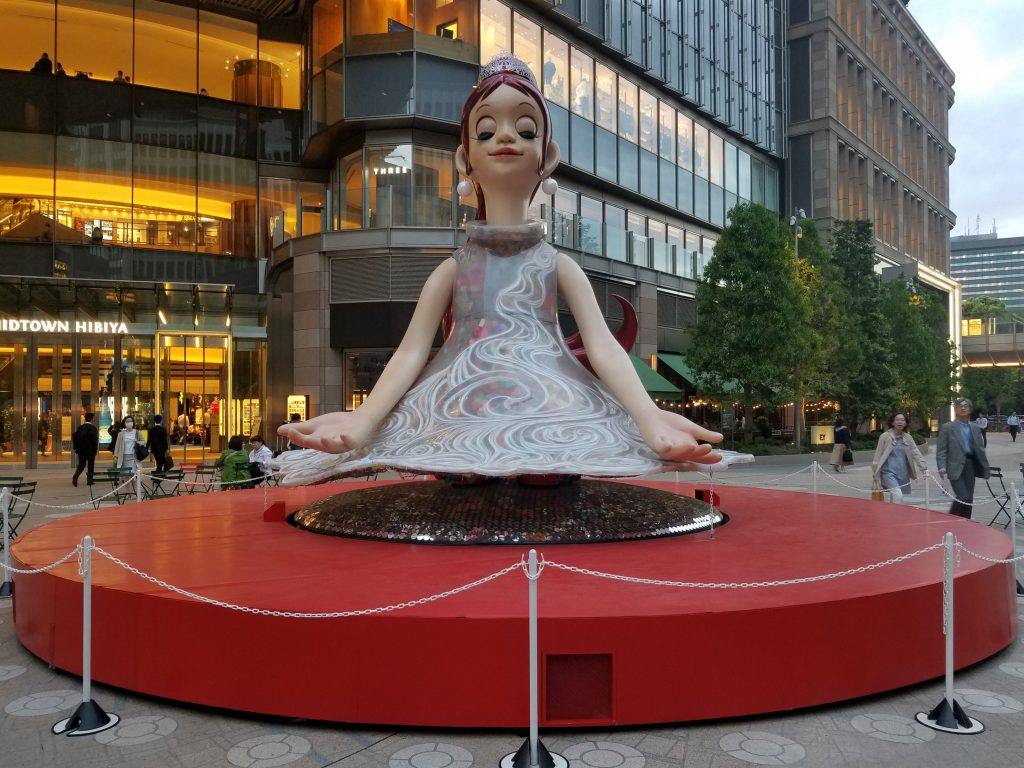 Kenji Yanobe’s Flora: Flora, brainchild of artist Kenji Yanobe, is currently gracing the plaza outside Tokyo Midtown Hibiya. Kenji is known for making sculptures that imagine quirky consumer goods for a futuristic, post-apocalyptic world. My favourite work of his has been Giant Torayan, the giant robot which I saw at Roppongi Art Night in 2009.  Flora is there until 19 May. Catch her while you can!