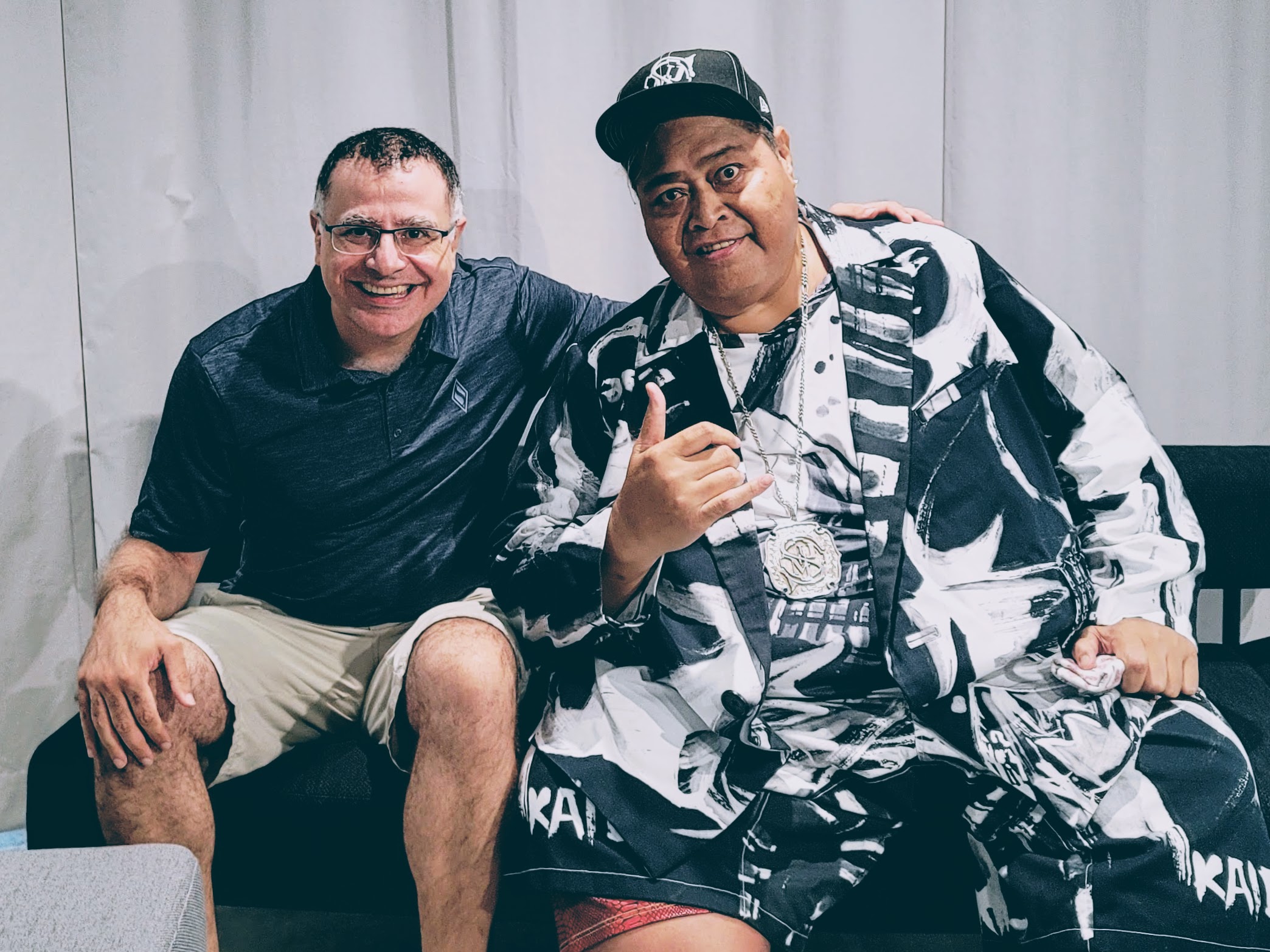 Welcome to ‘This Week in Tokyo’, a review of the Maction Planet week that was and a look ahead to what’s coming up in the city. Hosted by Mac, our Founder and Lead Guide, you can check out photos from our tours and read insights into our explorations as we get under the skin of the World’s Greatest Metropolis, and beyond! This week: Konishiki and Mac, Together Again for the First Time; Tsukimi 2022; Making Sake on Sado – the end of the new beginning; Sake Extreme and Shochu X Transform 1.0.

Featured image – Konishiki and Mac, Together Again for the First Time: I first met Sumo legend Konishiki in November 2006 at Hula Heart, his now-defunct restaurant in Tokyo Dome City. Now, almost 16 years later, it was great to see him again at a preview event for his new Sumo course on Naro.

Narō’s on-demand videos showcase Japanese culture alongside extraordinary individuals – legends in their craft who are sharing their techniques and stories for the first time. I was very impressed with the level of filmmaking that introduces this important cultural and sporting tradition in an edutaining way, and I highly recommend checking it out.

Fellow former sumo wrestlers Hiroshi Ryogoku and Yoshinori Tashiro were also present at the event, as well as some Sumo Jinku, which I also haven’t seen for a while.

The lovely folks at Naro have created a special discount code exclusively for Maction Planet guests and readers. Click here and use code MACTION15 to get 15% off courses!

Tsukimi 2022: Autumn moon viewing, or tsukimi, has long been a popular pastime in Japan. The best night for observing the full moon each year is said to be the fifteenth night of the eighth month of the lunar calendar, known as jugoya no tsukimi. In 2022, this was 10 September.

I snapped this photo on my phone after finishing a Maction Planet Tokyo Private Tour, deploying the appropriately name 50x ‘Space Zoom’ of my Samsung Galaxy Note 20 Ultra.

Making Sake on Sado – the end of the new beginning: The six-month anniversary celebrations of the launch of Making Sake on Sado have drawn to a close. New thumbnails, new video titles and nine new shorts showcasing highlights from each of the new episodes sparked shares, retweets and lots of new viewers for the series. If somehow you are not one of them, please check out the full series.

Thank to everyone who has supported Making Sake on Sado so far! Kanpai, and we continue…

Sake Extreme: One of those Making Sake on Sado supporters has been Justin Potts, a bastion of Japan’s sake community. Although we’ve connected online, Friday night was the first time we met in person, at his fantastic Sake Extreme event in Shimokitazawa.

Earlier this week, Justin had taken time out of his insanely busy schedule to help promote Making Sake on Sado.

To have an endorsement from a legend like this means the world to me. Justin – thank you for all you do.

Shochu X Transform 1.0: Great to catch up with Keisuke Hashimoto, founder of Shochu X, at his launch event for Transform 1.0. This is a very special liquid – a single cask release of an Ebisu Distillery ‘shochu’ aged for 25 years in an American Oak barrel. The resultant 41% ‘spirit’ is devastatingly good.

I reviewed the first three Shochu X releases on Kanpai Planet. Check that out to learn more about Shochu X, the Ebisu Distillery and shochu itself!