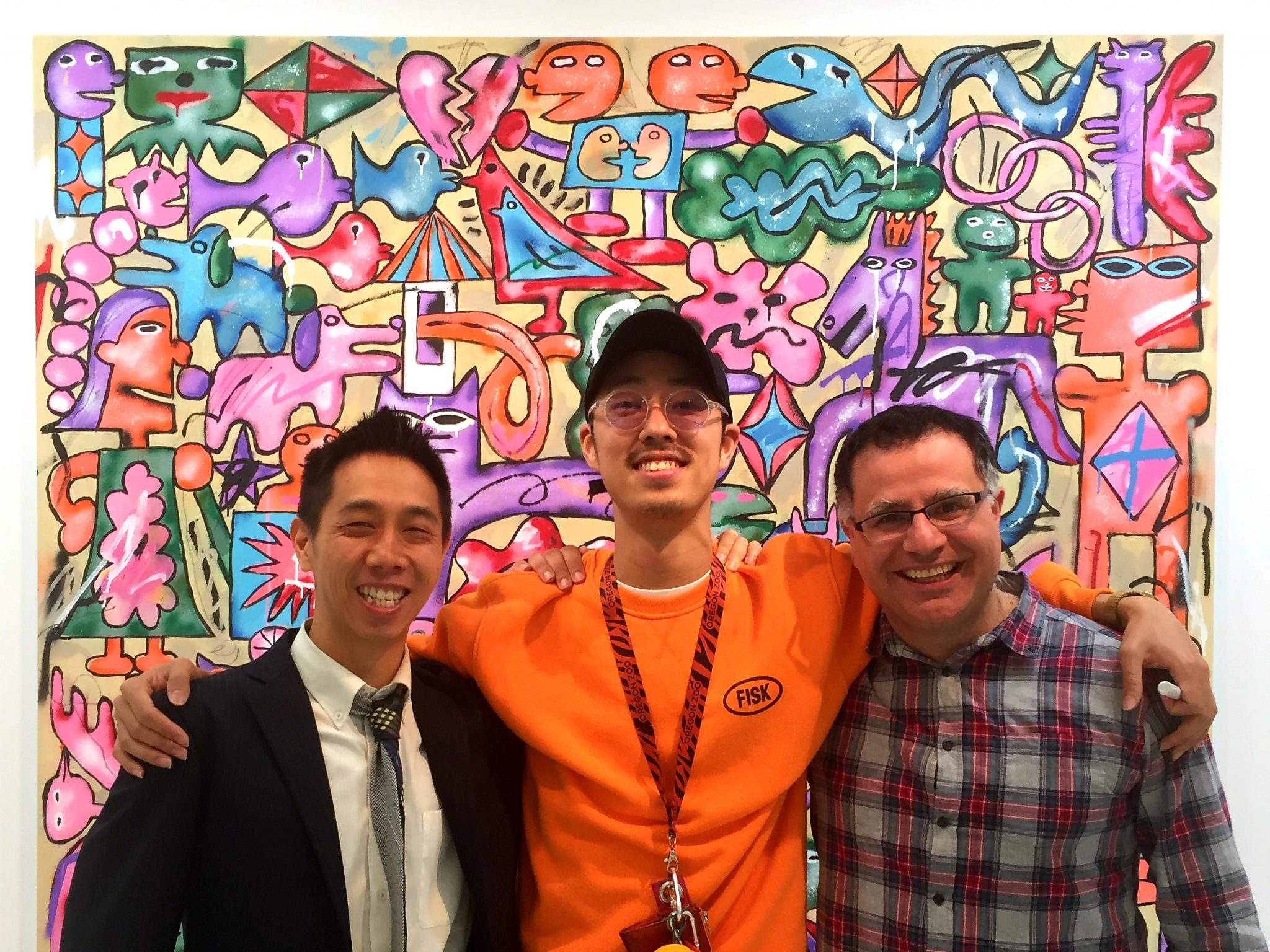 The latest edition of This Week in Tokyo – a review of the Maction Planet week that was and a look ahead to what’s coming up in and beyond the city. Check out photos from our tours and read insights into our explorations as we get under the skin of the World’s Greatest Metropolis, and beyond. This week’s edition is hosted by Mac, our Founder and Lead Guide. This week: Just your smile; Toyosu Tuna Auction; March 11 Hachiko; Okanzakura and UFO Catcher Triple!

Featured image – Just Your Smile: Maction Planet Resident DJ Royce Leong and I went to visit Okawara Kentaro’s exhibition at A/D Gallery in Roppongi Hills and to hang out with the man himself… on his birthday! His new exhibition features around 100 works including new paintings themed with “invisible balance” that exists in the relationships between things and people, three dimensional works, pottery and more. It is on until 24 March and I highly recommend you check it out! 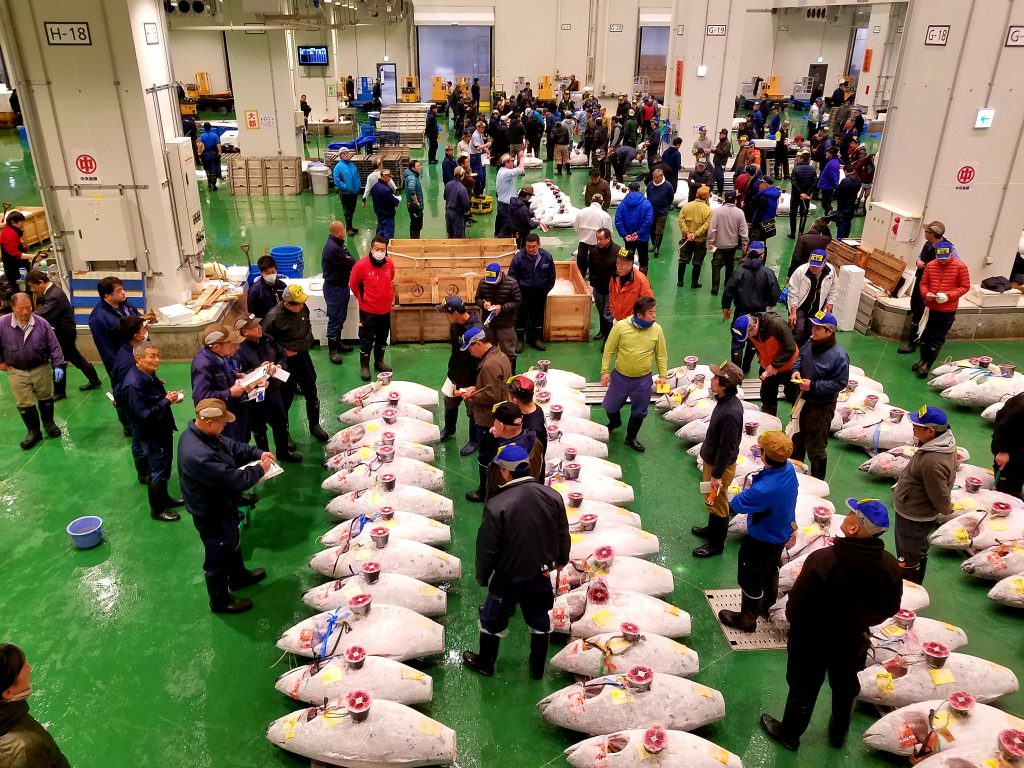 Toyosu Tuna Auction: This morning I guided my guests Sedra and Ron at the Toyosu Tuna Auction. This was the scene that greeted us as we got up close and personal with the traders at the new fish market. A great start to the day which was followed by an incredible sushi breakfast at my favourite spot in the market. It set us up for 10 hours of amazing sightseeing before breaking late afternoon for a few hours before dinner. 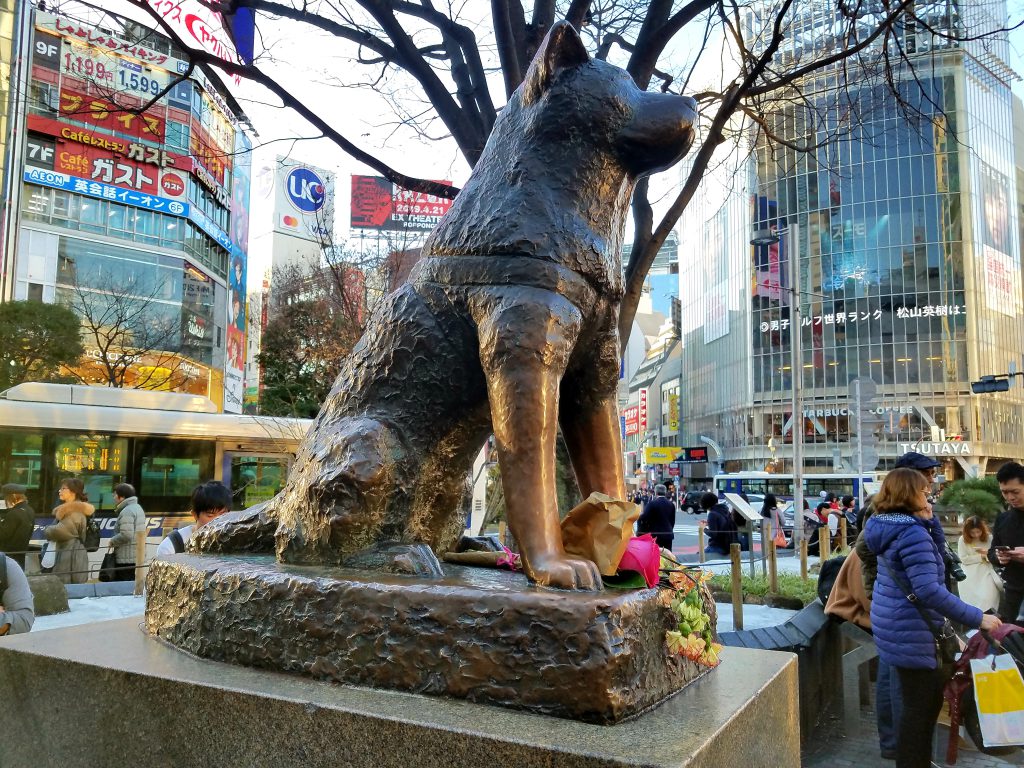 March 11 Hachiko: Yesterday was the 8th Anniversary of 11 March 2011, when the Great East Japan earthquake hit at 14:46. Hachiko was standing over a rose and flowers in honour of those that lost their lives at the hands of one of the five largest earthquakes in recorded history. Love and eternal respect to all victims and survivors of the tragedy from all at Maction Planet. 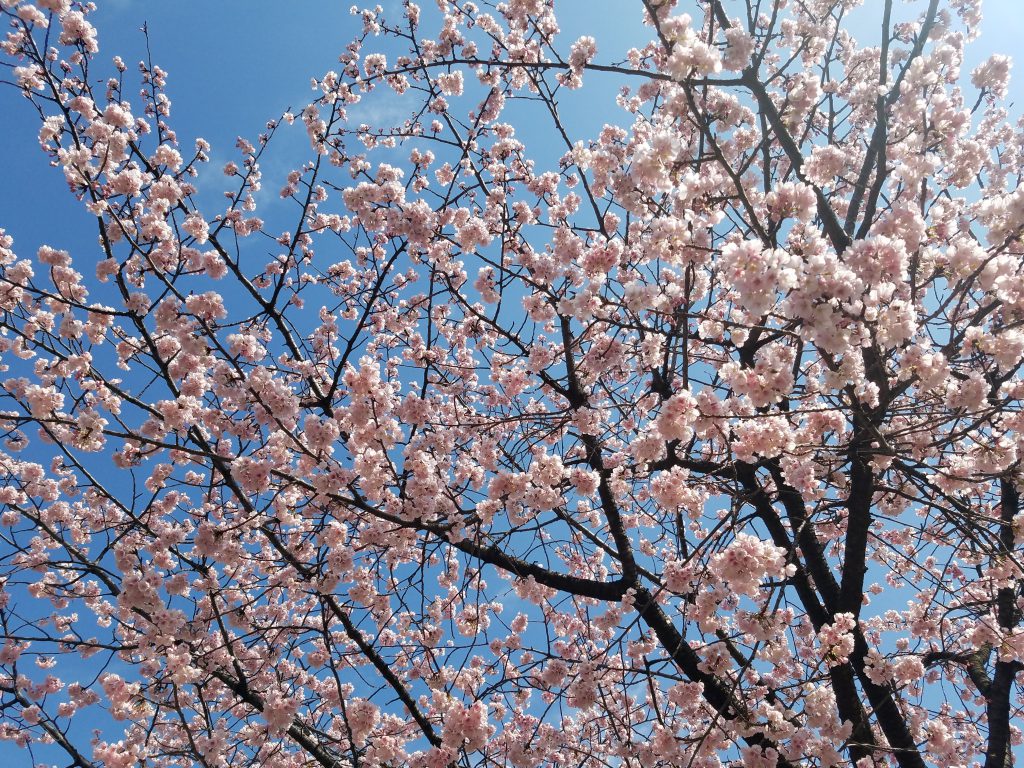 Okanzakura: Hibiya Park is home to this wonderful crossbreed of cerasus x kanzakura, commonly called Okanzakura… and speaking of Sakura, tickets are still on sale for the Maction Planet x Shochu Pro Hanami 2019. We are collaborating once again with Baird Beer and shochu expert Chris Pellegrini to hold an exclusive cherry blossom party in Yoyogi Park on Sunday 31 March 2019. You can get yourself in the mood for Hanami 2019 by watching this incredible video of Hanami 2017. More info can be found here and tickets are available for purchase here. 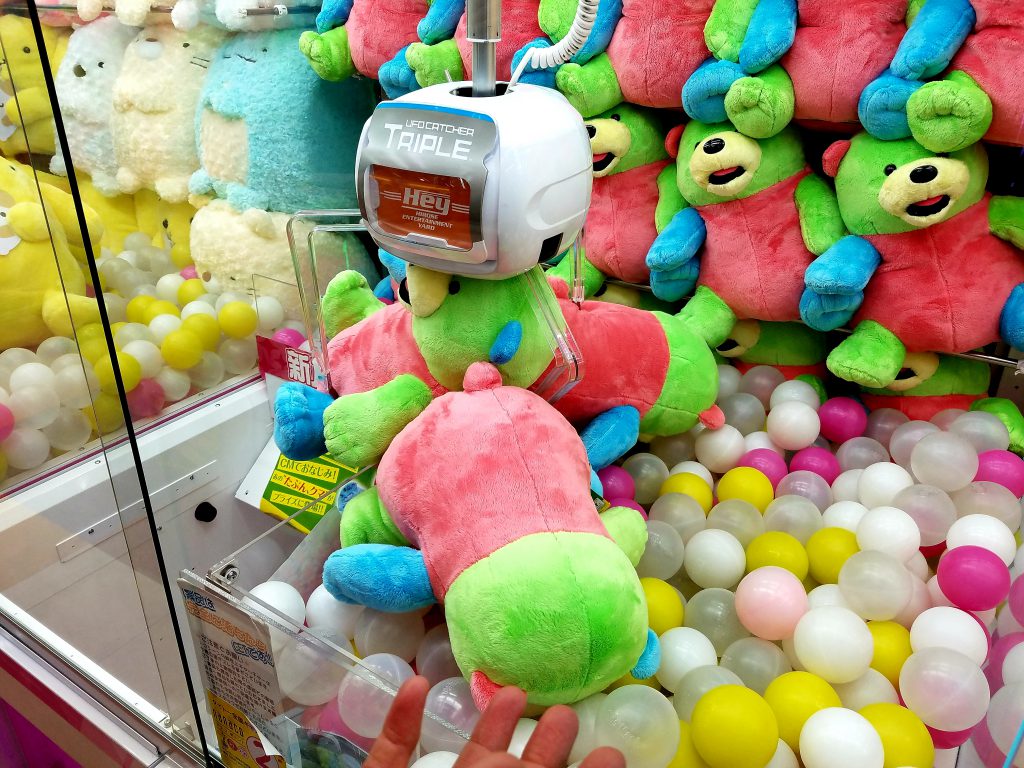 And finally – UFO Catcher Triple: The story behind this photo is a Maction Planet classic. I was guiding Josh and his grad school chums around Tokyo on Saturday  and, as we wound our way through the backstreets of Akiba, he couldn’t resist a few rounds on the infamous UFO Catcher… and when I say “a few rounds”… A member of staff was watching and clearly took sympathy on Josh because he got out his key, opened the window and moved the teddy bear closer to the prize hole. When that didn’t work he then moved two other bears and positioned a third on top to create a platform from which Josh could not possibly lose, and he didn’t; masterfully bringing home the prize to the amusement of all onlookers and cheers from Team Maction. The precise location of this particular arcade shall remain nameless lest the aforementioned staff member loses his (err… or her) job!