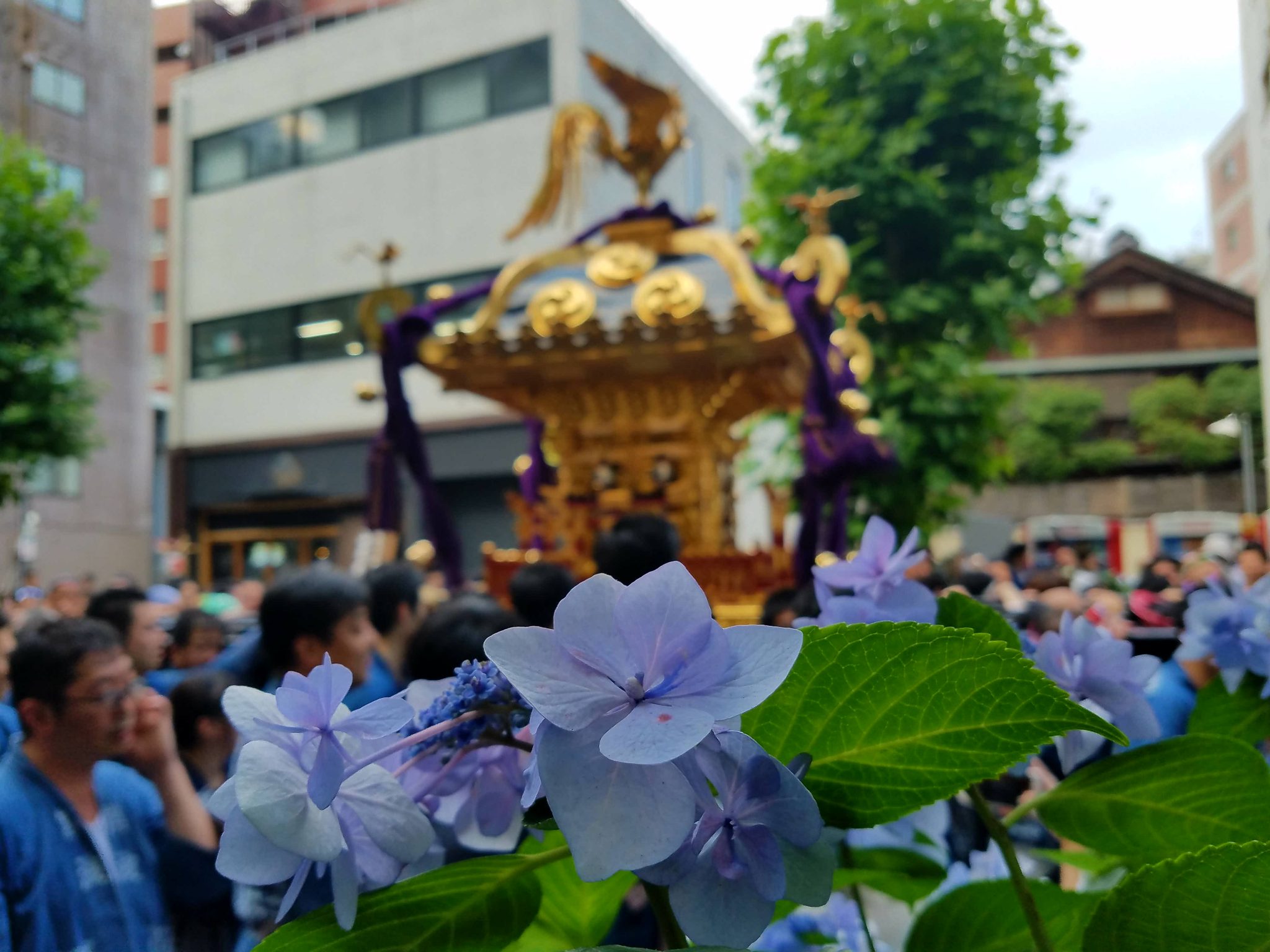 The latest edition of This Week in Tokyo – a review of the Maction Planet week that was and a look ahead to what’s coming up in and beyond the city. Check out photos from our tours and read insights into our explorations as we get under the skin of the World’s Greatest Metropolis. This week: Ajisai + Matsuri, Godzilla Whisky, Mickey 100 Project, Olympic Stadium update and striking a pose with Pepper!

Featured image: Rainy season is in full swing, with Typhoon Maliksi hitting Tokyo the last few days, although not as badly as experts expected. Luckily the rains held off on Saturday for Tsukiji Shishi Matsuri. You can check out more amazing photos of the festival by Yayu Wang here, but here’s a great one of the Sengangu Mikoshi framed by some ajisai (hydrangeas). Considered the bloom which signifies the end of spring and the beginning of summer, the ajisai are everywhere in Tokyo right now… and beyond, such as at Meigetsu-in in Kamakura. 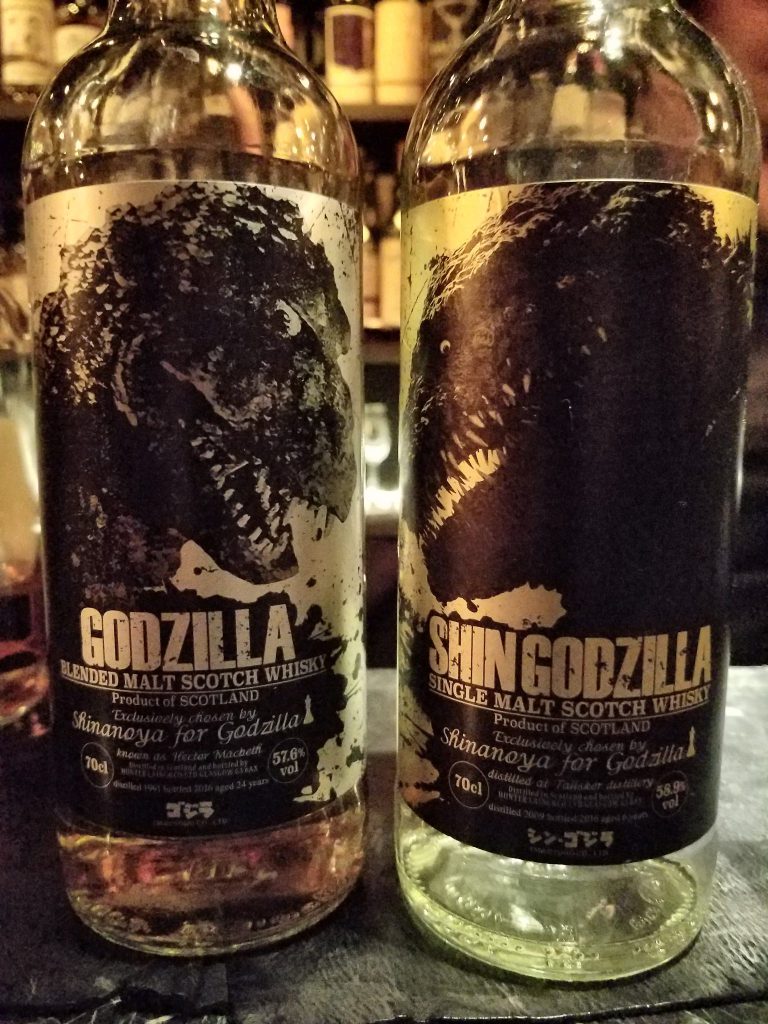 We hit 125 100% 5-star TripAdvisor reviews this week, and the Maction Planet team went out to celebrate with some monstrously good whisky.  On 5 August 2016, two new Scotch whiskies were launched by Shinjuku alcohol store Shinanoya. Shin Godzilla is a 6-single malt Talisker whisky and Godzilla a 24-year blended malt from Hector McBeth. I love the line “exclusively chosen by Shinanoya for Godzilla”. Extremely difficult to find now. So, where was this? Many of the venues we take our guests to ask not to be location tagged. The best whisky bars in Tokyo which are not on a cliched Top 10 whisky bars in Tokyo list – that’s the Maction Planet philosophy. 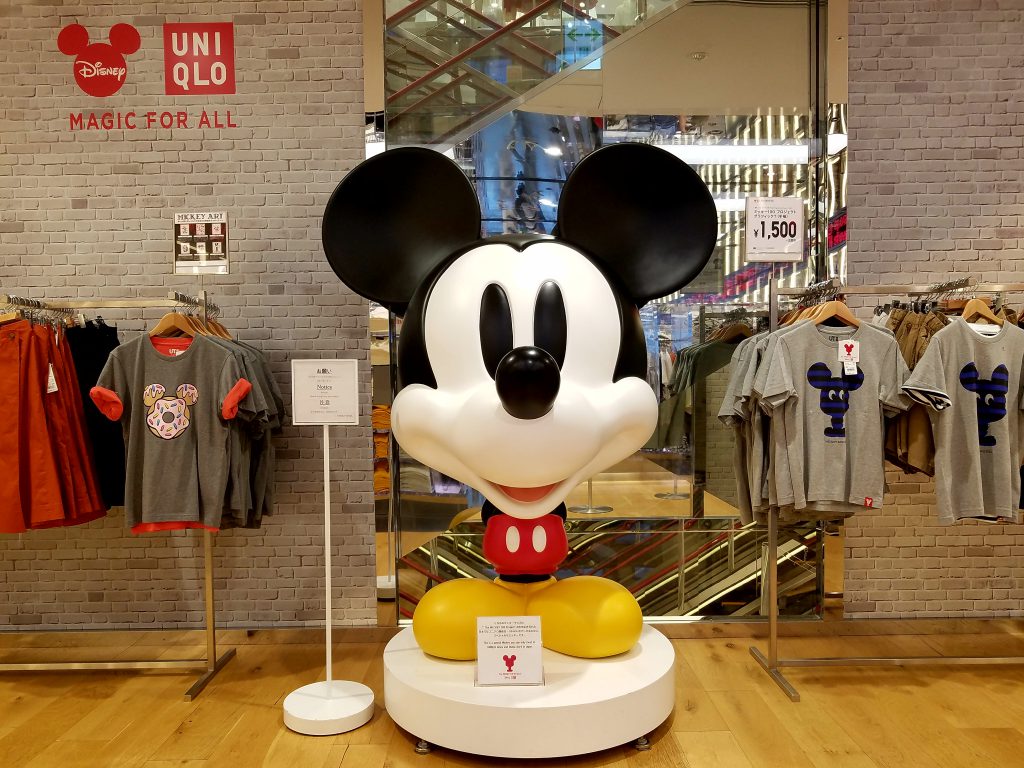 Mickey 100 project: UNIQLO has invited 100 of Disney’s top creative minds to re-imagine Mickey Mouse, and they have created T-shirts and statues using a distinctive chibi silhouette of Mickey Mouse which are unique, colourful and fun. This statue of is on the 11th floor of Uniqlo’s global flagship store in Ginza, and is one of two which you can pose with a get your photo snapped. Here he is surrounded by some of the Mickey 100 Project shirts! 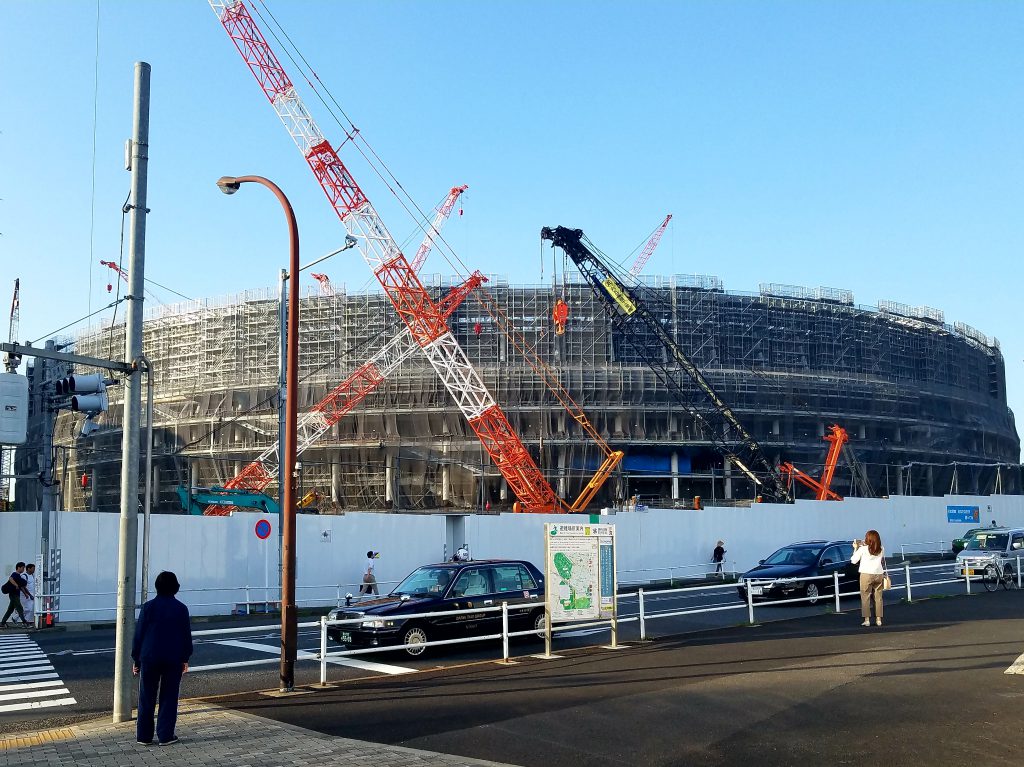 Olympic Stadium update: Here’s where construction stands as of Thursday 7 June at 17:15! The 68,000 seater (when in athletics mode) arena has been designed by Japan’s current starchitect Kengo Kuma. Sadly the stadium will not be ready for the Rugby World Cup 2019 due to the scrapping of the late Dame Zaha Hadid’s design, but all is apparently on track to welcome the world in the summer of 2020. 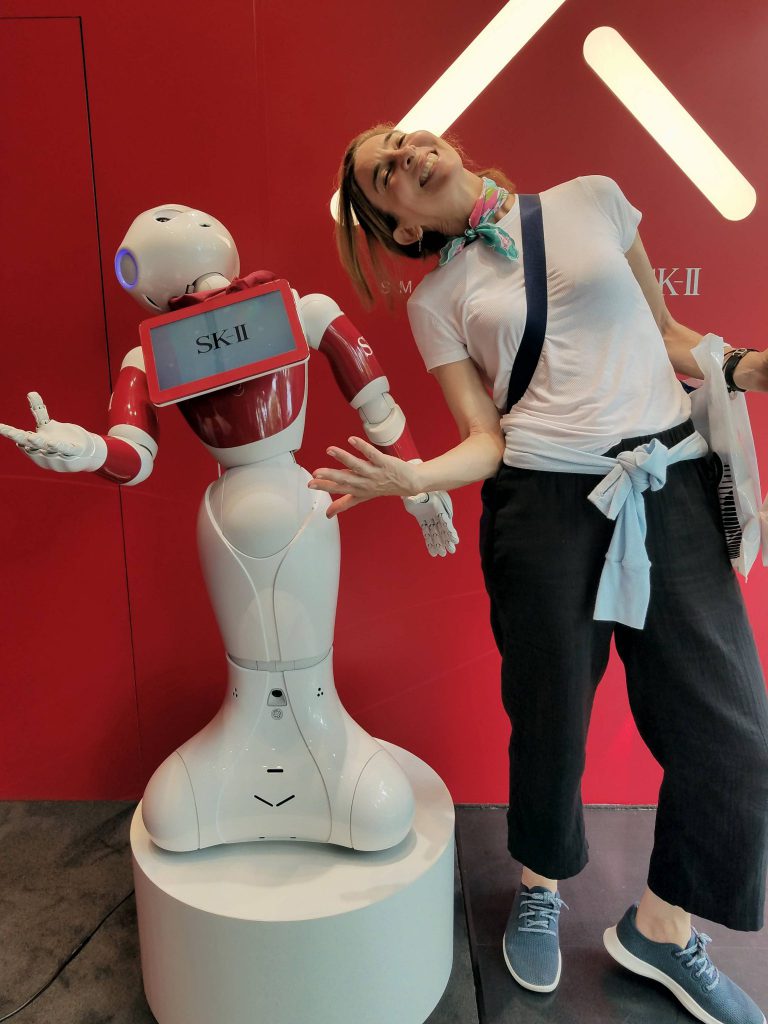 Pepper is a human-shaped robot and, according to inventors at Softbank Robotics, “he is kindly, endearing and surprising.” They have designed him to be the first humanoid robot capable of recognising the human emotions. Pepper went on sale in June 2015 for ¥198,000 and the first batch of 1,000 units sold out in 60 seconds. After hanging out with our guest Julie (with some help as this Pepper didn’t speak English) Pepper asked her if she wanted a photo… on one condition – that Julie strikes a pose of Pepper’s choosing together. And that’s the story of that!