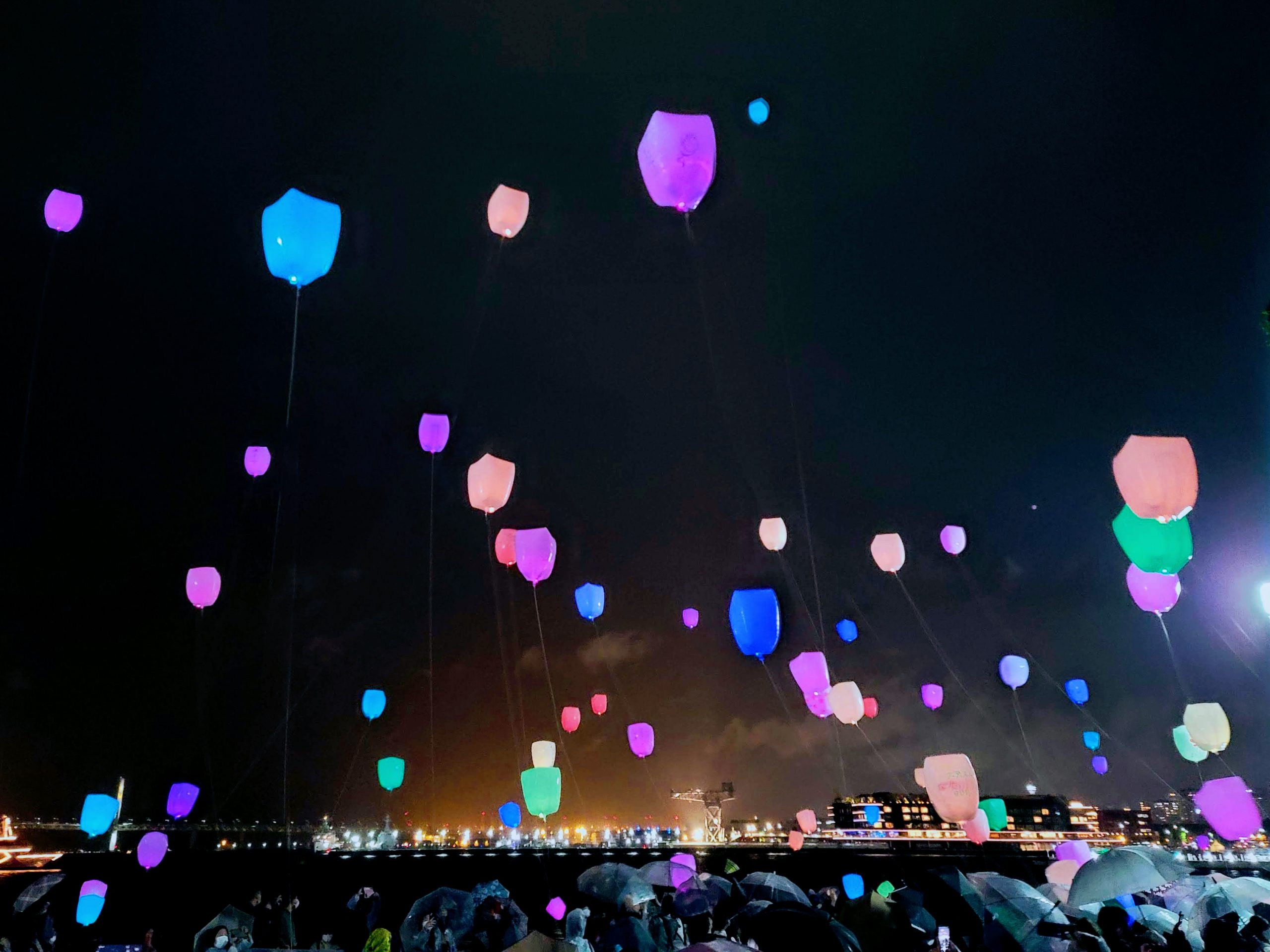 Welcome to ‘This Week in Tokyo’, a review of the Maction Planet week that was and a look ahead to what’s coming up in the city. Hosted by Mac, our Founder and Lead Guide, you can check out photos from our tours and read insights into our explorations as we get under the skin of the World’s Greatest Metropolis, and beyond! This week: Sky Lantern Vol. 2; Japan Open 2022; Tokyo Sake Festival 2022; Nikka Whisky From The Barrel; Dram Slam and Honouring Kim Jung Gi.

Featured image – Sky Lantern Vol. 2: Sunday saw Sky Lantern Vol 2 finally held in Rinko Park in Yokohama. The weather wasn’t ideal, but that didn’t prevent the warm-up entertainment of samurai fighting and hula dancing from entertaining the crowds before the release of hundreds of lanterns into the sky by the assembled revellers. People then flew them around for around 30 minutes like kites, snapped their photos, and went home to dry off. A wonderful and slightly surreal experience!

Japan Open 2022: Some of the best figure skaters in the world assembled in Saitama last weekend for two events – the Japan Open 2022, followed by the Carnival on Ice, the most prestigious ice skating exhibition show in Japan. Stars such as Kaori Sakamoto, Shoma Uno, Jason Brown, Loena Hendrickx and more dazzled the enthusiastic and appreciative audience with some devastatingly good routines. The invitational Japan Open tournament saw Team Japan beating out Team North America and Team Europe to claim $60,000 in prize money. A great day out for my guests!

Tokyo Sake Festival 2022: You’re right – there have been a lot of great sake events recently. Last week was the turn of the Tokyo Sake Festival, a three-day extravaganza of Japanese popular culture and fantastic sake

It was a great opportunity to try some delicious sake and to catch up with some industry friends, including Shigeki Tonoike, President of Tonoike Shuzo. Kanpai!

How was From The Barrel created? What’s the story behind the bottle? What’s inside it? How much of the liquid is actually Japanese? And how does it taste? All these questions and more are answered in trademark Kanpai Planet style!

An EXTENDED Director’s Cut of this video – with over six minutes more knowledge, analysis, opinion and edutainment, including a head-to-head with a bottle of From the Barrel from MARCH 1987 – is available for new Kanpai Planet supporters at buymeacoffee.com/kanpaiplanet 🙏🥃 After your donation, you’ll get an email with a link to the extended mix – 65% longer than this video. Please consider supporting, and Kanpai!

Dram Slam: It was a real honour to be a guest on No Nonsense Whisky’s great vodcast series, Dram Slam. Host Vin and I discussed Japanese Whisky, Tokyo, YouTubing and life in general as we sampled our way through a series of six great (and some questionable) drams! Check it out on the No Nonsense Whisky channel itself or as a podcast!

Honouring Kim Jung Gi: The art world was shocked last week by the news of the death of one of the absolute greats – Kim Jung Gi. Having recently finished a European tour, the prolific artist tragically passed away in Paris at age 47 due to a heart attack.

I was privileged to have met Kim on a number of occasions, most recently in 2018 at Kaigai Manga Festa. He was gracious enough to draw a sketch in his art book for fans and allowed me to video him in action and share it with the world.