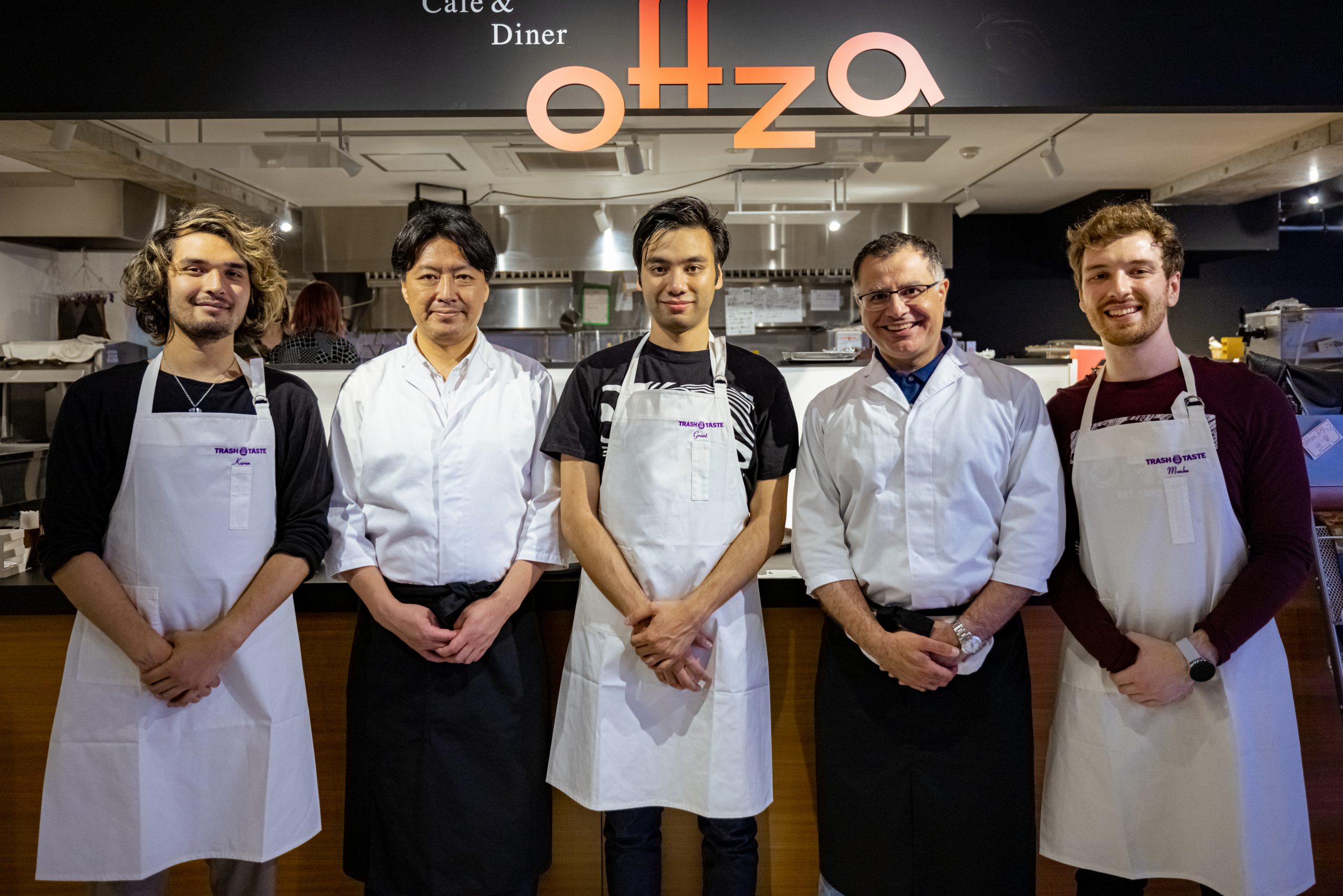 Welcome to ‘This Week in Tokyo’, a review of the Maction Planet week that was and a look ahead to what’s coming up in the city. Hosted by Mac, our Founder and Lead Guide, you can check out photos from our tours and read insights into our explorations as we get under the skin of the World’s Greatest Metropolis, and beyond! This week: Trash Taste; New Otani Ikebana 2022; Hotei; Snow falling on Fuji… in Tokyo and All About Keith Haring!

It was so much fun to be a part of this. There is much more to reveal, but I’ll leave it at that for now…

If you like what you see then please consider subscribing to my own humbler YouTube efforts. Kanpai Planet focuses on the world of Japan’s Drinks, direct from the heart of Tokyo, and Maction Planet brings an in-depth take on Japan Travel and Culture.

New Otani Ikebana 2022: This stunning sight is what greeted you in the main lobby of the New Otani Hotel. This Oshogatsu (New Year) Ikebana arrangement is by Tetsunori Kawana from the Sogetsu-Ryu school. Definitely a case of the photo not doing justice to the sheer beauty and attention to detail to this incredible work.

Hotei: Hatsumode, praying at a shrine or temple at the start of the year, is one of the many oshogatsu customs that people engage in at this time of the year. As well as that, many people conduct a shichifukujin-meguri – a Seven Lucky Gods pilgrimage – by visiting seven temples, each associated with one of the… you guessed it… Seven Lucky Gods.

The photo comes from Shushoin, a Nichiren Buddhist temple. It was originally established in Nerima-ku in 1573, but was moved to its current location in 1663. Hotei, AKA Hoteison, a Chinese Zen priest, is worshipped here. He’s a god of fortune, abundance, popularity and a guardian of children – basically an all-round legend.

Snow falling on Fuji… in Tokyo: The World’s Greatest Metropolis saw its biggest snowfall in 4 years on Thursday 6 January. I was huddled indoors editing. Much love and luck to everyone who had to commute! This Fuji Single Grain Whiskey helped warm me up too!

All About Keith Haring: My first piece for All About Japan is out, and it’s all about the Nakamura Keith Haring Collection, established in 2007 by Dr Kazuo Nakamura, who first began collecting Haring’s work in 1987. Would you believe the world’s only permanent collection dedicated to Haring’s art and energy can be found in the midst of the beautiful nature of the Yatsugatake Mountains? Find out more here!