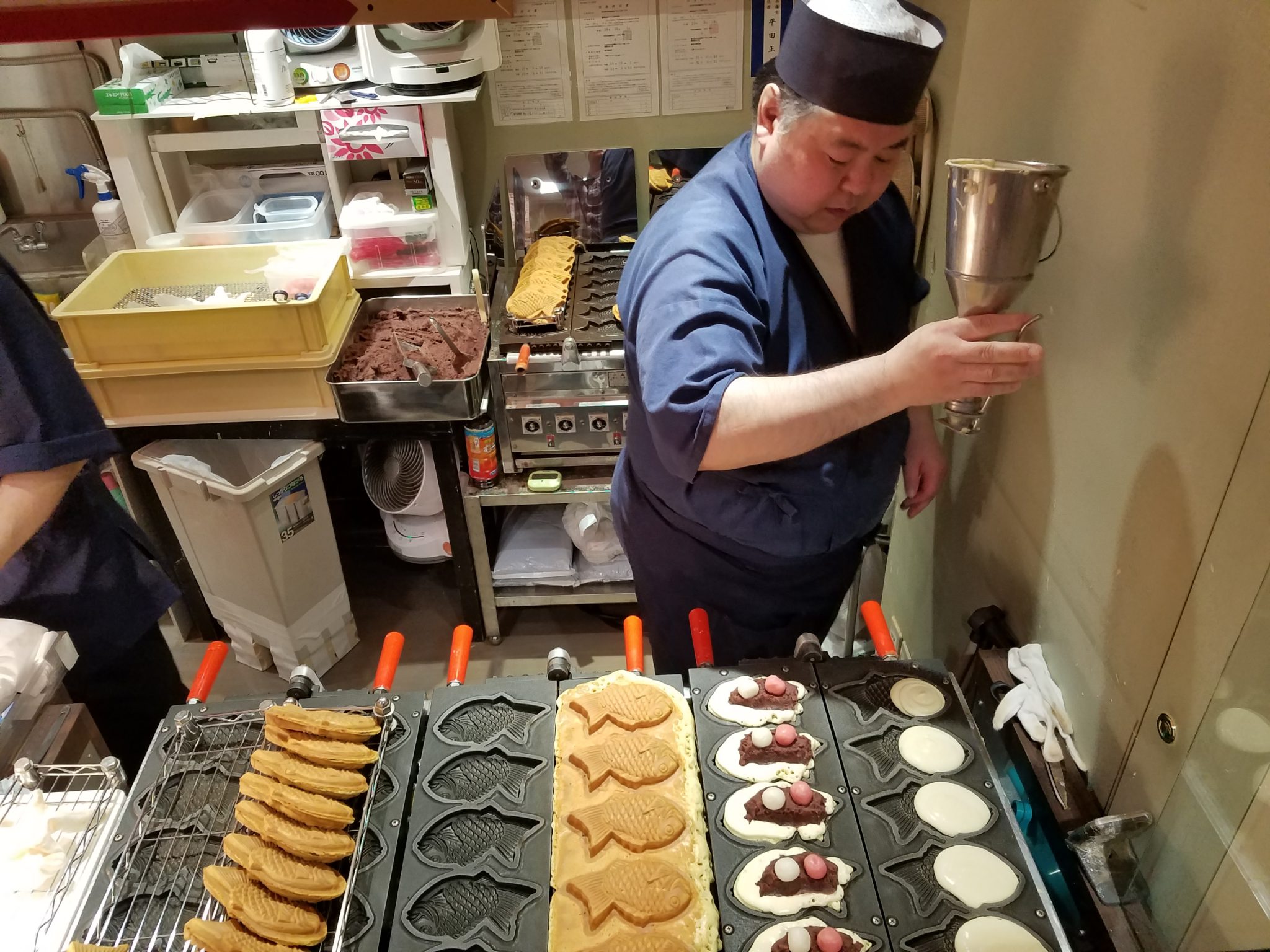 The latest edition of This Week in Tokyo – a review of the Maction Planet week that was and a look ahead to what’s coming up in and beyond the city. Check out photos from our tours and read insights into our explorations as we get under the skin of the World’s Greatest Metropolis. This week’s edition is hosted by Mac, Founder and Lead Guide of Maction Planet. This week: Kabukiza Medetaiyaki; Godzilla Generation; Tetsu on the Chikatetsu; Sunshine x Christmas and Musumbimaru in Tokyo!

Featured Image – Kabukiza Medetaiyaki: There is a lot going on with these delicious medetaiyaki sweets. First of all, the name has a lot of hidden meaning. Medetai means happy or celebratory in Japanese (hence the word ‘Omedetou’ meaning congratulations). Taiyaki is a sea bream-shaped dessert. The tai is an auspicious fish in Japanese culture. The vermilion colour and elegance of the tai has led to it representing good fortune. The ancient image of Ebisu, one of the Seven Gods of Fortune, is represented as carrying a plump tai. The god Ebisu is always seen with one.  Medetai+taiyaki gives us Medetaiyaki, a taiyaki with bonus red and white mochi dumpling in the middle! Red and white (kohaku) are felicitous colours. All this, plus the fact that the shop is located only in the Kabukiza Kabuki theatre in Ginza, explains the long line to grab these medetaiyaki during intervals in the show. Take it from is, they are well worth the wait! My guests and I got to enjoy them during the morning Kabuki performance on 7 December, starring (amongst others) my favourite Kabuki actor Matsuya Onoe. 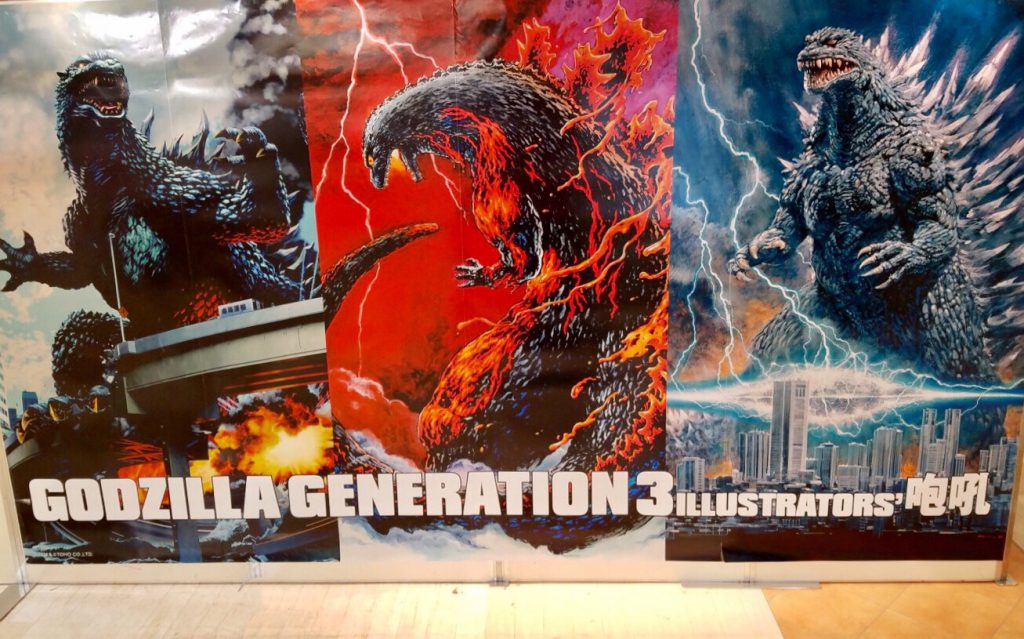 Godzilla Generation: It is a wonderful time to be a Godzilla fan in Tokyo right now. We had the incredible panel at Tokyo Comic Con 2018 featuring Michael Dougherty. Merchandise featuring the big man is everywhere. To add to the brilliance, Parco in Ikebukuro have brought back the ‘Godzilla Generaton’ exhibition featuring thirty-three illustrations by three artists who have depicted Godzilla over time: Noriyoshi Ohrai who drew many Heisei-era Godzilla posters from 1984 to 2004, kaiju artist Yuji Kaida Millenium Godzilla and manga artist Shinji Nishikawa. Artwork is available for sale at the show, along with a lot of supercool limited-edition merchandise. Kaida and Nishikawa have also held live drawing events and signings. Check it out at the Ikebukuro Parco Hokan 7F until 16 December. 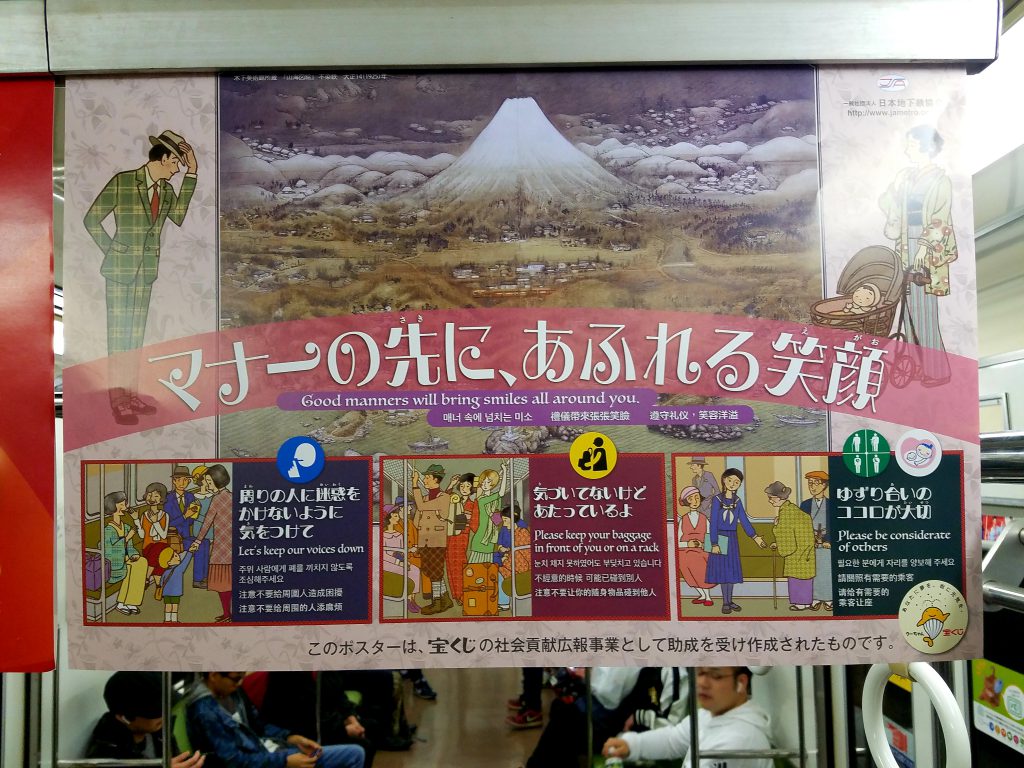 Tetsu on the Chikatetsu: Train manners posters are one of our favourite things to showcase in the ‘And finally’ section of This Week in Tokyo. The imagination on display in many of them is incredible, and if you know what you are looking at they are also fascinating insights into the culture here. This poster is a good example. It features the artwork Tetsu Fusen, a highly acclaimed Nihonga artist active during the Taisho and early Showa periods. Despite his incredible oeuvre he is little-known as, after he settled in Nara post-WWII, he withdrew from the art world. Only two retrospectives of his work have ever been held: at the Nara Prefectural Museum of Art in 1996 and at the Tokyo Station Gallery in 2017, which we reviewed on the Maction Planet blog. His work is very closely held – I commented in my critique of the Tokyo retrospective that I had never been to an exhibition anywhere in the world where so many of the works exhibited came from private collections. So imagine my surprise when boarding a train and coming face-to-face with Fusen’s masterpiece ”Mountains and Sea (Reminiscences of Izu)’ (c.1925, Kinoshita Museum of Art)  in the most ordinary of settings! Art is part of the culture here and is everywhere in Tokyo – experience it with us on our world-renowned Tokyo Art Tours. 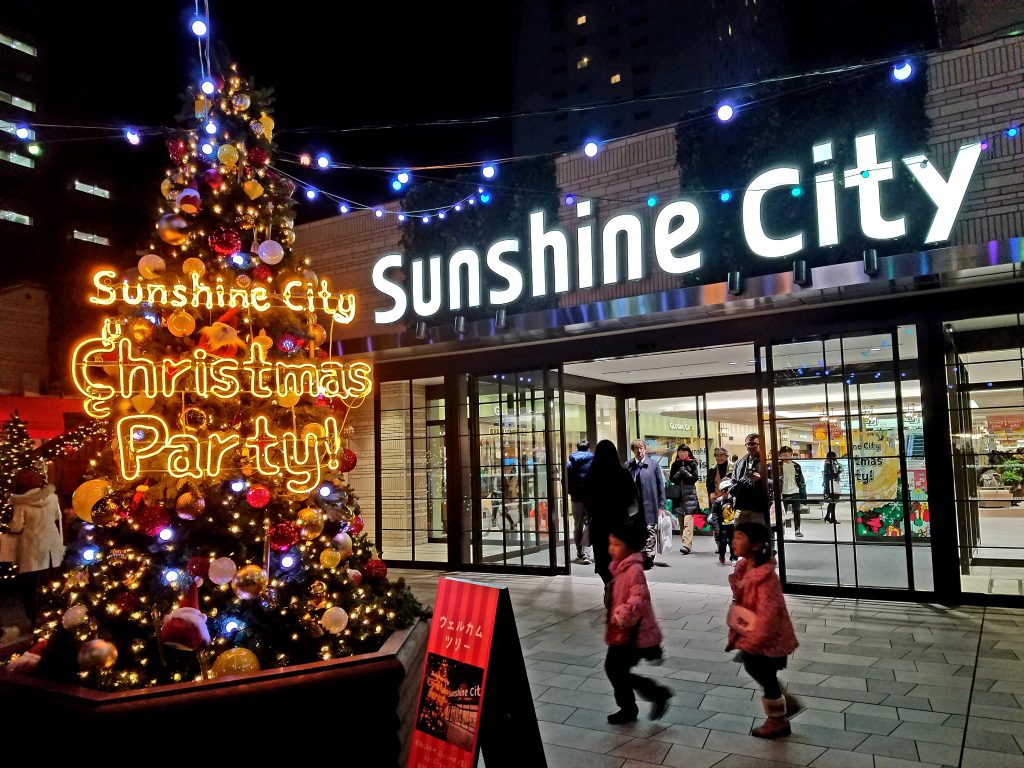 Sunshine x Christmas: Sunshine City is a multifunctional urban complex featuring office buildings, amusement facilities, event space, shopping centers, and a hotel. The complex receives 30 million visitors a year. They are celebrating Xmas with their Sunshine City Christmas Party featuring tie-in events and limited edition merchandise and foods at participating stores and restaurants. This welcome tree greets visitors as they enter through the World Import Mart Building and is a great photo spot. 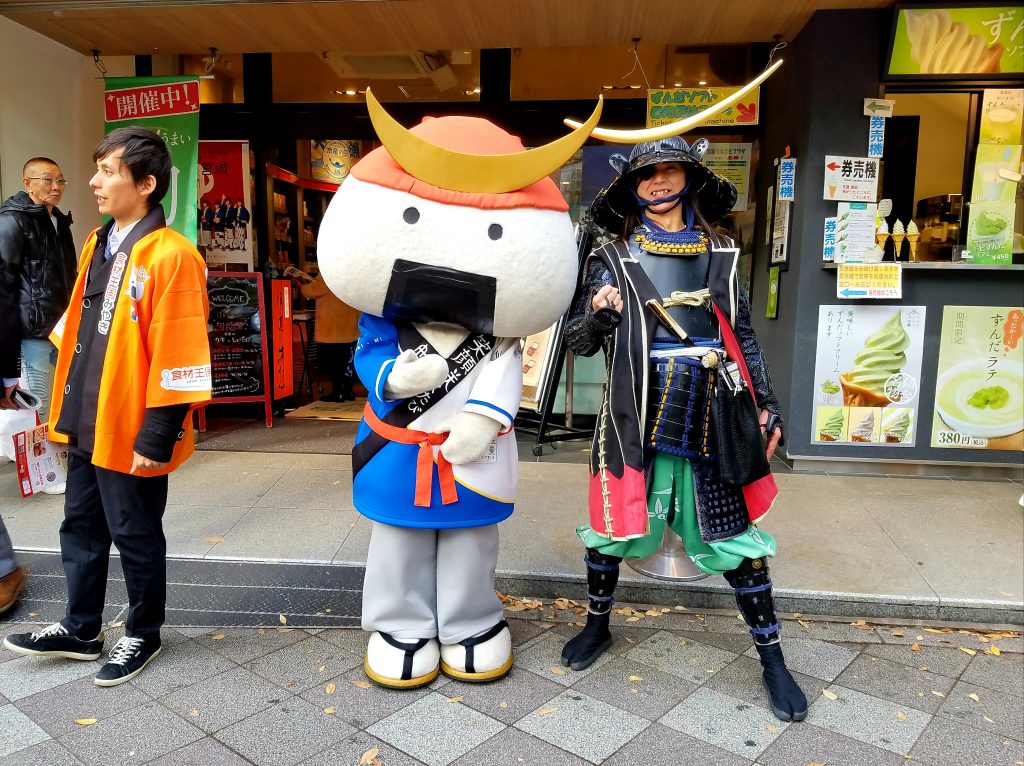 And finally – Musumbimaru in Tokyo!: Born on 8 March 2007, Musubimaru is a Riceball Samurai. His face is a rice ball made with delicious rice harvested from Miyagi Prefecture. His favourite food is Sanma (pacific saury) caught of the Sankiru seacoast and his favourite place is Matsushima – in fact, he wishes he could see it every day. He is perennially five years old and loves children. He’d love to welcome you to Miyagi Prefecture, but if you can’t make it there, the next best thing is the Miyagi Furusato Plaza, Miyagi Prefecture’s Antenna shop in Ikebukuro. This is where we spotted the lovable character. Usually he wears armour modelled after that of legendary warlord Date Masamune. On the day we saw him (Sunday 9 December) he was dressed somewhat more casually, but he had a real Date alongside to protect him!