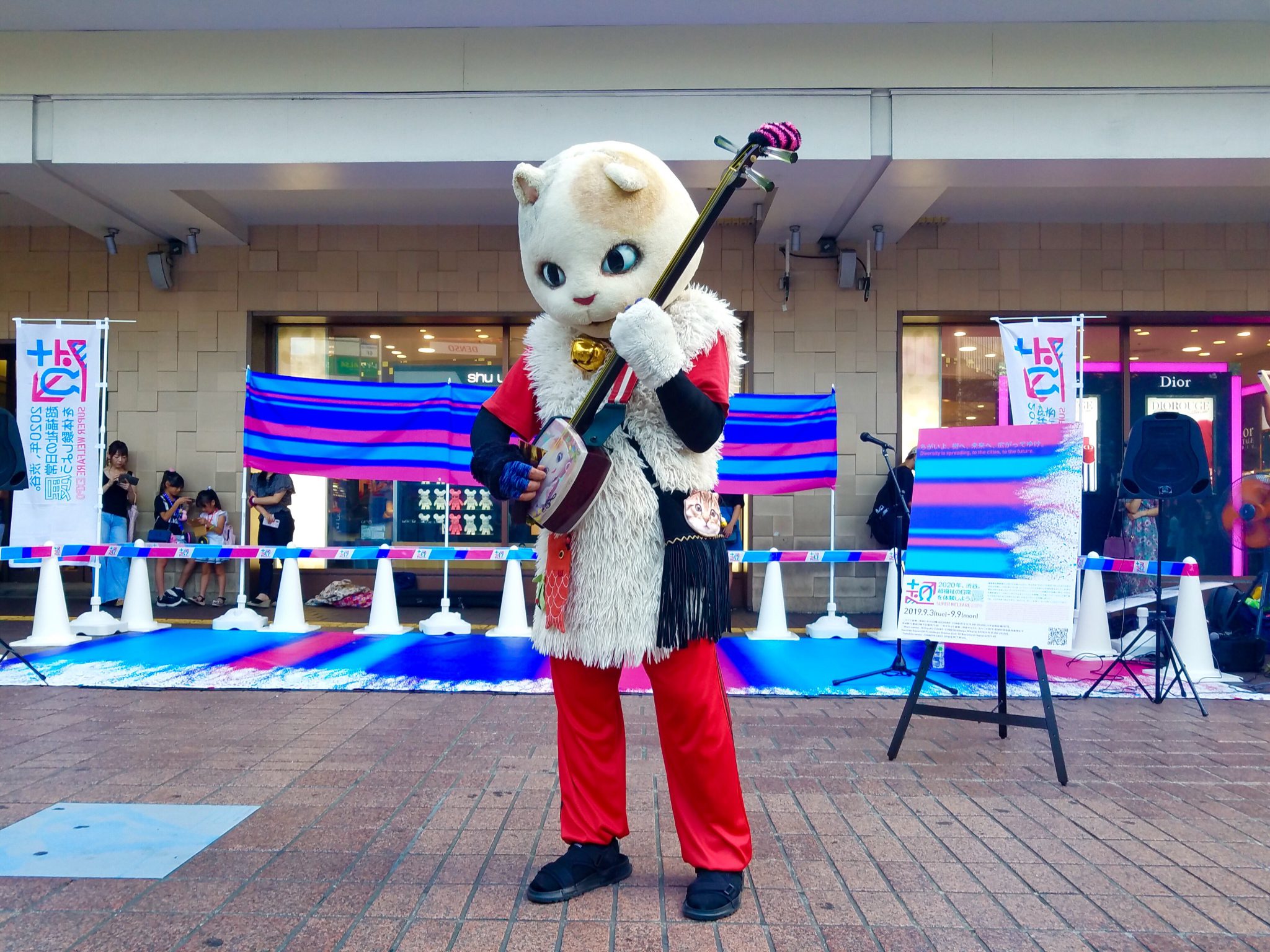 The latest edition of This Week in Tokyo – a review of the Maction Planet week that was and a look ahead to what’s coming up in and beyond the city. Check out photos from our tours and read insights into our explorations as we get under the skin of the World’s Greatest Metropolis, and beyond. This week’s edition is hosted by Mac, our Founder and Lead Guide. This week: Nyanshin; I wanna see the sunshine after the rain; Onden takes Omotesando; Sebastian Masuda – Forever Colors and Pamela, Avery and Rae hit Tokyo!

Featured image – Nyanshin: People Design Institute held its Super Welfare Expo for the sixth year running from 3 to 9 September. The event promotes diversity in Tokyo by breaking down barriers for people with disabilities, the LGBT+ community and other minority groups. How better to promote this fantastic series of events than with a cat person playing the sanshin in Hachiko Square in the middle of Saturday afternoon! 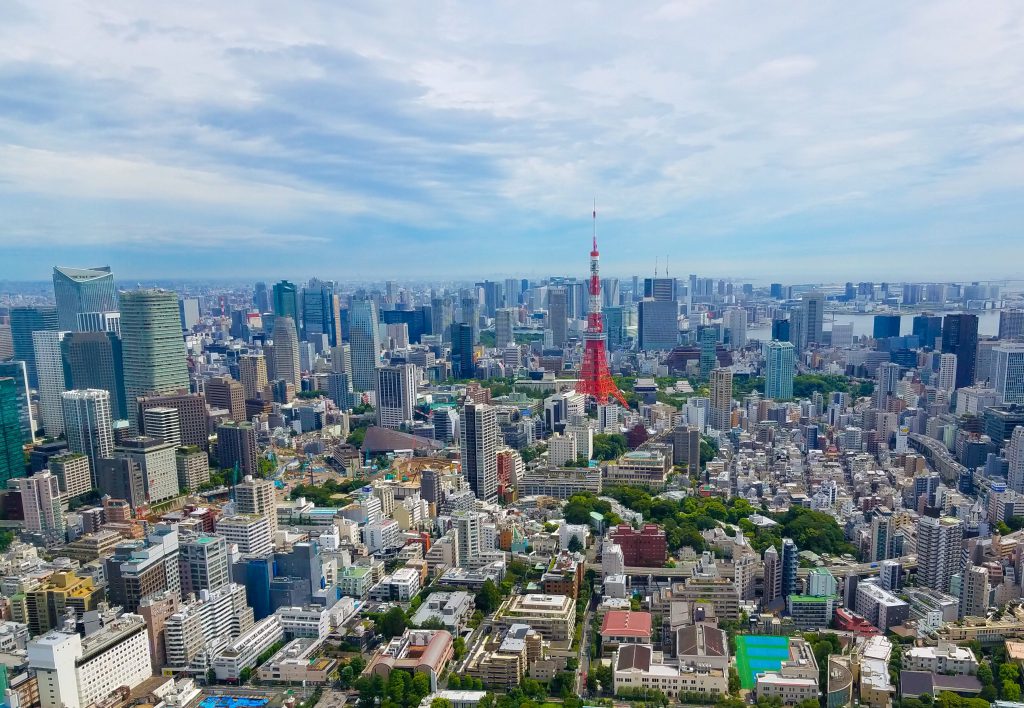 I wanna see the sunshine after the rain: This was the view from the Tokyo City View at the top of Roppoingi Hills at midday on Monday 9 September after Typhoon Faxai had struck Tokyo on Sunday night. The visibility was so great myself and my guests Dudley and Morgan could see Mount Fuji! However, it was this photo of my beloved Tokyo and its wonderful mismash of architecture that I wanted to share here. 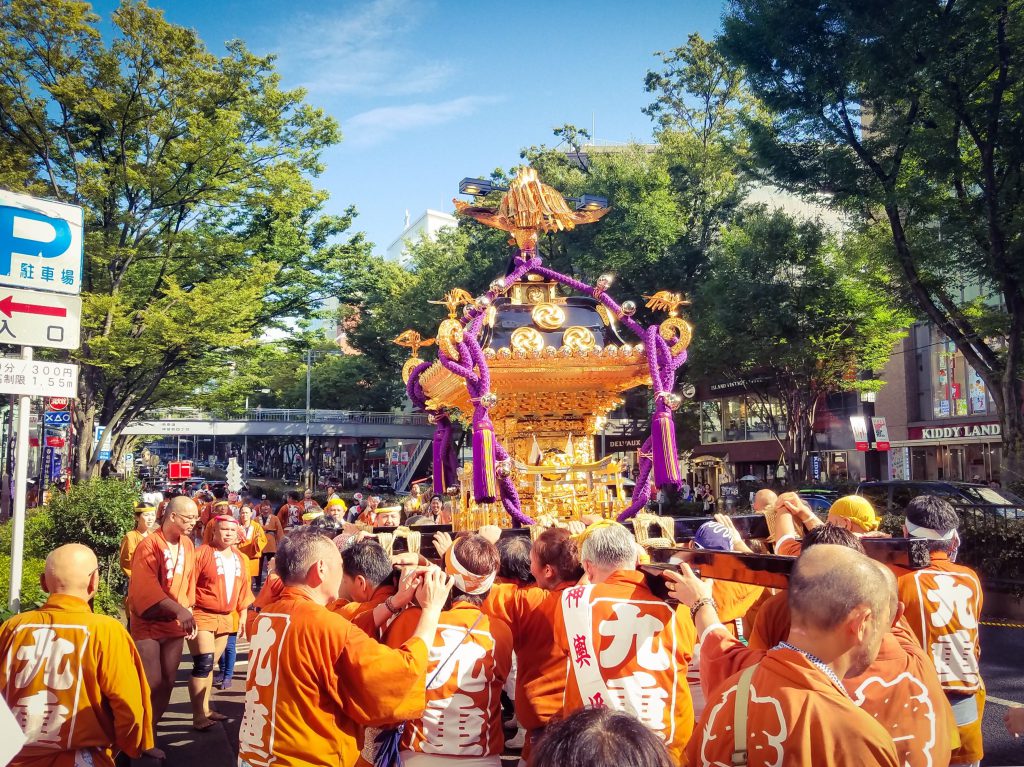 Onden takes Omotesando: The Onden Shrine held its annual matsuri and with careful planning I managed to coincide my guests’ visit to Omotesando just as the mikoshi turned out of Urahara onto the main street! We (me and the aforementioned Dudley and Morgan) watched it process before it came to a stop and the shrine carriers signalled the end of that session of procession with the obligatory sanbon-jime. 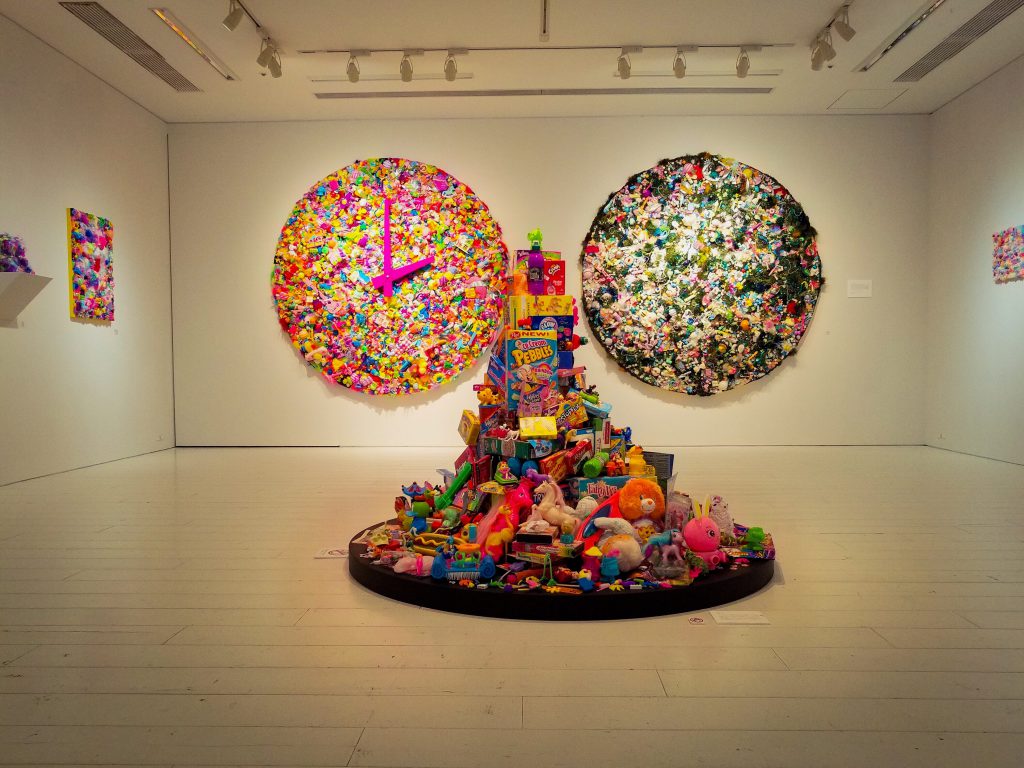 Sebastian Masuda – Forever Colors: Sebastian Masuda is synonymous with Harajuku. He opened 6%DOKIDOKI, with its concept of “Sensational Kawaii” in Harajuku in 1995. He has been working to spread Harajuku culture on a global scale. He gained worldwide attention with his production of the music video for PONPONPON, the debut single by Kyary Pamyu Pamyu. He also produced a concept restaurant called Kawaii Monster Cafe. His first solo exhibition “Colorful Rebellion – Seventh Nightmare” was held in New York in 2014. He’s working now to launch a participatory art project called “Time After Time Capsule” in 10 cities around the world in 2020. His exhibition “Forever Colours” is currently on show at the A/D Gallery. In the words of Sebastian Masuda: “Please relax and enjoy travelling through time while examining these colours!”. Only until 16 September though! 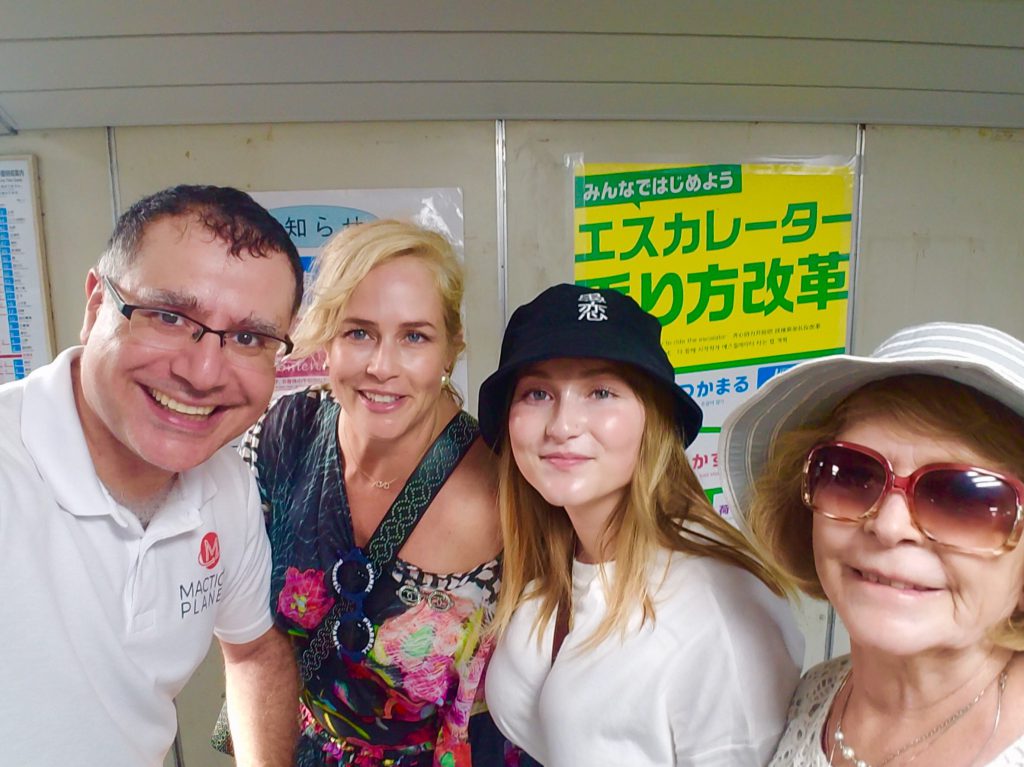 Pamela, Avery and Rae hit Tokyo: It was a pleasure to guide (from left to right) Pamela, Avery and Rae around the World’s Greatest Metropolis today. They have been in Japan for a few days following my advice and today was spent focusing on those locations, experiences and eateries that they would not have found themselves. Pamela was kind enough to let the world know how she felt in an Instagram post which she posted immediately after we finished touring. Thank you for choosing Maction Planet. I hope to see you back in Tokyo soon!