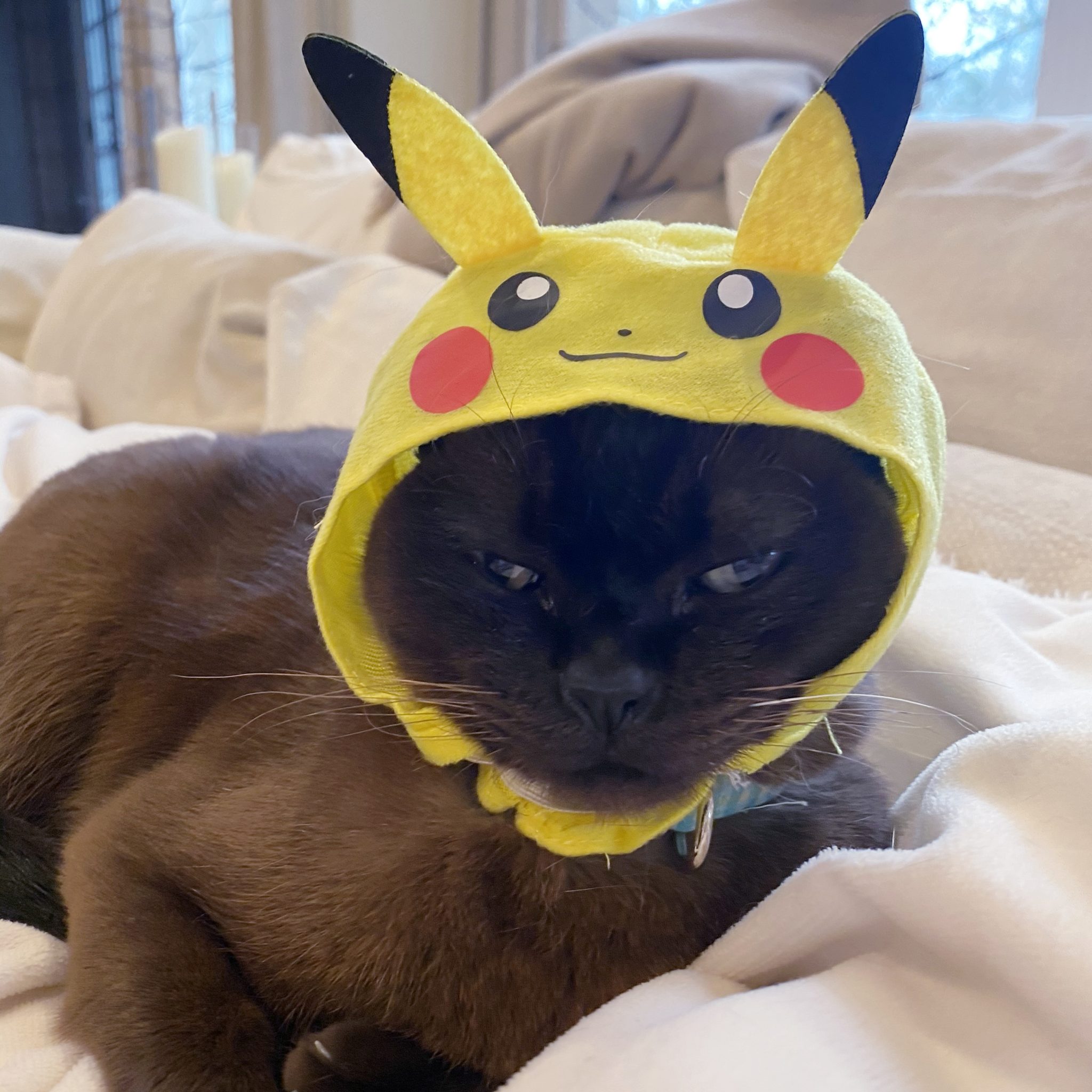 The latest edition of This Week in Tokyo – a review of the Maction Planet week that was and a look ahead to what’s coming up in and beyond the city. Check out photos from our tours and read insights into our explorations as we get under the skin of the World’s Greatest Metropolis, and beyond. This week’s edition is hosted by Mac, our Founder and Lead Guide and Ella, the cat who’s human is Maction Planet guest Cheryl. This week: *Record scratch* *Freeze frame* with Ella the cat; Jockeying at the Daijokyu; Godzilla, Matt and Mac; Roger Turner Overdrive and Hanami 2020 is on the tape!

Featured image: *Record scratch* *Freeze frame* Yup, that’s me. You’re probably wondering how I ended up in this situation… so let me break it down. I’m Ella. My “owner” (she likes to think that) Cheryl recently went to Japan. No idea why she would need time away from me, but anyway. Humans! So she goes to Tokyo and stays in some fancy hotel, the Peninsula. The concierge there tells her that you gotta tour with Maction Planet, so she connected with this guy Mac and he organises things with him and his crew in Tokyo and Kyoto. They tour with Mac for two days in Tokyo and visit some neighbourhood, Akibahara so some such, where there are these machines. Gachapon. You put coins in and something comes out. Well, some devil decided that one of the things that should come out should be a Cat Hat. Not just one, or five… there are about 200 of these things across multiple releases. Monsters I tell ya. For some reason Cheryl wants to get one. WTaF?!? She chooses the Pokemon series and they get the one they wanted, some yellow fella called Pikachu. Mac, the biggest monster of them all, tells Cheryl “If you take a photo of your cat wearing the hat, I’ll put it in our weekly blogpost ‘This Week in Tokyo’. So here I am, staring at you from my place to wherever the hell you are across the globe. As I likes to say “We continue…”

Jockeying at the Daijokyu: “Busy but so worth it” is how my guest Melinda described our visit to the Daijokyu on her Maction Planet Tokyo Private Tour. His Majesty Emperor Naruhito of Japan spent the evening of 14 November until the predawn of 15 November performing the Daijosai ritual, completing the last rite before acceding to the Chrysanthemum Throne, in the Daijokyu complex.  Given the importance of the event, and the fact that there was no English language video adequately capturing the event, Melinda asked me to film around our touring so that this moment of history could be recorded for posterity. If you were unable to make it… enjoy!:

Godzilla, Matt and Mac: I was honoured to host Matt Frank, the Kaiju King, for a visit to the Shin Godzilla Statue in Hibiya, Tokyo… on Matt’s birthday, no less! The Godzilla statue was unveiled in March 2018 and features “Shin Godzilla” from the eponymous movie released in 2016. It’s 3 metres high and is currently the largest Godzilla statue in Japan. It is located in Godzilla Square in front of the Tokyo Midtown Hibiya building in Yurakucho. We made a video analysing the  Godzilla franchise, breaking down the statue design and generally espousing our love of Godzilla and Kaiju in general. We also visited the new home of the previous statue which inhabited the area from 1995. It has been relocated to Toho Cinemas Hibiya in Tokyo Midtown Hibiya. You can watch our adventures below:

Roger Turner Overdrive: On Saturday 7 December 2019 Roger Turner, the internationally renowned improvisational drummer and percussionist from the UK, performed at the Hara Museum for the first time in six years alongside visionary vocalist Koichi Makigami and shamisen maestro Yumiko Tanaka. I came back armed with  You can read the blogpost here and check out the video of the final (pre-encore) performance of the night above! 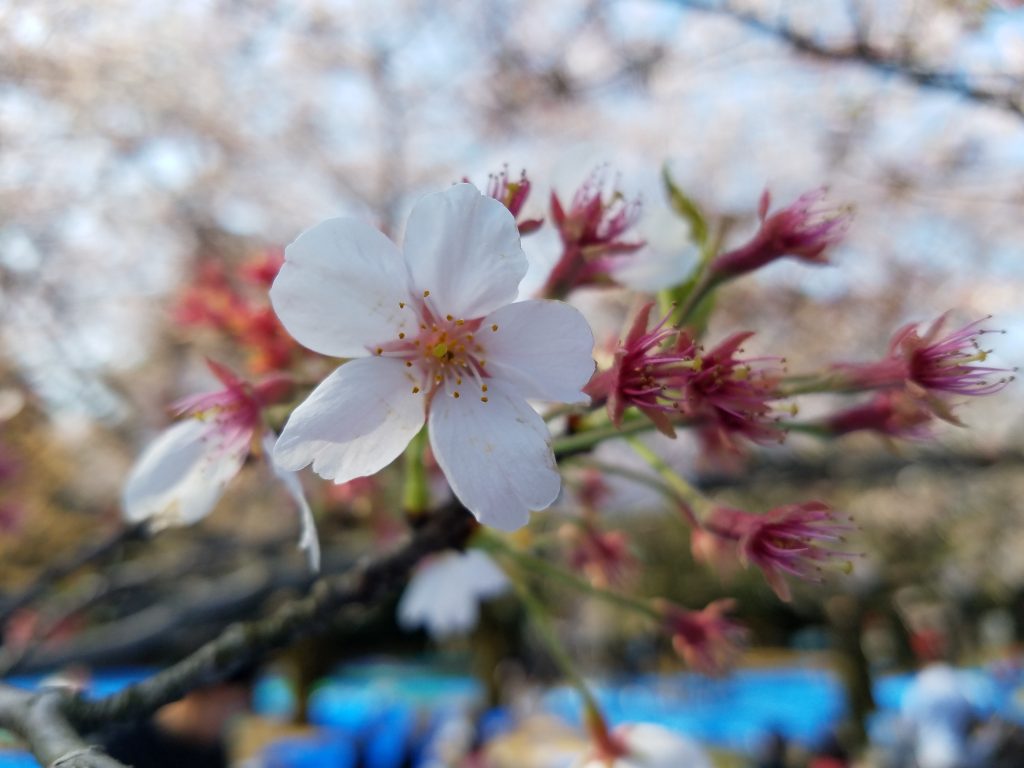 Hanami 2020 is on the tape: Tickets are now on sale for the Maction Planet x Shochu Pro Hanami 2020. We are collaborating once again with Baird Beer and shochu expert Chris Pellegrini to hold an exclusive cherry blossom party in Yoyogi Park on Sunday 29 March 2020 from 12:00-16:00. You can get yourself in the mood for Hanami 2020 by watching this incredible video of Hanami 2017. More info can be found here and tickets are available for purchase here. Only 20 Super Early Bird tickets at deeply discounted prices are available. Grab yours now before the ticket price jumps at the end of the year! The early bird gets the worm… and shochu… and craft beer…