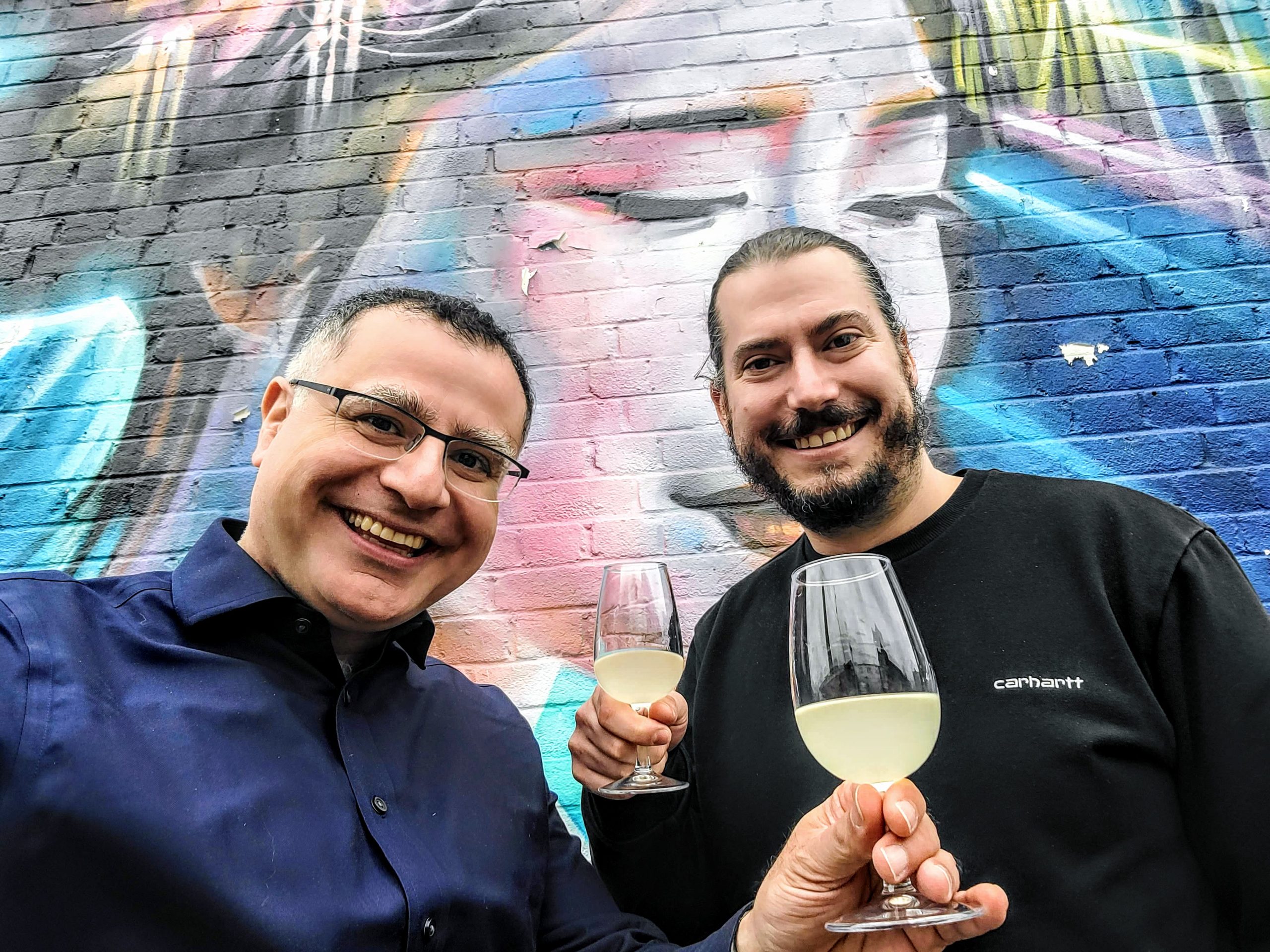 On my recent visit to London I was honoured to be hosted by co-founder Tom Wilson (featured image) and the team at Kanpai London, the UK’s first Sake Brewery. Check out my adventures at Kanpai’s Brewery and Taproom in a special extended edition of ‘This Week in… London’!

When you exit Peckham Rye station, this is the view that greets you:

After a few minutes meandering through some of Peckham’s street art-covered alleyways, you’ll come across this:

That’s right – this is not your father’s sake brewery!

Kanpai London was founded in 2016 by husband and wife, Tom and Lucy Wilson. After their sake homebrew started attracting attention, it was time to expand. A successful crowdfunding campaign helped them get what they needed to become a fully-fledged sake brewery.

Using quality ingredients, such as rice imported from Japan, all their sake is made from start to finish on-site in Peckham, South London. They even hand-fill and label every bottle themselves.

They have some very cool custom equipment. Check out these branded fermentation tanks!

This is a sight I never thought I would see – a koshiki rice steamer in Peckham, conditioning the raw materials needed to make true sake.

I love the smell of steamed rice in the morning.

After a tour of the brewery, including checking out their own fune press, it was definitely time for a drink!

The site is also home to the first sake taproom in Europe, situated above the brewery. Taproom is the operative word, because they literally have their brewery-fresh sake on tap!

I tried a number of beverages from the Kanpai line-up. Two words come to mind: “Devastatingly good”.

Why do I say that, given I live in the land of over 1000 sake breweries making over 20,000 different labels?

Kanpai London’s sake is far from a pale imitation of nihonshu. Expect more full-bodied flavours, catering to the palates of those used to craft beers and flavourful gins – sakes to pair with a roast or curry.

I loved the twists on classic styles – honjozos with super clean finishes, fruity ginjos… but not overwhelmingly so, experimental styles I didn’t know I needed in my life. If you are sceptical about sake made outside Japan, keep an open mind and visit Kanpai. You’ll leave a changed person.

I recommend beginning a visit to the taproom with Kanpai’s own Rice Lager. Typically, I am not a fan of this style, but this brew blew me away.

Highly recommended, and I cannot wait to go back. Thank you to Tom and team for their hospitality. Kanpai, and we continue…

If you want to learn more about sake, watch ‘Making Sake on Sado’ on our sister platform Kanpai Planet, which has been described as the most detailed look at sake making ever produced: