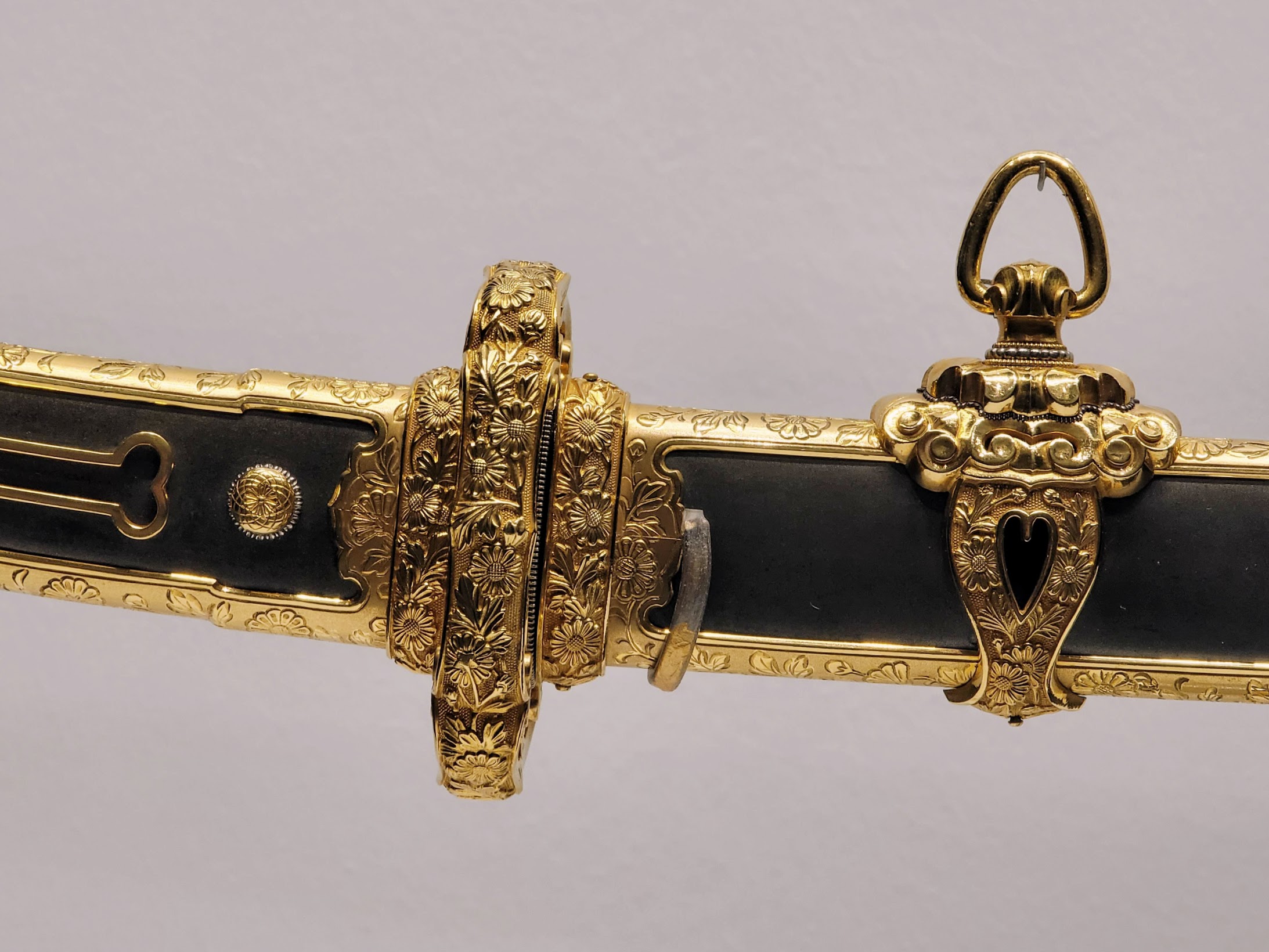 An international edition of ‘This Week in…’. coming to you from London!

The Royal Collection holds some of the most significant examples of Japanese art and design in the western world. For the first time, highlights from this outstanding collection have been brought together to tell the story of 300 years of diplomatic, artistic and cultural exchange between the British and Japanese royal and imperial families.

The exhibition includes rare pieces of porcelain and lacquer, samurai armour, embroidered screens and diplomatic gifts from the reigns of James I to Queen Elizabeth II. Together, they offer a unique insight into the worlds of ritual, honour and artistry linking the courts and cultures of Britain and Japan. Each object on display reflects materials and techniques particular to Japan. Uniquely, many were commissioned or presented by the Japanese Imperial Family. Together, they reveal the ceremonial, diplomatic and artistic exchange linking the two courts of East and West.

Here are my five favourite pieces from the exhibition, which I visited last week!

Featured image – Field Marshal’s sword (Gensuitō), 1918 Gassan Sadakazu (1836-1918): This Field Marshal’s sword is the only example of its kind outside Japan. The elegant blade is in the style of the earliest known Japanese sword to have a forged curve. It was made by Imperial Household Artist, Gassan Sadakazu, at the age of 83 and given to King George V by the Taishō Emperor in 1918.

Embroidered panel, c.1935; Firm of Takashimaya (est. 1831): Peacocks have long been a popular subject with Japanese embroiderers. This design is based on an eighteenth-century painting, and a variety of stitches have been used to achieve a painterly effect, including long sections of couched twisted thread. It was given to King George V for his Silver Jubilee in 1935.

Dish, 1700-50: Lacquer dishes were sometimes customised in Europe with coats of arms or with monograms to mark weddings. This dish has been painted with the cyphers of Charles I and Henrietta Maria. It was probably prepared for a Jacobite sympathiser and later (probably) bought by George IV in 1820, who was keenly interested in his Stuart predecessors. The shape mirrors European pewter plates.

Screen paintings (byōbu), 1860 Itaya Hiroharu (1833-82): This is one of a pair of screen painting which formed part of the first diplomatic gift from Japan to Britain in almost 250 years. Their subtle, lightweight hinges allow an uninterrupted image. Together they represent the changing seasons: the right is filled with pine and maple trees in warm autumnal tones; the left shows Mount Fuji amid the freshness of spring cherry blossom. They were given to Queen Victoria by Shōgun Tokugawa Iemochi in 1860.

Armour (domaru), 1580-1610 Iwai Yozaemon: For me, this samurai armour was the piece de resistance of the exhibition. It was the first diplomatic gift from Japan to Britain. It was sent to James I in 1613 by Shōgun Tokugawa Hidetada with a document granting the British permission to trade with Japan. Silk lacing joins individual iron pieces to form a flexible and lightweight covering. An impressive and costly present, it is the work of Iwai Yozaemon, personal armourer to the ruling Tokugawa shōguns.