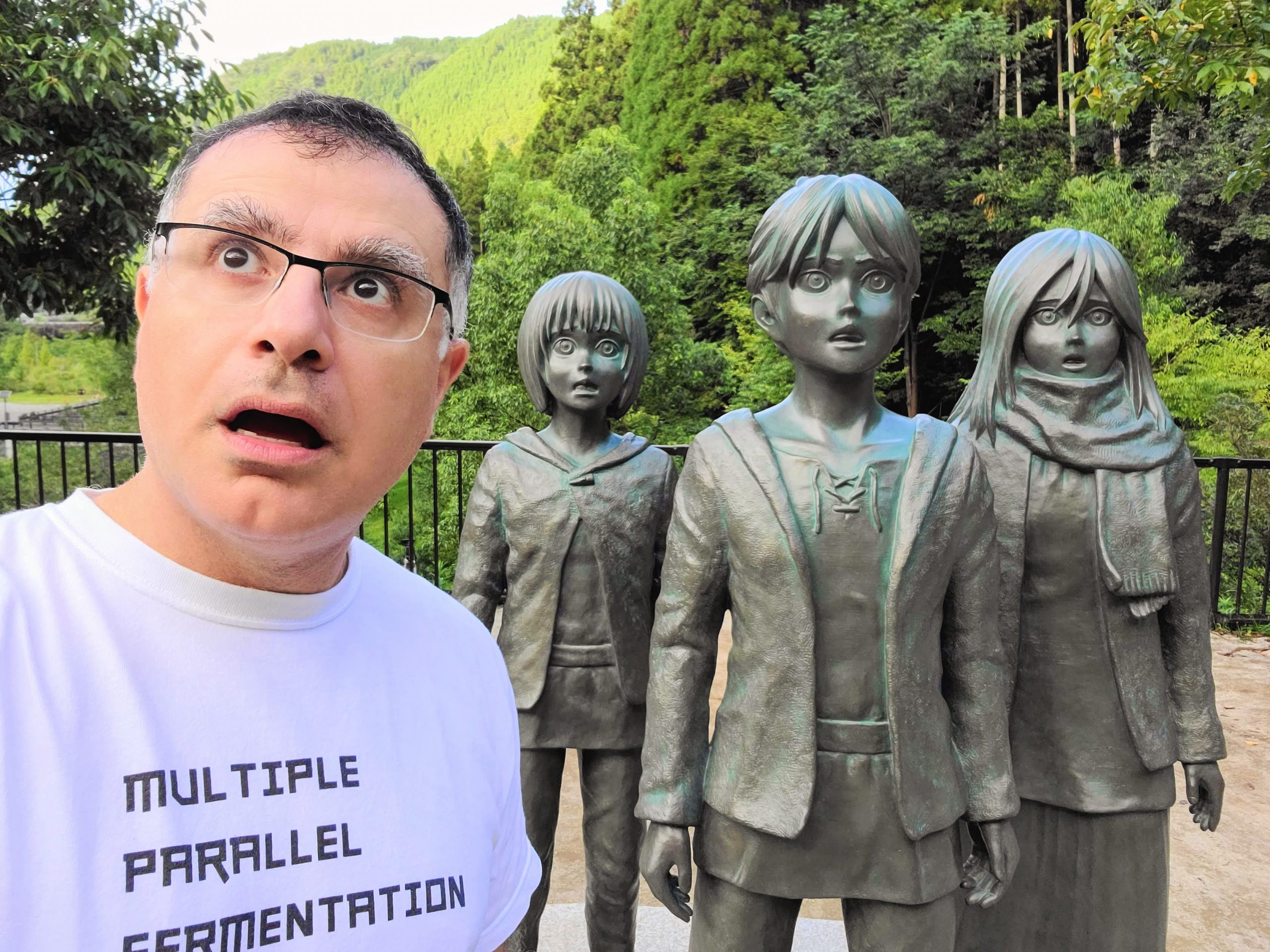 Kyushu was my destination last week – a mix of Maction Planet travel consulting, Kanpai Planet filming and some good old-fashioned tourism. There were enough experiences to fill several months of This Week ins, so the distillation into five photos to represent the week was the most time-consuming part of coming up with this post!

Featured image – Attack on Hita: Since beginning serialization in 2009, the wildly-popular Attack on Titan series has left a huge impact on manga, anime and its fans around the world. Oyama Town in Hita City is the hometown of its creator, Hajime Isayama, and it’s where he was first inspired to create the series. In the first chapter of Attack on Titan, childhood friends Eren, Mikasa and Armin look up at the Colossus Titan breaching the Oyama Dam. This crowdfunded bronze statue recreates this scene and was unveiled on 8 November 2020.

Nagasaki Peace Statue: This ten-metre bronze statue, designed by Seibo Kitamura, was erected by the citizens of Nagasaki in August 1955, on the 10th anniversary of the devastation of the city by the atomic bomb, dropped on 9 August 1945. It was funded with contributions from Japan and abroad. The elevated right-hand points to the threat of nuclear weapons, while the outstretched left hand symbolizes tranquillity and world peace. Omnipotence and love are embodied in the sturdy physique and gentle countenance of the statue, and a prayer for the repose of the souls of all war victims is expressed in the closed eyes. The folded right leg symbolizes quiet meditation, while the left leg is ready for action to assist humanity. The statue is the centrepiece of the Peace Park in Nagasaki, one of my favourite cities in Japan.

Unzen Jigoku: Unzen Jigoku is the best spot to observe the breathing of Mount Unzen, the volcano that stands in the middle of the Shimabara Peninsula. The name Jigoku (Hell) comes from the seemingly lifeless view of the area, but it’s actually a unique ecosystem made up of plants that are relatively resistant to hydrogen sulfide, such as forked fimbry and azaleas.

There are many hells to walk around in Unzen. This one is called Oito Jijoku. Once upon a time, a woman called Oito committed adultery and killed her husband. She was arrested and executed, and soon after, this vent broke out. The spring is named after her in order to remind people of her fate!

Amakusa Sunset: The boat trip from Kuchinotsu, in the south of the Shimabara Peninsula, to Amakusa is beautiful – especially at sunset. A fitting end to this Kyushu post. ‘Nuff said.