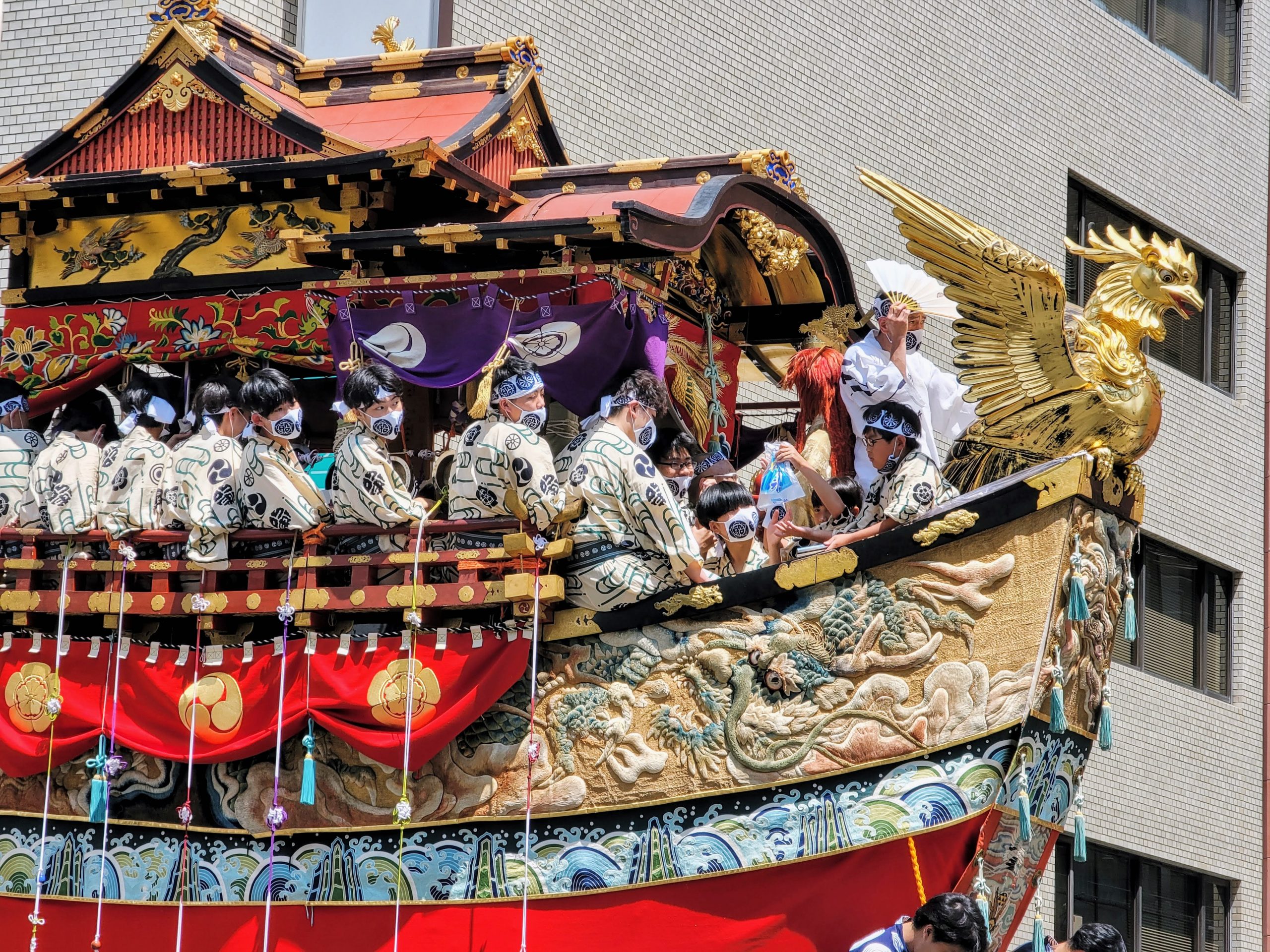 Think of this week’s ‘This Week in’ as a tap takeover by Kyoto, namely its world-famous Gion Matsuri. However, that’s not all that went on in Maction Planet’s week – we have some whisky-related action from Nagoya and Tokyo too!

The Gion Matsuri (祇園祭) takes place annually during July in Kyoto and is one of the most famous festivals in Japan. This festival originated during an epidemic in 869 as part of a purification ritual to appease the gods. By the year 1000, the festival became an annual event, and it has since seldom failed to take place.

The festival runs throughout July, but the highlights are its two Yamaboko Junko processions, which take place on 17 and 24 July. This is a Yamaboko!

The floats in the Yoiyama Parade are decorated with diverse tapestries, some made in Nishijin, Kyoto’s traditional textile-weaving district, while others have been imported from all over the world. Check out the drapes on the fune (boat) in the featured image.

Many festival events take place at the Yasaka Shrine, located in the Gion district, which gives the festival its name. On 17 July in the evening, the procession of three mikoshi portable shrines takes place.

The festival is truly incredible, and I cannot wait to share it with tour guests from around the world in 2023.

Anytime Whisky: You never know who you are going to bump into! I had a phenomenally insightful chat with Chichibu Distillery Global Brand Ambassador Yumi Yoshikawa at Anytime Whisky 2022 in Nagoya, a festival which ran for two days from 16-17 July in Mitsukioshimae Hirobas. It was held outdoors, which added a unique spin to proceedings. As well as Yumi, I met lots of industry contacts and friends, old and new, and it was great to see how well-known Kanpai Planet is becoming in the world of Japan’s drinks. Kanpai to that!

Mars The YA #01: Regular readers of This Week in Tokyo know that I visited Yakushima in May, and spent some time at the Yakushima Aging Cellar owned by Mars Whisky.

Well, all the footage I took there has been put to good use, as Kanpai Planet is proud to present one of the world’s first reviews of the first blended malt from Mars to be aged on Yakushima Island. Mars The YA #01 was released at the end of June 2022. It’s a Blended Malt of distillate made at Mars’ Shinshu and Tsunuki Distilleries and aged at their Yakushima Aging Cellar. The video includes exclusive footage from this inside of this incredible place. But is the whisky any good? Watch to find out!