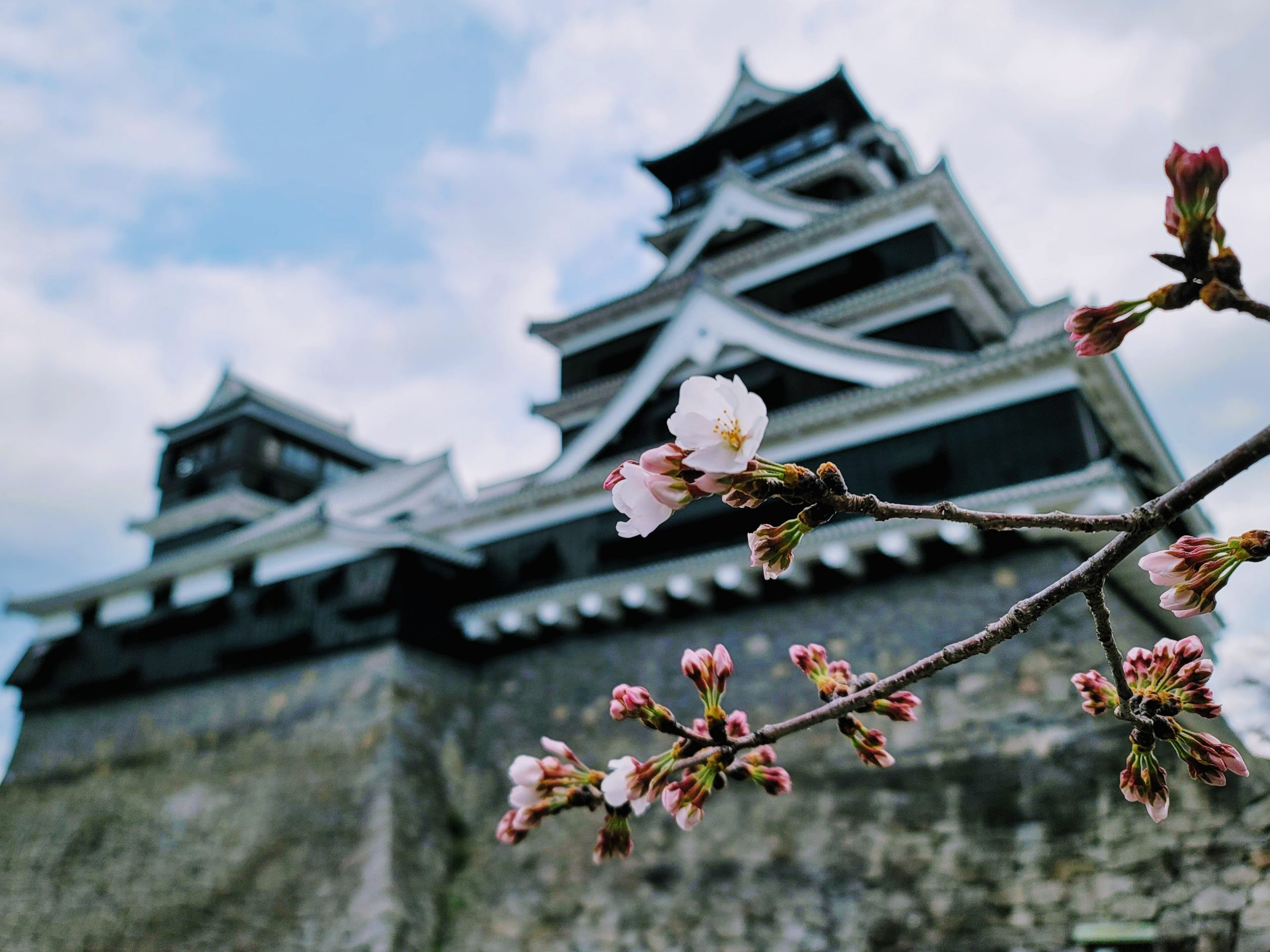 This week, I was honoured to be invited to Kumamoto Prefecture to consult on how best to rebuild overseas tourism to Kumamoto City and the surrounding area in the aftermath of COVID-19. As far as I am concerned the area sells itself. Check out the delights below to see for yourself.

Kumamoto Castle is the symbol of the city, and is considered one of Japan’s premier castles. Several original buildings remain, but the castle keep is a 1960 reconstruction. Sadly, the castle sustained damage in the magnitude 6.2 earthquake that struck at 21:26 on 14 April 2016 in Mashiki Town in Kumamoto Prefecture. It sustained further extensive damage the next day following a 7.3 magnitude earthquake where some portions were completely destroyed. It will take years to fully restore the castle, but the work is progressing at speed. The restoration of the main tower and the Nagabei Wall have been completed! The castle is scheduled to regain its former glory in 2036.

I was lucky to be there on the day that first bloom of the Somei Yoshino Cherry Blossoms was declared in Kumamoto: 20 March 2022. Even luckier, I was able to snap a shot of one of those very first buds. A breathtaking time to be in a legendary city.

Speaking of local legends, they don’t come much bigger than Kato Kiyomasa (1562-1611). As lord of Higo Province (modern-day Kumamoto Prefecture), he oversaw the building of Kumamoto Castle between 1599 and 1607. He first arrived in the area in 1588 and initially presided over the northern half of the province. Has awarded the southern part for his contribution in the Battle of Sekigahara in 1600, a victory that put Tokugawa leyasu (1543-1616) in control of all of Japan. Kiyomasa’s numerous flood control and land reclamation projects laid the groundwork (pun intended) for modern-day Kumamoto. This 1978 statue of him is based on portraits that were made during his lifetime. He is wearing his trademark beard and a naga-eboshi – a kind of tall black hat similar to that worn by courtiers – and is holding the tasseled baton that samurai generals used to direct their troops. The statue is slightly larger than life-size. Kiyomasa was a big man in his day – figuratively and literally.

The modern day equivalent of Kato Kiyomasa, as measured by impact on the prefecture, is Kumamon. To say that he is everywhere in Kumamoto is an understatement. The prefecture’s mascot was created by the prefecural government in 2010 for a campaign created to draw tourists to the region after the Kyushu Shinkansen line opened. Kumamon subsequently became nationally popular, and in late 2011, won a nationwide mascot competition. Following his success in the contest, Kumamoto earned ¥29.3 billion (US$290 million) in merchandising revenue in 2012, after having only earned ¥2.5 billion (US$26 million) in 2011.

During those two years, Kumamon generated a whopping ¥123.2 billion (US$1.2 billion) in economic benefits for his region, including tourism and product sales, as well as US$90 million worth of publicity, according to a Bank of Japan study. He’s continued to bring in the dough since.

Kumamon is the brainchild of designer Mizuno Manabu. Writer and producer Koyama Kundo, who oversaw the creative aspects of the Kyushu Shinkansen project, turned to Mizuno to come up with the logo for the campaign. Of his own volition, Mizuno set to work crafting a character that would captivate people, drawing them into Kumamoto and its amazing cultural offerings. It’s safe to say, over a decade on, that he knocked it out of the park.

An unusual marketing strategy is behind Kumamon’s commercial success. Kumamoto Prefecture grants free usage rights to anyone promoting goods and services from the prefecture. In 2018, these rights expanded to foreign businesses, with the aim of briinging Kumamon to the world.

Mount Aso (阿蘇山, Aso-san) is an active volcano in the centre of Kyushu which most recently erupted in 2021. Aso’s ancient caldera ranks among the world’s largest, with a circumference of over 100 kilometres. In the center of the caldera stand the mountain’s active volcanic peaks, including Mount Nakadake, whose spectacular crater is accessible to tourists… when it’s not closed off to visitors due to poisonous gases, bad weather or the risk of eruption that is!

Not far from the Nakadake crater, Kusasenri AKA Kusasenri-ga-hama is a grass-covered plain with grazing cows and horses. In fact, horse riding is possible from early March to mid-December. On the opposite side of the road from which I took this shot of Kusasenri stands the Aso Volcano Museum. Such a majestic place.

After all that heat, I needed to cool down with one of my favourite treats on earth – kakigori! I love it so much I’ve even writtten an ode to it! Hisanagaya in Minami Aso is one of the best spots to enjoy local shaved ice. Not only is the mineral water turned ice locally sourced, the cafe itself is in the Choyo railway station. Following damage from the April 2016 earthquakes, the entire Minami Aso Railways’ Takamori Line was shut down. A section of the line resumed service in July 2016, but the section between Tateno and Nakamatsu, which includes Choyo Station, is still closed. This gives Hisanagaya a unique atmosphere, by the currently abandoned tracks, and located in the station built in 1927. Even if you were to go alone, friend of all Kumamon will be happy to keep you company!