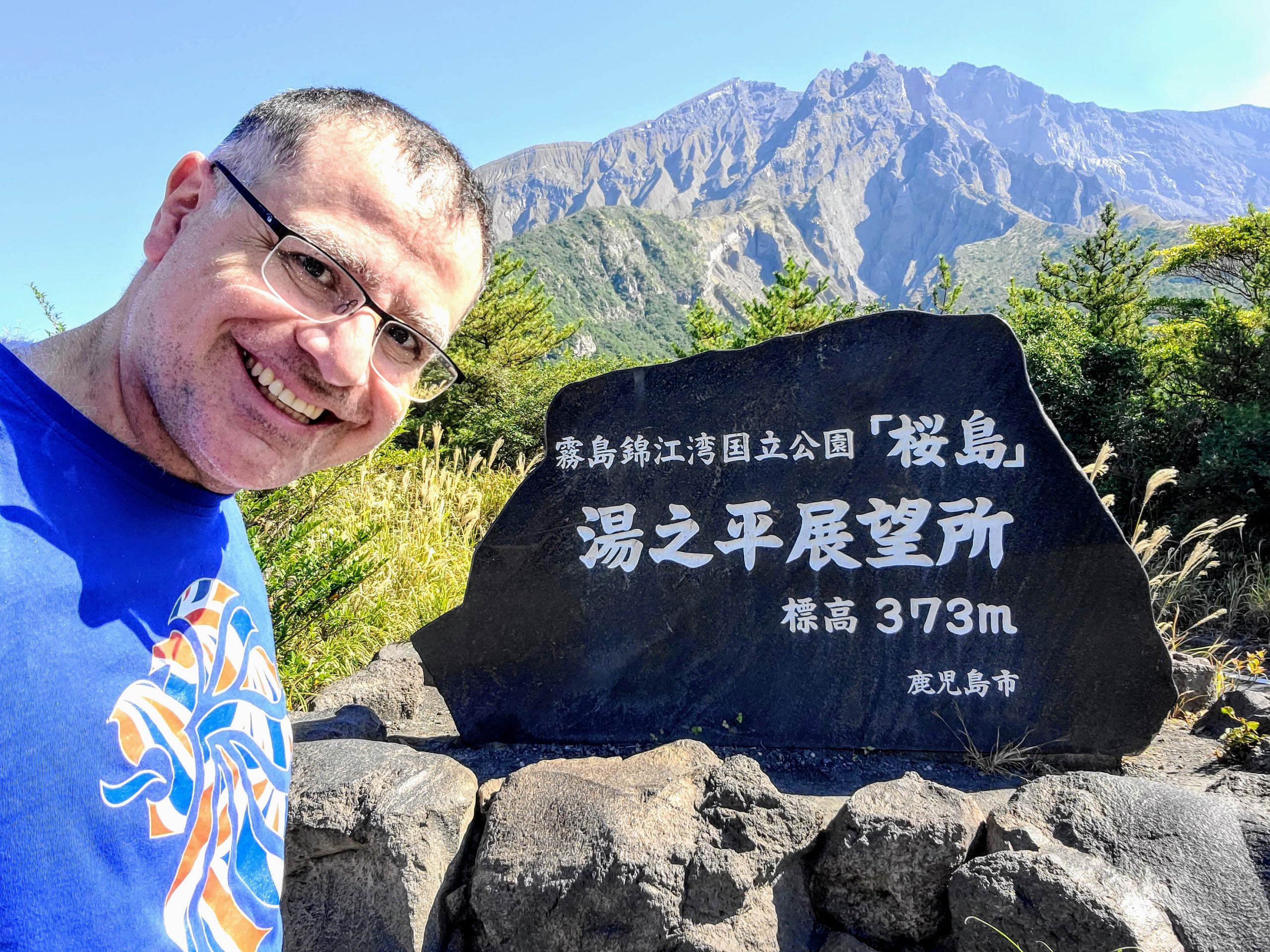 It’s been a busy week crisscrossing the country. In this week’s edition of ‘This Week in’, I’m showcasing my productive four days in Kagoshima. I was there creating content for Kanpai Planet, our sister drinks-focused platform, as well as expanding the tour offering for visitors to Japan who want to go beyond the classic ‘Golden Route’ of Tokyo and Kyoto.

Kagoshima (鹿児島) is the capital city of Kagoshima Prefecture. Located at the southwestern tip of the island of Kyushu on the edge of the Aira Caldera bay, Kagoshima is the largest city in the prefecture. Kagoshima Prefecture, formerly the Satsuma Domain, was the centre of the Shimazu clan’s territory for many centuries.

Featured image – Sakurajima: Sakurajima is a volcanic island 4km from Kagoshima. Standing 1117 metres tall, with a 50km circumference, it’s one of the world’s great active volcanoes. The stratovolcano lies on the south rim of the Aira Caldera and consists of two peaks, the North Peak and the South Peak. Yunohira Observatory, where I am in the featured photo, is the highest point on Mt. Sakurajima open to the public. From the observatory, you can see a lava field and, at times, rising plumes of volcanic smoke, as well as a view of Kagoshima City across the Kinko Bay.

From the Cradle to the Grave: Ai Shinohara was born in Kagoshima in 1984. In 2007, she graduated with a B.A from the Department of Painting’s Oil Painting Course at Tama Art University, Tokyo. Her ephemeral, surreal work highlights the relationship, at times uncomfortable, between humans and nature. This piece was my favourite, ‘From the Cradle to the Grave’, which was painted in 2010-2011 and is in the collection of the Tsurunokurumati Museum.

Her incredible work is part of ‘From the Edge’, an exhibition at the Kagoshima City Museum of Art, which introduces artists who were born in Kagoshima in the 1980s. The title of the exhibition has a double meaning – Kagoshima being the southern edge of Japan and the cutting edge of art which these artists occupy. This is the first special exhibition showcasing contemporary artists at the Kagoshima City Museum of Art in 14 years. It runs until 7 November, and is highly recommended!

I love Sengan-en: What’s not to love? Sengan-en is a traditional garden and stately home in Kagoshima built by the 19th head of the Shimadzu family, Mitsuhisa, in 1658. Sengan-en uses the principle of ‘borrowed scenery’ and incorporates the background elements of Sakurajima and Kinko Bay as part of the gardens. I arrived just before the start of the 62nd Sengan-en Chrysanthemum Festival. The pagoda and heart were part of the displays for the festival, which features 15,000 chrysanthemums. It’s a spectacular place and its seasonally-shifting ambience make it a must-visit on every trip to Kagoshima.

Tram Tram: Kagoshima’s trams are cute. This one features one of the cities mascots. Why is a polar bear a mascot in southern Japan? It’s to do with one of the cities famous treats – a kakigori (shaved ice) variant. In Kagoshima, condensed milk is the topping of choice. With fruit scattered on top, it looks like the face of a polar bear, hence the name ‘shirokuma’ (polar bear). ‘Nuff said.

Rocks at Roku: While there is an up-and-coming whisky scene in Kagoshima, the traditional distilled spirit is Shochu. There is no better place to sample Japan’s indigenous spirit than Ishizue and Roku. These sister bars have an insane collection (2000 bottles total) of shochu, and much more. Case in point: I decided to finish off my evening at Roku with an Akayane Sansho Sprits and soda, expertly crafted by Maya Aley, one of Kagoshima’s cultural ambassadors and a true asset to the prefecture. Kanpai!