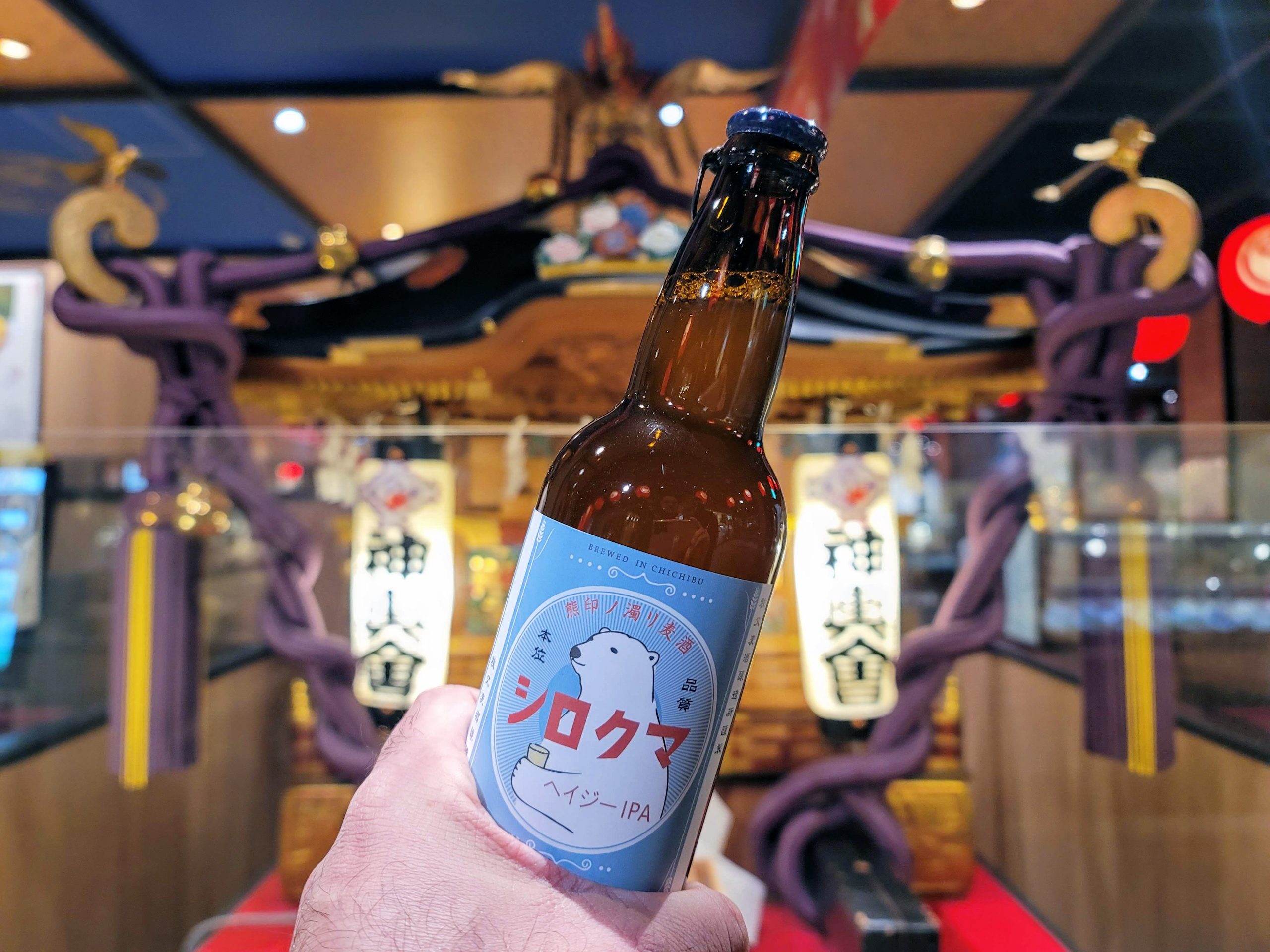 Once again, two of my worlds – Maction Planet and Kanpai Planet – collided this week as I was invited by the Saitama Prefectural Tourism Board to consult on some drinks-related tourism projects in Chichibu.

Chichibu is a city northwest of Tokyo, in Japan. It’s known for the Chichibu Kannon Pilgrimage route, which links 34 temples across the surrounding mountain, and its famous yomatsuri (night festival) is one of Japan’s big three hikiyama (float) festivals.

There are other festivals that take place in Chichibu that involve the carrying of mikoshi, portable shrines, and that’s what’s behind my Shirokuma (Polar Bear) Hazy IPA from Chichibu Beer in the featured image.

Say the word ‘Chichibu’ to informed drinks fans around the world, and they will immediately think of the Chichibu Distillery, owned by Venture Whisky, makers of Ichiro’s Malt, named for the owner and Chief Blender, Ichiro Akuto.

Well, a trip to their hometown would not be complete without enjoying some of the distillery’s juice, as it were. Above, from right to left, are Ichiro’s Malt & Grain, Double Distilleries, MWR and Wine Wood Reserve. I’ve had all of these before, but never as part of a whisky and food pairing exercise guided by Venture Whisky’s Global Brand Ambassador Yumi Yoshikawa.

Considering the size of the town, an extensive bar culture has evolved in Chichibu focused around whisky. There are few better places to sample the extensive and ever-growing range of Ichiro’s Malt than Bar Craic, where I enjoyed a line-up of Chichibu Editions from 2019, 2020 and 2021.

Back in the lower ABV world… Chichibu is also known for its sake. Buko Masamune is one of Saitama Prefecture’s most famous breweries. Founded in 1753, the brewery buildings are registered as National Tangible Cultural Properties. They use underground water from Mt. Buko, which has been selected as one of the 100 best waters of Japan. Despite all this history, they are still trying new things, including experiments with yeast, as their kurabito was doing when we toured the brewery.

Last but not least, Chichibu is one of Japan’s wine regions. We visited two wineries – Usagida Winery (above) and Chichibu Wine (below). They both make some lovely wines which I enjoyed both separately and alongside food pairings.

Whatever your tipple of choice – and you can have more than one – Chichibu has you covered. Kanpai!