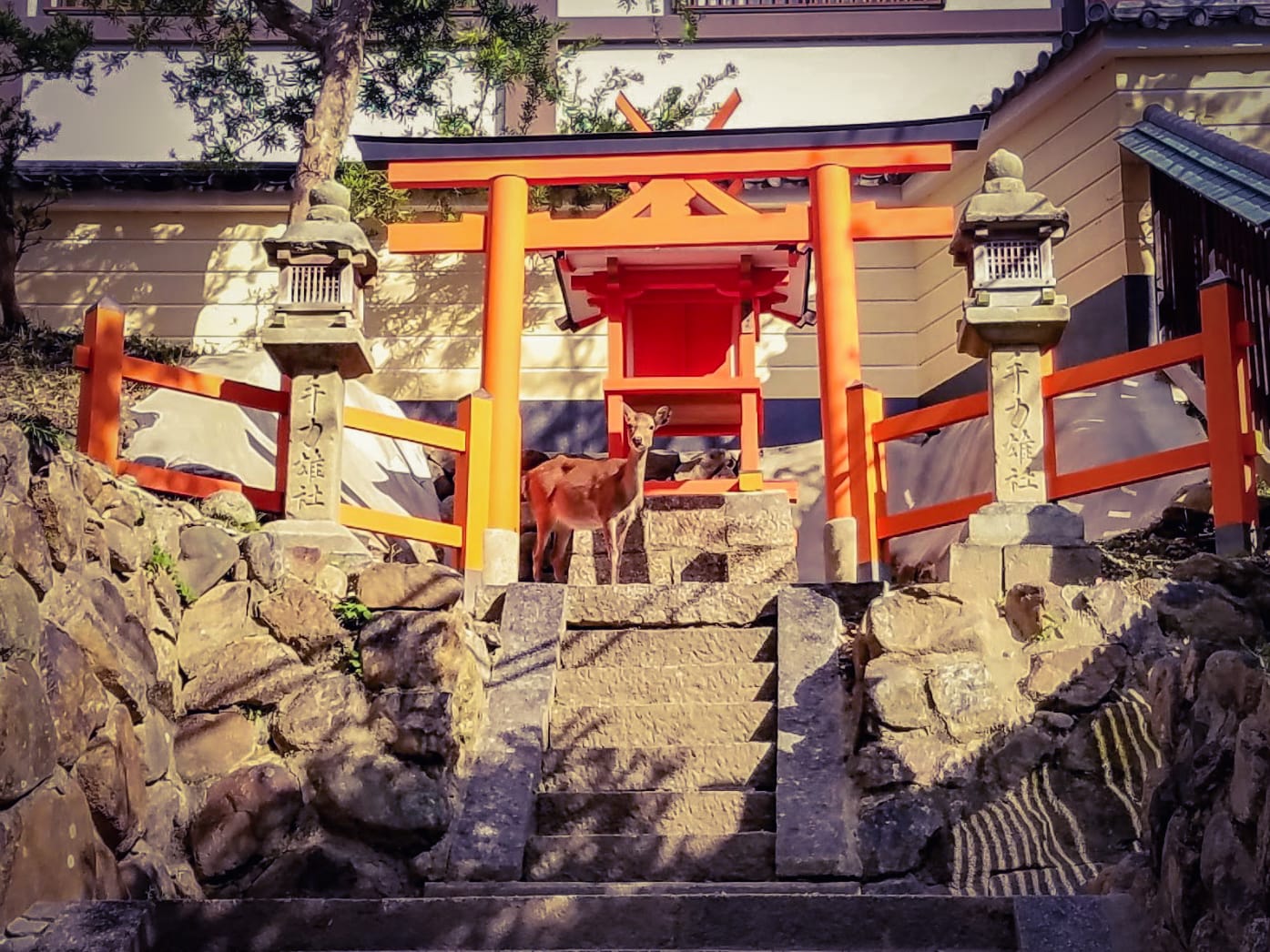 Mac’s been busy! He has spent the last week travelling around the Kansai region. We’ll hand over to him to share some highlights of his time there. As he is undoubtedly going to say somewhere in this post, “We continue…”

I have spent a significant part of the last week thinking about how to present my adventures travelling around Kansai. In 8 days I explored six locations – Awaji Island, Akashi, Osaka, Horyuji, Nara and Kyoto – and had a multitude of adventures in each. I decided to pick one photo from each location to share in this week’s ‘This Week in…’. Choosing just one was almost impossible. Here’s my attempt to sum up one of the most amazing weeks I have ever had in Japan.

Featured image – Nara: Walking around Nara Park in the early morning is a wonderful experience. The sacred deer that the park is home to really do get everywhere. He is one standing in a torii gate at a small shrine.

Header image – Akashi: Akashi in Hyogo Prefecture is the gateway to Awaji Island. It is famous for whisky, an egg-based takoyaki variant called Akashiyaki, and the ruins of its once-dominant castle. I snapped this shot from the castle keeps as the sun was setting over this lovely town. 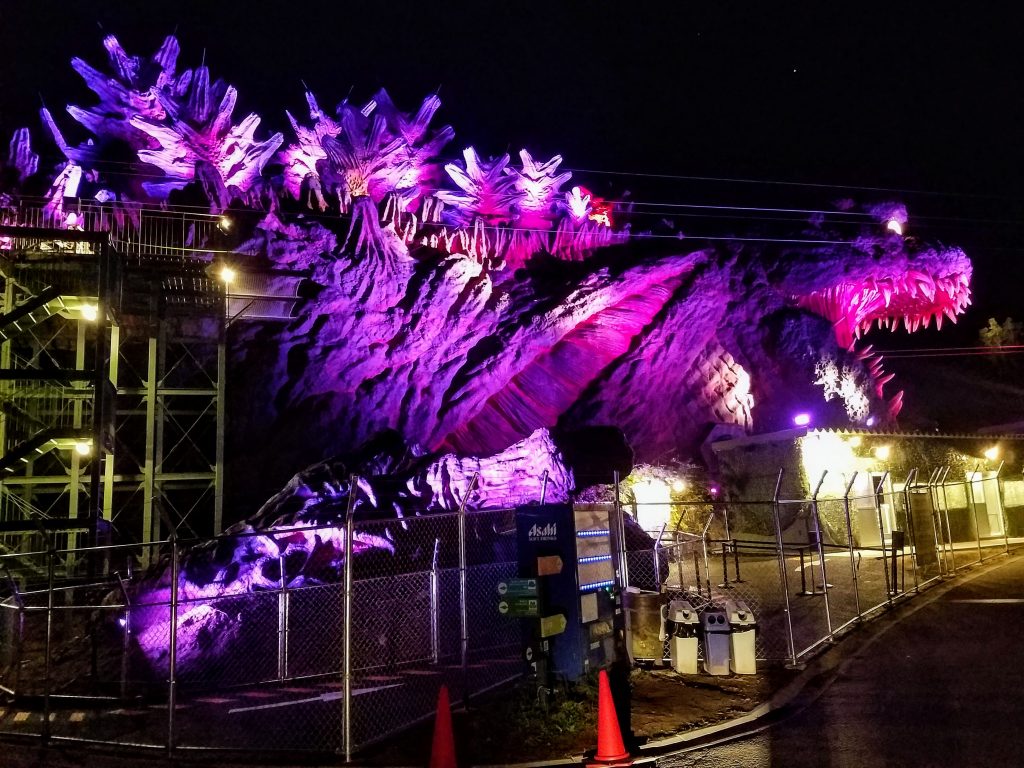 Awaji Island: A new addition to the Japan bucket list was to zipline through Godzilla’s mouth at Nijigen no Mori Awaji Island. Not a phrase I ever thought I would type in my life, and probably not one you thought you would read. At some point a YouTube video of the Godzilla Zipline is coming. For now, let me just say that it was ‘Large’. As Nijigen no Mori is primarily a daytime destination, there are not many photos kicking around of what the King of the Monsters looks like lit up at night. It is truly an awesome sight to behold. 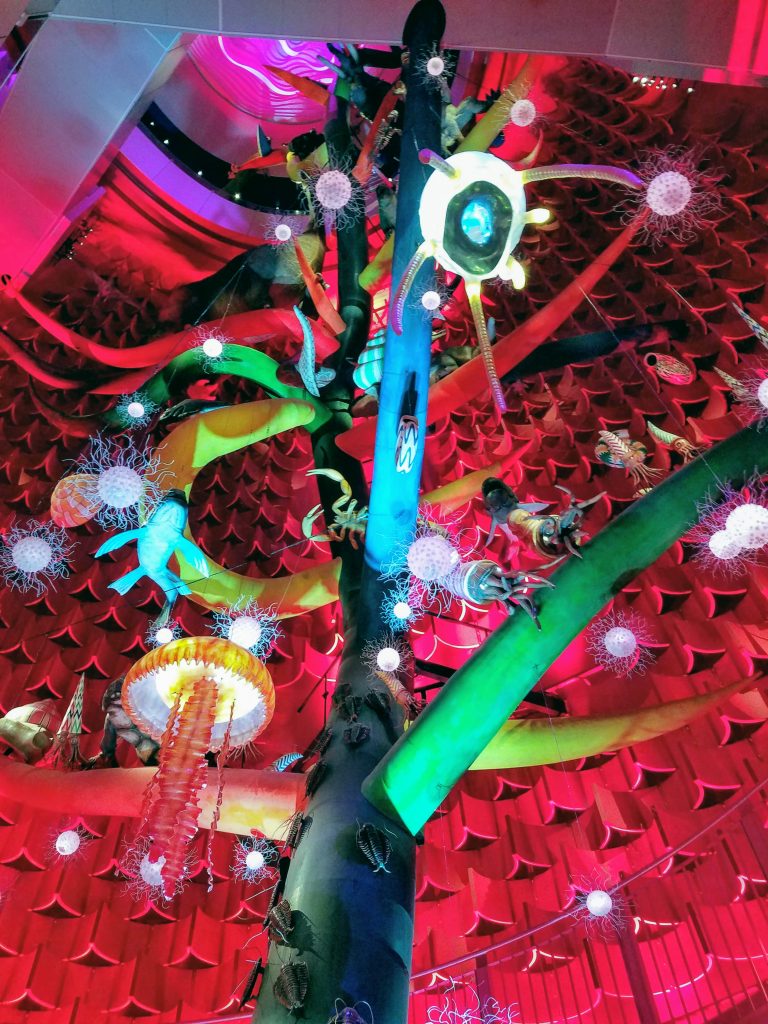 Osaka: From 19 March 2018, the insides of the Tower of the Sun, Taro Okamoto’s masterpiece from Expo ’70, re-opened to the public. Here is what greets you inside: the psychedelic ‘Tree of Life’  which takes you on a vertical journey through the history of evolution. The many objects and miniatures hanging from the tree were created by Tsurubaya Productions, the Japanese special effects studio responsible for Ultraman! I knew there was a reason I felt a kinship with the work. 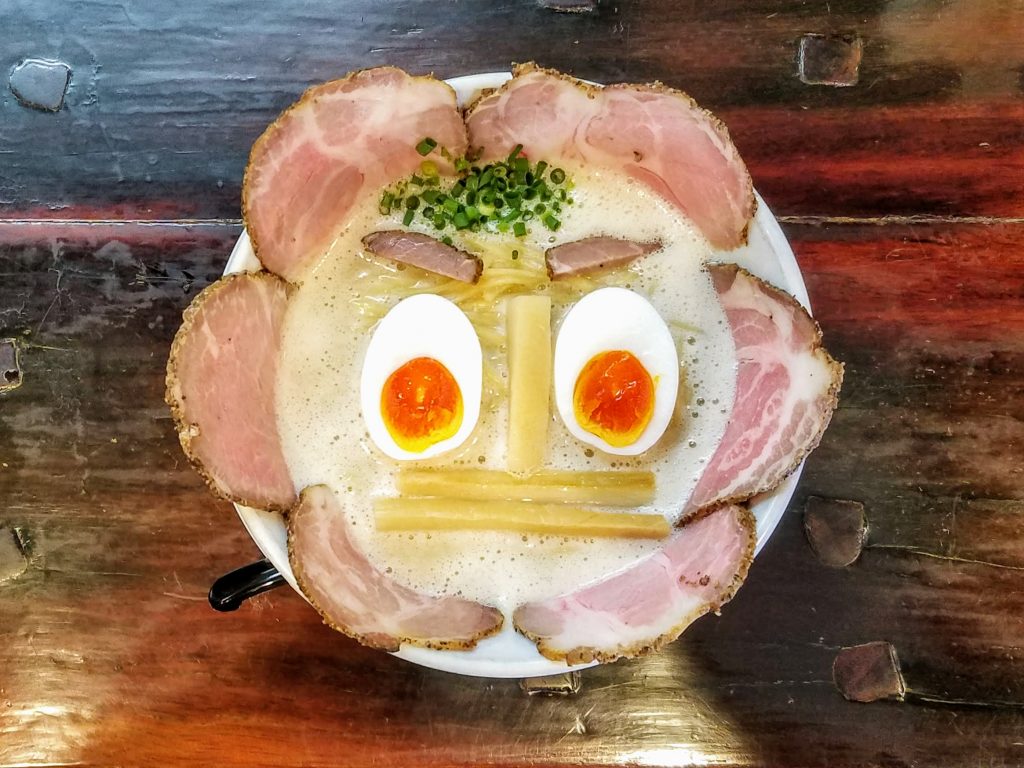 Horyuji: Most people who headed to Horyuji would almost certainly share photos of Horyuji Temple (法隆寺). It was founded in 607 by Prince Shotoku. Horyuji is one of Japan’s oldest temples and contains the world’s oldest surviving wooden structures. It was designated a UNESCO World Heritage Site in 1993. However, one thing I will always remember about my time there is the incredible lunch I had at Mitsuba the Second. As the name suggests, Horyuji is home to the second outlet of Mitsuba, one of West Japan’s most highly-regarded ramen shops, based in Tonio, Nara. As you can see from the photo, it was clearly memorable.

Oh, you’ve twisted my arm. Breaking my one photo rule, here’s a photo of Hokki-ji. The only original 8th-century building remaining is the 24m-high three-storied pagoda, the oldest of its kind in Japan, and a National Treasure. I timed my visit for the Cosmos Festival. You can imagine I took many photos along the theme below, but this is my favourite: 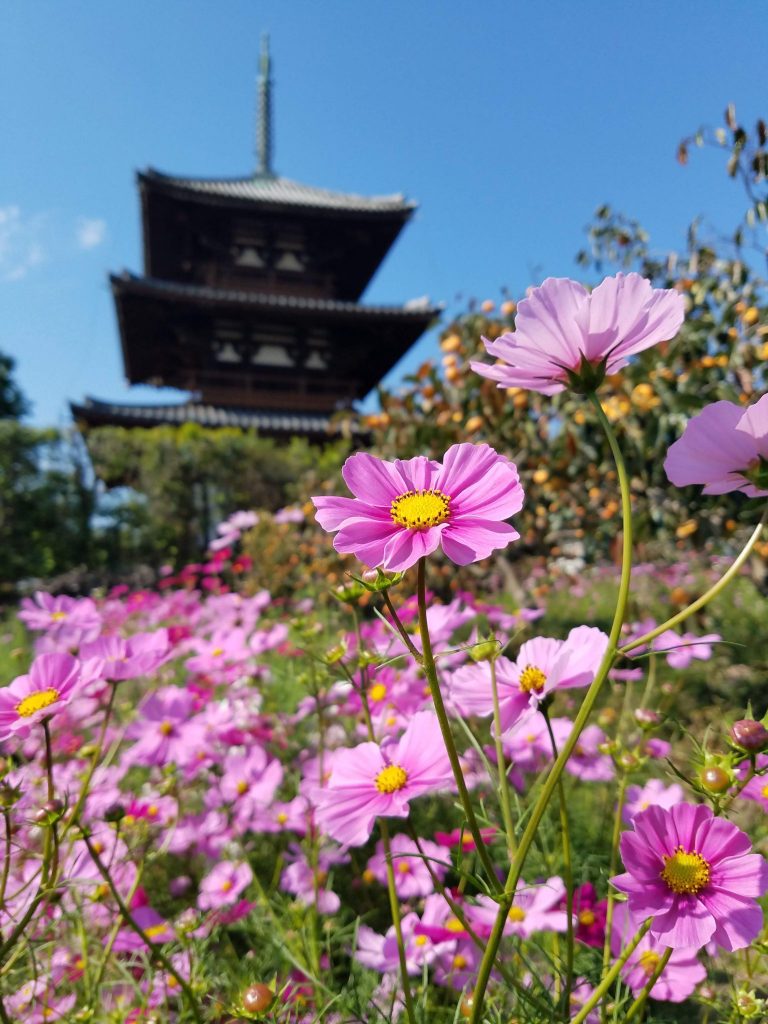 Kyoto: Of course, what makes any trip magical is the people. Maeda-san runs a pop-up restaurant in a 100-year old machiya building in the backstreets of Kyoto. Operating with just a teppan hot plate, and open for just 90 minutes four times a week, he serves up food so delicious it belies its simplicity. His yakisoba (pictured) is to die for, and his Lunchpak Burger is simultaneously one of the most insane and divine culinary creations I have ever experienced. I had an epic time with the great crowd around the teppan. We continue… 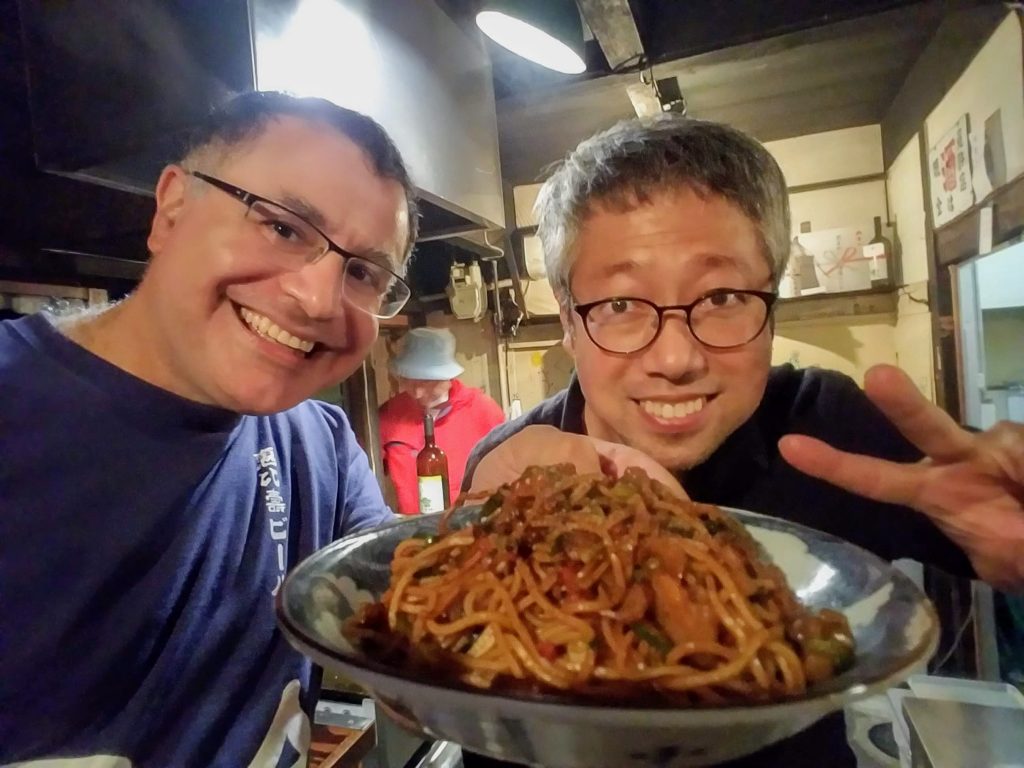 Maction Planet runs bespoke Private Tours and Experiences in Tokyo, and beyond. To book yours, to purchase a gift card, or to join one of our online tours and experiences contact us at info@mactionplanet.com