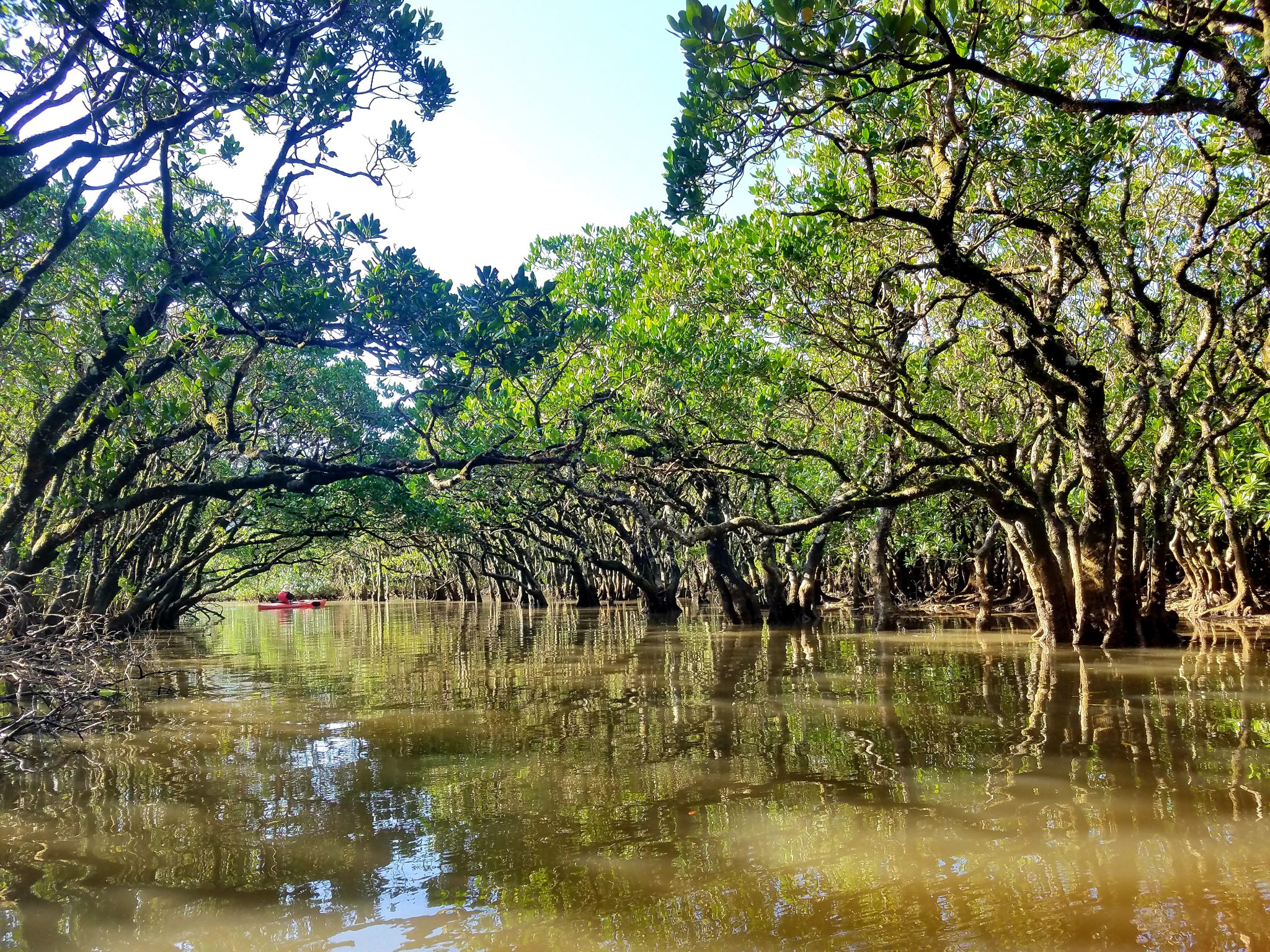 A very special edition of This Week in Tokyo… from the remote island of Amami Oshima! Mac, our Founder and Lead Guide, has been involved in a top-secret special project there this week but has been given permission to share some amazing photos from this incredible place. This week: Mangroovy; Proto-rabbit; The first sakura; Kokuto Shochu and Whisky too!

Featured image – Mangroovy!: Amami Oshima has the second largest mangrove forest in Japan . The mangroves are concentrated near the central east coast of the island and a kayak is the best way to explore them. 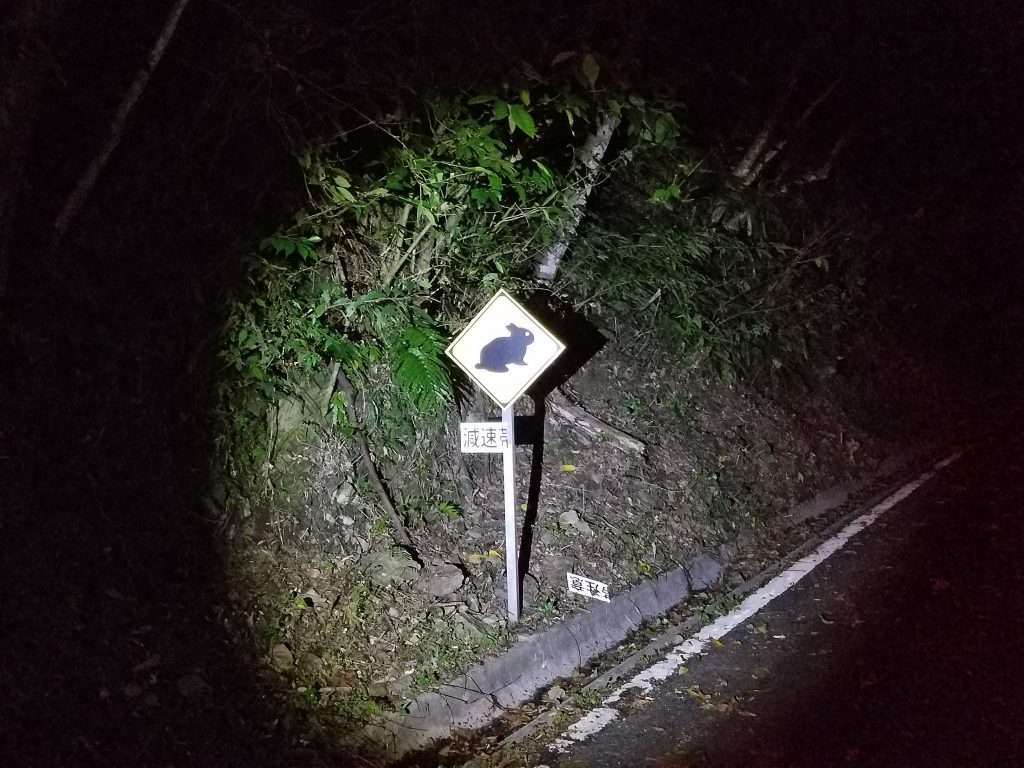 Proto-rabbit!: The Amami Black Rabbit is a living fossil – the only surviving example of Asian Rabbits that have now evolved into modern-day rabbits. It is elusive and can only be found on Amami Oshima and Tokunoshima, but a night tour around the mature forests of the island will yield a sighting. We saw two on our tour! No photos, except of this sign telling drivers to watch out for them. 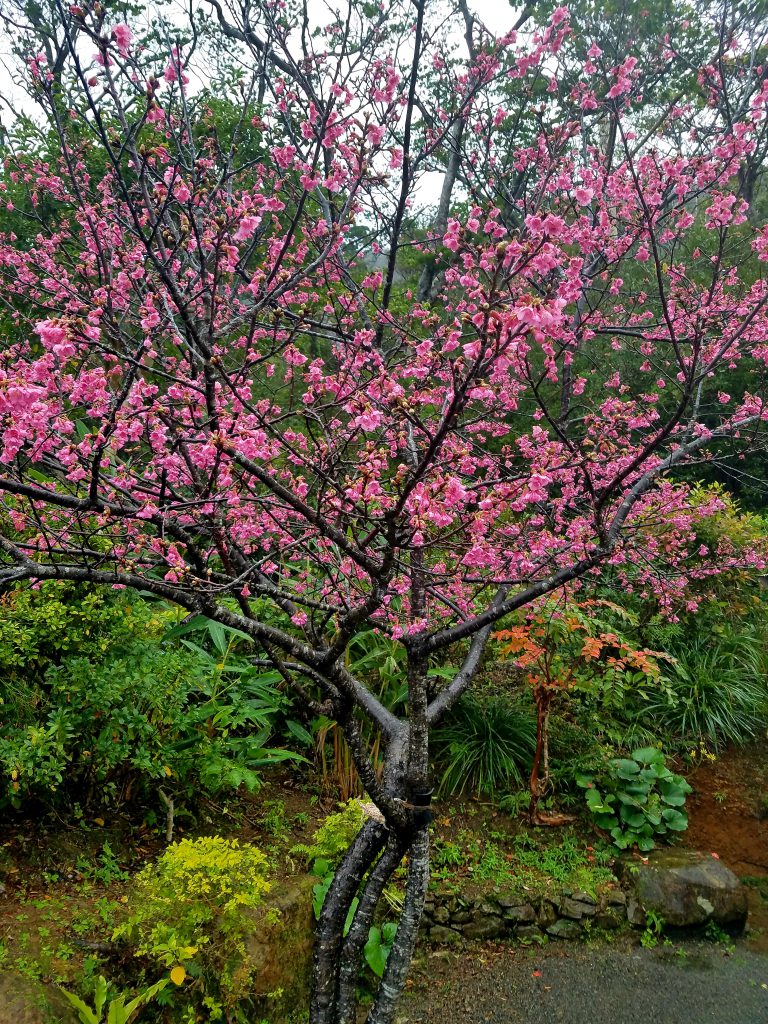 The first sakura!: This stunning tree was one of many early-blooming sakura I saw around Amami Oshima.

All this talk of sakura reminds me that tickets are now on sale for the Maction Planet x Shochu Pro Hanami 2019. We are collaborating once again with Baird Beer and shochu expert Chris Pellegrini to hold an exclusive cherry blossom party in Yoyogi Park on Sunday 31 March 2019. You can get yourself in the mood for Hanami 2019 by watching this incredible video of Hanami 2017. More info can be found here and tickets are available for purchase here. 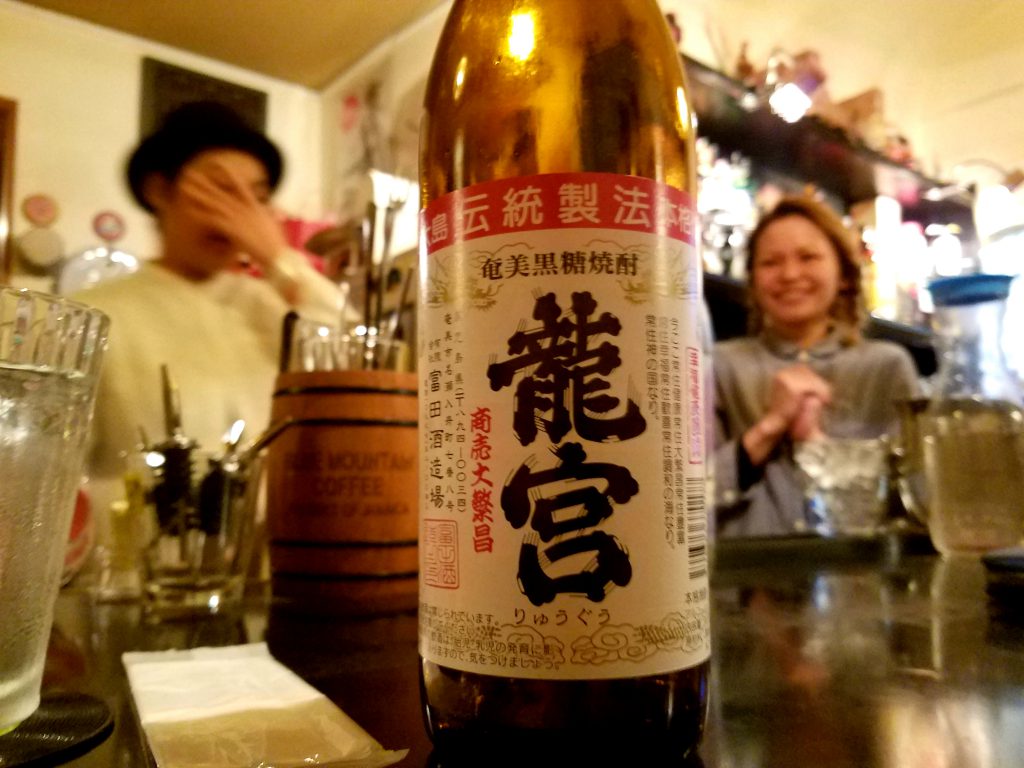 Kokuto Shochu: Amami Oshima’s signature drink is Kokuto Shochu, made from delicious kokuto sugar. The five Amami islands are the only places in Japan where it can legally be made. Armed with recommendations from world-renowned Shochu Whisperer Christopher Pellegrini I hit up several bars and restaurants around the island to try as many as possible. I loved Ryugu, pictured here at Bar Pug in Naze (the capital of Amami Oshima) as the staff behind were handling a local man who came in, threw his coins on the bar and demanded shochu, even though he didn’t really need any more! Good times all round! 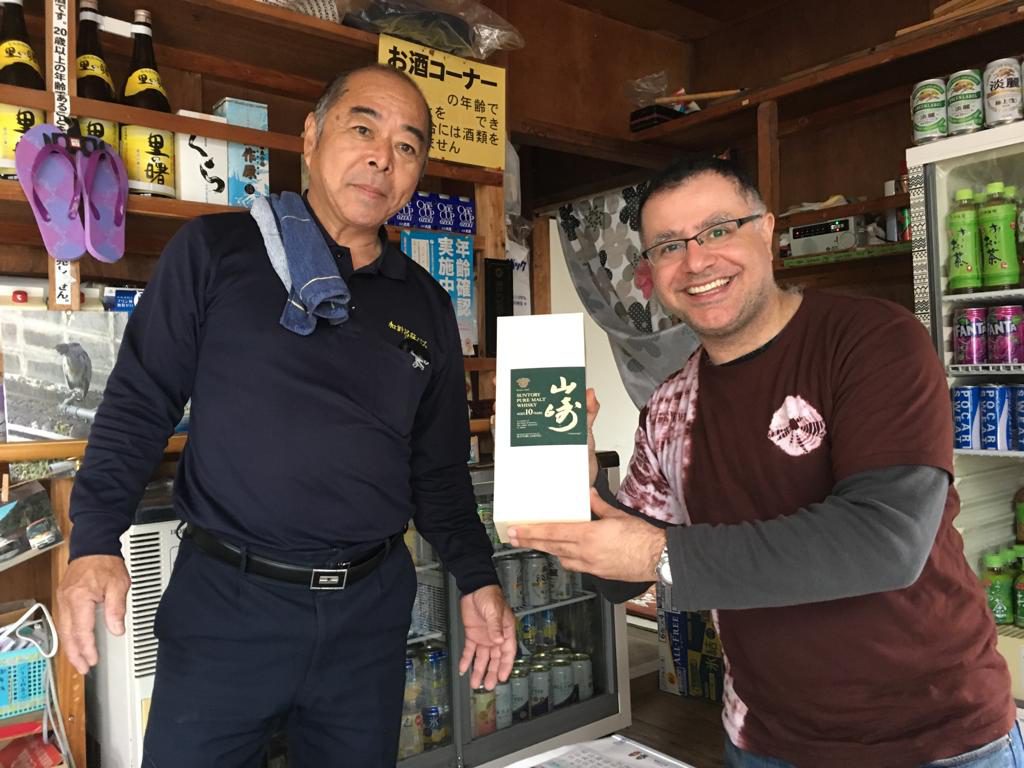 Whisky too!: It has been a long time since I have seen a bottle of Yamazaki 10-year. Look up where Nishiamuro is to see that I went a loooong way to find one! The owner of the local convenience store was kind enough to pose for a photo as we chatted about how he acquired this bottle. He also had a bottle of original Hibiki too! BTW, the T-shirt I am wearing was made a few days earlier by me using the traditional Amami Oshima dyeing craft of Dorozome!