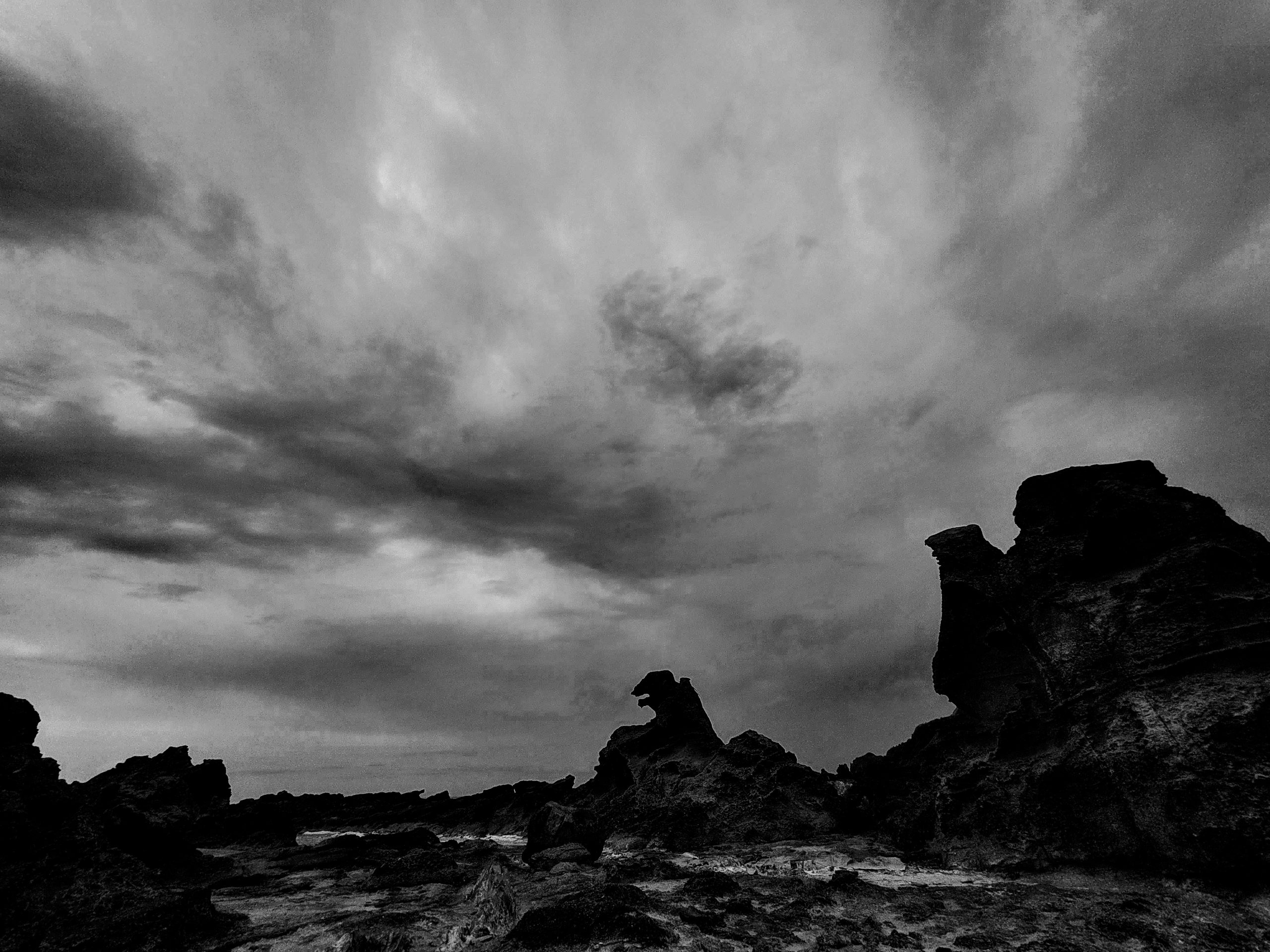 This week, I travelled around Akita and Aomori, checking out some of the amazing sites, culture, people and stories that lie at the heart of these incredible prefectures.

Cape Shiosezaki is a wave-cut terrace that has protruded from the ocean somewhat. The lapilli tuff resulting from volcanic activity about 30 million years ago has been weathered away, creating a beautiful geosite – a natural art museum of sorts.

I was there for Godzilla Rock. Named in 1995, Godzilla Rock does what it says on the tin. If you’ve been following Maction Planet, then you know I love the semi-regular destroyer of Tokyo. I even went to Awaji Island to ride the Godzilla Zipline and have reviewed Godzilla Energy drinks on Kanpai Planet.

So, it was completely normal for me to travel all the way to the depths of the Oga Peninsula to check out a small rock which may or may not look like everyone’s favourite kaiju. Worth it? Absolutely!

There are others too – Hokakejima Rocks (Sailboat Island), the Futago (Twin) Rocks, Turtle Rocks and other kaiju-related formations – namely Godzilla’s Tail Rocks and Gamera Rocks.

Check out that sky I was blessed with for some incredible moody photos!

Senshu Park: About 10 minutes from Akita Station, Senshu Park has a combination of space and elegance that make it easy to while away the hours here.

Satake Yoshinobu, The first lord of the Akita Domain, was forced to relocate to Akita from Hitachi in 1602 after the era-defining Battle of Sekigahara. He built Kubota Castle in 1603, and the ruins of the castle now comprise Senshu Park. After 12 generations of rule, the Akita Domain ended in 1869. In the subsequent Meiji era, the grounds were transformed based on designs by landscape architect Nagaoka Yasuhei.

The Somei Yoshino sakura had come and gone in Senshu Park, but the Yaezakura were in full bloom, allowing me to take magnificent, magical photos like this one.

Tsuru no Maibashi: On 8 July 1994, the longest triple arch wooden bridge in Japan, Tsuru no Maibashi, was opened. 300m long, it spans Tsugaru Fujimi Lake near Mt. Iwaki. It was built using traditional architectural techniques out of over 700 Aomori Hiba – cypress tree logs – each over 150 years old, and it was designed to evoke the image of a pair of cranes flying in front of Mt. Iwaki.

It is said that you will live longer if you traverse this bridge – rather appropriate, as the crane is a symbol of longevity.

Regardless of what you see, it is stunning, and even more so during Cherry Blossom season!

Hachinohe Shuzo: Hachinohe Shuzo dates back to 1740, when the founder, Komai Shozaburo, left Omi Province (modern-day west Shiga Prefecture) and headed north to Mutsu (Tohoku) to find a good spot to brew sake. In 1910, the fifth-generation brewery head registered the trademark for Mutsu Otokoyama, the first trademark in Japan to use the name Otokoyama.

Today, the eighth-generation Shozaburo produces delicious craft sake that uses rice grown in Aomori and spring water from the Kanisawa area in Hachinohe. Their Mutsu Hassen brand is named for the legendary Eight Drunken Immortals of Tohoku. What’s not to love?

I went on a tour led by Senior Manager Norio Miyamoto. Thanks to his passion, I am even more enthusiastic about the work of this fantastic brewery! Kanpai!