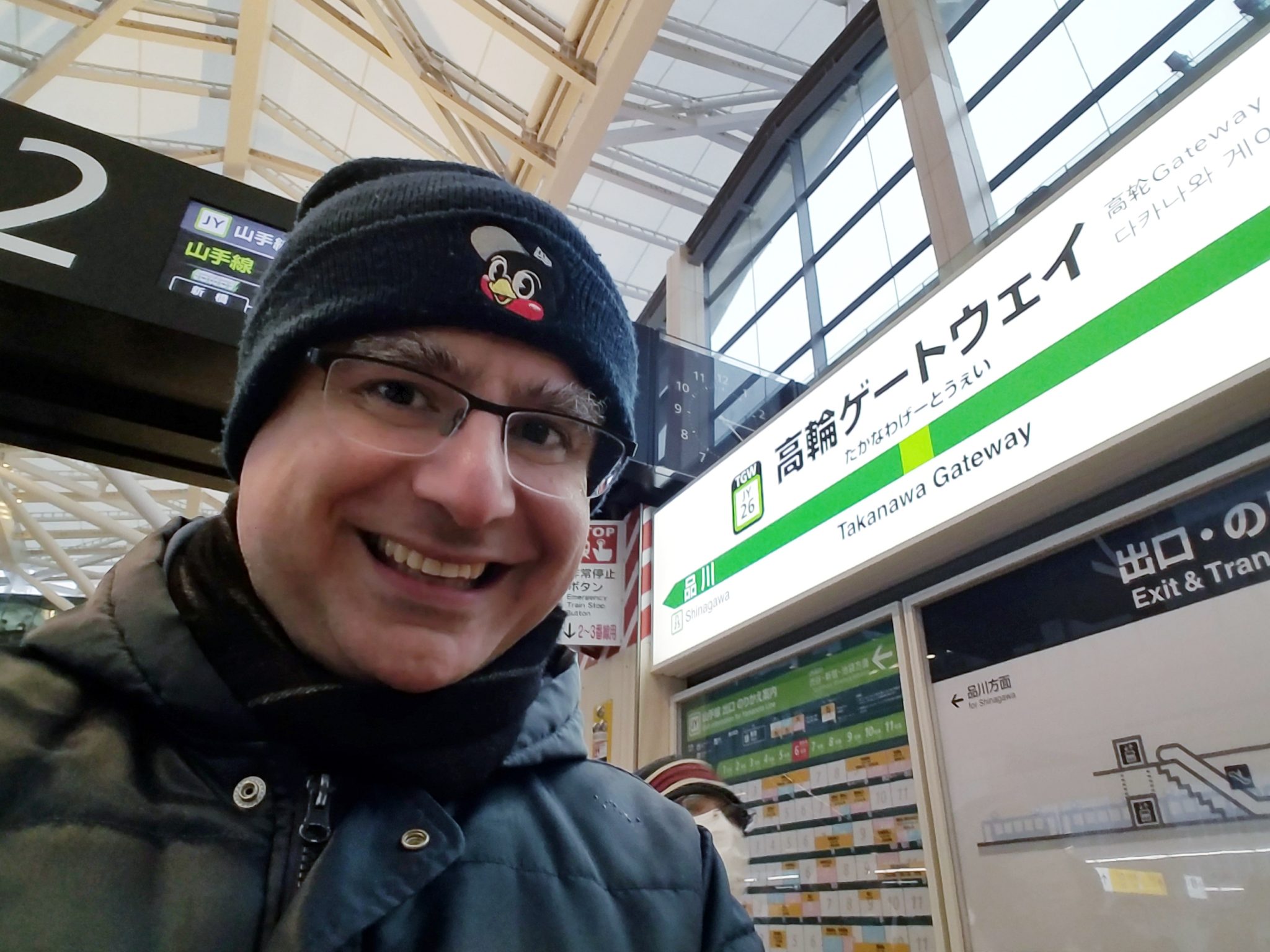 14 March 2020 marked the opening of a new train station on Tokyo’s iconic JR Yamanote Line: Takanawa Gateway. Mac, Founder and Lead Guide of Maction Planet, was there to experience this historic day.

On 14 March 2020, Takanawa Gateway Station opened between Shinagawa and Tamachi stations. It is the 30th stop on East Japan Railway Co.’s Yamanote Line, the first station to be added to the line since Nishi-Nippori Station in 1971.

The station also serves the JR Keihin Tohoku line which connects Tokyo with Saitama in the north and Kawasaki and Yokohama in the south – the first Keihin-Tohoku Station since Saitama Shintoshin opened in 2000.

The new station features artificial intelligence-using robots and, from 23 March 2020, an unmanned shop from which people can purchase goods that are scanned and checked-out by camera-equipped devices that can recognize the items being sold.

The station was designed by Japanese architect Kengo Kuma, whose works include the Akagi Shrine in Kagurazaka and the New National Stadium, which will be used in this summer’s Olympic and Paralympic Games. You can see his signature wooden-slat motif in both the exterior and interior. The centre of the station has an atrium structure and the 110-metre-long roof above the platform was inspired by origami.

A public vote was held to determine the name of the station. The results of the campaign concluded with Takanawa (8,398 votes) in first place, followed by Shibaura (4,265 votes) and Shibahama (3,497 votes). However, Takanawa Gateway Station (高輪ゲートウェイ駅) was selected as the official name of the station despite placing 130th overall with only 36 votes. It is the first time for a JR East station in Tokyo to use katakana characters in the name. The President of JR East, Yuji Fukasawa, justified the naming by reference to Takanawa’s historical status of being a “gateway to Edo”, while also serving as the site for the development of an international hub in the future. This decision spurred criticism from the general public, even leading to a petition to try to get the name changed!

The railway operator expects some 23,000 people to use the station every day at first and the figure to grow to 123,000 by 2024, when the station is scheduled to start operating as a transportation and business hub together with new high-rise office buildings around it.

Mac, our Founder and Lead Guide and lover of all things Tokyo, could not bear to miss out on being at the station on opening day. Not only did he make it there, he also filmed this video to make sure the day was appropriately documented for posterity. We continue…