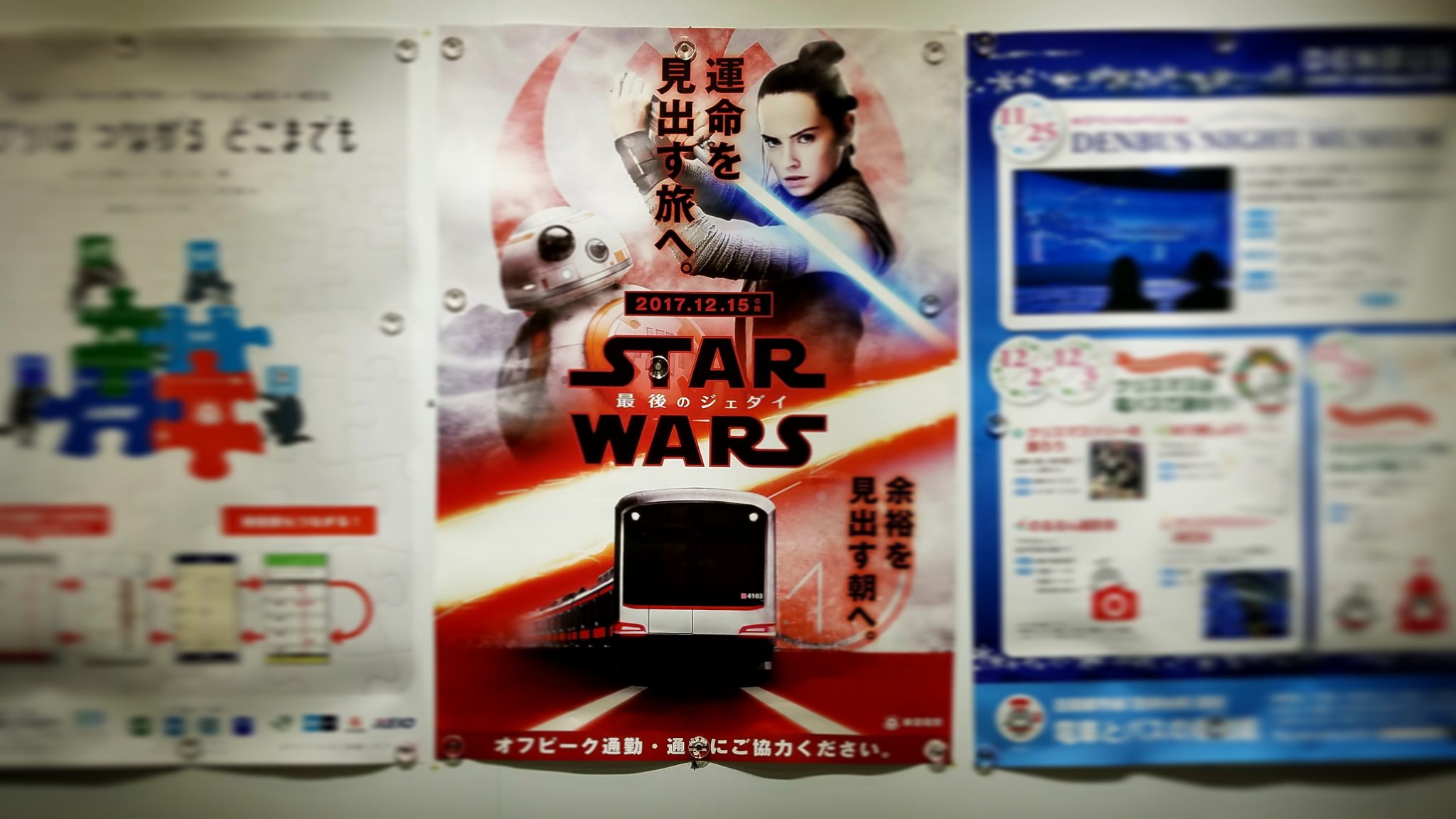 There are many reasons why Tokyo is the World’s Greatest Metropolis, and one of them is the train melodies that play as trains are about to leave stations.

These jingles serve a few different purposes, alerting boarding passengers that doors are about to close and providing sighting passengers with a last reminder that they had better get off quick! Keihan Electric Railway, which operates trains in Kyoto, Osaka and Shiga prefectures, was the first to introduce them in 1971. As well as Tokyo and Osaka, these melodies can be found in Seoul and Budapest, amongst others.  Some of Tokyo’s most iconic tunes include the Mighty Atom anime theme at Takadanobaba and the Third Man riff at Ebisu.

In 2016 Tokyu Dentetsu, one of the private railway operators in the Tokyo and Kanagawa area, teamed up with Disney for their “Tokyu Christmas Wonderland 2016 – Disney Crystal Magic” collaboration, which included festive installations at Tokyu Plaza Stores and special Disney and Marvel decos for Tokyu trains and buses.

On top of this Tokyu took their train melodies to the next level, replacing many of them with Disney songs. As Disney had bought the Star Wars franchise this included the Star Wars theme and Imperial March, played ninth and southbound respectively at the Oimachi Line Jiyugaoka station.

2017 saw a repeat of the fun with TOKYU CHRISTMAS WONDERLAND 2017 – Disney DREAM MOMENTS. However, they upped to their Star Wars game to tie in with the release of The Last Jedi on the 15th of December.

The tunes featured from 1 November to 25 December. Mac, Founder and Lead Guide of Maction Planet, decided to record all of them for posterity and put them together in the video below! Sit back, pour yourself a Japanese whisky from your Stormtrooper decanter and enjoy!

Maction Planet runs Tokyo Private Tours, including Tokyo Otaku Tours. The depth of Otaku experiences is diverse; checking out the insane arcades, drinking in Kaiju bars, visiting a maid cafe, shopping in the world’s largest electronic stores, heading deep into the world of models and figures, discovering amecomi (American comics) in Tokyo, paying respects at an anime shrine, searching for vintage manga, relaxing at a robot cafe, getting your inner foodie on at a theme izakaya, hunting down the limited edition merchandise and pop up eateries… and that’s just the tip of the iceberg. In true Maction Planet fashion, we also have a few secrets up our sleeves – venues that are not in any guidebook, that have no English-language information about them on the web, and no other tour company is taking their guests to!  At the end of your Otaku experiences with us you will have a deeper insight into anime, manga, cosplay and the culture that surrounds them. As our TripAdvisor reviews will attest, we will make sure you find what you are looking for. And, most importantly, you will have had a lot of fun. Join us! Email info@mactionplanet.com to begin your perfect, personalised time in The World’s Greatest Metropolis.