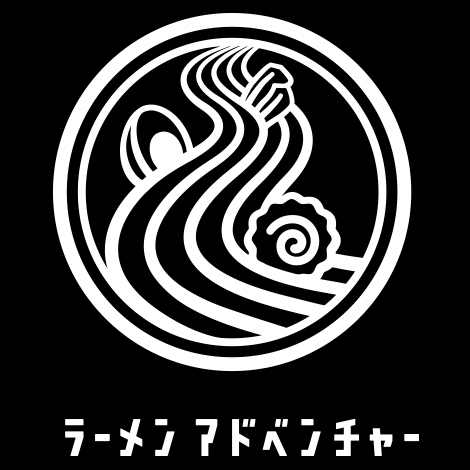 Brian MacDuckston from Ramen Adventures has teamed up with nationwide ramen chain Ramen Kagetsu Arashi to promote a new Tori Paitan ramen… and he’s wearing a Maction Planet T-shirt while doing it! We take a look at this new collaboration.

Ramen Kagetsu Arashi was founded in 1992 and the chain now has over 250 stores in Japan. They also have stores in Taiwan, Singapore and the Philippines. They are celebrating their 25th anniversary this year. Kagetsu literally translates as Flower Moon. Arashi – 嵐 – means storm. You may be familiar with that word as the name of one of Japan’s most famous boy bands!

Part of Ramen Kagetsu Arashi’s modus operandi is their gentei ramen – monthly limited bowl. This is sometimes a collaboration with another shop, such as their one with Michelin-starred Nakiryu which began in August 2017. Other bowls are promoted by TV celebrities or famous ramen otaku, like Brian!

Starting September 6th 2017, and for the next three months, you can get Ore no Tori Soba 2017. It’s a new bowl in their Tori Soba series, which has been unavailable for almost 6 years. It features thinner noodles, a creamy soup created with chicken oil, and all breast chicken chashu.

If you are on a Maction Planet Tokyo Food Tour, or indeed any Maction Planet Tokyo Private Tour, you will almost always be taken to an independent neighbourhood ramen shop to sample the unique delights of that particular store. However, there are some bowls we do make an exception for, and this is one of them.

You can watch Brian enjoying this bowl and see some behind-the-scenes clips of the making of his promotion in this video from his Ramen Adventures YouTube channel.

In the video, and in the promotion featured nationwide, Brian can be seen wearing a Limited Edition Black-and-White variant of the Ramen Adventures Katakana shirt, created together with Maction Planet Apparel, available here.

Mac, Founder of Maction Planet, and Brian discuss the history of Ramen Adventures, Brian’s latest projects and the story behind their collaboration in a special edition of Maction Planet’s interview series ‘Mac on Tokyo’, which brings you the personalities behind The World’s Greatest Metropolis. Check it out here!

Congratulations to Brian and to Ramen Kagetsu Arashi on the launch of this new collaboration. You have three months to hunt one down and CRUSH THAT BOWL!