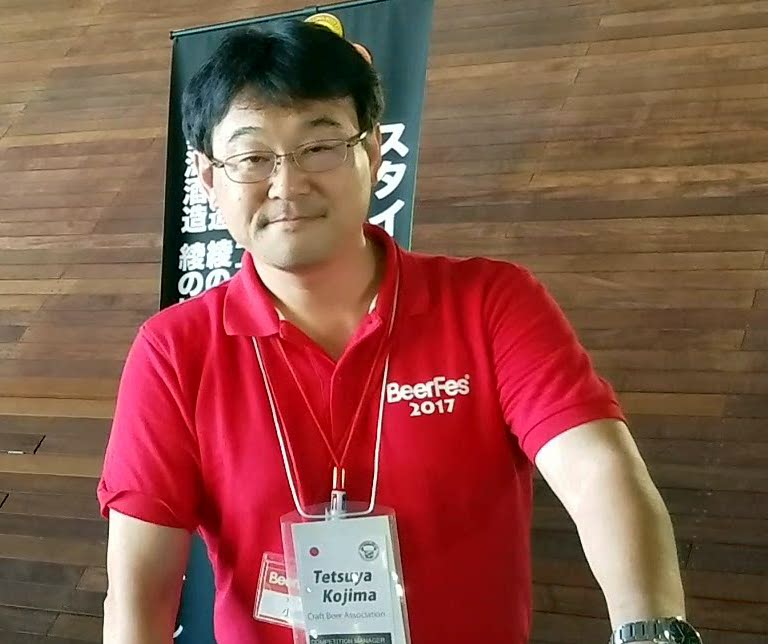 Tetsuya Kojima is the Competition Manager of the International Beer Cup. Mac, Founder of Maction Planet and Lead Guide of our renowned Tokyo Craft Beer Tours, caught up with him at BeerFes Yokohama 2017 to discuss the craft beer scene in Japan.

Maction Planet: Kojima-san, thank you so much for joining us. The International Beer Cup has been running for 21 years. How long have you been managing the competition?

Tetsuya Kojima: Thank you very much. I have been running it for just three years.

MP: Three! That’s not “just”. That’s a great chance to drink a lot of beer!

How does the competition work?

TK: One of the missions of the Craft Beer Association is to promote the improvement in quality of craft beers. A competition like the International Beer Cup is quite important for this purpose. In IBC 2017, the awarded beers (gold, silver or bronze medal beers) were selected for each different beer style through professional tastings conducted by about 70 international judges for 2 days. In each tasting session, beers were served by the stewards, who are all volunteers.

MP: How did you get involved with the Japan Craft Beer Association?

TK: I was just a craft beer fan, and started joining beer festivals like this as a customer roughly 15 years ago. I found a brochure for the seminars for beer tasters and beer judges, and became interested in such qualifications. Several years later, I attended these seminars, and got certified as a beer judge. One day, I got a phone call from the CBA’s ex-president, Mr. Ryouji Oda. He asked me to serve as one of the lecturers for the seminars. I was a bit surprised, but I had an interest and a passion to do that. I don’t know why he asked me! However, my day job is a college professor, so I teach students every day, and I can speak English, so I think that’s why I’m here now.

MP: What impact do you think the Craft Beer Association has had in Japan?

TK: CBA was founded in 1994, when the liquor law was deregulated to enable the micro-brewing of beers. Since then, CBA has hosted seminars for beer tasting and judging, the marriage of beer and food and brewing techniques. In fact, CBA is the only non-profit organization in Japan, which hosts such seminars and beer competitions in collaboration with foreign organizations and competitions. There are other competitions and beer festivals in Japan, but in my opinion, those hosted by CBA are the most reliable in Japan and indeed Asia, from the viewpoint of event operations and the quality of the judging processes.

MP: How would you characterise where the Japanese beer scene is now compared to say 3, 5 and 10 years ago?

TK: Well, Japanese craft beer was born over 20 years ago, and at that time many brewers start to brew at microbreweries. However, the quality of a lot of beer at that time was not so good. So I feel that even if you looked 15 years ago, the scene was actually in decline. In the last 5 to 6 years, the number of craft breweries has been increasing, and the quality is really good. Some of the Japanese craft breweries have won prestigious awards in foreign beer competitions such as the World Beer Cup or European Beer Star.

MP: I couldn’t agree more. I think we’ve seen a real transformation from ji-biru, local beer, to craft beer. Even some of the breweries represented at BeerFes, if you looked five years ago, would be in that bracket of local omiyage (souvenir) breweries all selling the same thing all over the country – a pilsner, a weizen, a stout, maybe an alt. Now they have brought in foreign brewers, or maybe themselves gone overseas to train, and the standard now is amazing.

TK: Personally I don’t care whether these beers are called, say, ‘ji-biru’, ‘local beer’ or ‘craft beer’. But you are right about the changes we have seen. The brewers have learnt many things from overseas. They have brought this expertise back here, and have expanded the range of ingredients they use, for example different hops, and they have added some local flavour. It is really great to see. Some brewers use Japanese indigenous ingredients, such as local fruits, tea leaves or sake yeast, etc. Of course, their beers can be called ‘craft beers’, but they become “real” local beers in some sense.

MP: I feel like with craft beer we are seeing what we saw with Japanese Whiskey, which is now regarded as the best in the world by many, if not amongst the best at least. The kaizen style of process improvement was applied to whiskey, it is being applied to beer and I feel we could see that with gin as well.

TK: It definitely suits the Japanese way of doing things! 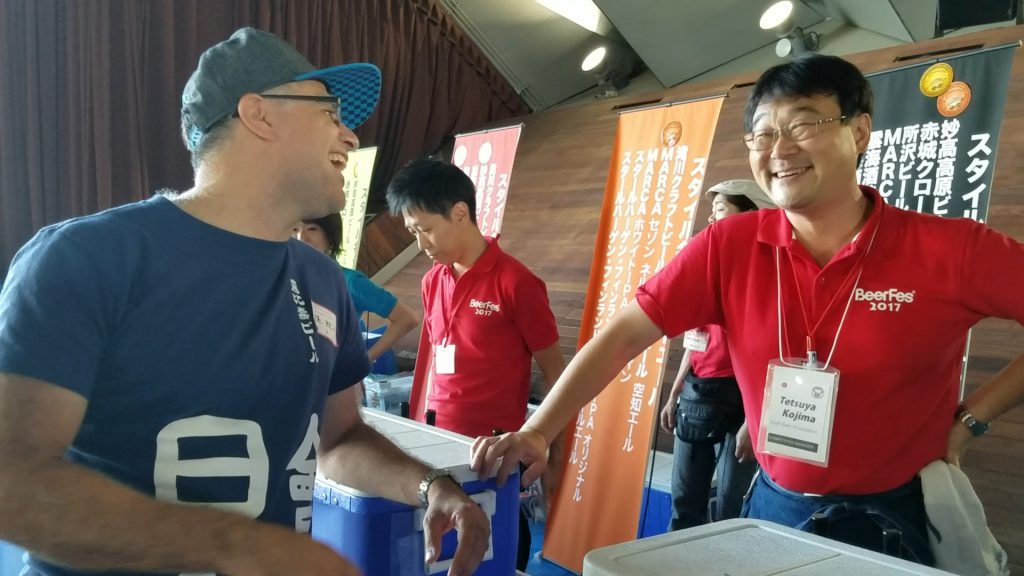 MP: Tough question I know, but could you tell us what your personal Top 3 favourite Japanese craft beers are?

TK: Hmm… that is quite a difficult question for me! As a competition manager of IBC, I cannot officially tell you the specific beer brands I prefer. Actually, all the gold medal beers are quite good. But personally, I prefer beers with some malty flavour, such as English Bitters, Brown Ales and Porters.

MP: What can Japanese beer fans expect in 2018, and beyond?

TK: Some Japanese breweries have begun shifting their focus on their locales. Now we can enjoy US craft beers in Japan and other countries. In the USA, these beers began their international journey when local people enjoyed local beers at their local pubs. Those waves were expanded to the whole country as well as overseas as time went by. In Japan as well, I hope that local people can enjoy their local beers at beer bars and izakaya in their cities and towns, and that such local beers spread through the country and beyond in a similar manner.

MP: Kojima-san, thank you very much!

Maction Planet runs highly-rated Tokyo Craft Beer Tours, helping introduce the delights of Japan’s beer scene to visitors in The World’s Greatest Metropolis. Whether you are after a bar crawl, brewery tours, festivals like BeerFes, or discussions with brewmasters and bar owners, we can help.