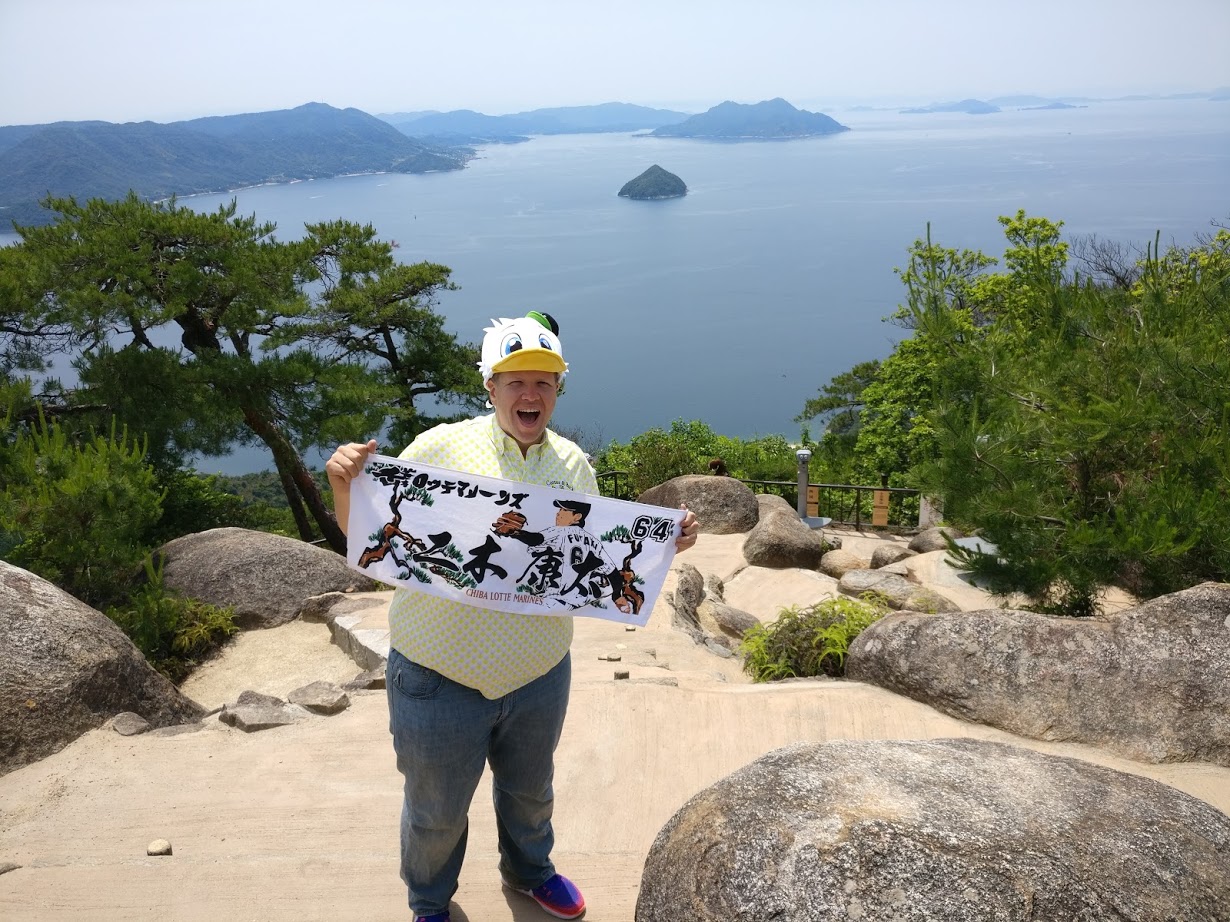 Steve Novosel’s Chiba Lotte Marines fan site, ‘We Love Marines’, is the go-to resource for English-language information about the Pacific League team. Steve chats to Mac, Founder of Maction Planet, about his site, moving to Japan, favourite moments with the Marines and shares his thoughts on the current state of Japanese Baseball.

Maction Planet: Hi Steve, thanks for joining us on Maction Planet. Clearly, the main focus of our chat is going to be baseball, given that you are basically “Mr. Marines”, but why don’t we go back to when you first came to Japan. When was that, and why did you come here?

Steve Novosel: Good morning, and thanks for having me.  I first visited Japan in 2002 for a long holiday.  I didn’t really know what to expect at that time, but I found that it was really easy to dive deeply into my hobbies of photography, music, and especially baseball.  I visited several times over the next few years and ended up moving here permanently in 2007. The short answer is “I came here for work”, but the more complete answer is “I took my job so I could come here.” Maybe a bit strange, but Chiba’s really become my home! 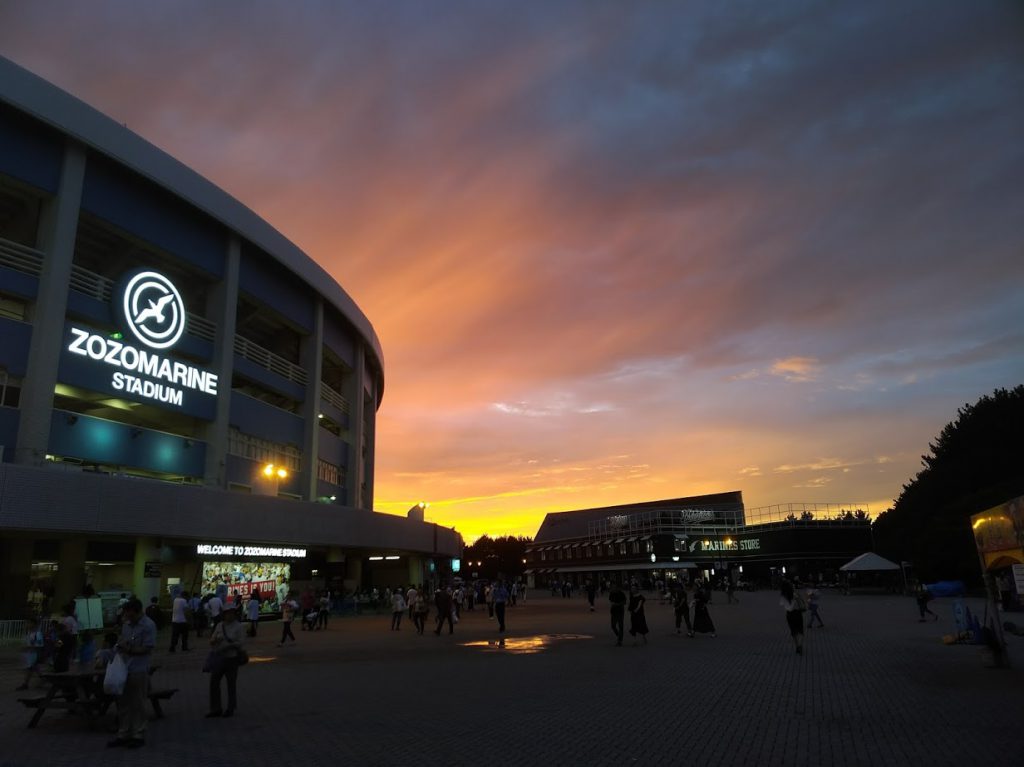 MP: I also first came here in 2002, around the World Cup. What time of year were you here?

SN: Right after the World Cup.  It’s actually an easy date to remember – 11 September 2002.  Believe it or not flights were cheap for that day.

MP: What were the things that really struck you about Japan, and made you fall in love with it?

SN: As a music lover, the first thing that struck me was the sheer volume of music that was completely unknown to me.  Thousands of artists and decades of history, none of which I had ever heard (or heard of) before.  Such an eye-opener.  What made me fall in love with Japan though was baseball – more specifically, the baseball fans.

MP: This is starting to sound familiar. I definitely share those as two elements that made me think “I’m home” or “Sumeba Miyako” as they say here. So, after several holidays here you came to settle permanently in 2007. At the time, did you have any idea you would still be here now?

SN: I was indeed hoping to settle here permanently back then but since I had never actually lived here at that time I wasn’t sure what to expect.  It’s worked out great, though.

MP: It certainly has. Over that time you’ve become Mr Marines, and a real fixture in the Lotte stands. Can you share some of your favourite tales from the early days of your Chiba support?

SN: When I first started going to Marines games, I became a fan of former MLB player Benny Agbayani, who played for Lotte from 2004-2009.  He had one of the best cheering songs in NPB (and it’s still great) – I made a point of yelling “BENNY” at the top of my lungs before every at bat (and I am, ahem, rather loud).  This used to get a lot of attention from the people sitting nearby, when he came up to bat many people would look at me with a smile then applaud after yelled my lungs out.  Good times.

MP: Brilliant! You certainly made your mark early on! How did things progress from there?

SN: The cheering leaders as well as all of our songs changed after the 2009 season, which was both sad and initially odd, but for me it was a nice opportunity to be on the same wavelength as everyone for the beginning of a new era of Marines cheering.  In the past 7 years I’ve gotten to know most of the guys in the new(er) cheering group pretty well, and hang around the outfield long enough to even see some of the old songs make a comeback. 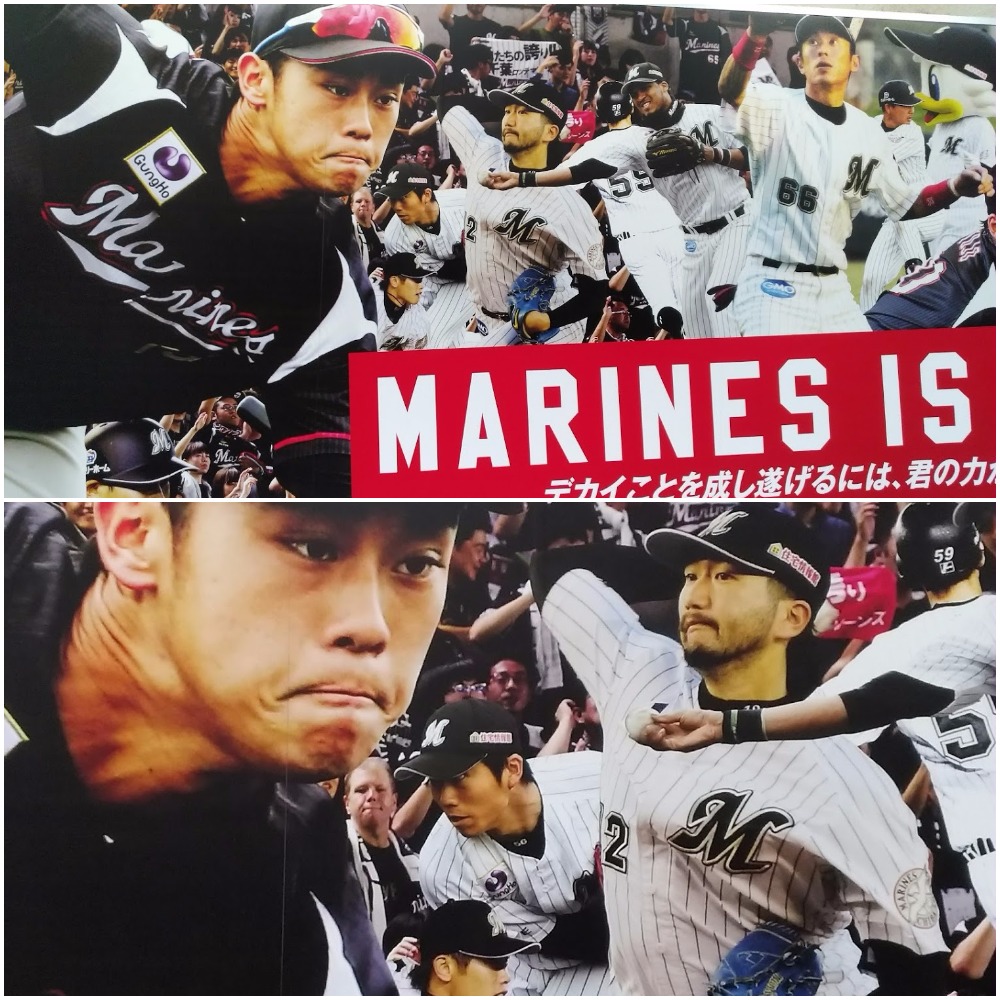 MP: You travel around Japan watching the Marines a lot? Which are your favourite stadia and cities to visit?

SN: I’ve been to every NPB city, before this season the only stadium I hadn’t visited is Hiroshima’s Zoom Zoom, and I am finally got there this year.  Outside of that, I would have to say my favorite stadium is Kobo Stadium in Sendai, and probably Hotto Motto in Kobe is right there for me as well.  Great outdoor stadiums – even the worst outdoor stadium is better than the best indoor, I think!  I have a real sentimental attachment to Kyocera Dome Osaka as that’s my first place to see a Marines game, way back in 2003.  There’s actually a huge Marines fan contingent there, always, and the outfield visitor seating is stuffed even when the rest of the stadium is empty.  Best cities to visit for a game are Osaka and Fukuoka, but I really can’t stand Fukuoka Dome.  Fukuoka nightlife can’t be beat, though!

MP: I have been traumatised by Fukuoka after the Swallows’ performance in the first two games of the 2015 Japan Series. But yes, I will admit that it is a fun city. I’m sure you had a blast at Zoom Zoom – I went for a Carp – Giants series in 2012, and was treated like a celebrity.

SN: I loved how Zoom Zoom’s seats for visitors are the “Visitor Performance Seats” – we were definitely performing! 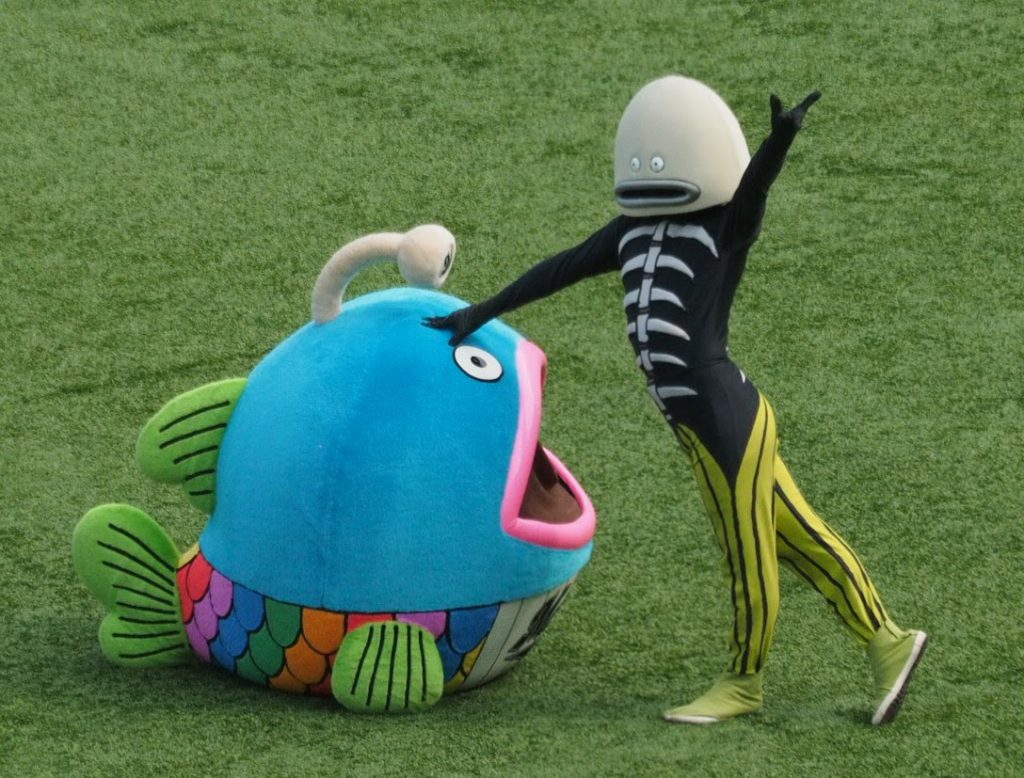 MP: How would you review the 2017 regular season? Both the Pacific League and the Central League?

SN: I got my PL predictions almost totally wrong, except for Hawks in first.  I was really surprised by the strength of both Rakuten and Seibu this year – I thought Rakuten wouldn’t be able to score many runs and their pitching would be thin.  Latter was somewhat true but they sure scored a ton early.  Fighters were the real disappointment given their championship last season – basically everything went wrong, and only reason they didn’t end up in last was they could consistently beat Lotte.

I don’t think there were many huge surprises in the CL other than Kyojin (Giants) FINALLY missing the playoffs and how poor the Swallows ended up.

MP: What are your expectations for the Climax series and Japan series?

SN:  I’d like to see BayStars advance past Hanshin.  It’s tough to see anyone beating either Carp or Hawks this season, though, given how strong both teams were in the regular season and how stacked the Climax Series format is against the visiting team.  In the Japan Series, I think the Carp will take their first title in 33 years.  Of course, I am strongly biased against Softbank!

MP: As am I – due to the aforementioned trauma!

SN: The team actually played quite well in September and October, finishing with a winning record both months.  Our best pitcher this season (Kota Futaki) just turned 22, two-time all-star catcher Tatsuhiro Tamura is 23, and there’s a lot of young guys who will get a chance to play.  The talent level is definitely higher than the record would indicate.  I hope new manager Iguchi brings some different thinking to the team – easy to turn it around quickly in a 6 team league! 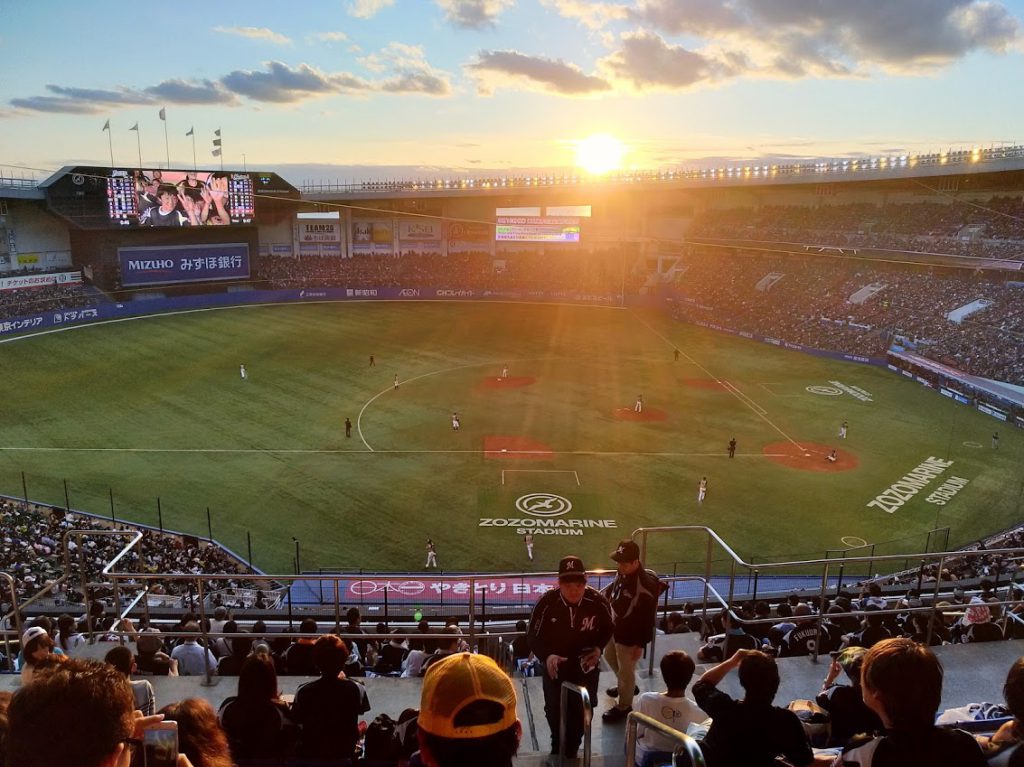 MP: Let’s talk about your site, We Love Marines. How did that come about?

SN: When I first started attending games regularly, there wasn’t any sort of resource I could find to get news, results, pictures – anything, really – in English on Lotte.  I really wanted to have a list of all the cheers that an English-speaker could use, that turned into writing stories about the games, taking pictures, and posting videos.  Cheering was a gateway drug for me!

MP: Has the site allowed you get involved in any behind-the-scenes experiences at the Marines?

SN: Actually, writing about the team has been a great icebreaker.  I’ve had the opportunity to meet several players and their families as well as the coaching staffs.  One of the coolest opportunities I had was several years ago at Spring Camp in Ishigaki, former Fighters pitcher and current Lotte staff member Akira Sakamaki showed me around ni-gun camp for a few hours, introducing me to many of the players and ni-gun coaches.  It was a really great experience being able to chat with a former player about his playing days, too.

MP: That sounds like it must have been a great day! Any future plans for the site?

SN: I’d really like the site to be a “one stop shop” for the English speaking Lotte fan – a place to get not just news about the team, but videos, information about songs, players, etc.  I keep an updated list of all player and team songs in both Japanese characters and romanized, so it is easy for someone to cheer along with the ouendan even without Japanese language skills.

MP: Great to hear that one of the best English-language baseball sites will be getting even better!

Any final words for us before we send you back to Chiba?

SN: I’d just like to say that I really hope visitors to Japan take the opportunity to check out Japanese baseball games at any level. It’s really an unmissable experience! And of course – Marines Fighting! Go Go Swallows!

MP: I echo those sentiments, especially the last one! Thanks again Steve.