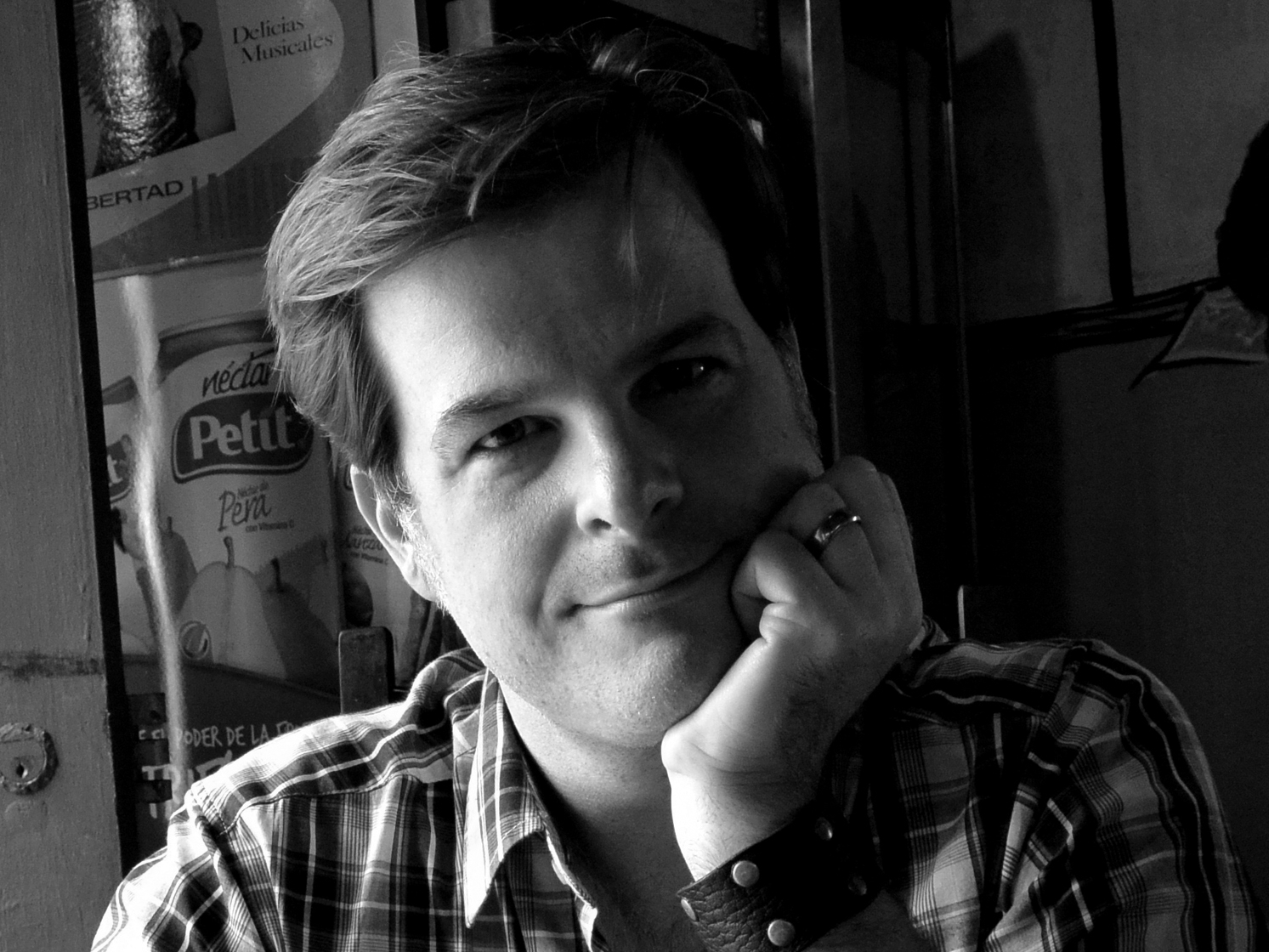 World-famous artist Andrew Griffith was recently appointed Artist-in-Residence in Kitakyushu, Japan for two weeks in November 2018, where he will be creating art in the local community as well as at the Kitakyushu Kaigai Manga Festival. Mac, Founder and Lead Guide of Maction Planet, talked to Andrew about this exciting appointment, his life in Peru and what’s in store during his upcoming time in Tokyo and beyond.

Maction Planet: Hi Andrew. Thanks for joining us again. Tell us more about the Artist-in-Residence program.

Andrew Griffith: Around the time of Kaigai Manga Fest Kitakyushu I’ll be spending two weeks working on artwork for the community and giving art workshops for locals while also working on my own artwork in a new environment.

MP: What do you hope to achieve as part of the program?

AG: I hope to take the time to engage with the local community and soak up the artistic culture of Kitakyushu. I love Japan and fine myself immensely inspired every time I’m there so I’m hoping this experience will influence my creative pursuits for a long time to come.

While I’m there I will be creating a piece of artwork to donate to the city and it is an honor to leave something behind for the community to enjoy.

MP: What have been the extent of your travels around Japan outside Tokyo so far?

AG: So far I’ve spent most of my Japan time in Tokyo, but I did spend a few days in Kyoto once. It was amazing to see all of the traditional sites and temples. I definitely want to get around Japan more and explore the various regions. Looking forward to seeing it through the eyes of Maction Planet – your tours when I have visited before have been amazing.

MP: Thank you! Any other plans for your time in Japan?

AG; Yes, in fact after I am done in Kitakyushu I’ll be attending a number of events and comic conventions happening in November in one of the greatest cities in the world, Tokyo! I plan on taking part in Kaigai Tokyo, Brave and the Bold, Tokyo Comic Con and Comic Art Tokyo.

MP: You’ve been living in Peru for 18 months now. Can you talk us through some of your experiences there?

It’s a great place for seeing amazing vistas such as one of the biggest canyons in the world, active volcanoes, and mountain lakes next to glaciers. And I’m only three hours from Machu Picchu, an item on many people’s bucket lists. 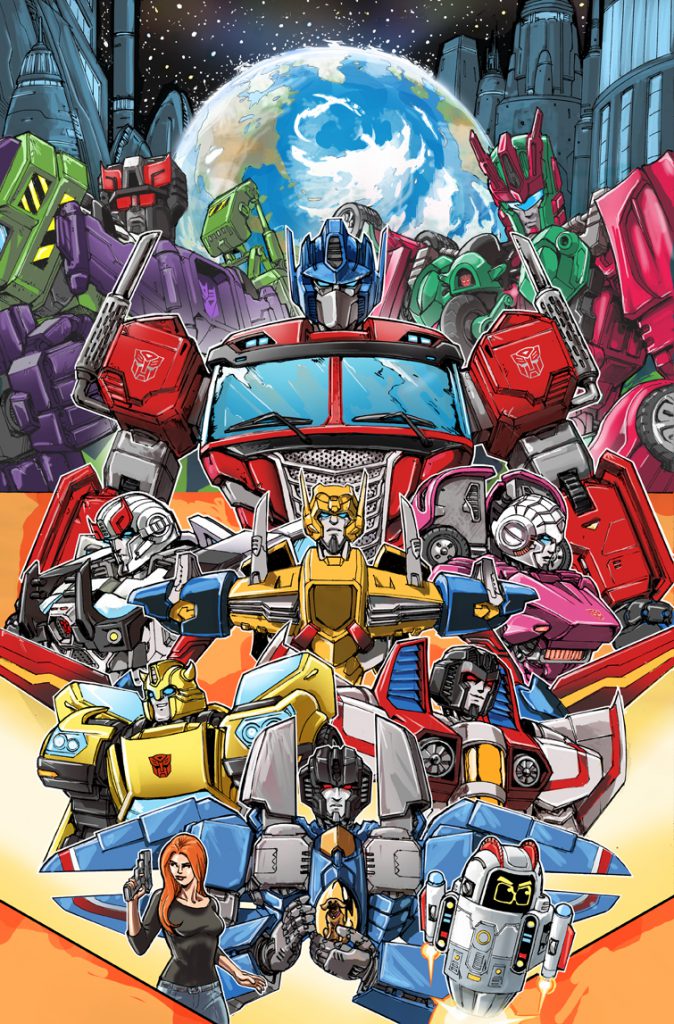 MP: I think many fans thought we had seen the last of your contributions to the long running  Transformers IDW continuity, then you were back in the thick of things. Can you give us a blow by blow of what happened?

Well my last planned project was Bumblebee, a comic book mini-series prequel to the upcoming film set in the world of 1960s spy fiction, and then I was asked to help draw some of Optimus Prime before it ended. As far as I knew that would be the end of my participation in the current Transformers continuity.

But I was then asked to help with Unicron, the universe-ending series about the world-devouring transforming planet coming after our favorite Robots in Disguise. So as it works out I get to contribute to the very last issue of this continuity.

MP: What’s next for Andrew Griffith and Glove Studios?

AG: Well the future is open. It’s possible IDW may ask me to do something else but if not I have leads to pursue with other comics companies as well as my own creator-owned ideas to develop and a few independent projects people want to commission me to draw for them. Plus, I’ve been invited to appear as a guest at a few conventions around the world in the beginning of next year. So some things to look forward to!

MP: Lots to look forward to, including hanging out with you in Tokyo again! See you soon.

Maction Planet runs Tokyo Private Tours, including Tokyo Otaku Tours. The depth of Otaku experiences is diverse; checking out the insane arcades, drinking in Kaiju bars, visiting a maid cafe, shopping in the world’s largest electronic stores, heading deep into the world of models and figures, discovering amecomi (American comics) in Tokyo, paying respects at an anime shrine, searching for vintage manga, relaxing at a robot cafe, getting your inner foodie on at a theme izakaya, hunting down the limited edition merchandise and pop up eateries… and that’s just the tip of the iceberg. In true Maction Planet fashion, we also have a few secrets up our sleeves – venues that are not in any guidebook, that have no English-language information about them on the web, and no other tour company is taking their guests to!  At the end of your Otaku experiences with us you will have a deeper insight into anime, manga, cosplay and the culture that surrounds them. As our TripAdvisor reviews will attest, we will make sure you find what you are looking for. And, more importantly, you will have had a lot of fun. Join us! Drop us a line at info@mactionplanet.com and begin your journey to your perfect, personalised time in the World’s Greatest Metropolis, and beyond!