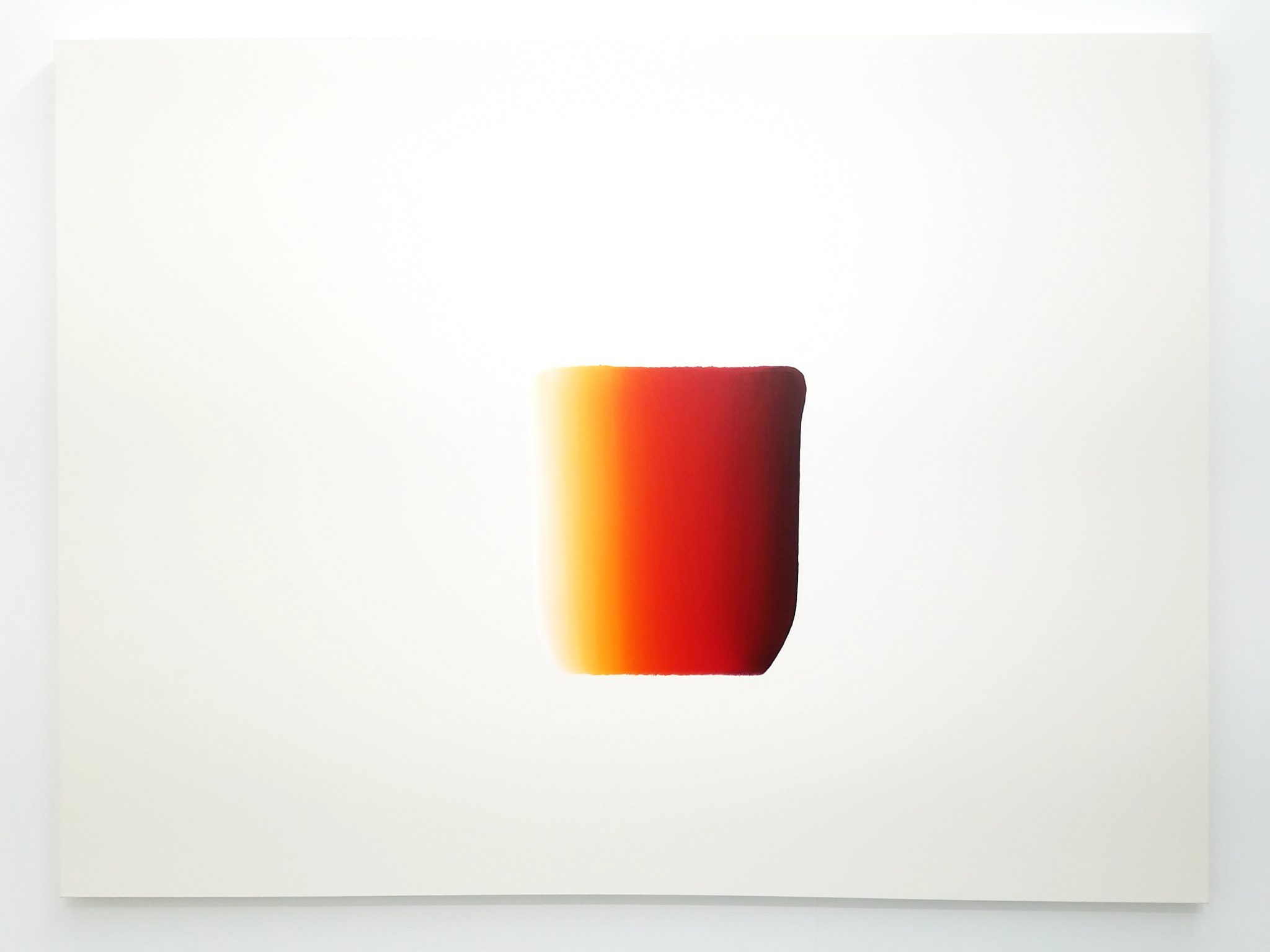 Lee Ufan’s latest exhibition, ‘Lee Ufan – paintings’ at SCAI: THE BATHHOUSE opened on Friday 6 March 2020. It consists exclusively of paintings, featuring Lee’s latest works from the Dialogue series that he has worked on since 2000. We take this opportunity to look back at Lee’s global influence through the Mono-ha movement he co-founded and its links to his current work.

Lee Ufan (b. 1936) was born and raised in Korea, where he studied Asian thought including the philosophies of Laozi and Zhuangzi. He moved to Japan in 1956 where he studied modern Western Philosophy at Nihon University. He has lived in Japan ever since, over sixty years now, though he has spent a great deal of time in Europe. He was the leading figure of the Mono-ha movement in the late 1960s and has since been a mainstay of the international art scene. In 2010, the Lee Ufan Museum dedicated to the artist’s oeuvres, opened on the island of Naoshima. In September 2019, Lee became the first single-artist to take over the entire plaza of Washington DC’s Hirshhorn Museum and Sculpture Garden in the museum’s 44-year existence.

Mono-ha was a pioneering art movement that emerged in Tokyo in the late sixties. Led by Lee Ufan and Nobuo Sekine, it was one of a number of groups – Arte Povera in Europe and Earthworks and Minimalism in the US – engaged in ‘not making’. Lee observed that artists had become less vital, with the advent of technology nullifying an artist’s ability to make things. The Mono-ha group saw itself as a reaction to what they deemed to be ruthless development and industrialisation in Japan, exploring materials and their properties as opposed to traditional representative art. The aim was to challenge preconceived notions of these materials and present them in a new light.

The name ‘Mono-ha’ was not coined by the group themselves but rather a label assigned by observers and commentators. In 1968, Sekine displayed a 2.7 metre-high tower of dirt next to a matching hole in the ground. A journalist used the term ‘mono-ha’, with a hint of derision, as a dig at the apparent lack of artistic ability and finesse in the work. While the term is usually translated as ‘school of things,’ this is misleading. ‘Mono-ha’ works tend to be as much about the space and voids, and interdependent relationships between objects in that space, as the ‘things’ themselves. The viewer’s position in relation to the work is also part of the form.

Mono-ha rejected the primarily Euro-American avant-garde that was in vogue during the preceding decade, paving the way for the aptly named ‘Post Mono-ha’ generation. Such a shift may sound obvious, but it was a first in Japanese contemporary art: the rejection of Mono-ha concepts was a rejection of an utterly Japanese art movement, not just a new interpretation of a western style.

In the decades following his role in the Mono-ha movement, Lee has cultivated an oeuvre which taps into concepts of the interconnectedness of consciousness and physical form. He refers to his artworks as ‘living structures’, taking a philosophical approach to creating them and viewing his raw materials and gestures as entities, each granting some insight into our own lives and our relationship to the world around us. 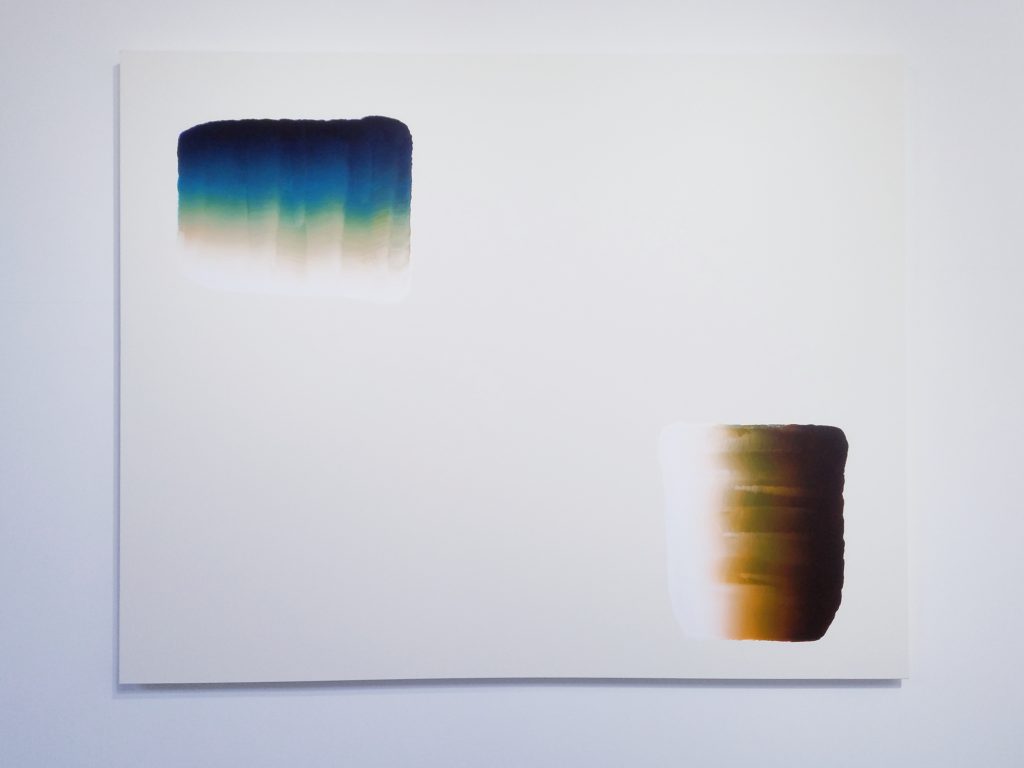 Since 1996, Lee’s Dialogue series has tapped into these concepts exploring questions of process, material, and spatial relationships. If you are familiar with this series, you may be surprised to see that what started primarily with monotone grey has blossomed into works full of vibrant colour. [The first time colour Dialogue paintings were shown in a focused installation was at Pace Gallery in September 2018]

In the earlier Dialogue series, Lee’s brushstrokes were the result of multiple applications of a monochromatic mineral pigment which built up into a single, ‘heavy’ presence. The more recent works on show at SCAI have a much broader range of pigment. Nevertheless, each painting is created in a highly controlled manner with brushstrokes that relate to the artist’s breath. Each work may take a month or more to complete, focusing on the resonance of space, colour, light, and tension. These newer paintings introduce gestural strokes as well as unaltered expressionistic elements, including dots and specks of paint. These forms invite communication from the viewer, completing the concept of a dialogue, this series’ name.

Lee’s art makes prominent use of yohaku, or empty space, calling back to that early Mono-ha concept of ‘not making.’ This is based on the idea of resonance between the parts that are painted and those left unpainted. The colour fields, which appear to be single brush strokes, have elementary forms which further emphasises the white space in the work. To Lee, these ‘blank’ fields are necessary parts of the work, allowing the boundaries between the paintings and the space in which they are installed to blur and the dialogue to continue from one piece to the next. The yohaku fosters a sense of duality: a resonance between the visible and the invisible, the made and the unmade. As stated by Lee Ufan himself: “A work of art is a site where places of making and not making, painting and not painting, are linked so that they reverberate with one another.” The unpainted portions make the viewer sharply aware of this reverberation, as well as the space as a whole. As such, though they may seem simple in form at first glance, Lee’s paintings are very present and physical, taking on an almost three-dimensional aspect. The art is not limited to the painted installations but are connected to the space of the entire exhibit itself.

Lee’s work continues to emphasise the relationship between the artificial, the hand-made and the natural. In an era where much art has moved digitally, Lee’s approach to creation using actual, physical motions befits one of the founders of the Mono-ha movement. The exhibition highlights Lee’s attention to gestures, light, and colour, as well as how they inform our perceptions and experiences of space. In taking time to appreciate this magnificent body of work, it sparks a self-dialogue in which we can discover something about ourselves.

Maction Planet runs bespoke Private Tours and Experiences in Tokyo and beyond, including Tokyo Art Tours. To book yours, contact us at info@mactionplanet.com