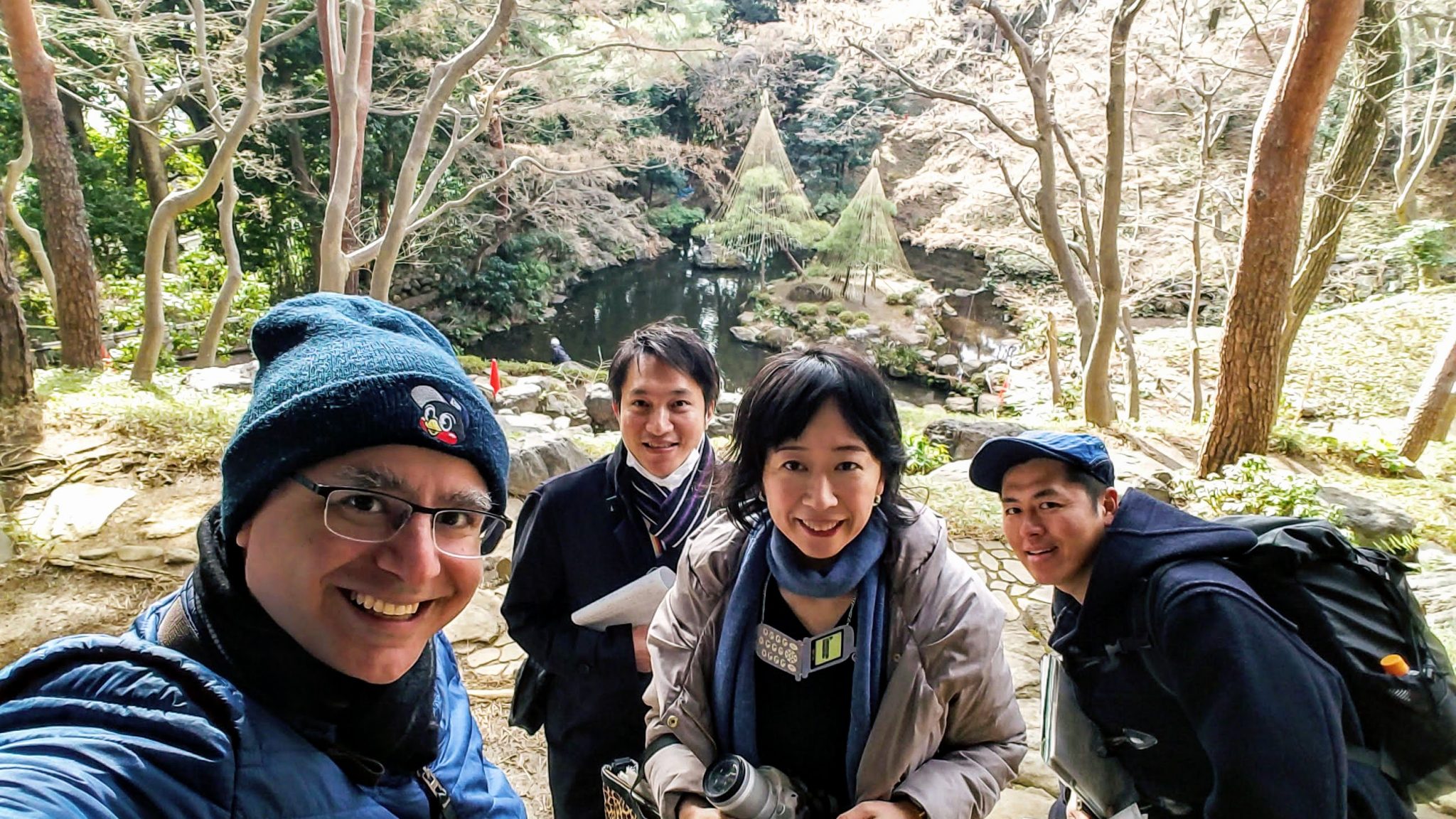 Kokubunji: The Belly Button of Tokyo

Explore the delights of Kokubunji, the belly button of Tokyo, in the latest video on the Maction Planet YouTube channel

I was invited to spend a day with the Kokubunji Tourism Association on Friday 17 January 2020 to share ideas and discuss ways they could grow visitor numbers to the area.

Kokubunji is located on the Musashino Terrace of western Tokyo, approximately in the geographic centre of Tokyo Metropolis – the belly button of Tokyo, as some of the local guide maps purport. The water sources along the Kokubunji Gaisen (cliff line) include the headspring for Tokyo’s No River, a tributary of the Tama River. The area of present-day Kokubunji was part of ancient Musashi Province. It was the site of a significant temple, the Musashi Kokubunji temple, built during the Nara period (714-794 AD). This temple has given its name to the town.

I made a video of my adventures so that Tokyo tourists could appreciate the number of fascinating sites in the undervisited suburbs. Maction Planet is a huge supporter of initiatives to expand tourism away from the so-called ‘Golden Route’ of Tokyo, Hakone, Kyoto and Hiroshima into less-explored areas of Japan. The vast majority of these efforts take place in an effort to direct tourism traffic to Japan’s more rural prefectures. However, even within the Tokyo Metropolis, there are so many under-explored areas.

Places featured in the video:

Tonogayato Garden: Tonogayato Garden is tucked into a riser of the Musashino Plateau. First developed in 1913, the garden came under threat of redevelopment in the late 1960s which prompted a huge outcry. The Tokyo Metropolitan Government bought it in 1974 and opened it to the public in 1979. The garden is beautiful and full of natural and human-made features, such as a shishi-odoshi (a bamboo and water feature made to scare off wild animals) and the Koyotei (“Autumn Leaves Pavilion”) tearoom.

Terukyu Soba Restaurant 蕎麦てる久: Delicious soba noodles. The area is famous for soba due to the spring water used to make them.

Fudobashi (c. 1745): Originally called the Ishibashi – the stone bridge. In 1832, locals built a memorial to thank the bridge’s stones for being quarried and used! A small stone statue of the Fudo Myoo (AKA Acala, a Buddhist deity) nearby Fudobashi.

Otaka no michi お鷹の道– Hawk Road: Used by the Tokugawa family in the Edo period (1603-1868) as a place for falconry (hunting game with trained hawks). You can now wander along a path along a peaceful canal through residential backstreets.

Masugata-no-ike, 真姿の池: The Masugata Pond of True Form (真 (ma) means true and 姿 (sugata) means form or shape). The Masugata-no-Ike (Masugata Pond) is believed to have healing powers. A legend dating back to 848AD says that after bathing in the pond, Tamatsukuri Komachi recovered from a disfiguring illness and her beautiful “true form” was restored. Today, a small shrine to Benzaiten (Goddess Sarasvati) — one of Japan’s shichifukujin (Seven Lucky Gods) — rests on a small island in the pond.

Musashi-Kokubunji Temple Remains: In 741 AD, the Emperor Shomu decreed that around 60 provincial Buddhist temples be built throughout Japan. Musashi-Kokubunji, founded in the Tenpyo-hoji era (757- 65 AD), was one of the largest. The temple loaned its name to the area, but was destroyed by fire in 1333 during the Battle of Bubaigawara between Nitta Yoshisada and the Kamakura shogunate which signalled the end of the Kamakura Period (1185-1333). The museum holds archaeological finds and a model of the original temple.

Tosando-Musashi Michi Road Remains: One of seven ancient roads dating back to the Nara period (714-794). We even got to see one remains of the original road.

Thank you very much to Maction Planet Japanese Cooking Class partner Nahoko for her kind arrangement. Enjoy the video, and we continue…