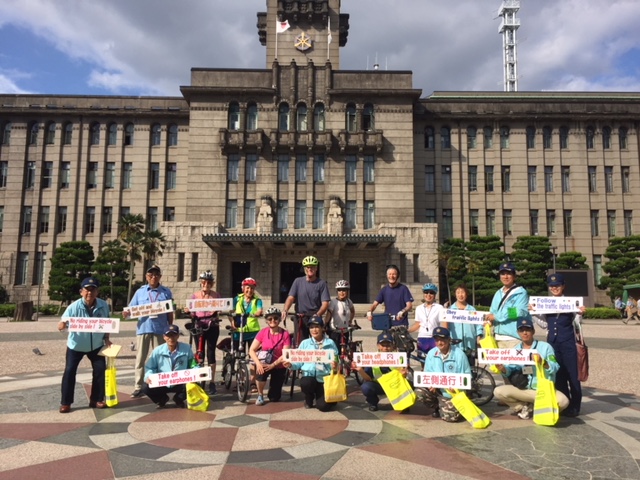 PRESS RELEASE: Maction Planet is delighted to announce that they have been appointed on-the-ground coordinator for Japan Folding Bike Tours. Their partnership will begin in the lead up to their upcoming trip in Spring 2019.

Alex Kent, Japanese translator, interpreter, and lover of all things Japan, will be leading a 2-week tour of Japan by folding bike in Spring 2019. This will be a truly unforgettable, close-to-the-ground, people-to-people jaunt through Tokyo, Kamakura, Kyoto, and up into Japan’s fabled north country, Tohoku.

“Although we will stop at some well-known places on the tour, the focus will very much be on experiencing Japan at ‘street level’ – the houses, shops, sights and, above all, the people we see along the way – precisely the sort of thing tourists do not see when they are shipped from point to point in hermetically-sealed, exhaust-belching tour buses. And it is for these reasons that there was only one person I could partner with to deliver the level of experience I wanted for my group, and that was Mac from Maction Planet.” said Alex. “His philosophy of customer service, professionalism and knowledge are completely aligned with that of Japan Folding Bike Tours, and his guest reviews are off the charts!”

Exact dates for the Spring 2019 tour are to be finalised. Although the tour will have a general itinerary, at each city, town and village along the way there is the characteristic Maction Planet flexibility to adapt to changing circumstances and the special interests of individual participants.

“Often it’s the serendipitous encounter that leaves the most lasting impression.” said Mac “The conversations with the tofu-seller, the middle-aged woman practicing her English, the woodworker whose shop door happens to be open. Don’t worry: we will be there to interpret for you!” 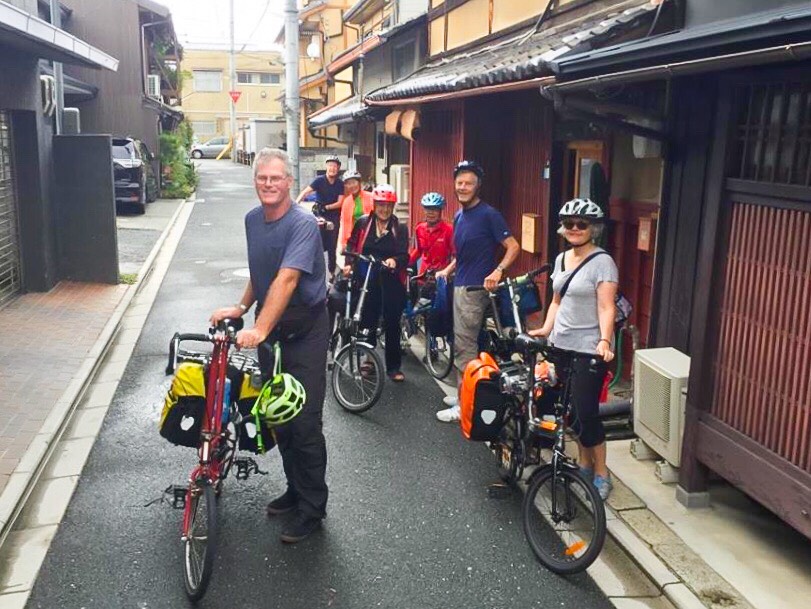 The beauty of the folding bike

“Because it’s so much easier to transport them on Japanese trains, and once we reach our destination, the bikes give us the freedom to explore, to experience, to adventure.” said Mac

“The beauty of a folding bike is that, when folded and safely covered in a travel bag, a bike can be carried onto virtually any Japanese train at no extra charge. Your kit is complete with a set of panniers or a backpack. We exit the train station, saddle up, ride over to our lodgings to drop off our bags….and then, FREEDOM! Reverse the process to get back on the train and onward to the next destination.” said Alex.

A Cycling Tour for everyone

“No: You do not have be in Tour de France shape for this odyssey! Daily mileage will vary, but the cycling will never be taxing. All ages are welcome. (In the last folding bike tour, the oldest participant was 86, and he had no trouble at all!)” said Alex.  “Japanese cities are relatively flat and the distances traveled will not be great. All that is necessary is that participants be in good health, that they be comfortable riding a bike in slow-moving traffic, and that they have a strong spirit of adventure.”

To express your interest for this landmark trip and to find out more email info@mactionplanet.com

Maction Planet is a Travel and Apparel business based in Tokyo. They run private, fully-customised tours and travel experiences in Tokyo, and beyond. Guests have described them as  “reinventing custom travel” in The World’s Greatest Metropolis. Since the launch of their website in February 2017, and growing their business away from solely ‘word-of-mouth’ recommendations, Maction Planet is now ranked in the Top 3% of all Tokyo Tour offerings on TripAdvisor, with 100% 5-star reviews – ahead of many long-established Tokyo Tour companies. Maction Planet was appointed the recommended Tokyo tour company for the May 2018 Disney Asia Tour from TDR Explorer. They have developed a loyal fanbase, with over 3500 Instagram followers. Alongside the travel arm, Maction Planet Apparel designs unique T-shirts inspired by the city they love.

Alex Kent has decades of experience with the culture and language of Japan. He is fluent in Japanese and lived in Japan for over 5 years, with numerous trips back and forth since then. An avid cyclist, he brought his touring bike to Japan to travel the 1,200 km route of the 88 temple Shikoku pilgrimage in 2013. Alex led a 2-week folding bike tour across Japan in 2016. He has made numerous tours in New England where he currently resides.