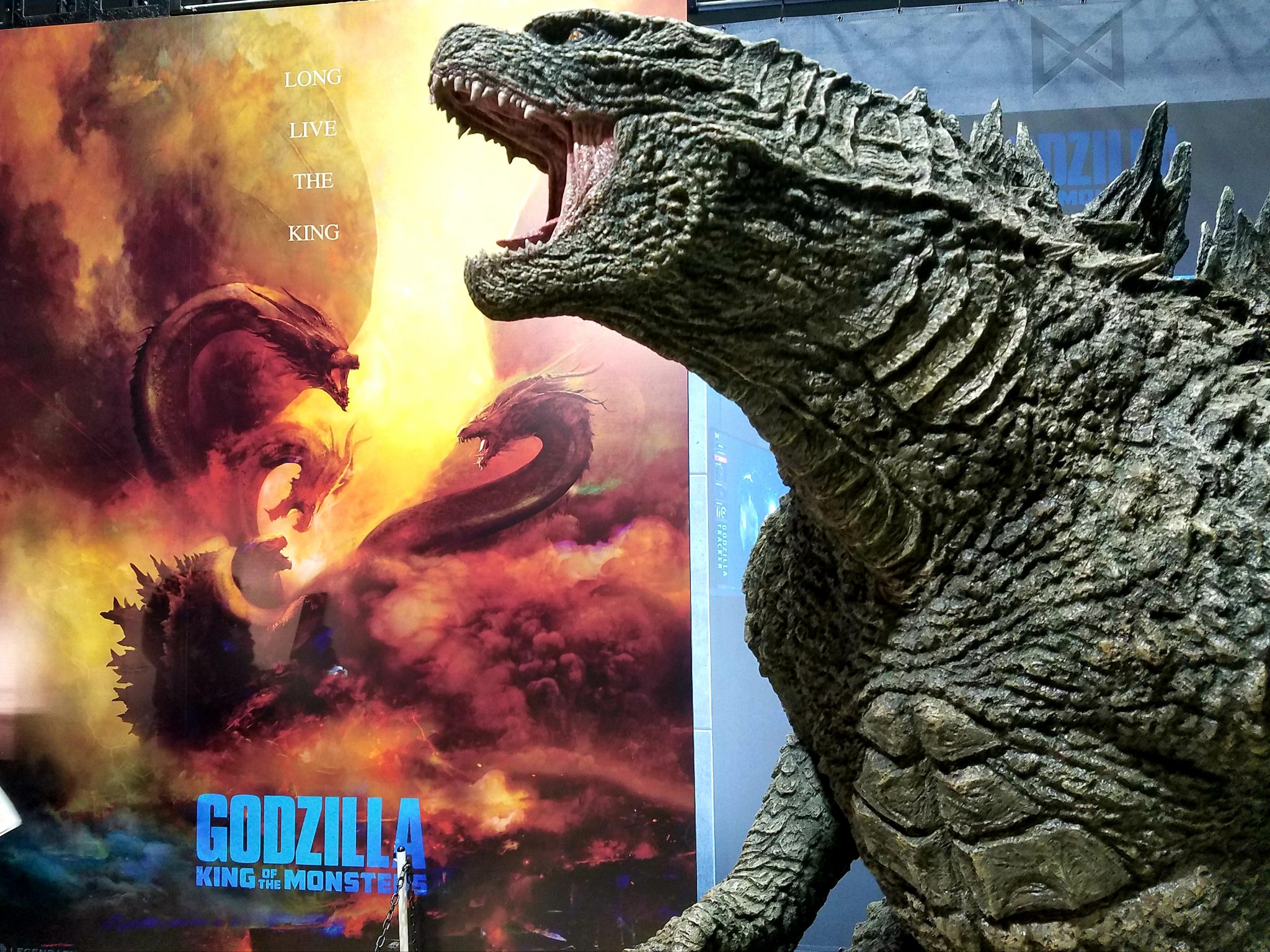 Maction Planet was at Tokyo Comic Con 2018. One of the highlights was the Godzilla: King of the Monsters Panel featuring director Michael Dougherty. He managed to shoot some incredible video which we have posted on the Maction Planet YouTube Channel. Check out his analysis of this exciting event.

A huge crowd gathered around the Tokyo Comic Con main stage at 12:20 on Saturday 1 December and were rewarded with some pretty major reveals including a Godzilla: King of the Monsters teaser trailer (for the upcoming trailer), some phenomenal concept art and some amazing insights from director Michael Dougherty.

Michael Dougherty quickly said yes when offered the role of director of Godzilla: King of the Monsters. He describes the film as a ‘monster opera’, in the same way that Star Wars is a ‘space opera’. It was very clear from all his responses that this is a dream project for him. He talked about being about to play with “the crown jewels of the Toho universe”. and that the film will contain many references, some subtle, to all the previous Godzilla movies. He encouraged us to go and watch his film two or three times in theatres to catch them all!

When the teaser trailer (for the second trailer which will be released next week) dropped, Dougherty commented “if I could show you the entire thing now I would.”

The Director then went into detail about the kaiju designs from the upcoming movie, saying that he wanted to honour the designs of the past. He also mentioned that Godzilla and Mothra would be referred by both their Japanese (ゴジラ andモスラ respectively) and English names, with the Japanese name being used as the scientific classification for the kaiju:

Godzilla: Dougherty liked (2014’s Godzilla director) Gareth Edwards’ design but he made some changes. He took the spikes from the classic 1954 spies. He literally photoshopped the spikes from the 1954 Godzilla onto the design! His feet are also different with extended claws. 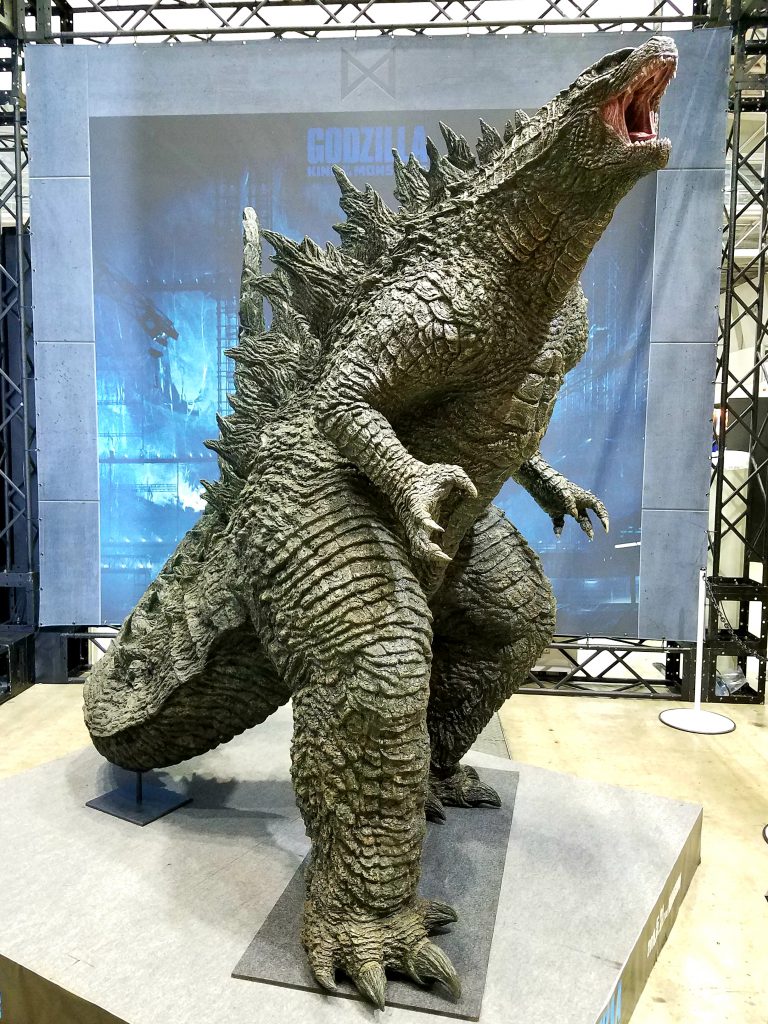 Mothra: Mothra was the biggest challenge. Dougherty studied moths for a long time, watched all the old films and wanted a version that was beautiful but powerful – a kaiju who could hold her own against Rodan and Ghidorah. Dougherty commented that the finished model is different to the concept art. The spots of her wings are Godzilla’s eyes. Moths often have false eye spots to fool predators. The director wanted to show a relationship between the King and Queen of the Monsters. In the movie We will also see her in her larval form. 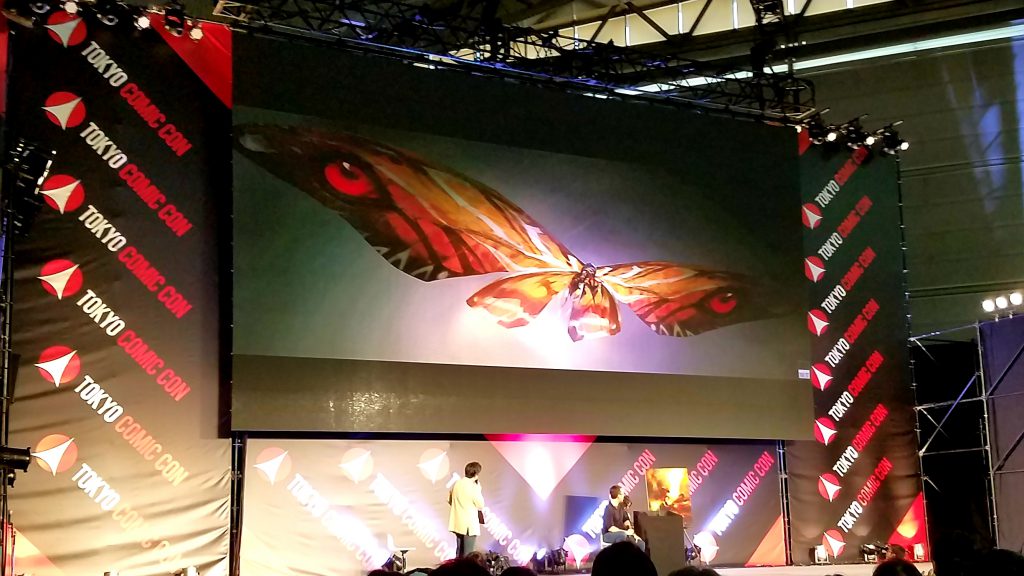 Mothra Concept Art from Godzilla: King of the Monsters

Rodan: During the panel some Rodan concept art was shown, but as you can see from the S.H MonsterArts figures there are no feathers on Rodan. Rodan has the ability to live inside a volcano. His scales are overgrown with volcanic rock and his body has a very rocky, scaly texture with burgundy red hue. 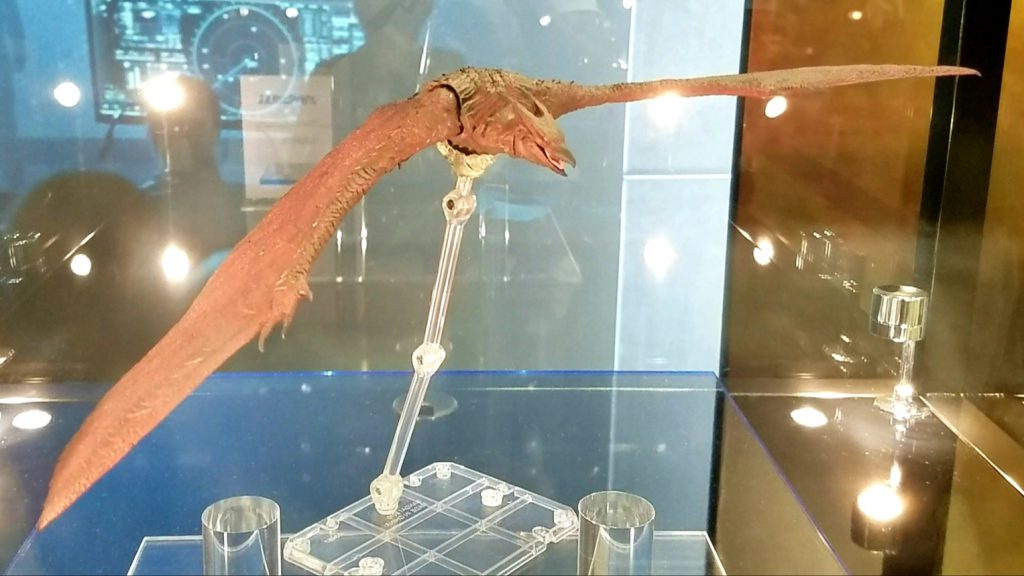 Rodan S.H. MonsterArts figure from Godzilla: King of the Monsters 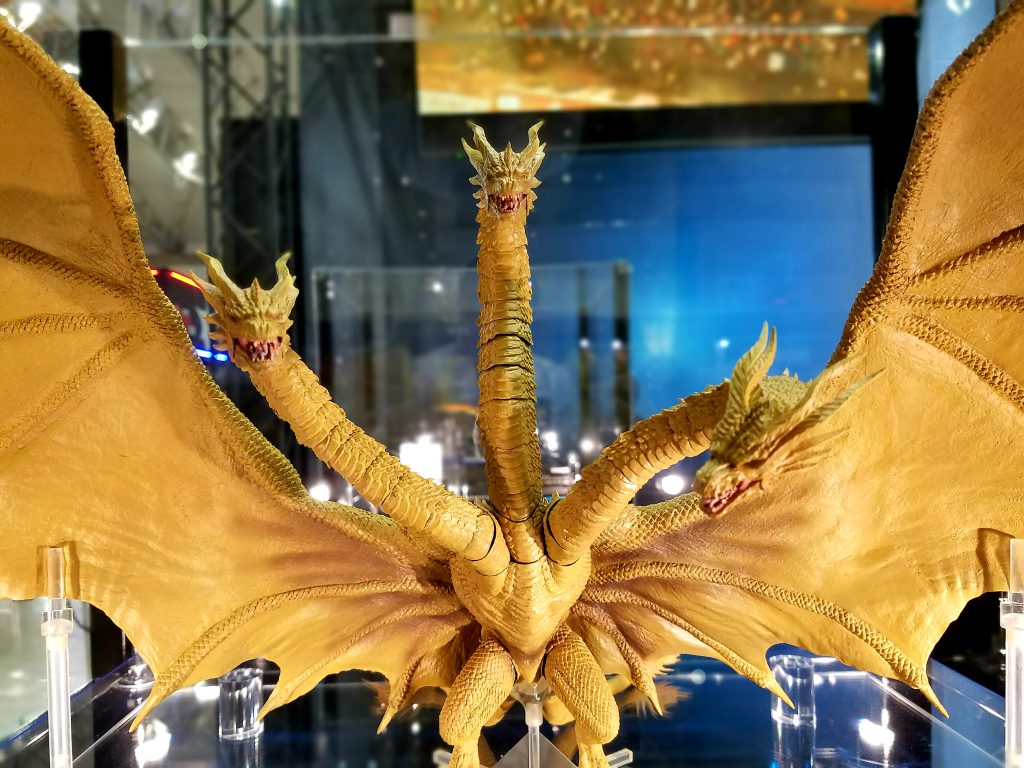 “Toho did it first”

My favourite line from the panel was when Dougherty was asked about the shared universe concept not popularised by Marvel and DC in their movies. “Toho did it first” he replied.

“It is truly an honour to bring him back home, where Godzilla was born” he added.

The talkshow was followed by an unveiling of a huge model of Godzilla from the upcoming movie by S.H. MonsterArts, along with figures of the kaiju. Tune in to the video below at the 2m00s mark to see a video walkaround of all the Godzilla: King of the Monsters releases from S.H. MonsterArts.

If you enjoyed our videos, please subscribe to the Maction Planet YouTube channel for more from the World’s Greatest Metropolis, and beyond!

For exclusive Tokyo-inspired T-shirts featuring exclusive designs from superstar artists Livio Ramondelli and ‘Kaiju King’ Matt Frank, check out the online Maction Planet Apparel store at shop.mactionplanet.com
Maction Planet runs bespoke Private Tours and Experiences in Tokyo and beyond, including Tokyo Otaku Tours. To book yours, contact us at info@mactionplanet.com