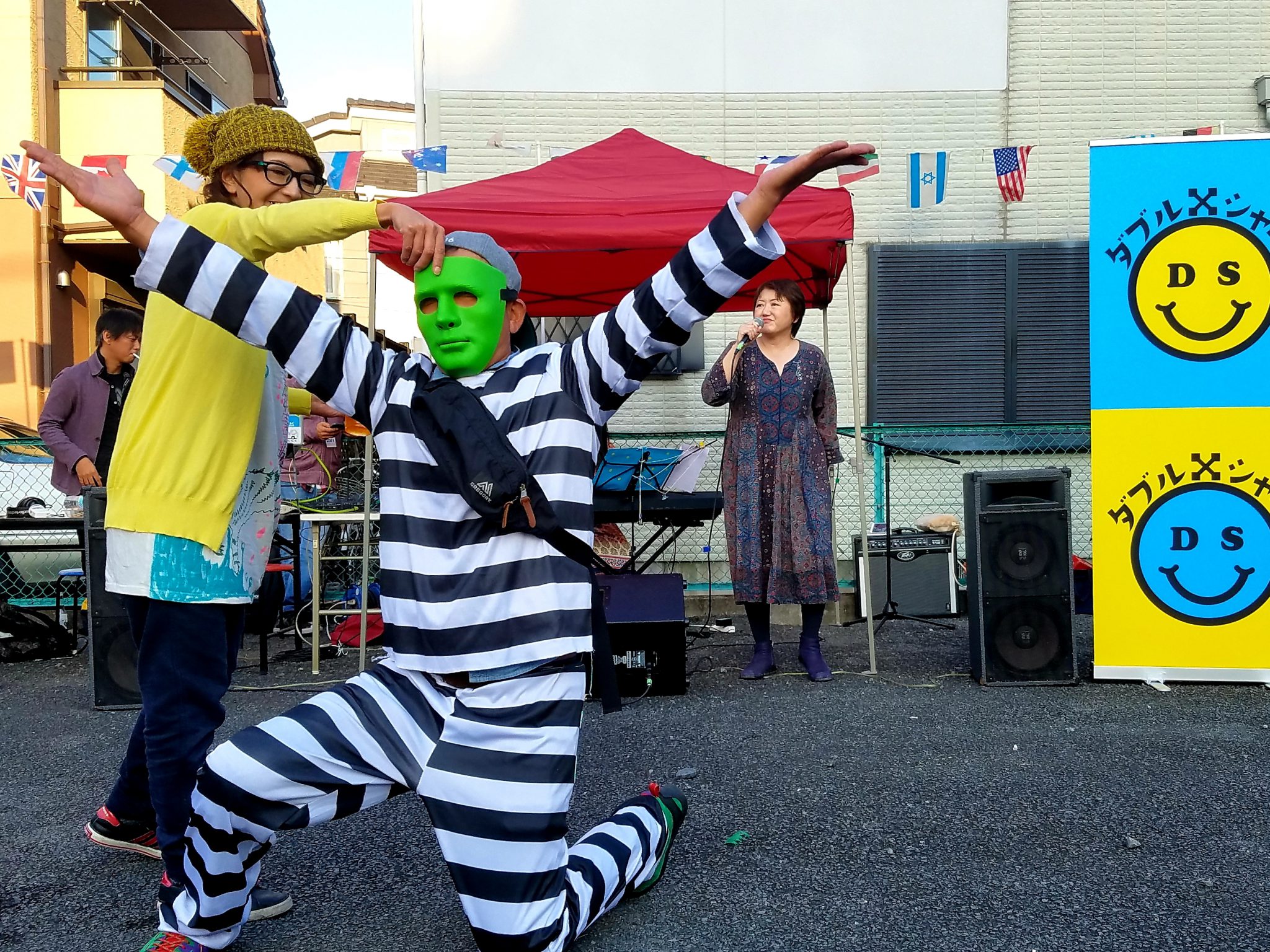 When we say everything is fully personalised at Maction Planet, we mean it. So when our guests Sophie and Sarah told us they wanted to do something art-related in a truly local environment, we delivered… at the Fussa Ginza Shoueikai Art Matsuri 2018.

Although Fussa is around 45 minutes by train from Shinjuku, it is actually in the geographic centre of the Tokyo Metropolis Prefecture! It is most famous for being the home of the United States Air Force Yokota Air Base, and for its Tanabata Festival held in August, which this year celebrated its 68th running! 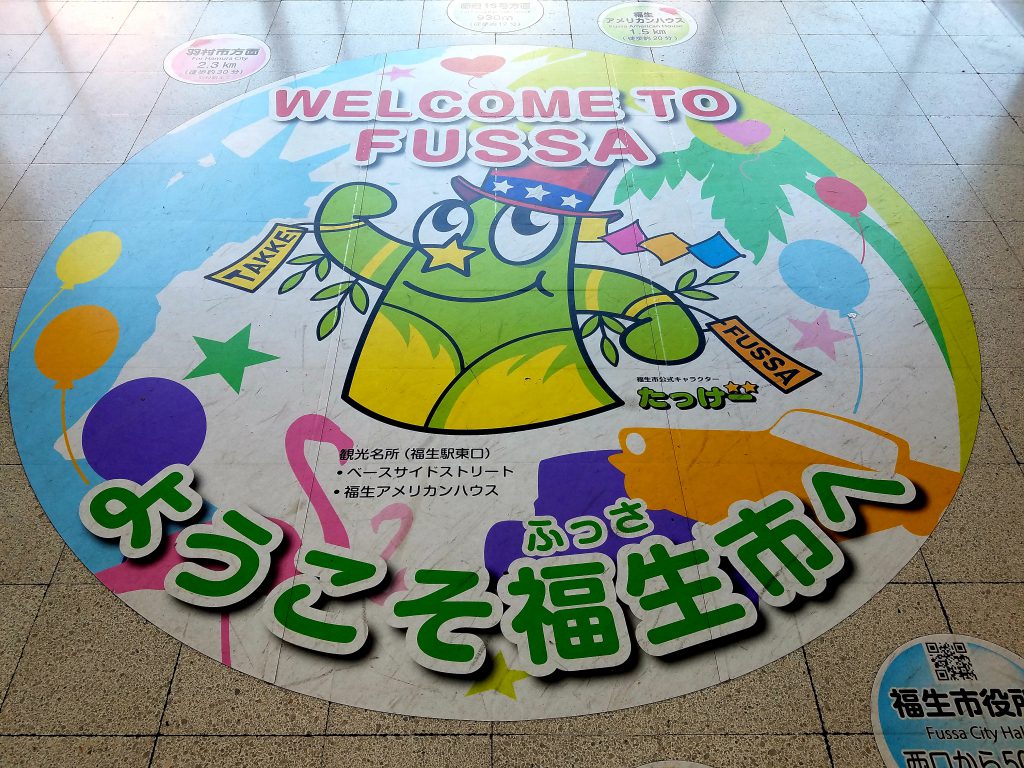 Tanabata has become such a part of Fussa’s identity that its mascot, Takke, even has traditional Tanabata wishes tied to him and a star for a nose!

As well as hanging out with Takke, we were here for the Third Ginza Shoueikai Art Matsuri, held along Fussa’s cute Ginza Dori. 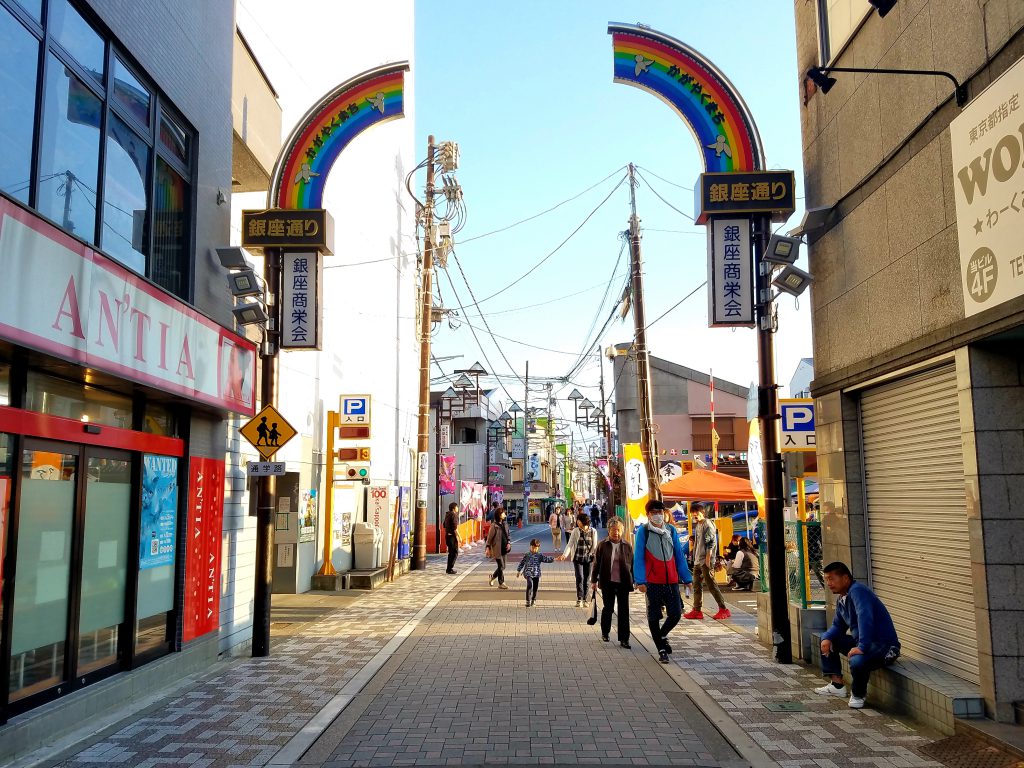 The street was decked out in banners celebrating the event featuring art in all forms, such as this ‘homage’ to ‘Girl with a Pearl Earring’ by Johannes Vermeer. Currently, 9 of Vermeer’s 35 surviving paintings are at the Ueno Royal Museum in Tokyo. We took our guests Betsy, Steve and Nora there last week. Betsy mentioned it in this humbling review of her six days with Maction Planet which she wrote on TripAdvisor. 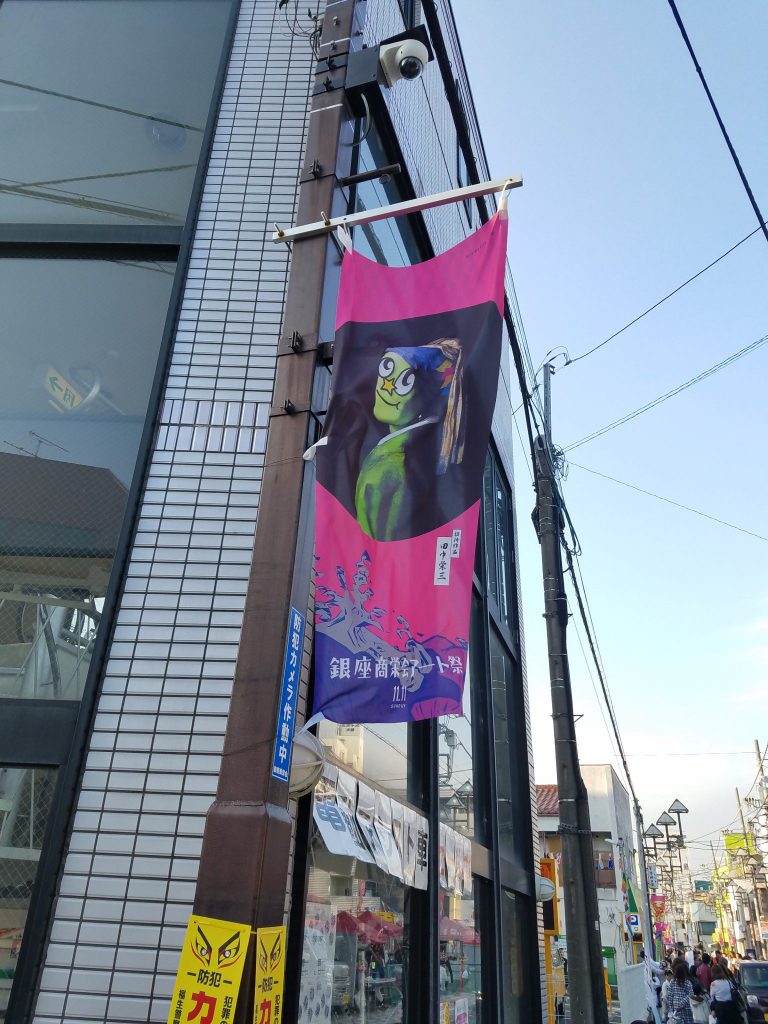 First off all we hit up the market areas where local artisans and merchants were selling their works, and Sarah and Sophie supported several of them with some acute purchases of gorgeous woodwork, hand made jewellery and some wonderful paintings. 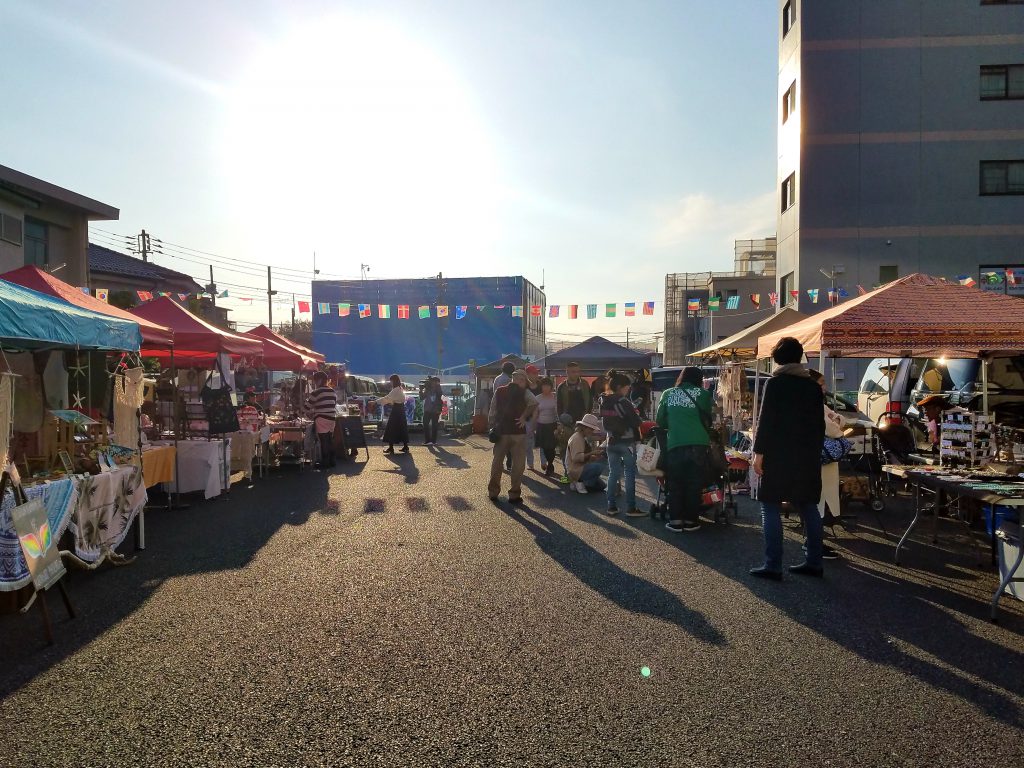 Music in this area was provided by local station radio234, live from Fussa to the world! 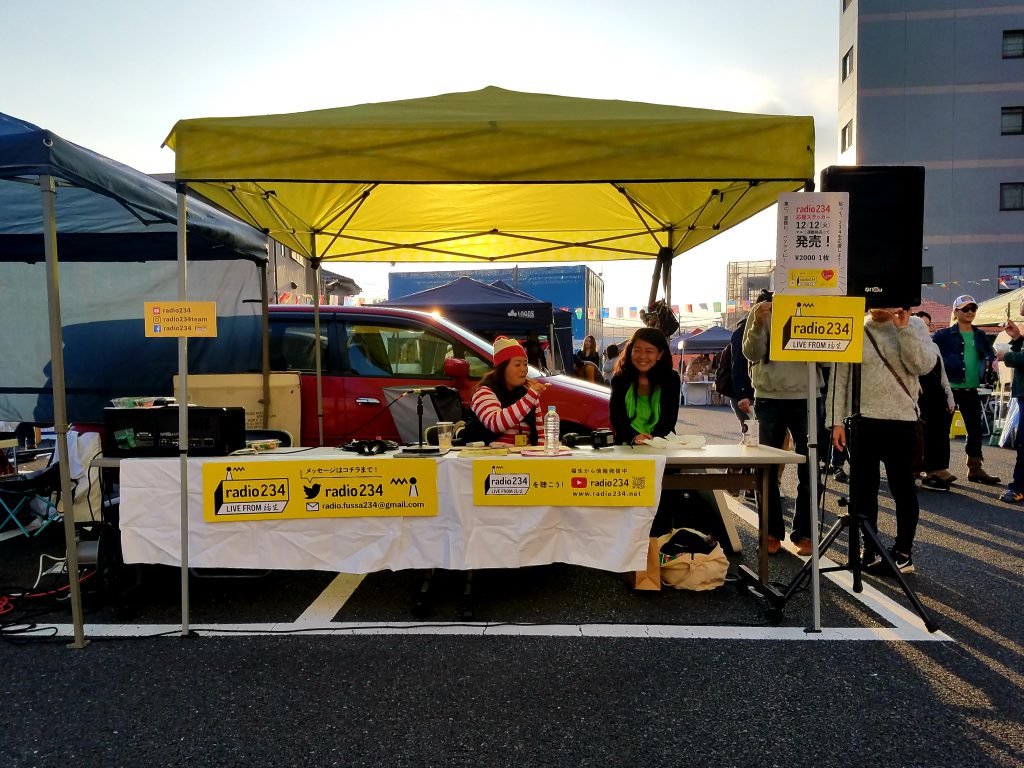 As promised, there was art everywhere! Live painting lined the streets, including a spectacular recreation of Hokusai’s infamous Great Wave off Kanagawa. 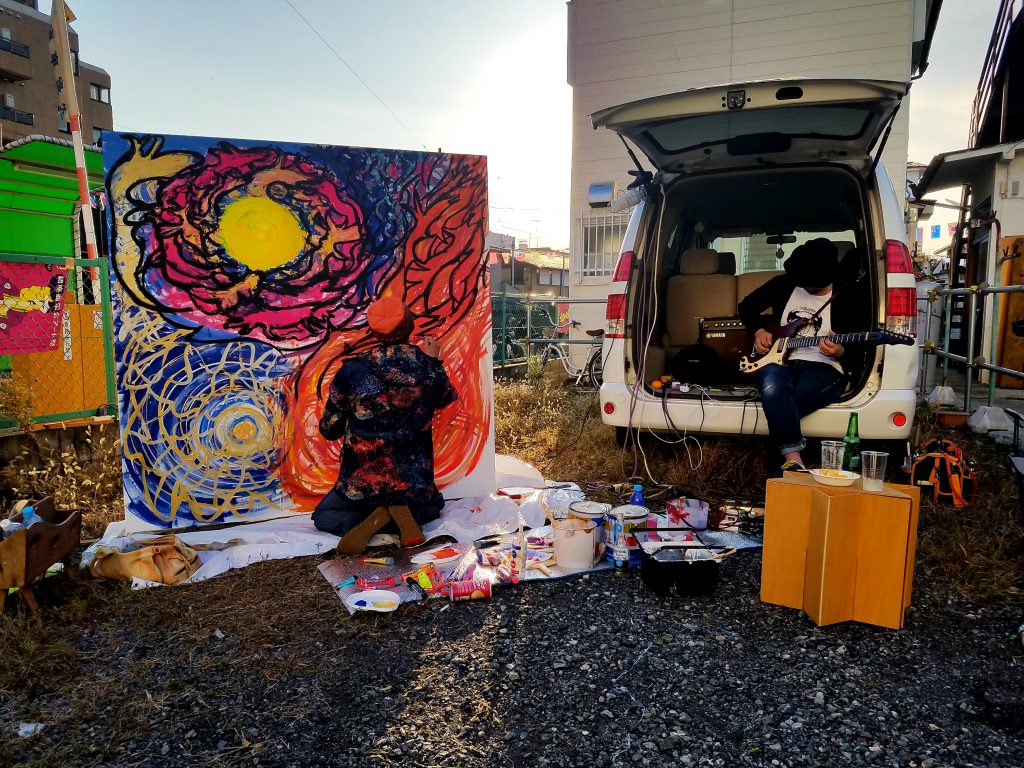 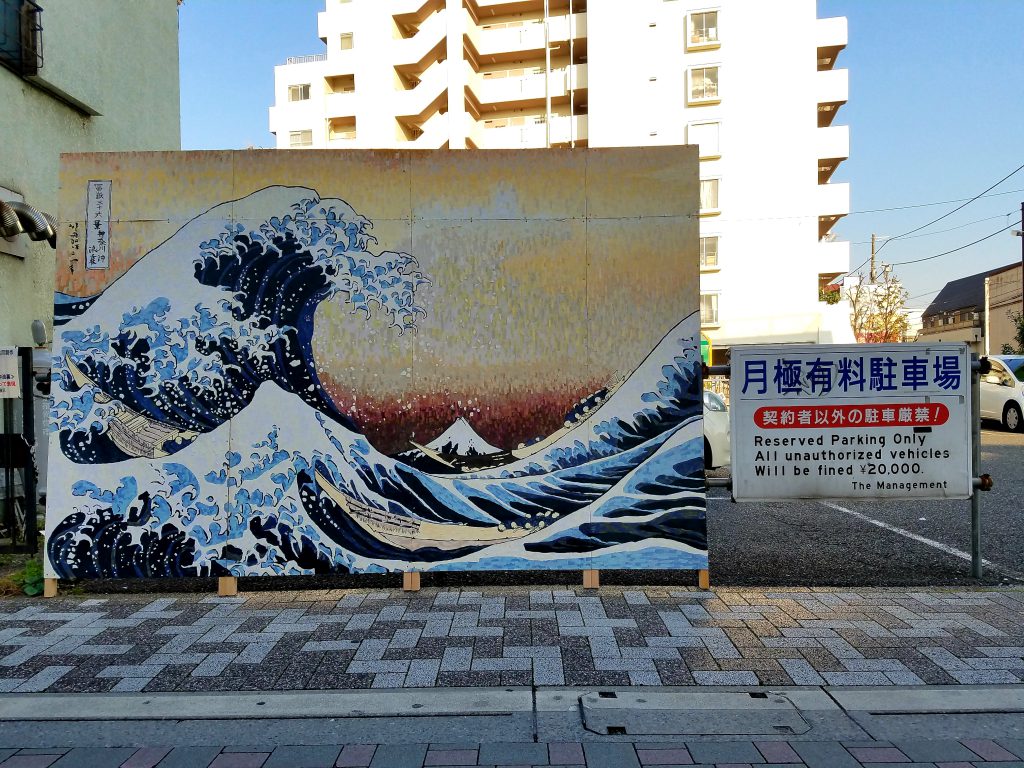 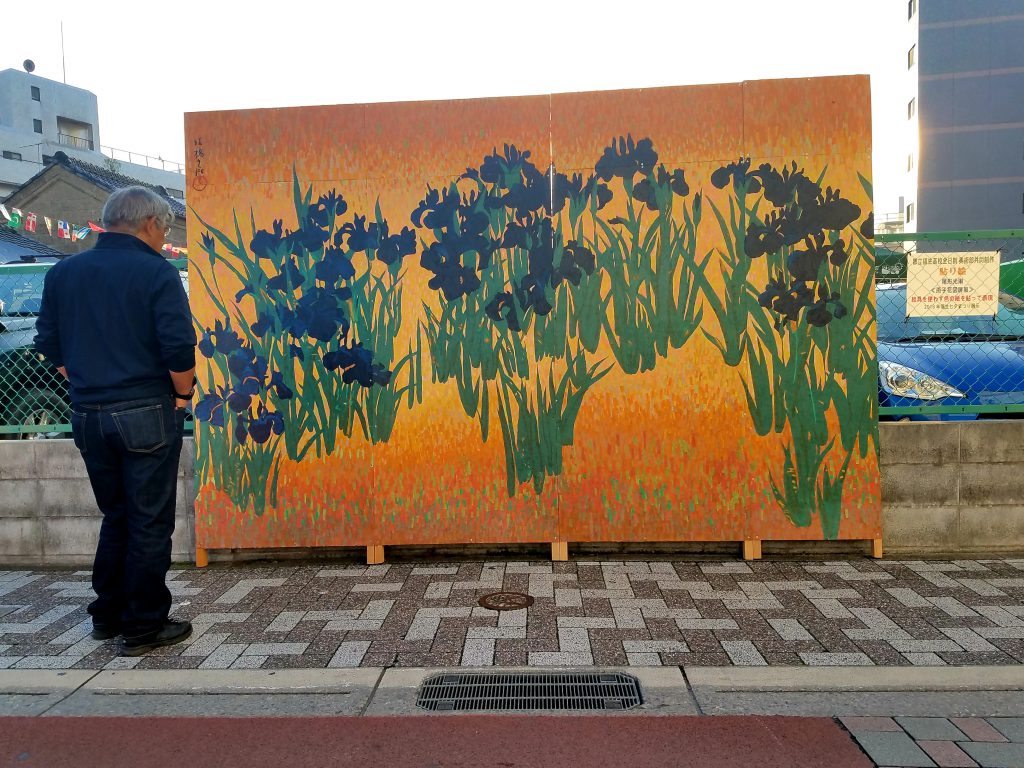 There were also stages with live music and DJ sets. We caught a great concert by singer-piano duo Double Sharp, who finished up their set with a lovely cover of Makenaide by Zard . The crowd enjoyed it too – so much so that some of them started an interpretive dance in accompaniment! Check out the video we took below!

Fussa is an interesting town with a unique character given its proximity to the US air base. We wondered around spotting some of the unique architecture and shop names, such as German-style beer hall Stuben Ohtama and Hair Salon Bum’s a bet. 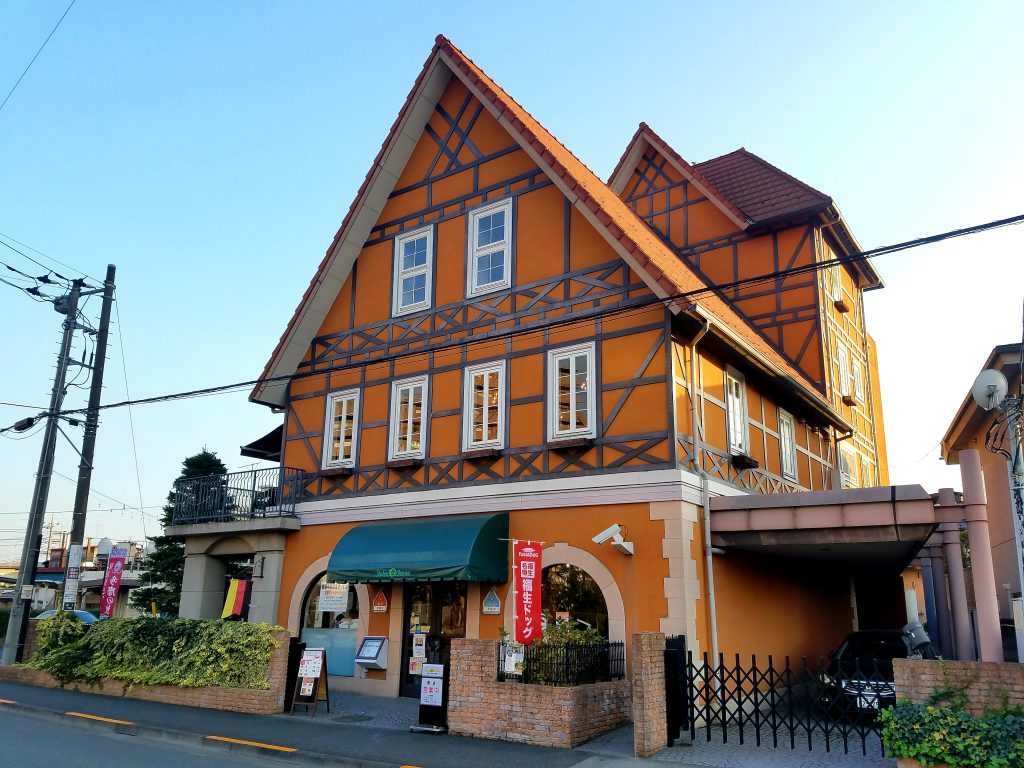 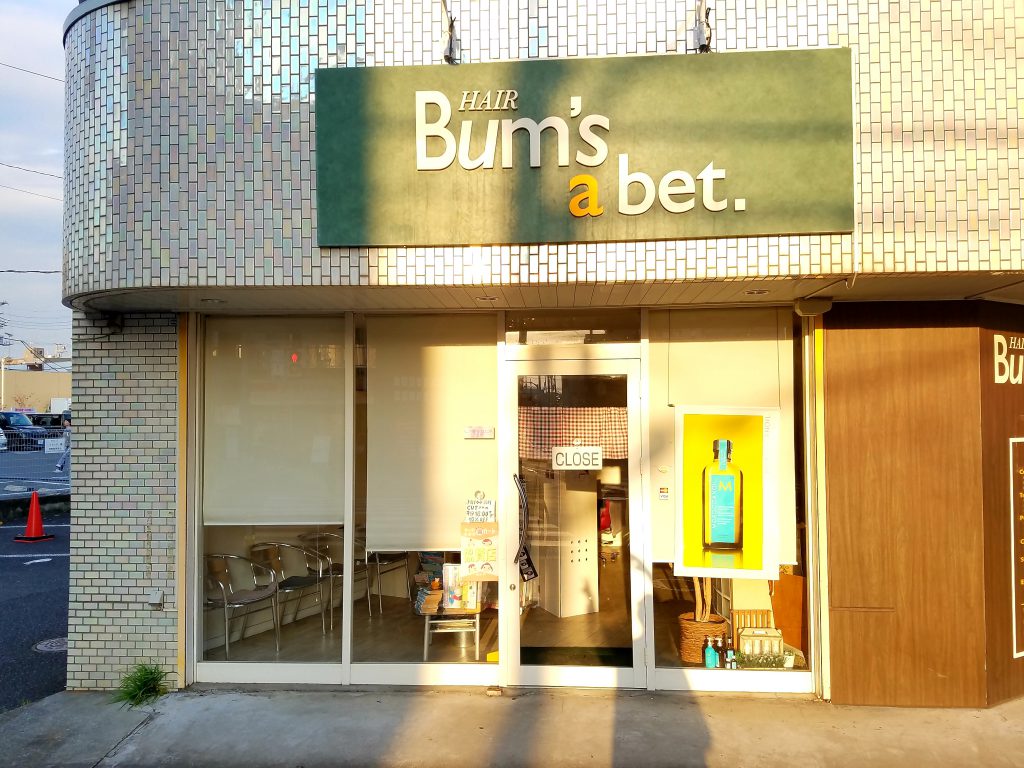 A great day out in the western suburbs of Tokyo. Thank you to our guests for choosing Maction Planet.

If you love Japanese music, check out our flagship radio show Tokyo ON over at mixcloud.com/mactionplanet

To join us in off-the-beaten-track Tokyo, email us at info@mactionplanet.com