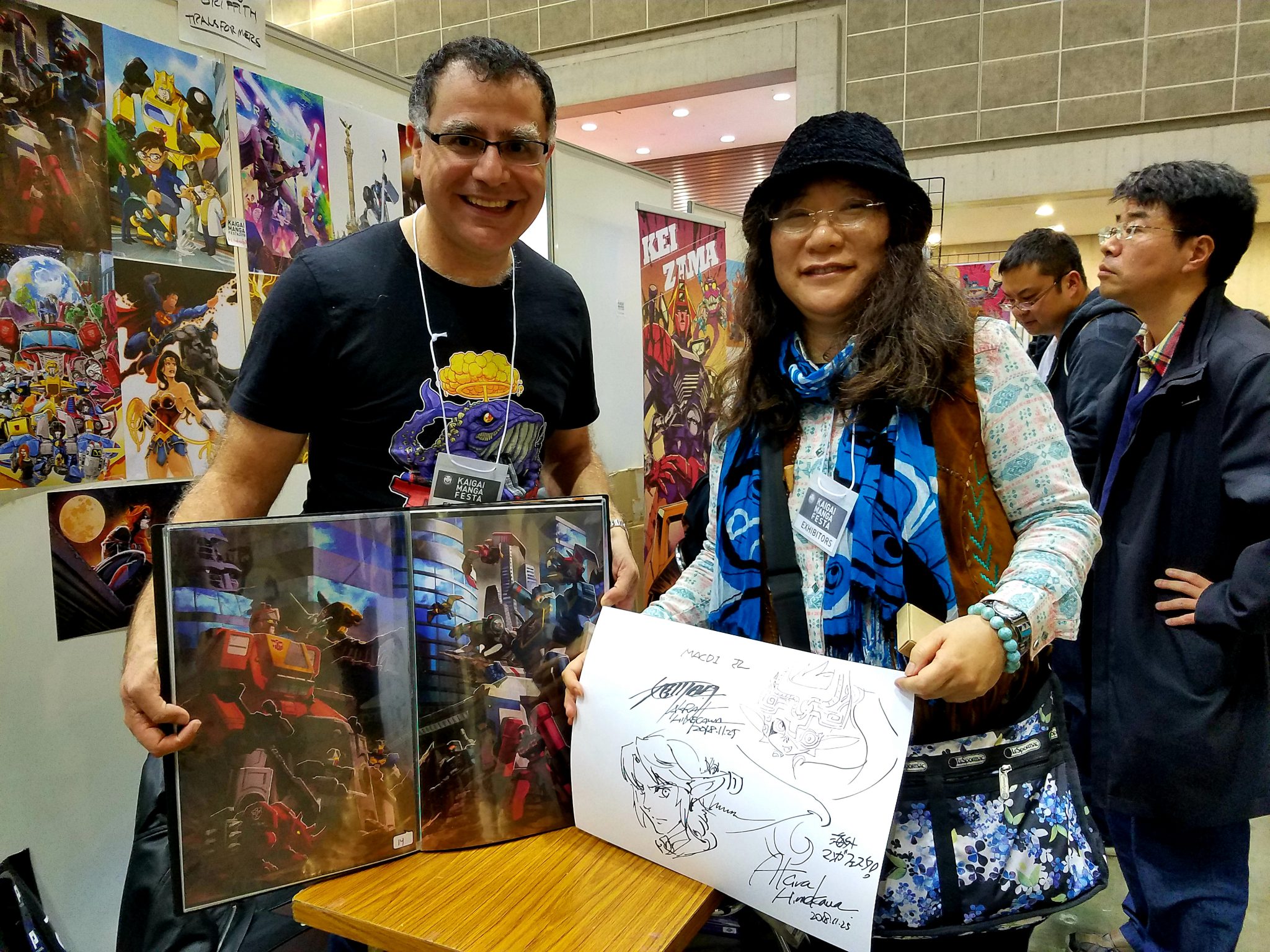 Mac, our Founder and Lead Guides, walks through the epic COMITIA 126 event at Tokyo Big Sight on 25 November 2018!

Founded in November 1984, COMITIA (コミティア) plays a significant role in the manga publishing industry and independent creator’s scene in Japan. It is a convention where writers and artists can sell self-published works. Only original works are welcome at COMITIA, which differentiates it from the more widely known Comiket. Many mangaka started their professional careers after being scouted at COMITIA and still attend even after debuting

COMITIA is held four times a year (February, May, August, and November) in Tokyo. Affiliates in cities such as Osaka, Nagoya and Niigata also host COMITIA throughout the year.

Once a year, COMITIA is host to the Tokyo International Comic Festival 2018, known in Japanese as the Kaigai Manga Festa. The first such event was held on November 18th 2012 and was supported by the embassies of seven countries, the Cultural Exchange Bureaux, several publishers and numerous manga artists. It has grown to be one of Tokyo’s premier artist alley events, and this year expanded to Kitakyushu for the first time. World-famous artist Andrew Griffith was appointed Artist-in-Residence in Kitakyushu (alongside Juan Albarran) for two weeks where he created art in the local community as well as at the Kitakyushu Kaigai Manga Festival. This year’s Kaigai guests also included British artists Charlie Adlard, Sean Phillips and Duncan Fegredo.

The scale of COMITIA is difficult to fathom for those who are used to US comic-cons, even mega-events such as San Diego or New York. It significantly dwarfs the Artist Alley of NYCC. The event on 25 November occupied Halls 東4-6 of the Tokyo Big Sight, the premier exhibition and convention centre in Tokyo and indeed the largest such space in the country.

That is all the background you need to now sit back, relax and enjoy this walkthrough video Mac filmed of this epic event. Enjoy!

(By the way, the t-shirt Mac is wearing in the featured image was designed by Kaiga Manga Festival regular and Japanophile Matt Frank, the ‘Kaiju King’. You can read our ‘Mac on Tokyo’ interview with him here and purchase the T-shirt, which features the Goriwhale, an original kaiju designed exclusively for Maction Planet, here.)

Maction Planet runs bespoke Private Tours and Experiences in Tokyo and beyond, including Tokyo Otaku Tours. To book yours, contact us at info@mactionplanet.com