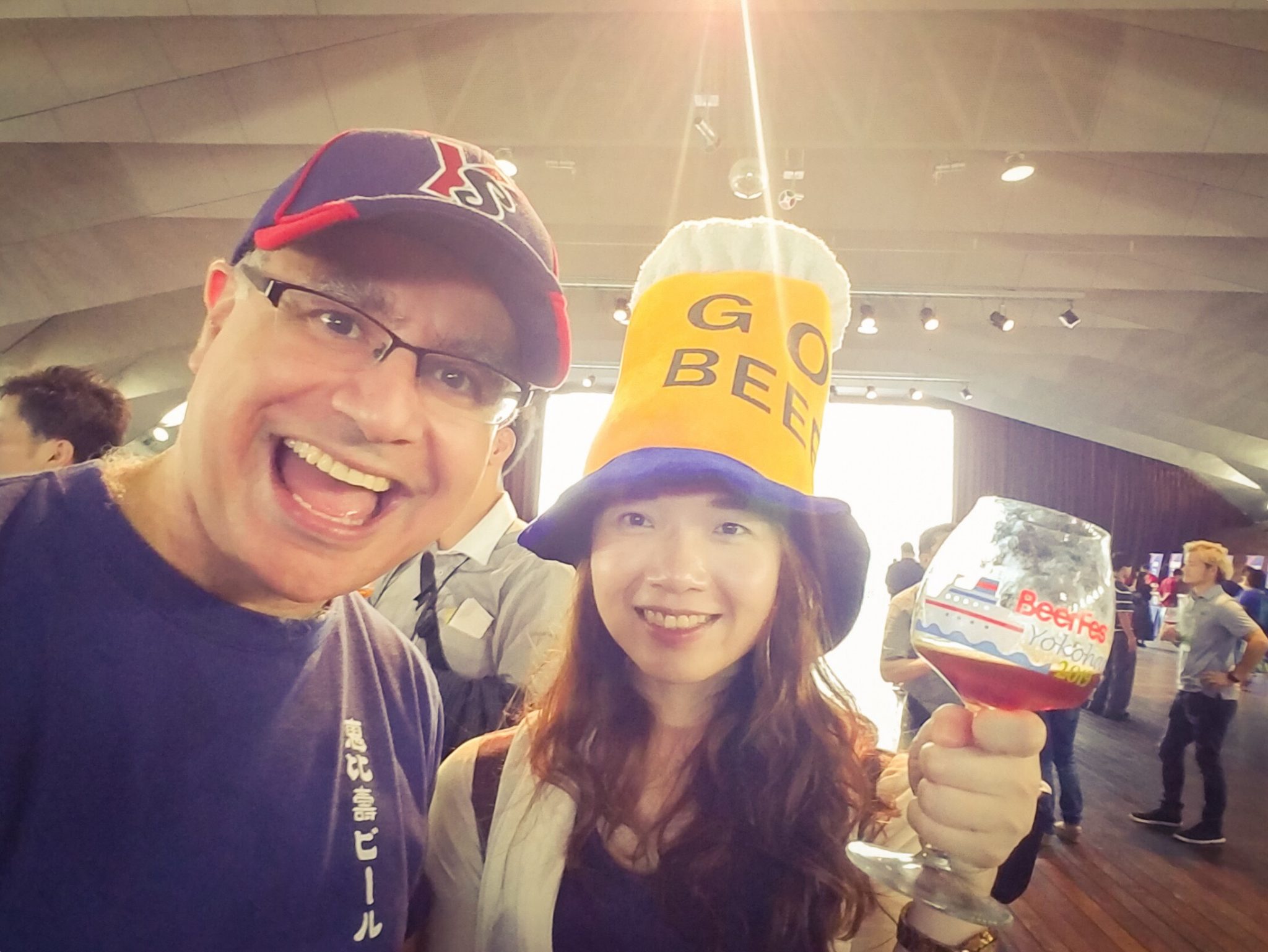 The ‘Great Japan Beer Festival’, more commonly known as ‘BeerFes’ began in  Tokyo in 1998 and spread to Osaka in 2003, Yokohama in 2006, Nagoya in 2011 and Okinawa in 2014. It is the largest beer festival in Japan and arguably its most prestigious.

BeerFes hosts two beer awards: the ‘Asia Beer Cup’ (established in 1998, featured in Tokyo, Osaka and Nagoya) and the ‘International Beer Cup’ (first awarded in 1996, featured in  Yokohama). The “International Beer Cup” especially has become well-known worldwide and the winners, allocated Gold, Silver and Bronze across 106 beer styles, are selected from a pool of over 500 beers.

89 breweries were represented, the majority from Japan, at the 14th BeerFes Yokohama which was held from 14 to 16 September 2019, at Osanbashi Hall in Yokohama Port.

Mac, our Founder and Lead Guide, was at BeerFes Yokohama 2019 on Monday 16 September meeting with industry contacts and he made a video with highlights of his day. He made it a point to try as many obscure and new beers as possible and his analysis is up on YouTube for all to see. We’ve embedded it at the bottom of this post.

Grab the rarest beer you can find (preferably Japanese), sit back, relax and enjoy. Kanpai!

Maction Planet runs highly-rated Tokyo Craft Beer Tours, helping introduce the delights of Japan’s beer scene to visitors in The World’s Greatest Metropolis. Whether you are after a bar crawl, tours of breweries not normally open to the public, festivals like BeerFes, or discussions with brewmasters and bar owners, we can help.

As with any of experiences, your Tokyo Craft Beer Tour can be fully-customised around the rest of your time touring The World’s Greatest Metropolis and beyond. Whatever your interests in Tokyo and Japan, contact us at info@mactionplanet.com!