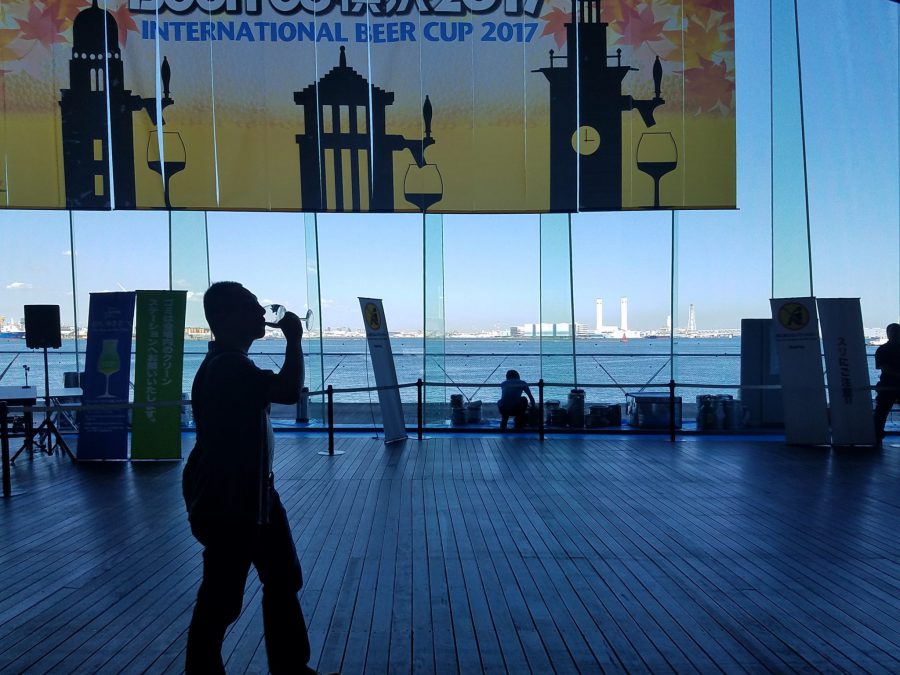 The ‘Great Japan Beer Festival’, more commonly known as ‘BeerFes’, first began in  Tokyo in 1998. It then spread to Osaka in 2003, Yokohama in 2006, Nagoya in 2011 and Okinawa in 2014. It is the largest beer festival in Japan and arguably its most prestigious. BeerFes hosts two beer awards: the ‘Asia Beer Cup’ (established in 1998, featured in Tokyo, Osaka and Nagoya) and the ‘International Beer Cup’ (first awarded in 1996, featured in  Yokohama). The “International Beer Cup” especially has become well-known worldwide and the winners, allocated Gold, Silver and Bronze across 106 beer styles, are selected from a pool of over 500 beers.

The 12th BeerFes Yokohama was held from 16th to 18th September 2017, at Osanbashi Hall in Yokohama Port. Over 100 breweries participated, the majority from the length and breadth of Japan. There was a solid representation from overseas, with breweries joining from Shanghai (Boxing Cat, who’s Tap Takeover in Yokohama we recently wrote about), Honolulu (Honolulu Beerworks), Formosa (Taiwan Head Brewers) and San Deigo (Ballast Point), amongst others.

Maction Planet was there twice. On one day we took guests as part of a Tokyo Craft Beer Tour. They were understandably very happy to have timed their trip for that weekend! We were invited back the next day by some of our friends in the industry and couldn’t pass up the opportunity!

Japan’s beer scene continues to thrive, and events like BeerFes, which are growing year-on-year in both scale, diversity and quality, demonstrate that the craft beer boom shows no sign of slowing down.

We made a video with highlights of the day at BeerFes Yokohama 2017, featuring old and new friends, a number of beers from breweries all over Japan, and the informative tasting tour led by Tetsuya Kojima, competition manager for the International Beer Cup.

This video is guaranteed to make you thirsty, so grab a cold one, sit back, and enjoy. Kanpai!

Maction Planet runs highly-rated Tokyo Craft Beer Tours, helping introduce the delights of Japan’s beer scene to visitors in The World’s Greatest Metropolis. Whether you are after a bar crawl, brewery tours, festivals like BeerFes, or discussions with brewmasters and bar owners, we can help.