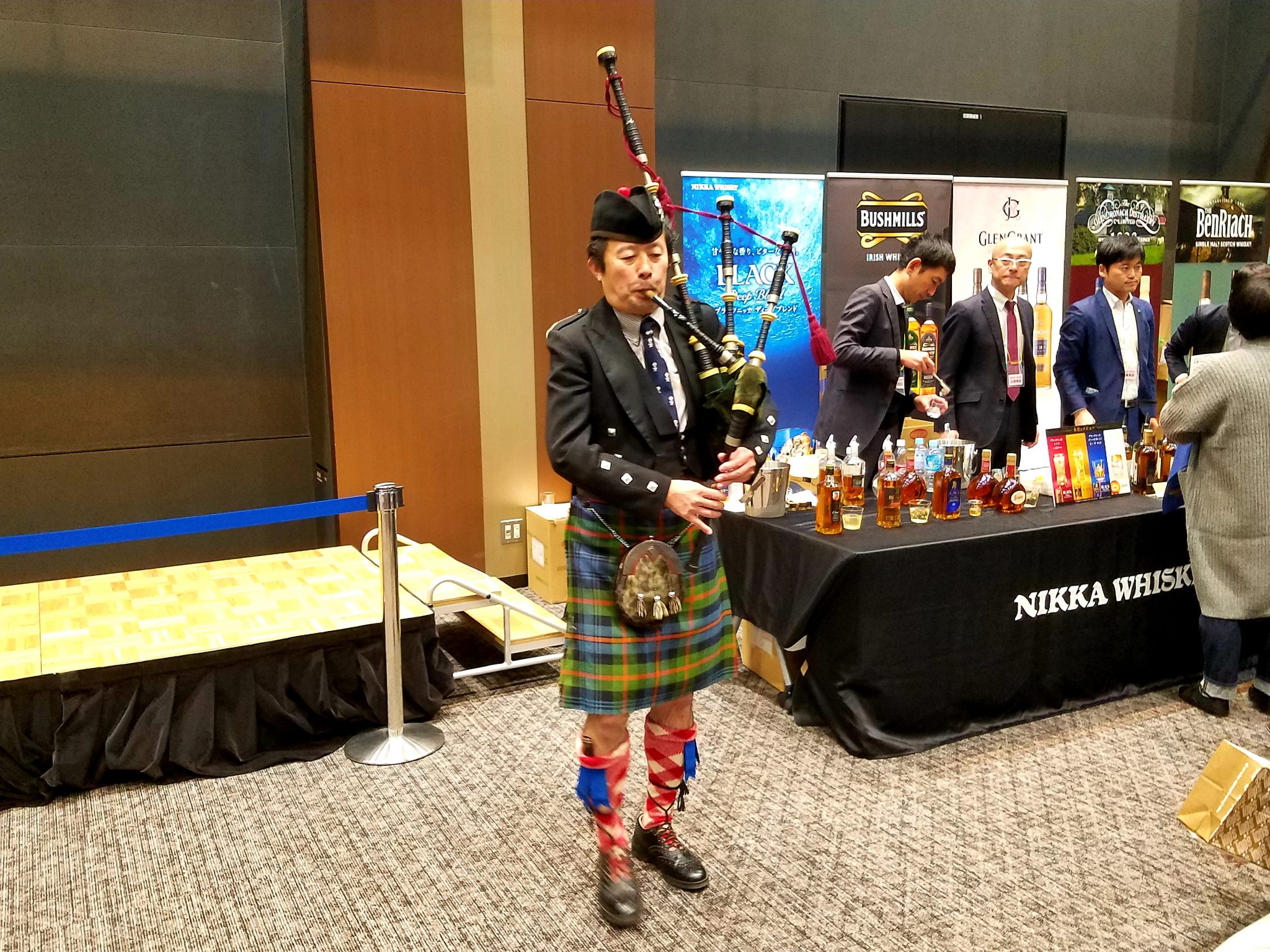 Mac, Founder and Lead Guide of Maction Planet, flaunts the fun he had at Whisky Festival 2018 in Tokyo where he got to witness an incredible performance from head of the Tokyo Pipe Band, Atsushi Yamane.

There was only one place to be whisky lovers last weekend, and that was at this year’s Tokyo Whisky Festival, officially named ‘Whisky Festival 2018 in Tokyo’. It was held over two days for the first time in its 11 year history. It has grown from 400 attendees in 2011 to over 5000 this year. The booth lineup was unbelievable, with over 80 companies in attendance. Big guns Nikka and Suntory shared their wares alongside Nagahama, Kanosuke, Akkeshi, Benizakura and others. That was just the Japanese lineup – spirits and drinks from Scotland, Ireland, Taiwan, Australia and elsewhere were enjoyed by the thirsty crowd.

One of the highlights was the incredible bagpipe performances from Atsushi Yamane (山根篤). Atsushi participated in the Tokyo Piping Society during his university days. He then studied under Seamas MacNeill, John D Burges and Donald MacLeod at Scottish College of Piping. He obtained his Bagpipe leader license. He established the Tokyo Pipe Band and currently leads the band as a pipe major (conductor and chief player). He is very active in promoting bagpiping in Japan and has frequently played at events such as the Celtic Festival Japan, the Japan Scottish Highland Games and Japan Scotland Festival, amongst others.

It was a joy to witness Atsushi taking his performance ‘on the road’ so to speak, entertaining the crowd as he weaved his magic to provide authentic musical accompaniment to a delighted audience.

Maction Planet runs bespoke Private Tours and Experiences in Tokyo and beyond, including Tokyo Whisky Tours. To book yours, contact us at info@mactionplanet.com