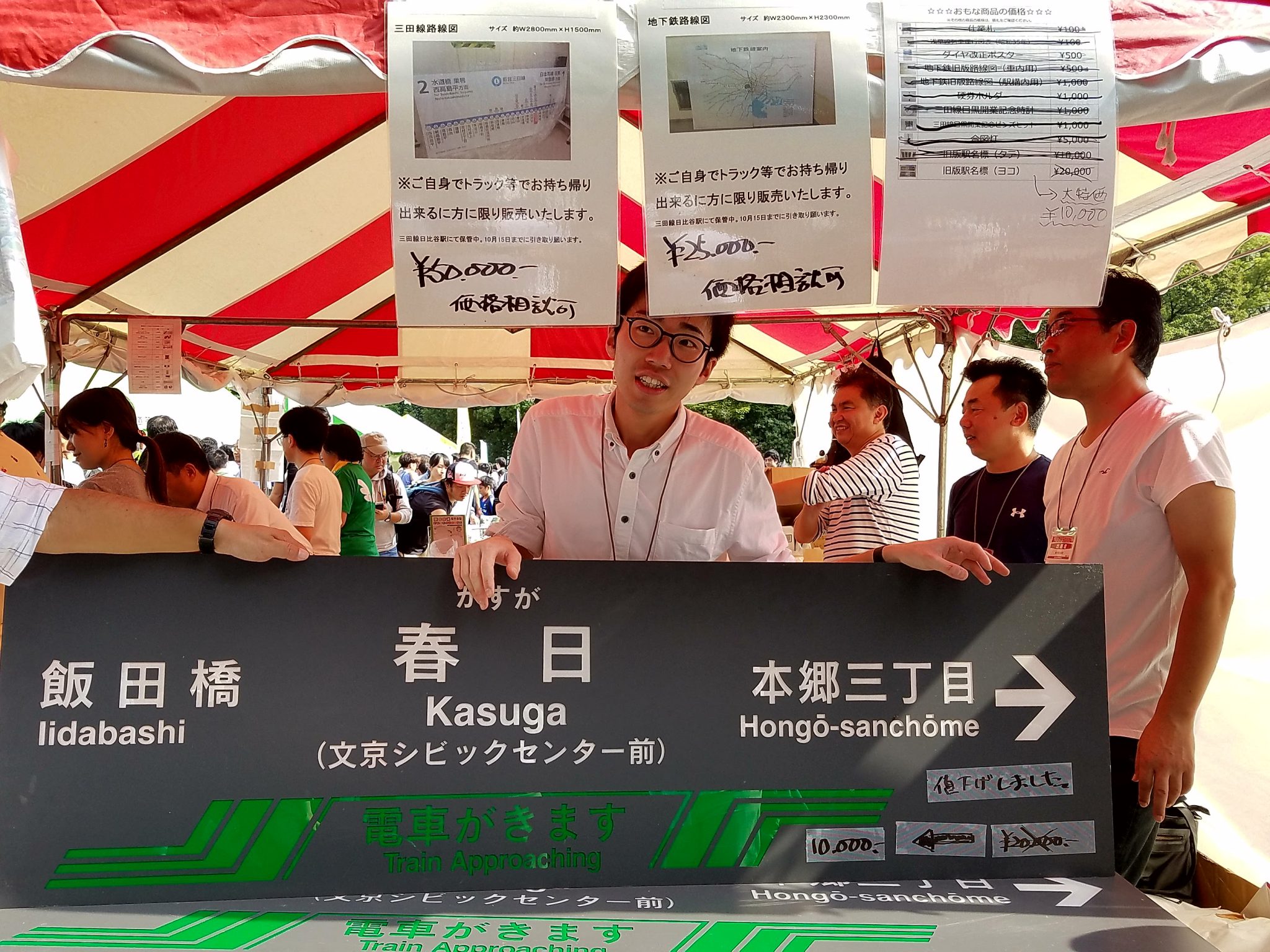 Sadly, Railway Day is not a national holiday here, but Monday 9 October 2017 was (it was Health and Sports Day), which is why many festivals were held over that weekend, including the 24th Railway Festival in Hibiya Park, organised by the the Ministry of Land, Infrastructure, Transport and Tourism. It featured booths from rail companies all over the country – big and small – selling souvenir goods as well as concerts, giveaways and perennial favourite Thomas the Tank Engine. You could even buy ekiben, bento box meals usually sold on trains and train stations in Japan.

We visited the festival with guests who were experiencing one of our special “Only in Tokyo | Limited Edition” tours. These are tours which can only be run on that particular day. They feature unique events, festivals, fireworks displays, temporary art exhibitions and seasonal or limited edition foods and drinks. On 8 October we enjoyed three different festivals around the city, ate limited edition ramen and drank seasonal craft beers at the end to toast an incredible day in The World’s Greatest Metropolis.

1. (Featured image) An actual used sign from Kasuga station on the TOEI Oedo Line! A bargain at only ¥10,000 during the ‘Time sale’ 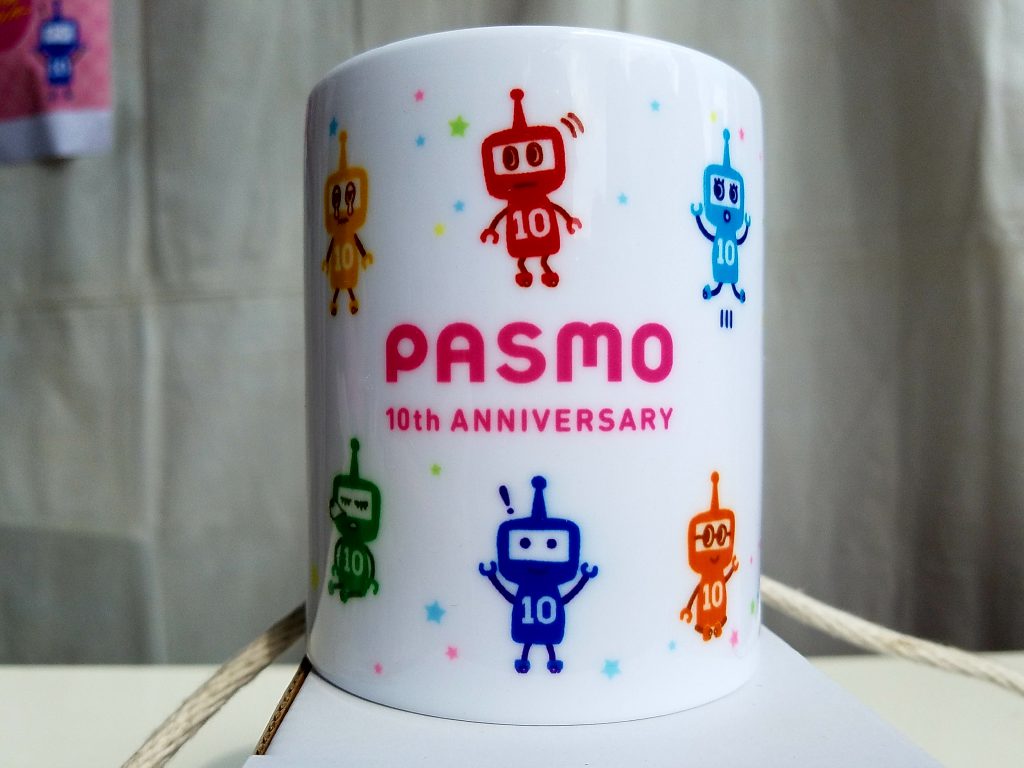 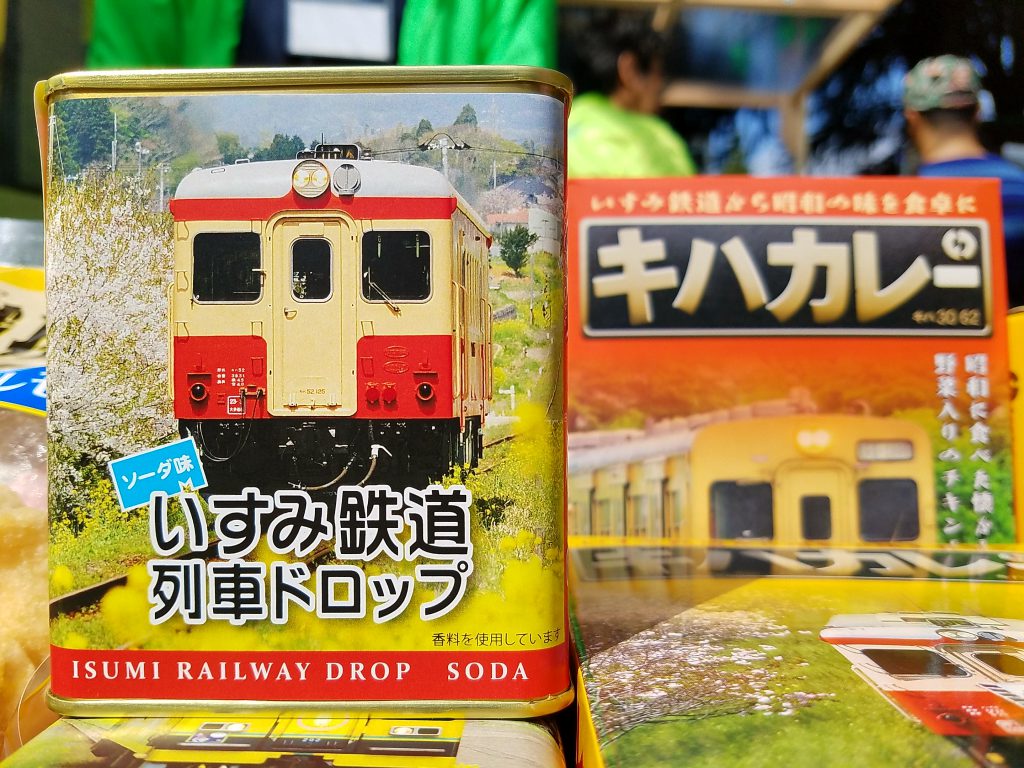 4. Doctor Yellow Cap! Doctor Yellow is the Shinkansen’s high-speed test train, making sure that everything is in good working order. 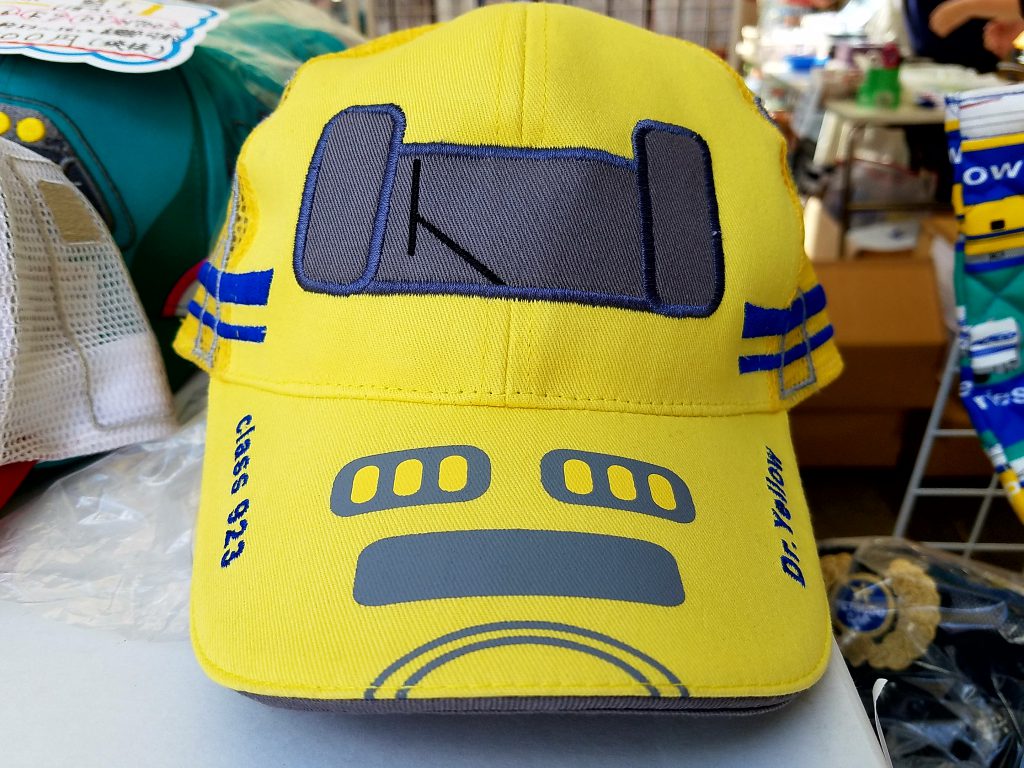 5. A set of Shinkansen socks for your fleet-footed child. 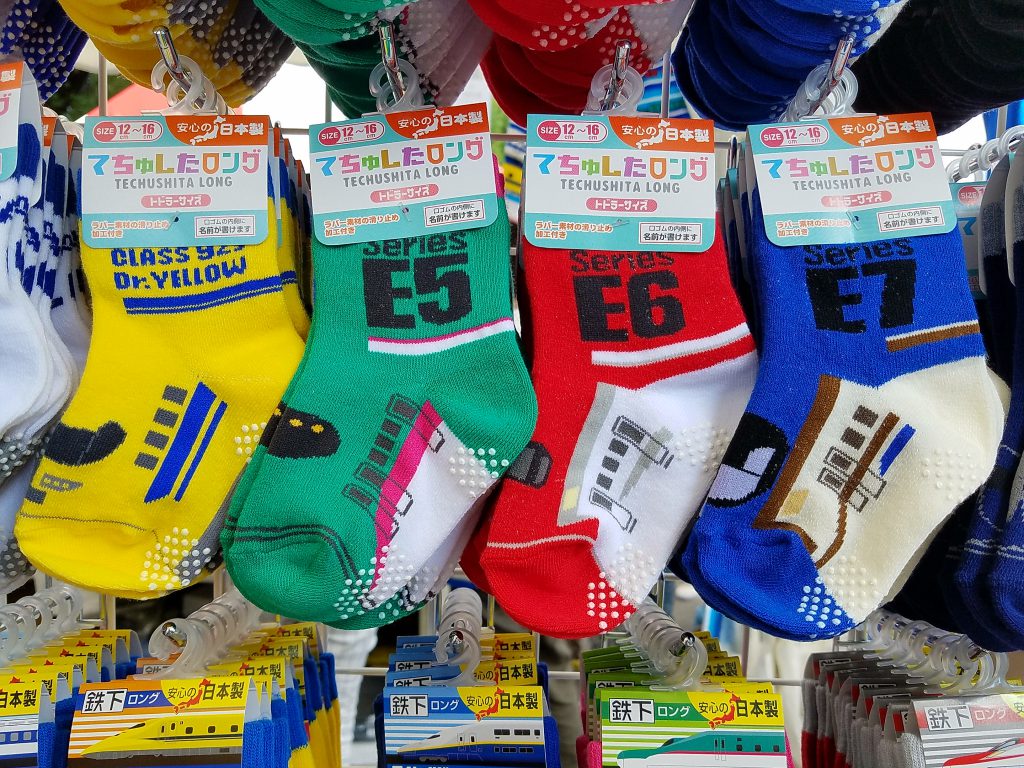 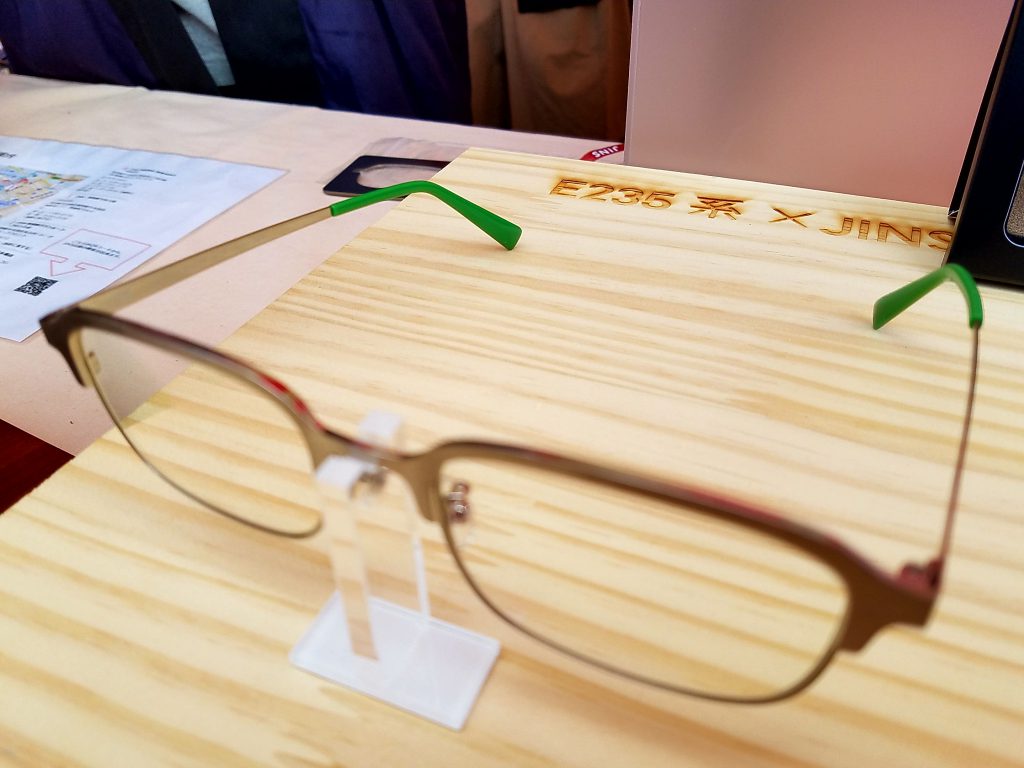 7. Make your own E5 Bullet Train… then wear it on your head! 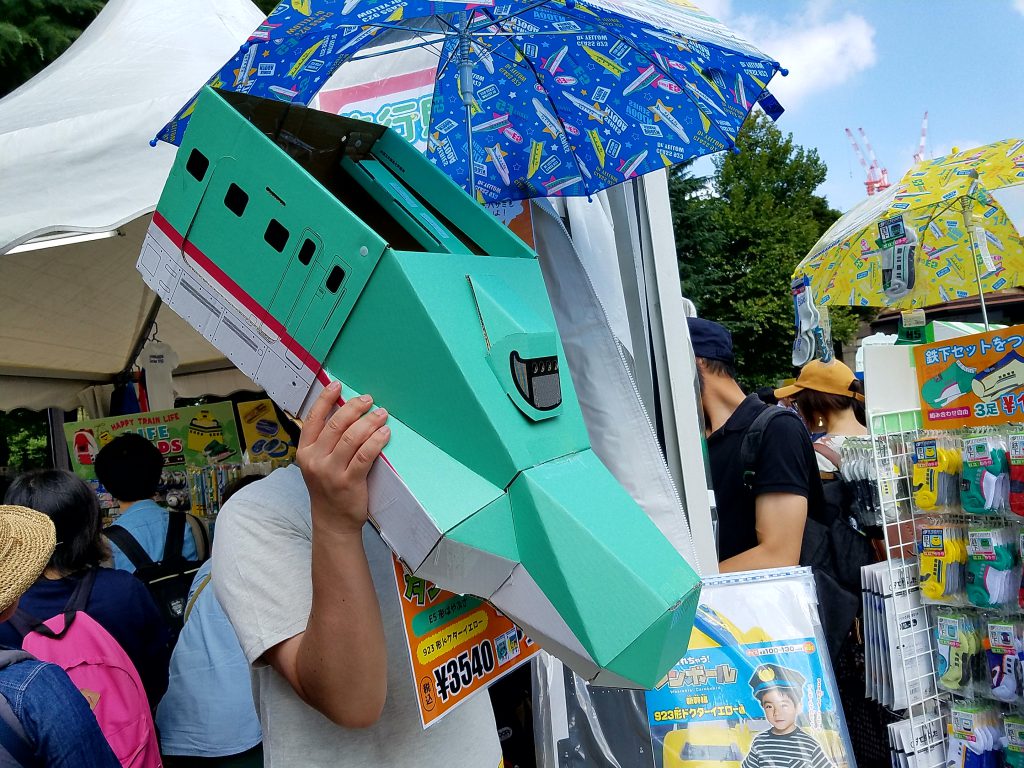 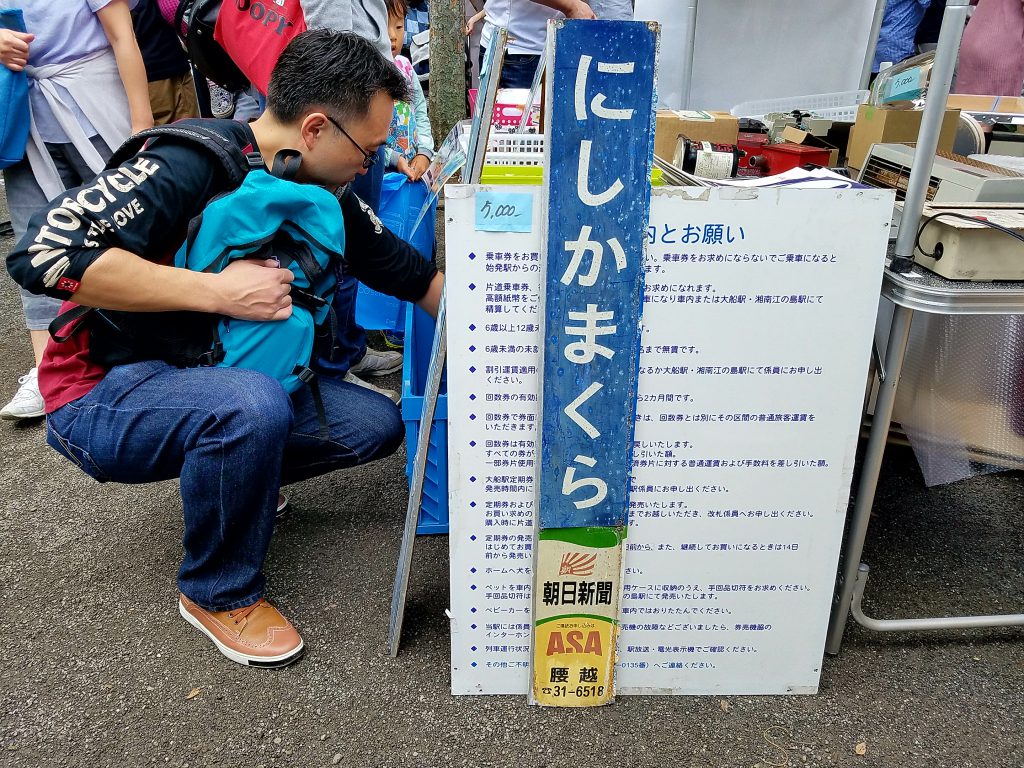 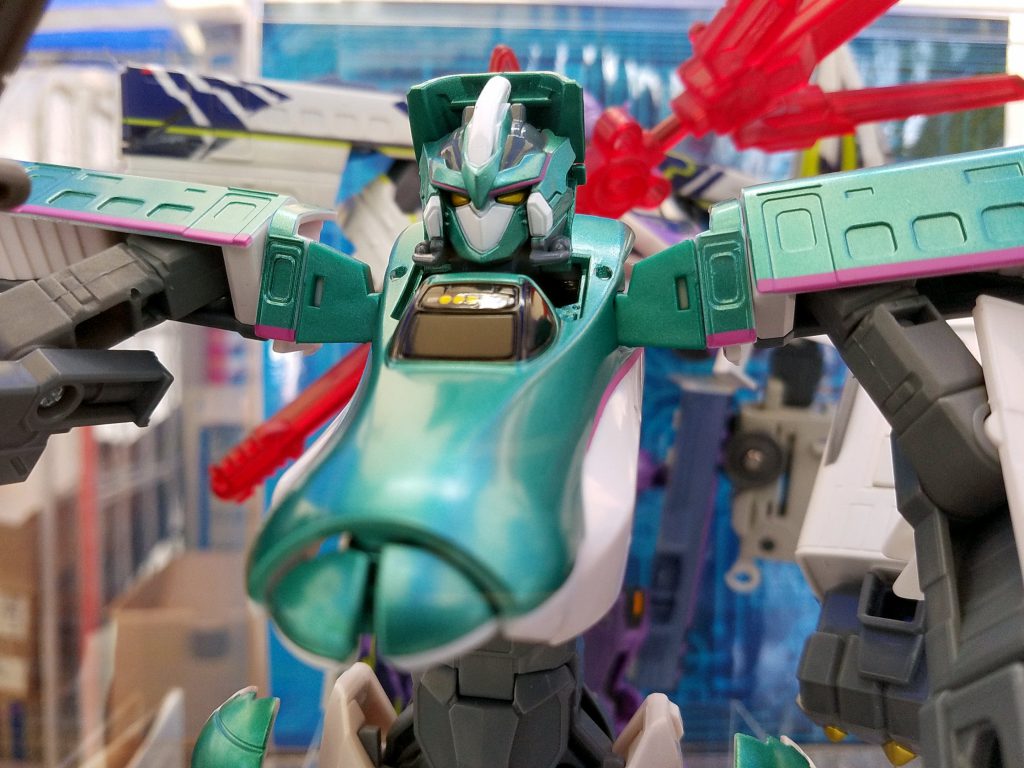 10. For the person who has everything… a hanging strap, complete with grab handle, from the Sanyo Electric Railway, which runs between Himeji and Kobe. 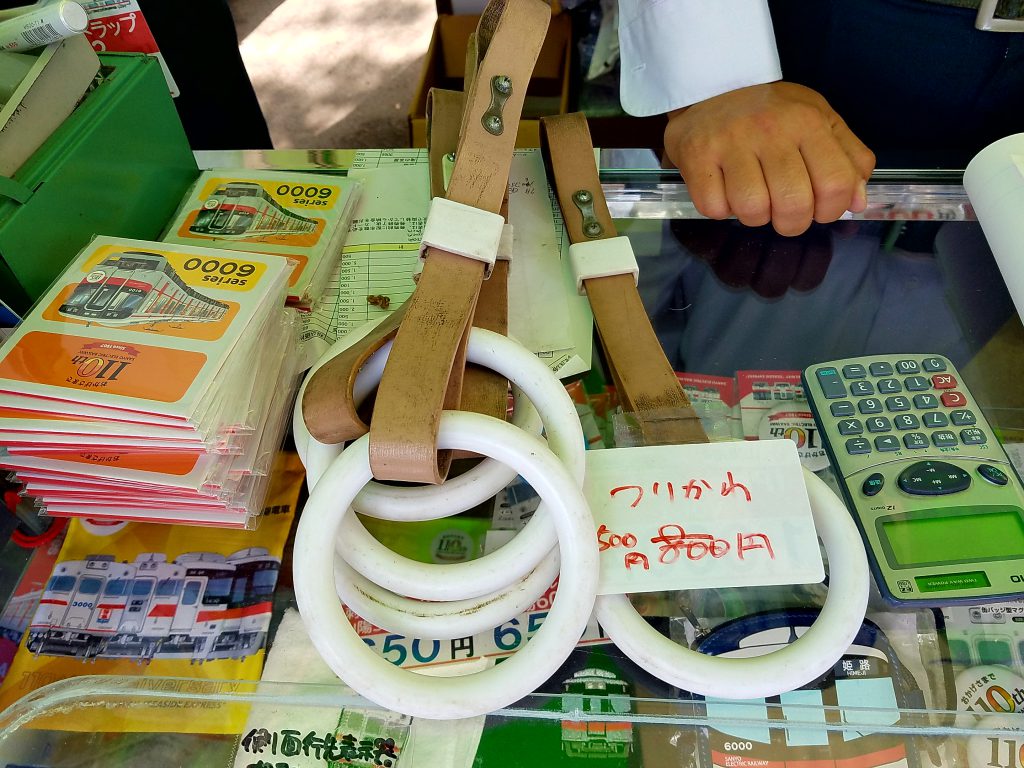 11. Calendars. Many, many calendars. 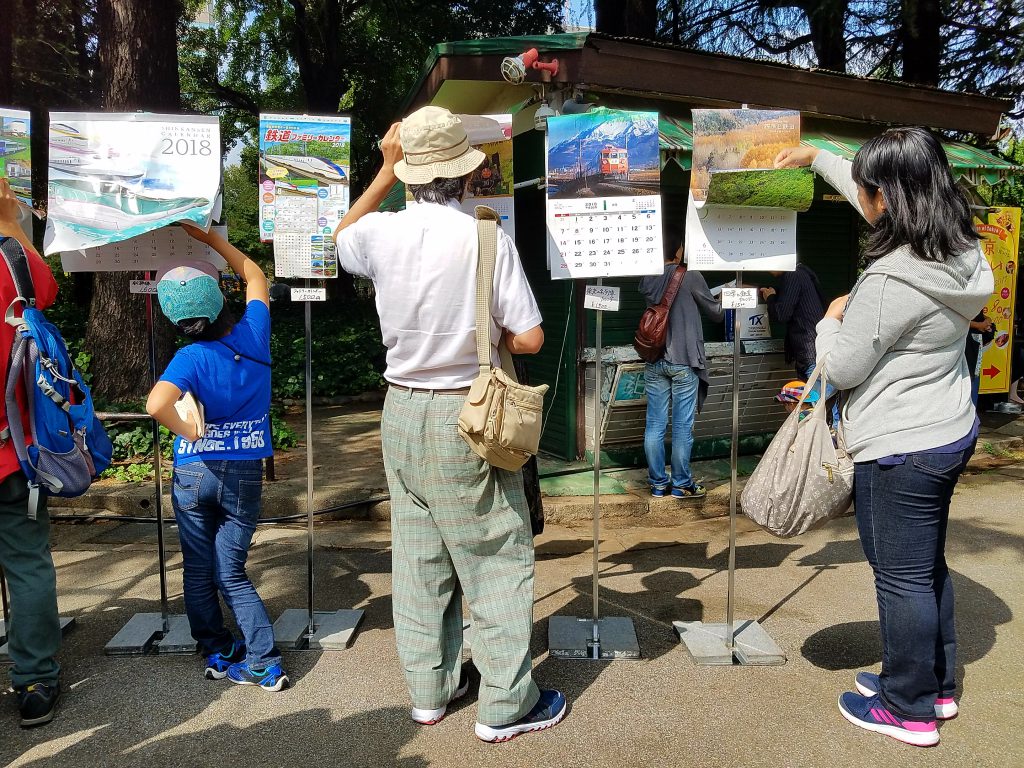 12. The classic logo of the Hitachi Train, which runs from Ueno in Tokyo to Iwaki in Fukushima, now makes a fabulous chopping board! 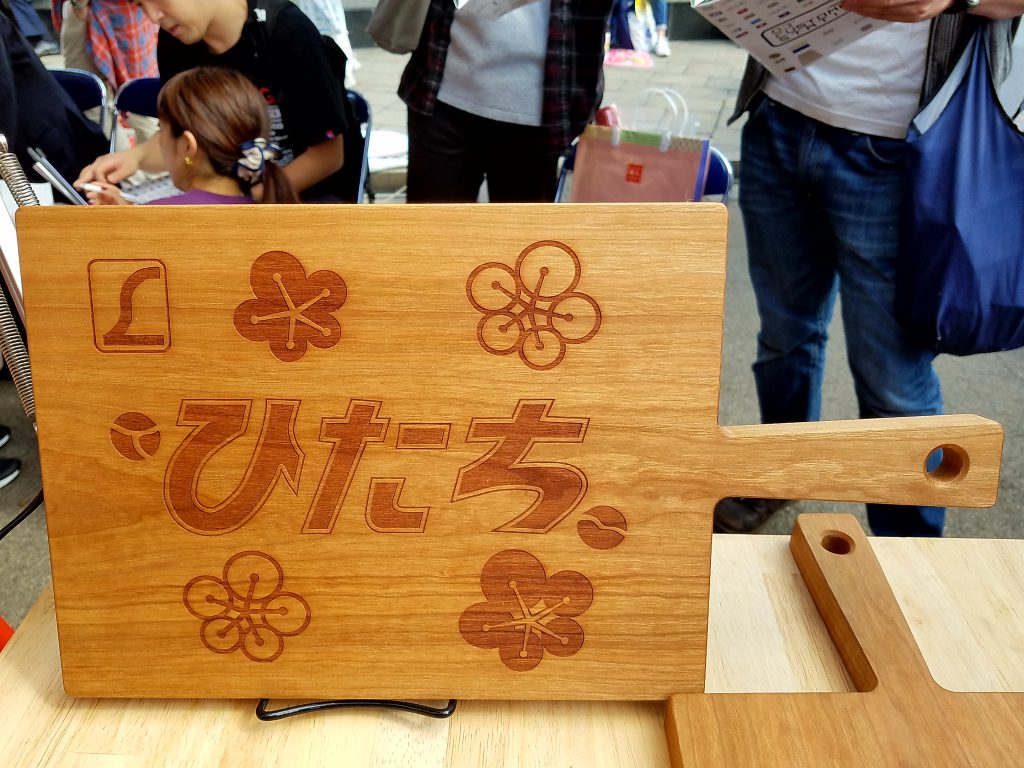 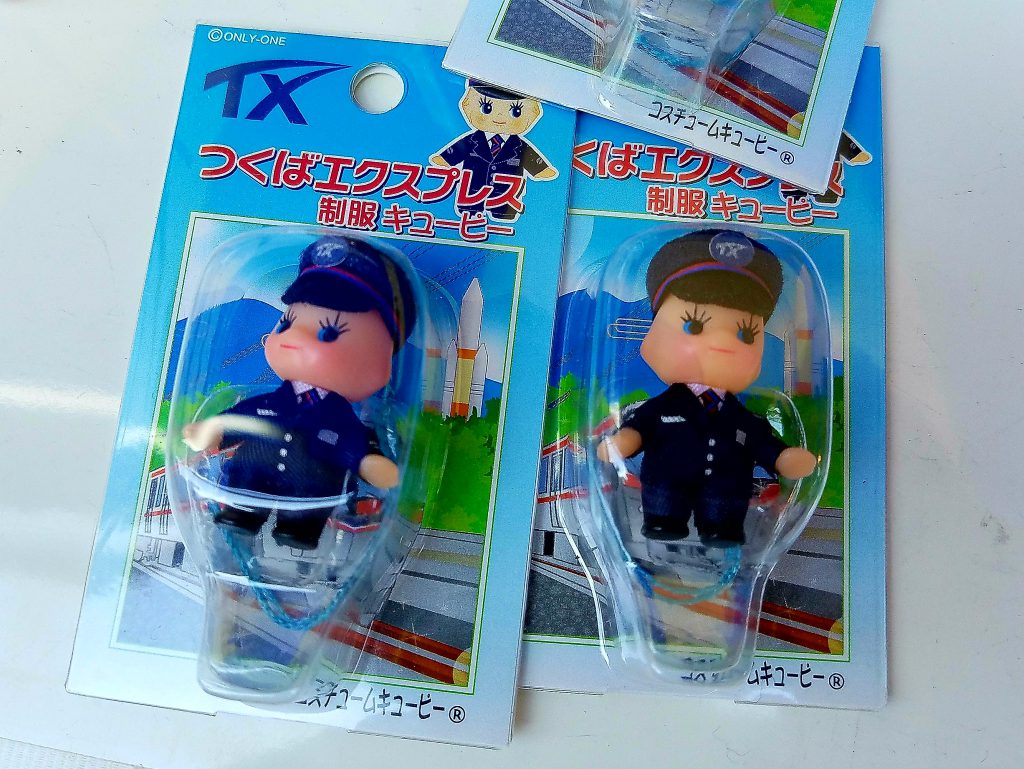 14. Carp Boy is watching you… get a regular reminder of his oversight with this Passcase collaboration between the Hiroden (Hiroshima Electric Railway) and the Hiroshima Carp Baseball Team. 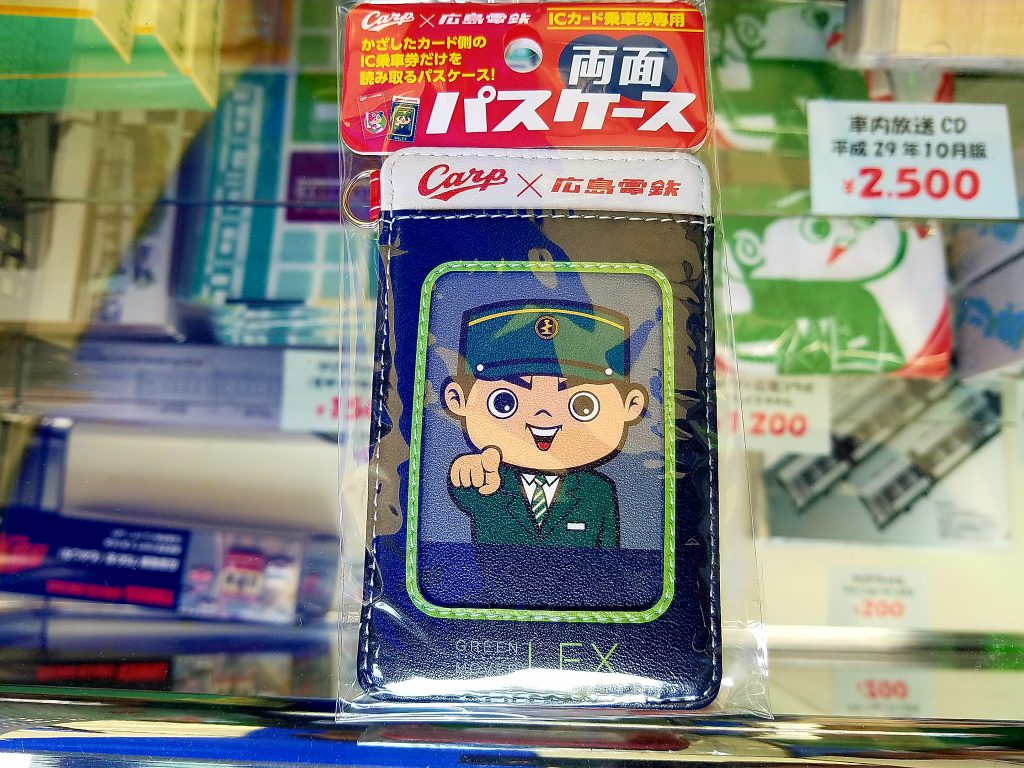 15. The Keihan runs between Yodoyabashi Station in Osaka and Sanjo Station in Kyoto. Now you know, in case you every want to start a conversation with someone with this on their back! 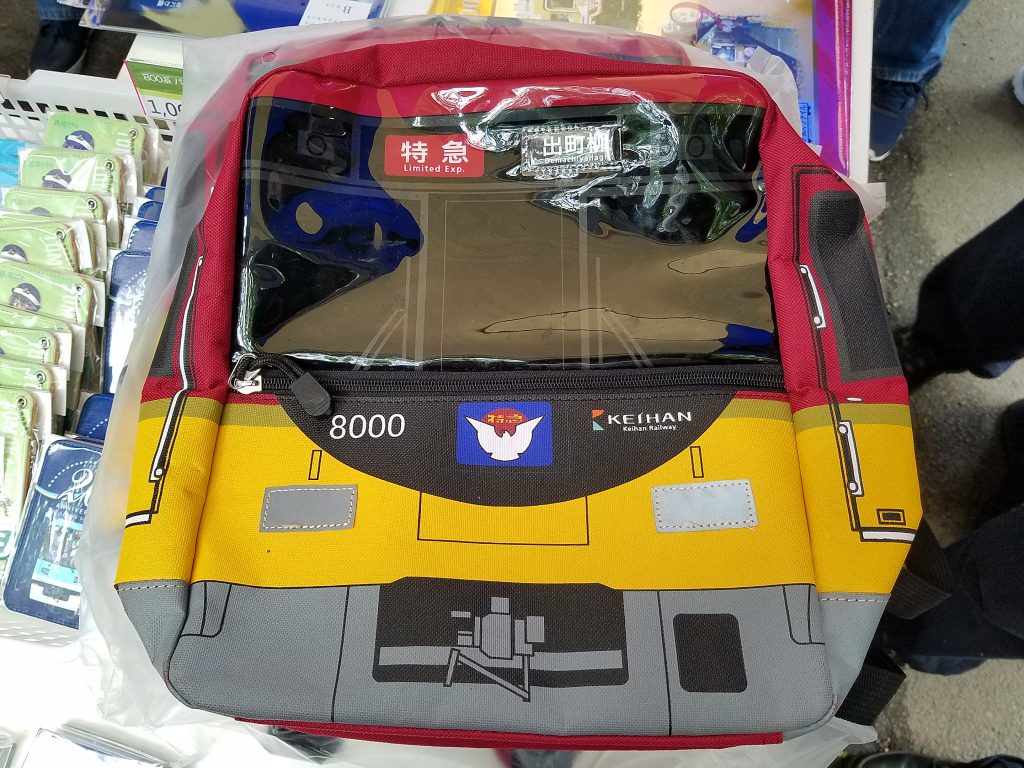 16. Umetetsu is the mascot of the Kyoto Railway Museum. According to them, he “is a young male swallow, full of energy and brimming with curiosity, who visits Kyoto for the first time one spring. He happens to see a steam locomotive and railway, and immediately feels that his destiny is calling him”. It just gets better – in his ‘self-introduction’ he describes his best features as his “childlike qualities: rosy cheeks, tousled feathers, and eyebrows raised out of unquenchable curiosity”. ‘Nuff said! 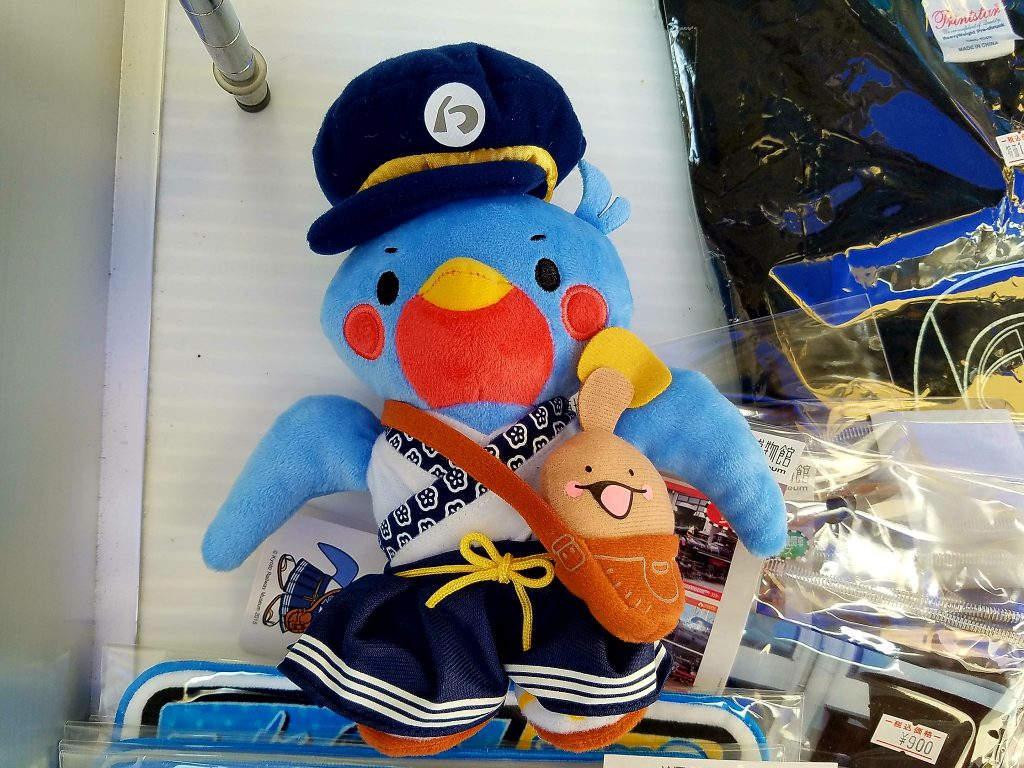 17. Tama (たま, 29 April 1999 – 22 June 2015) was a female calico cat and station master of Kishi Station on the Kishigawa Line in Wakayama Prefecture, Japan. One of the fastest rising employees in Corporate Japan, Tama reached the title of Ultra Stationmaster and Vice President of the entire company in her lifetime. Since passing, she has been given the title ‘Honourable Eternal Stationmaster’, watching over the station and her replacement, Nitama (にたま, Tama No. 2). Honour her memory with this earphone jack. 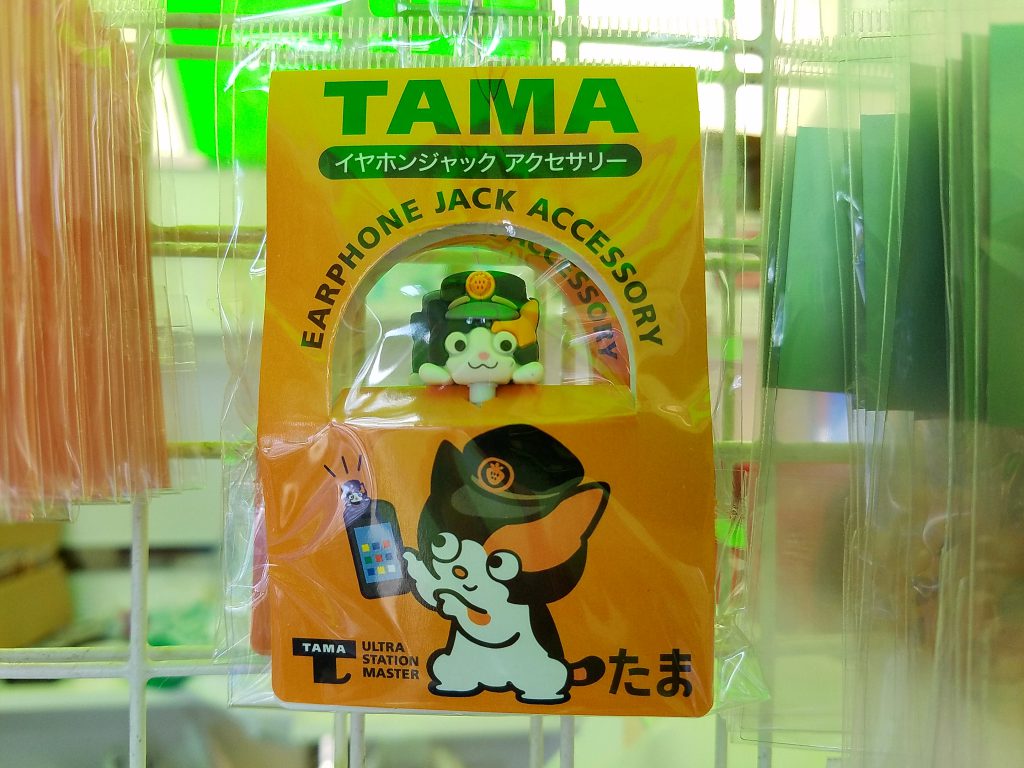 18. みんくる (Minkuru) is the official mascot of TOEI Transportation, the Bureau of Transportation of the Tokyo Metropolitan Government. Purchase it as a bag, and get a free stop buzzer! 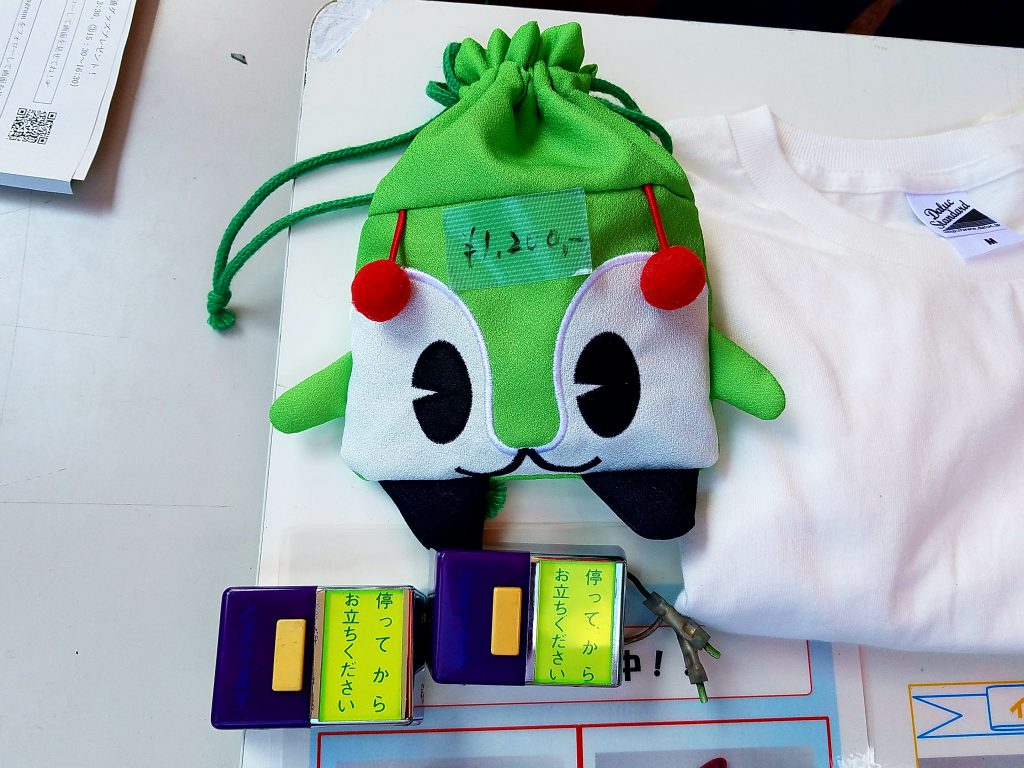 19. Suica is JR’s rechargeable smartcard, useful for guests to The World’s Greatest Metropolis and beyond – it can be used throughout most of the country. The Suica Penguin had to show up here at some point. Here it is on some fine china! 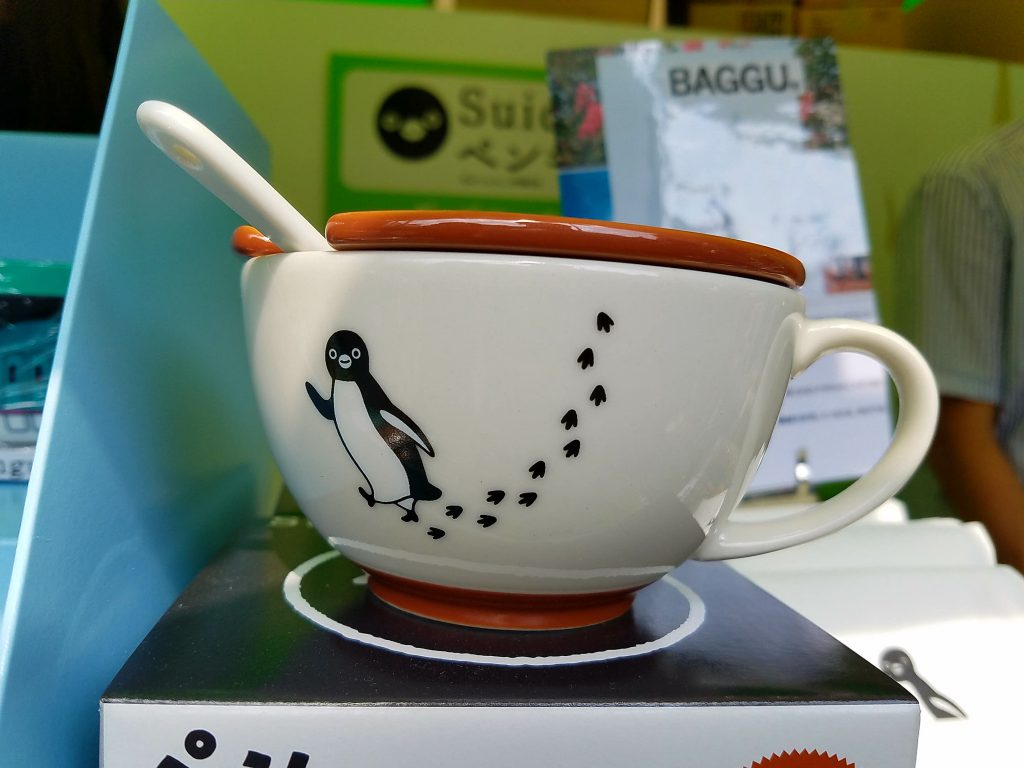 20. Kitaca is the Suica of Sapporo, the capital of Hokkaido. The Ezo Momonga Flying Squirrel is the mascot of the card, here in pass case form. 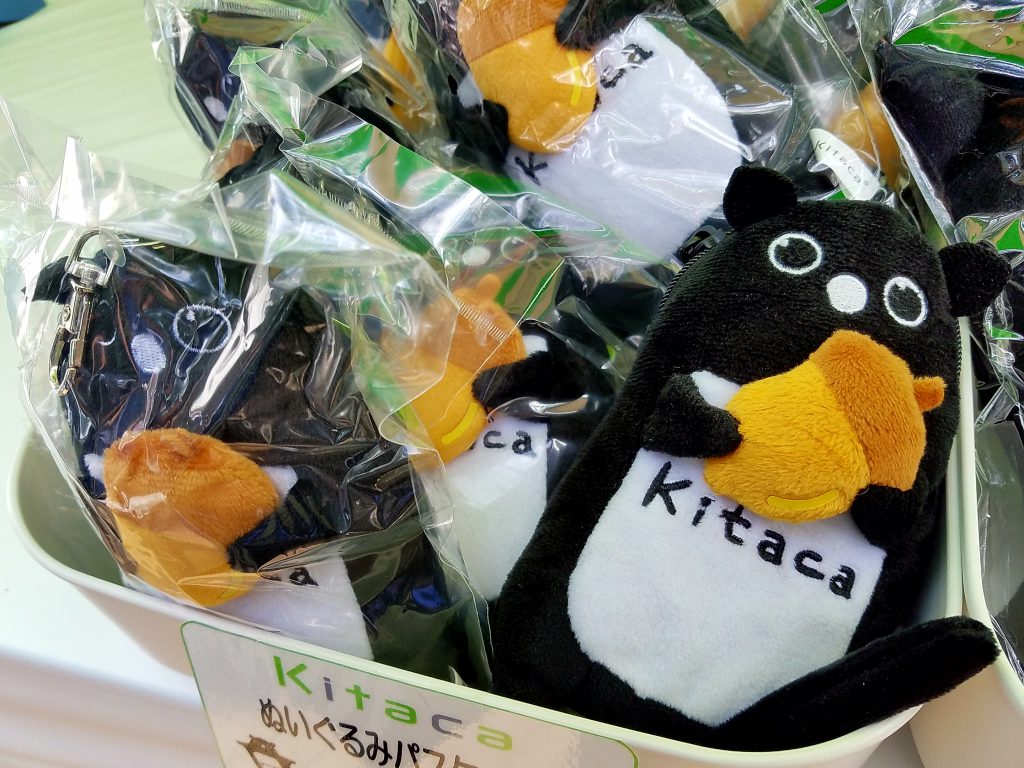 If you enjoyed this post, check out our Brief History of Japanese Railways.