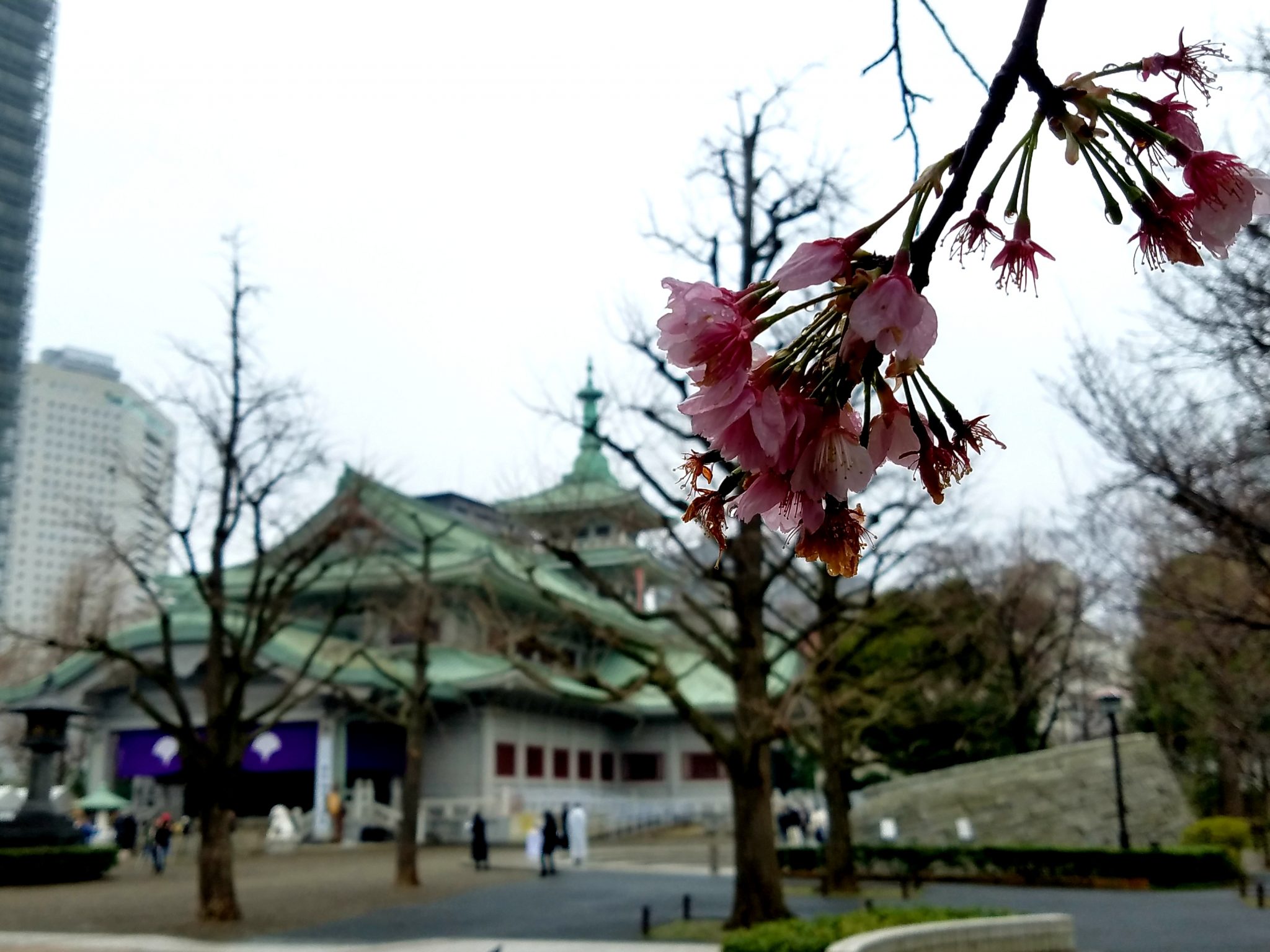 10 March 2020 marks the  75th anniversary of 1945 Great Tokyo Air Raid, the largest conventional weapons bombing in human history. 100,000 people, primarily women, children and other civilians were killed and the entirety of East Tokyo was all but wiped out. Mac, our Founder and Lead Guide, attended two memorials to remember the victims of this forgotten tragedy. Read and watch his day of remembrance on the streets of his favourite city.

Walking around East Tokyo now it is incredible to conceive that 75 years ago it had been raised to the ground overnight through the creation of a hellish man-made inferno sent from above.

The academic details of what happened that day – numbers of deaths and people made homeless, times, payloads, strategies and trajectories – are readily available and they are so horrific that I do not want to repeat them. What is a tragedy to this day is that even in Japan the details of the horror of the Great Tokyo Air Raid are little known.

As a Tokyoite I wanted to head out to pay my respects to the victims and survivors of this unspeakable disaster on this anniversary day. The measures taken to attempt to curb the spread of COVID-19 impacted the number of people attending these memorial events, which is one reason why I felt it was even more important that I be there. 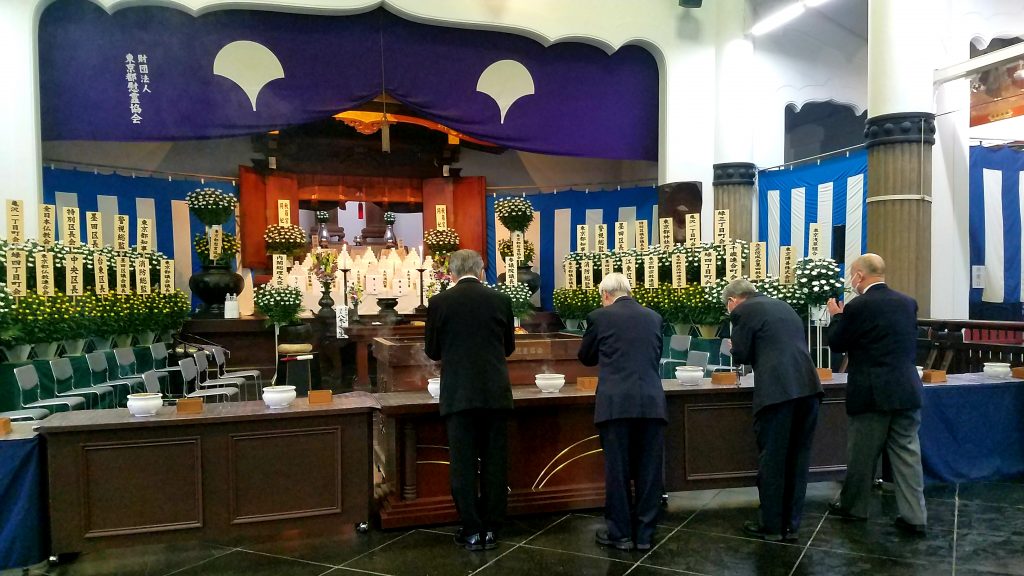 First I visited Yokoamicho Park. A Buddhist Memorial Service was held in the Tokyo-to Ireido, the Tokyo Metropolitan Remembrance Hall, with 20 invite-only attendees due to COVID-19 measures. Typically 400 or so people would attend. After the service, the general public were allowed into the building to pay their respects. I also paid my respects at the Peace Monument and reflected and meditated in the Japanese Garden which forms part of the park.

After that, I walked through the Shitamachi – the downtown area of Tokyo targeted that fateful night – to the Great Tokyo Air Raid Memorial Monument, by the banks of the Sumida River, to attend a memorial service, where survivors told their stories of what they witnessed on 10 March 1945. After the speeches, we all laid a flower at the memorial. 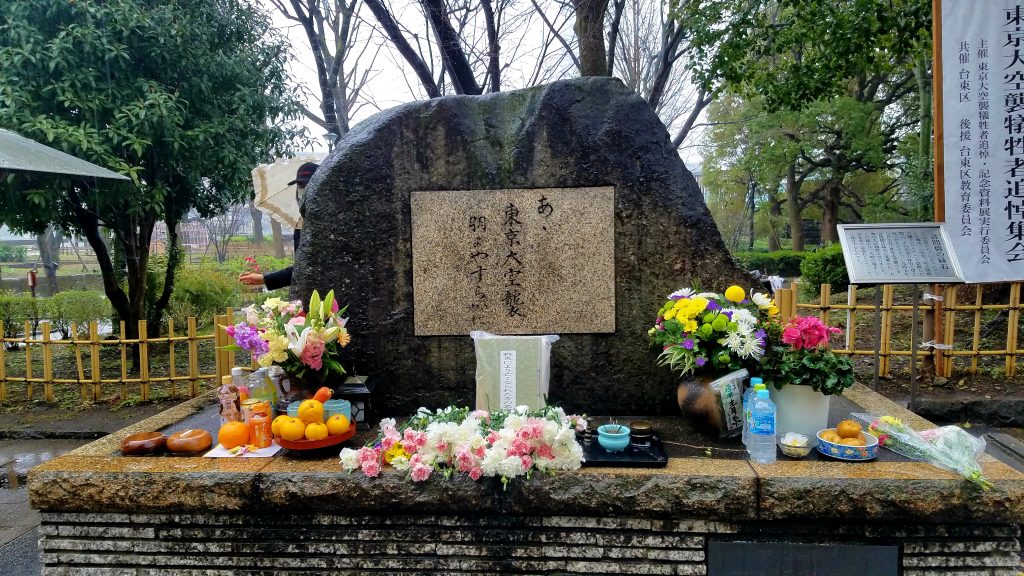 Speaking to survivors I struggled to hold myself together as their words transported me to a world of hiding in rivers and underground bunkers, running and praying for your life as your family, friends and everything you ever knew spontaneously combusted around you.

The overriding thing that weighed down on me on this journey was the true, unspeakable horror of war.

The Maction Planet team have made a video of my journey around Tokyo. I appreciate their hard work to get this out as soon as possible. You can watch it here:

At the end of the film I discuss why I sign off all my videos with “We continue…”. Whatever happens, we have to keep going. My hope is that each day brings humanity closer to world peace. The journey will be difficult but for now, “We continue…”

Filmmaker Adrian Francis is currently in the final stages of producing ‘Paper City’, a documentary telling the story of three survivors, who are fighting to leave behind a record of this forgotten tragedy – before the last of them passes away. Read our ‘Mac on Tokyo’ interview with Adrian, in which we discuss his journey to Tokyo and the making of this important film. To finish the film in time for a 2020 release – 75 years after the bombing – the makers have launched a crowdfunding campaign, which runs until March 30 2020.